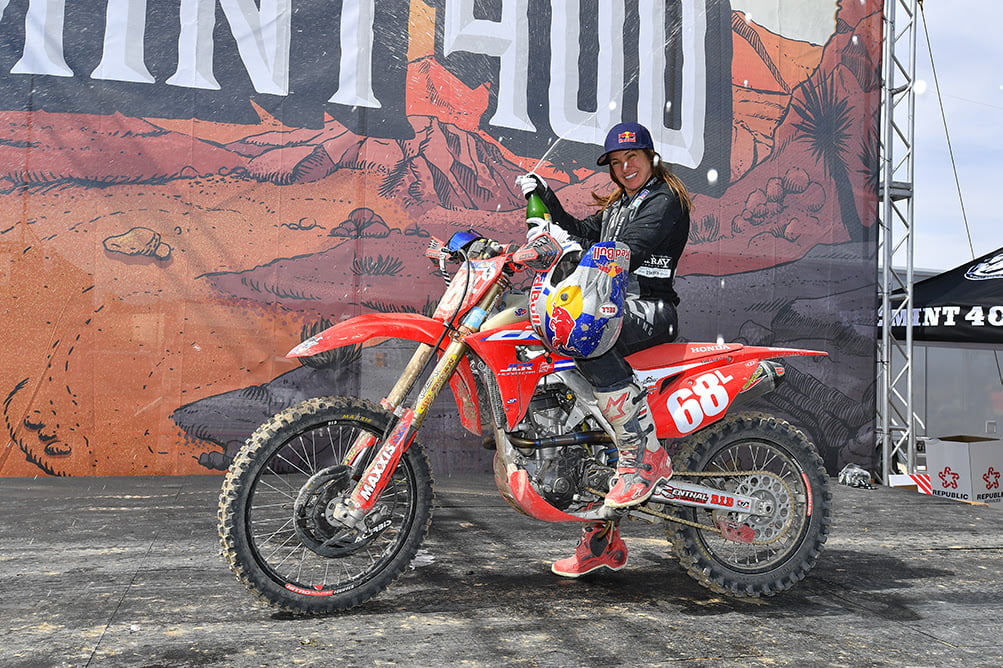 Mad Media’s “Mint 400” hosted the 3rd round of the NHHA series. The race site was located outside of Las Vegas in Primm, Nevada. The course was a very fast 80-mile loop, with Pro’s and Teams racing 2- laps for a total of 160 miles.

Tarah Gieger has been on a terror this year claiming her 3rd straight NHHA victory & 1st Mint 400 Victory. Tarah now has a commanding points lead in the Pro Women’s class for the National Championship on her CRF250RX!

All three riders got off to less than desirable starts, battling brutal dusty conditions and very high speeds. Preston took advantage and moved his CRF450X forward from 12th to 8th overall by the end of the 160-mile race.

Kendall Norman, who had taken a hiatus from racing to focus on helping HRC and Ricky Brabec win the Dakar Rally as Brabec’s mechanic, had not raced in over 6 months and rode to a conservative 11th overall.