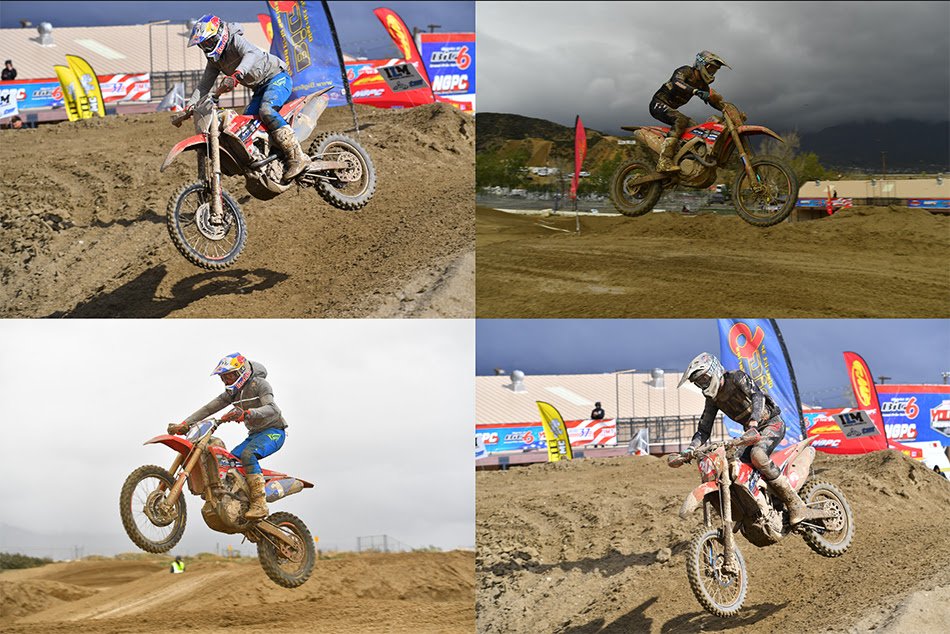 Glen Helen was the location for the 3rd round of NGPC. The Prairie Dogs MC always does a great job with a course layout that encompasses all that a Grand Prix should be; MX, Fire roads, single trails, paved sections, sand washes, rocks, tight canyons, fast and technical sections and oh yes, weather! The rain started before the gate drop and poured the first half of the 1.5hr event, recking havoc on many top competitors that were not prepared for the mud. The JCR/Honda racers Tarah Gieger and Preston Campbell prepared accordingly, setting the stage for two solid finishes. Preston had a great jump off the line in 3rd at first turn and shuffled to fifth as they left the MX portion of the 8.5-mile track. Unfortunately, Preston had a setback on the first lap, colliding with a rock in a steep canyon. he wrapped the shifter around the footpeg and was unable to shift. Quick thinking by the young Campbell brought him into the pits prematurely where the JCR crew installed a new shifter pedal. He then rejoined the race well down on time. PC did work and solidly brought his CRF450RX to a respectable 6th place In the Pro class for the day. Tarah Gieger also had a great race hole shotting the lady Pros on her CRF250RX. She battled with her rivals for over an hour and a half, to land in second position taking her 3rd podium for the series. Entry numbers a staggering 1969. 3200 through the gate. Record numbers for this event.