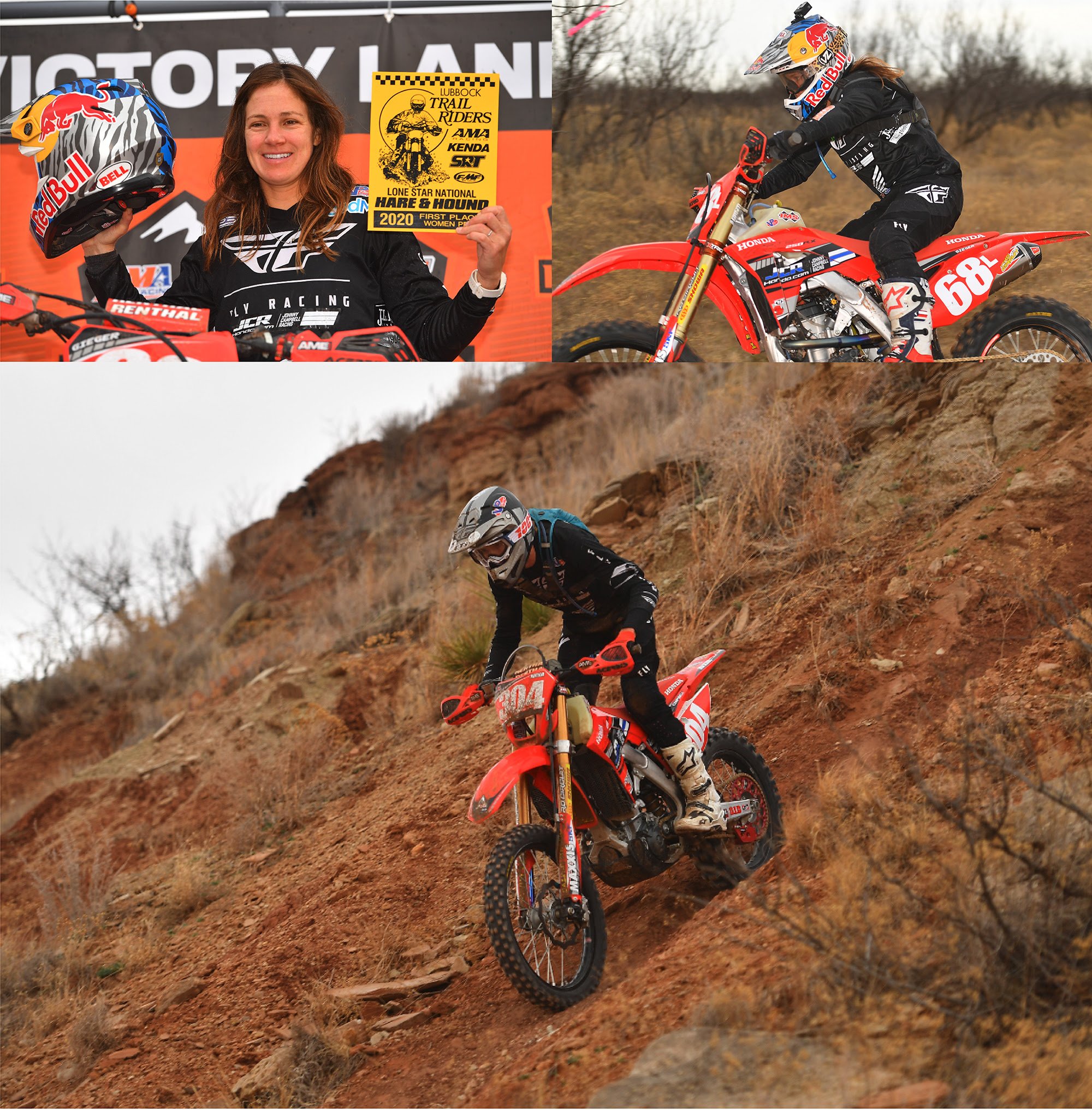 Round 2 of the NHHA championship took us East to Lubbock, Texas. Host Club, Lubbock Trail Riders MC layed out a great 80-mile course consisting of 2- separate loops, using the best terrain west Texas has to offer and mixed with a light rain made for great racing conditions.
JCR/Honda’s Preston Campbell didn’t quite get the start he was hoping for but thanks to the wet weather that kept the dust to a minimum he was able to pull back up to 7th by the end of the first 38-mile loop. He forced his way through the pack on his CRF450X and engaged in an all-out battle for almost the entire second loop, running as high as 4th overall. In the end, Preston earned a solid 5th for his first Top 5 finish since moving up to the 450 Pro division.
Tarah Gieger rode a conservative pace the first loop in the unfamiliar Texas terrain. After the pit, she was caught up in a three-way battle for nearly 40 miles. It wasn’t until the last 10 miles that she was able to break away and take the win on her Gage Day prepped JCR/Honda CRF250RX.