Building and running your own short course team is no easy task, it takes a lot of hard work and the help of a group of people to stand by you. Jeremy McGrath after driving for other teams in the past has been at the helm of his own team and today he got the ultimate payoff as he took home the win in Pro 2. After qualifying sixth earlier in the day and after a 6 position inversion, McGrath would start front row along with Brian Deegan. 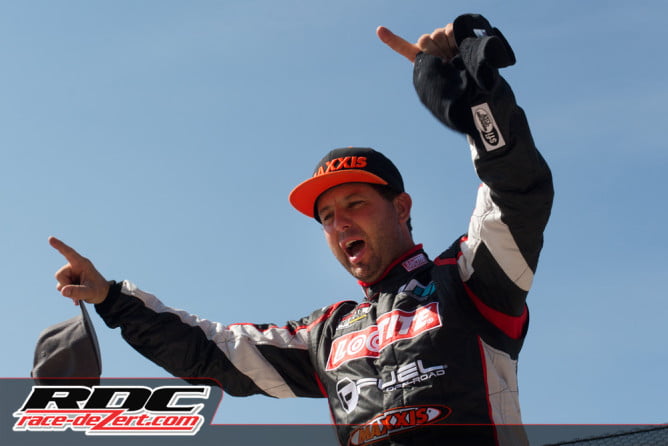 McGrath would pull the lead off the green flag and would stay there the entire race giving him his second Pro 2 win of his career, his last being in Las Vegas in 2011. A few yellow flags would bunch the group back up giving Carl Renezeder and Rob MacCachren the chance to get by McGrath but the opportunity never came as Showtime ran a perfect race running his lines and grabbing fast lap to go along with his win trophy. 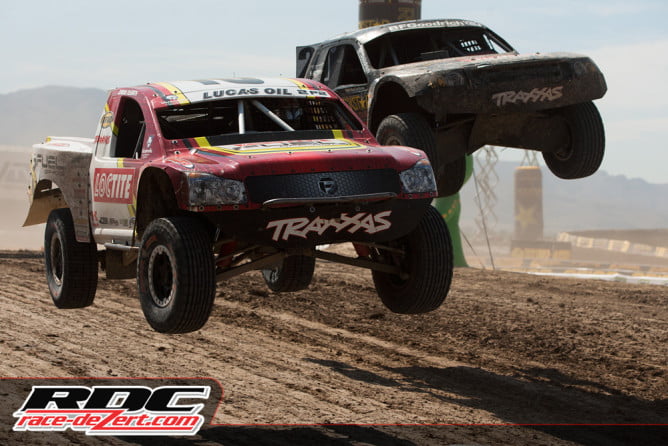 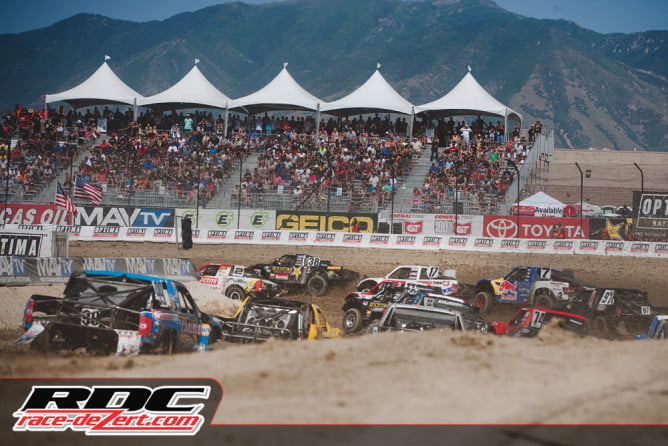 In Pro 4 Kyle Leduc ran away with the win once again making it 7 in a row this year and stretching out his points lead. In what could be called a perfect weekend, Leduc qualified first both days and won each round, and in both races lead the entire time. Bryce Menzies and Rob MacCachren charged hard behind him battling for second, and Brian Deegan was close behind as well. 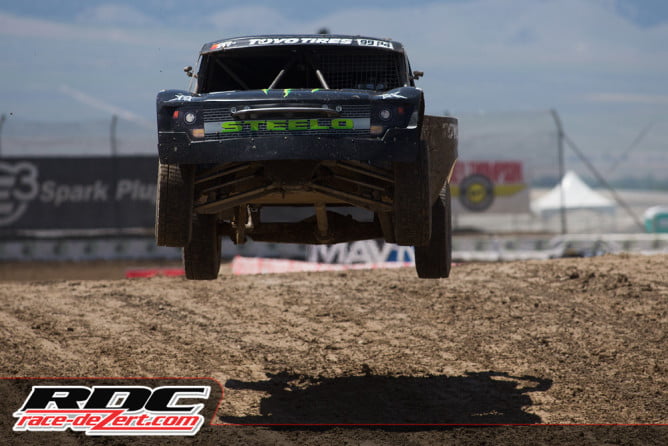 On lap 11 both MacCachren and Deegan were able to sneak by Menzies and going into the last lap it looked as though that would be the podium, however Menzies would get by Deegan, and in the last turn Deegan would force Menzies into the k-rail earning a black flag. The incident would let Renezeder take the final podium spot. 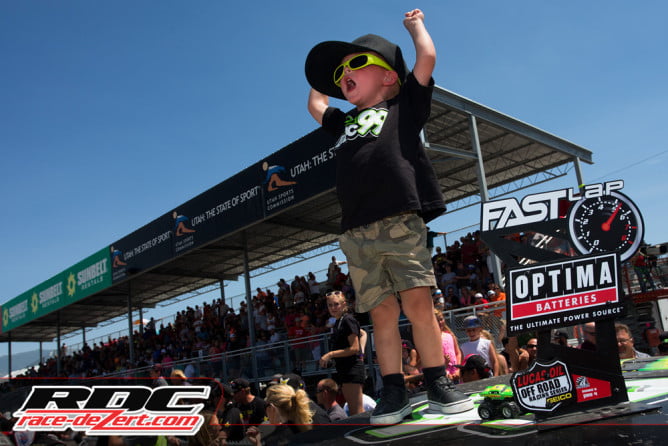 Mike Valentine took the win in Pro Buggy taking home his first career win in the class. Like all the other winners today Valentine lead the race from the start and never looked back, though now one behind him ever came close to taking over the lead. Darren “Hot Sauce” Hardesty Jr. coming off his first career win the day before would finish second giving Alumi Craft the win both days. Garret George who came into Utah with the points lead took third place securing his points lead going into Glen Helen. 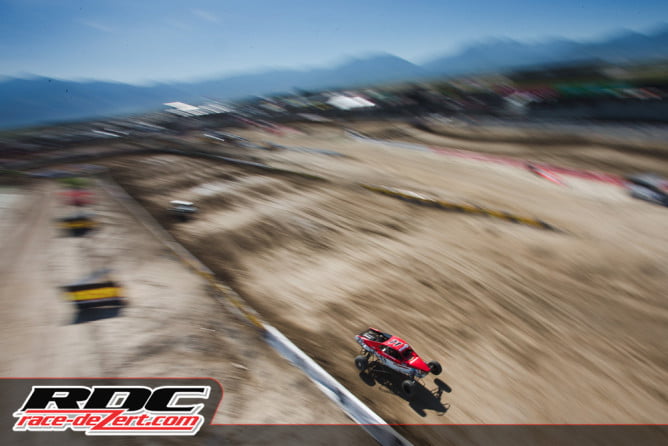 Would Prolite also have the race winner lead the entire race? Yes. RJ Anderson qualified first earlier in the day and with no inversion would start front row left side. When the green flag came down it was Anderson who would lead the pack of Prolites out of turn one. While the other classes the race leader had a comfortable lead, in Prolite Anderson had to work for it. Brandon Arthur would pass Anderson once around the halfway point but RJ would regain the lead a turn later. From there it was all Anderson though Arthur and Jerrett Brooks kept the pressure on until the finish. 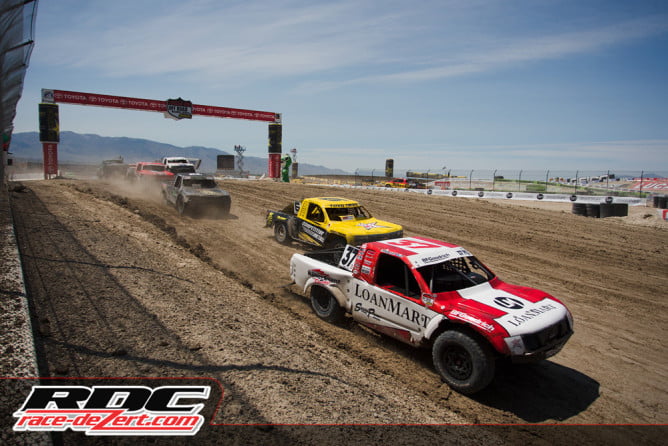 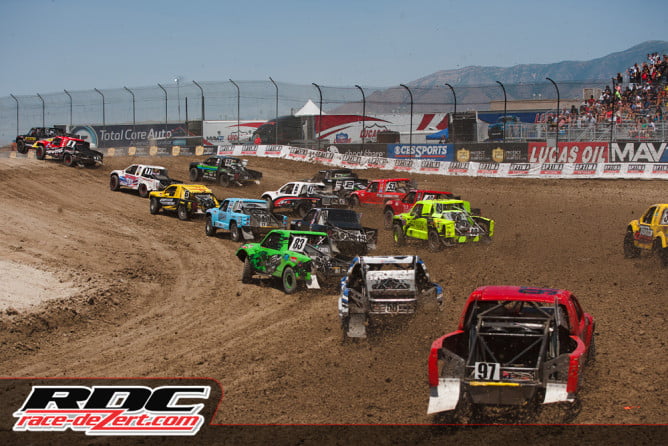 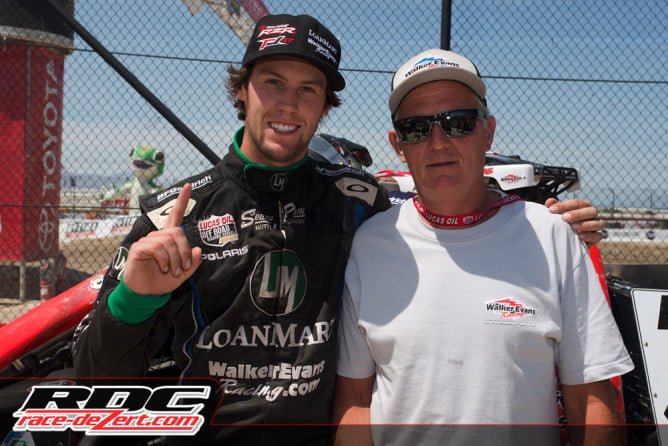