BAHIA KINO Sonora, Mexico – The 2018 Yokohama Sonora Rally came to a close on Friday at the beautiful seaside resort of Bahia Kino, in Sonora, Mexico.  With the finale feast underway at Mariscos Bahia, competitors, crew family and friends enjoyed the final hours of rally camaraderie while awaiting the official results. Rally Director Darren Skilton emceed the awards ceremony in the open-air venue as a colorful sunset over the Sea of Cortez provided a perfect backdrop for the festivities. 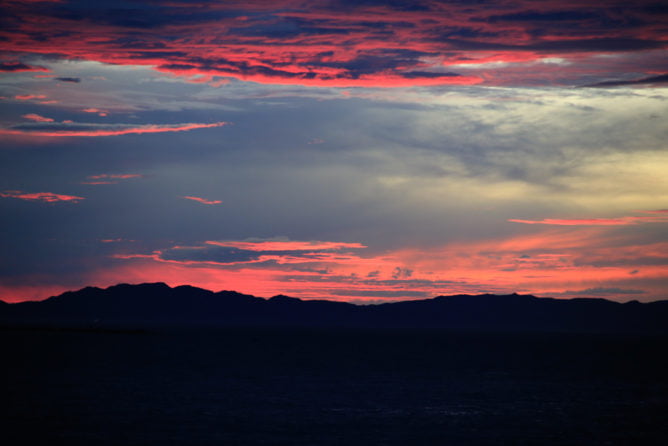 Earlier in the day, competitors enjoyed sunny skies and breathtaking views as they raced south from Puerto Lobos to Bahia Kino.  The day’s special stage is what Rally Director Darren Skilton called “A racers dream. They were fast and sandy with navigational challenges, carving a trail through the Saguaro cacti fields and ending at the seaside Seri Indian village of Punta Chueca.” 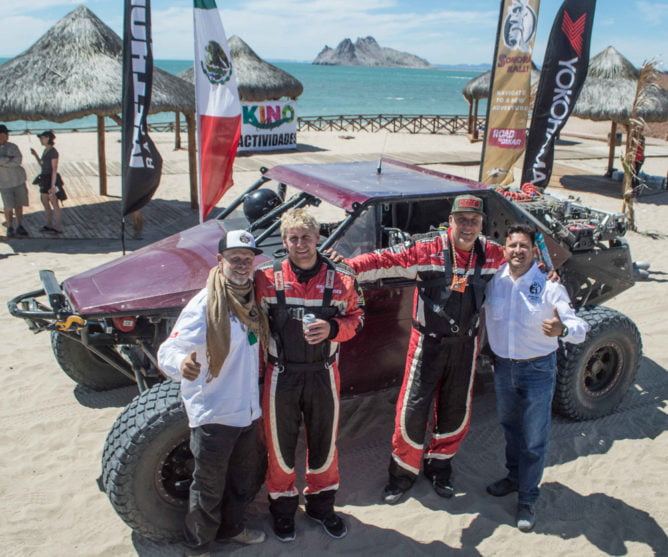 Father and son team Todd and Kyle Jergensen beat the fastest bike by just under 15 minutes to claim the overall Yokohama Sonora Rally WIN! This is their third time racing Sonora Rally and as the senior Jergensen said at the finish “Third time is a charm!”. Driver Kellon Walch and navigator Max Eddy Jr., took second place in the car division and first place for the UTV class.  2017 Sonora Rally overall car champions Eric Pucelik and Mike Shirley were able to earn a podium spot for overall cars with their third place win, despite a nearly debilitating mechanical failure the day before. 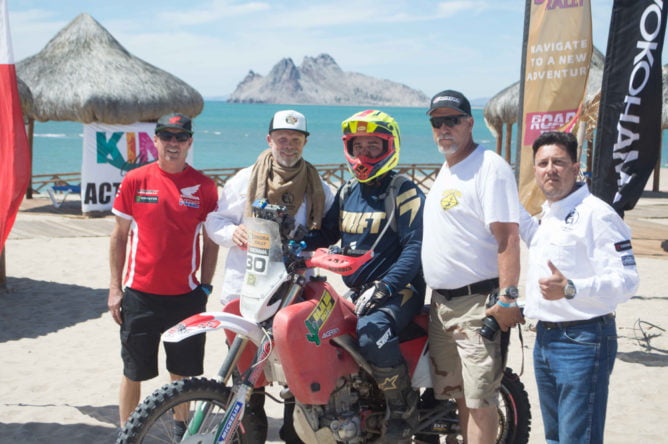 For five days of grueling competition, Dakar veteran Scott Bright and “Road to Dakar” hopeful Skylar Howes swapped first and second place special stage finishes, vying for the overall bike win. In the end, Howes was able to edge out Bright for the title win in motorcycles. Howes also claims  the coveted “Road to Dakar” prize of a free entry into the 2019 Dakar Rally in South America. “This was an amazing event and Dakar has been a life long dream!” said Howes. “Sonora Rally has been a great training ground for the Dakar! I cant wait to test everything I now know next year at Dakar!” Newcomer George La Monte was ecstatic to take a podium position and the third place trophy.  “This is my first time at the Sonora Rally and being on the podium was unexpected!! Now I know what I am capable of so i already have a plan to come back to win the 2019 Sonora Rally and “Road to Dakar!!”, said Lamont.

Driver Butch Jensen and experienced navigator Tricia Reina showed a strong performance with a sixth place in the cars.They made a big effort to learn more about navigation this year by attending the two day Sonora Rally school held in San Luis this last February. “I enjoy the stage rally format and the Sonora desert is a great platform for it.  This year we brought race friends from the peninsula and its been amazing to share stories of friendly competition and reminisce” “The Sonora Rally culture is very special. The 2018 course pushed me as a navigator and we did advanced as a team and I am proud of that” says Navigator, Tricia Reina. 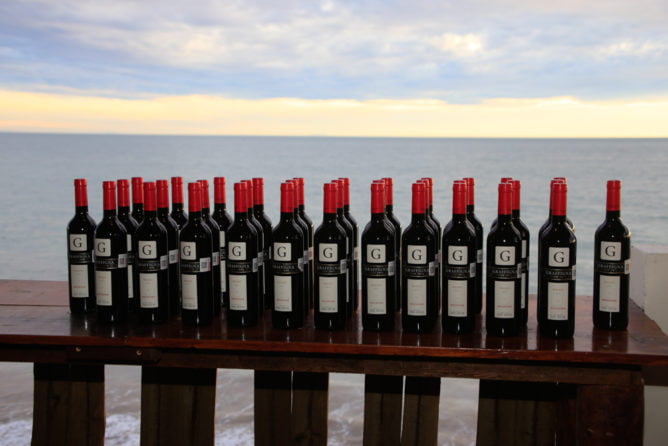 Meanwhile in the Safari class, Yokohama’s Melissa Eickhoff and Yokohama athlete Sydney Olsen had a great adventure while testing exactly what the tires she represents can do. “Being a tire person, the Sonora Rally has put the tire to the test in the kind of environment I like to play in outside of work hours. We’ve gone from highway to dunes, through deep washes, down fast dirt roads, rough whooped out trails, on beaches and silt beds. And Sydney is still smiling and isn’t swearing at me, so you know the ride has been fun” said Eickhoff.

The “Seri Spirit Award” went to Hong Kong’s Jason Lan, for encapsulating what the rally is about: fully embracing adventure and never giving up!

Based on record-setting entries, and reactions from competitors and their crews, it can be deduced that this year’s Yokohama Sonora Rally was a resounding success and illustrates the growing acceptance and excitement for a true international-style rally raid event in North America.  Rally Director Darren Skilton says “The combination of record entry, new terrain and a solid organization team made the 2018 Sonora Rally the best so far. We are already working on making 2019 another amazing event.” 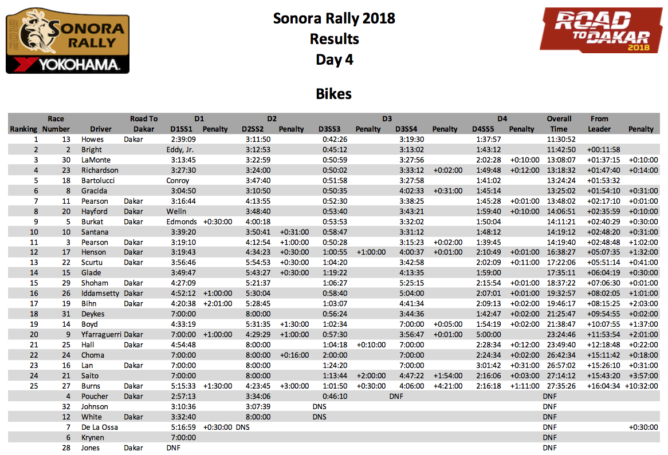