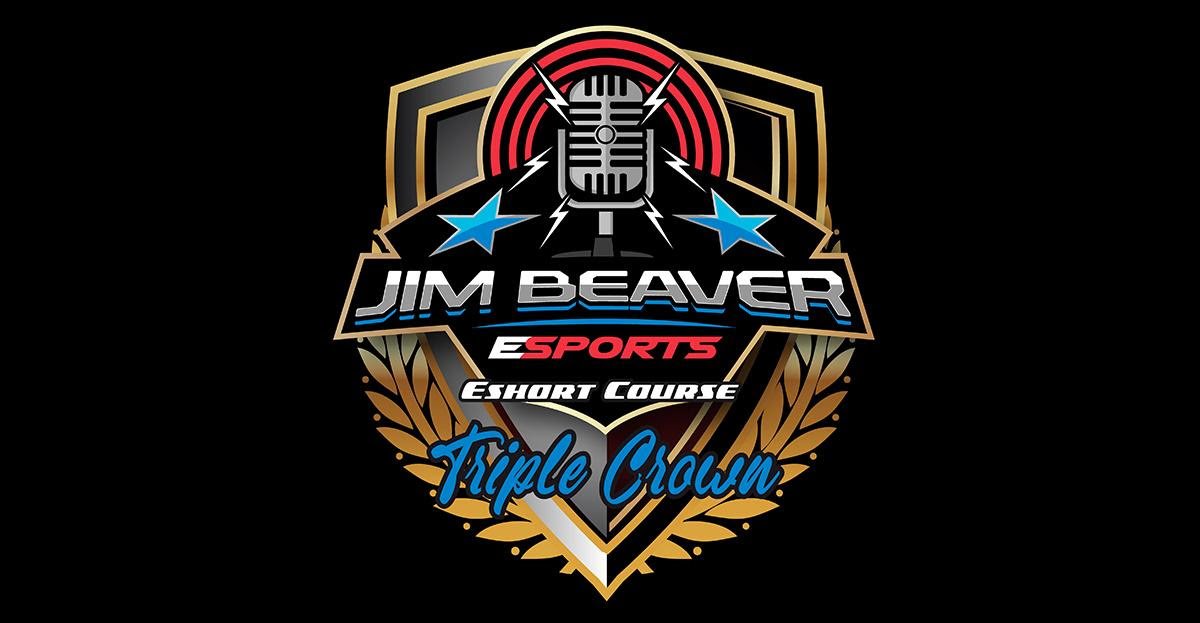 Pro 2s visit Laguna Seca on May 9; Pro 4s at Wild Horse Pass on May 16
REGISTER NOW FOR THE ESHORT COURSE TRIPLE CROWN: CLICK HERE
After a highly successful debut event in April with the eShort Course World Cup presented by General Tire, Jim Beaver eSports is proud to announce the expansion of its events into an eShort Course Triple Crown that will run through May. The eShort Course Triple Crown will introduce a new challenge by taking Pro 2 trucks to WeatherTech Raceway Laguna Seca on May 9, while the third and final event will see a return to Wild Horse Pass Motorsports Park on May 16 with the Pro 4 truck.
“After the incredible success of the Jim Beaver eSports eShort Course World Cup presented by General Tire, expanding to an eShort Course Triple Crown was a no-brainer,” said Jim Beaver. “I can’t thank everybody enough who was involved with our first event—the amount of drivers who told me how badly they wanted to do it again set our wheels into motion for two more races. These new open events will allow us to welcome more drivers to the track and expand our role as the premier promoter of short course events on iRacing. I can’t wait for us to hit the track again this month!”
The Jim Beaver eSports eShort Course World Cup presented by General Tire made its debut on April 11 with a four-race grand tour of iRacing’s short course offerings: two races each at Wild West Motorsports Park and Wild Horse Pass Motorsports Park, with one in the Pro 2 and the other in the Pro 4. A deep field of professional motorsports superstars and sim racing’s fastest drivers did battle in the most-viewed short course stream in iRacing history, and sim racer Cam Pedersen took home $1,000 and a new set of General Tires for sweeping all four races.
For the upcoming races at Laguna Seca and Wild Horse Pass, the format will change. Each event will feature up to four qualifying races, where drivers will be grouped by their background (sim racers, off-road racers, crossover racers) and face off for a shot to transfer to the final. The 24-truck main events will feature the top finishers of these heat races, as well as select promoter’s options at the back of the pack.
In addition to Jim Beaver, who will return to the broadcast team and is an accomplished television host in his own right, Evan Posocco, host of the eNASCAR Coca-Cola iRacing Series, and Tiffany Stone, one of the most accomplished off-road pit reporters in the country, will return to the broadcast team.
For the Jim Beaver eSports eShort Course Triple Crown and future events, Mad Media has been brought on board to help with marketing, promotion, design, logistics, and production of the events. Mad Media, a global leader in motorsports events including the Mint 400 and UTV World Championships, brings a team of industry veterans known for world-class events on a global scale.
“We have been watching the growth of motorsports gaming with great anticipation of the digital and real worlds of racing converging. After the massive success of the Jim Beaver eShort Course World Cup, we saw this as a great opportunity to enter the eSports fray with Jim, who is a longtime partner and collaborator. Gaming is a great way to reach new users and convert them to off-road racing fans and real-world racers,” stated Mad Media CEO Matt Martelli.
In 2021, the eShort Course Triple Crown schedule will change with the Pro 2 and Pro 4 events coming first and the eShort Course World Cup moving to the final slot on the schedule. Entries will be open to the public for the Pro 2 and Pro 4 events, but the only way to guarantee an entry to the eShort Course World Cup will be through finishing on the podium in either of the open events.
Drivers interested in the May 9th and May 16th events can apply now: Click here
Professional race drivers that competed in the Jim Beaver eSports eShort Course World Cup and have been invited to complete the Triple Crown include:
The Jim Beaver eSports eShort Course Triple Crown will be broadcast on Jim Beaver’s Facebook page and simulcast on various industry Facebook Pages, YouTube, and Twitch. Official broadcast times will be announced closer to each event. For more information on Jim Beaver eSports, follow the team on Facebook, Twitter, and Instagram or visit www.jimbeaveresports.com.
About Jim Beaver
Jim Beaver is a professional off-road racer, nationally syndicated radio host, and TV personality. A 3rd generation race car driver who is currently competing in off-road’s premier Trick Truck division as well as being a factory Polaris RZR driver in the Polaris RZR Star Car. His radio show, the Down & Dirty Radio Show Powered by Polaris RZR, is the #1 motorsports radio show in the United States on iTunes, and is syndicated to 200 AM/FM networks domestically and available internationally on the American Forces Network. He has been instrumental in pushing off-road and action motorsports to mainstream America through various television, radio, print, and online appearances while actively competing in and covering the events. He can be followed online at @JimBeaver15 on Facebook, Instagram, and Twitter. More information on the Down & Dirty Radio Show can be found at www.DownAndDirtyShow.com, or by following @DownAndDirtyShow on Instagram.