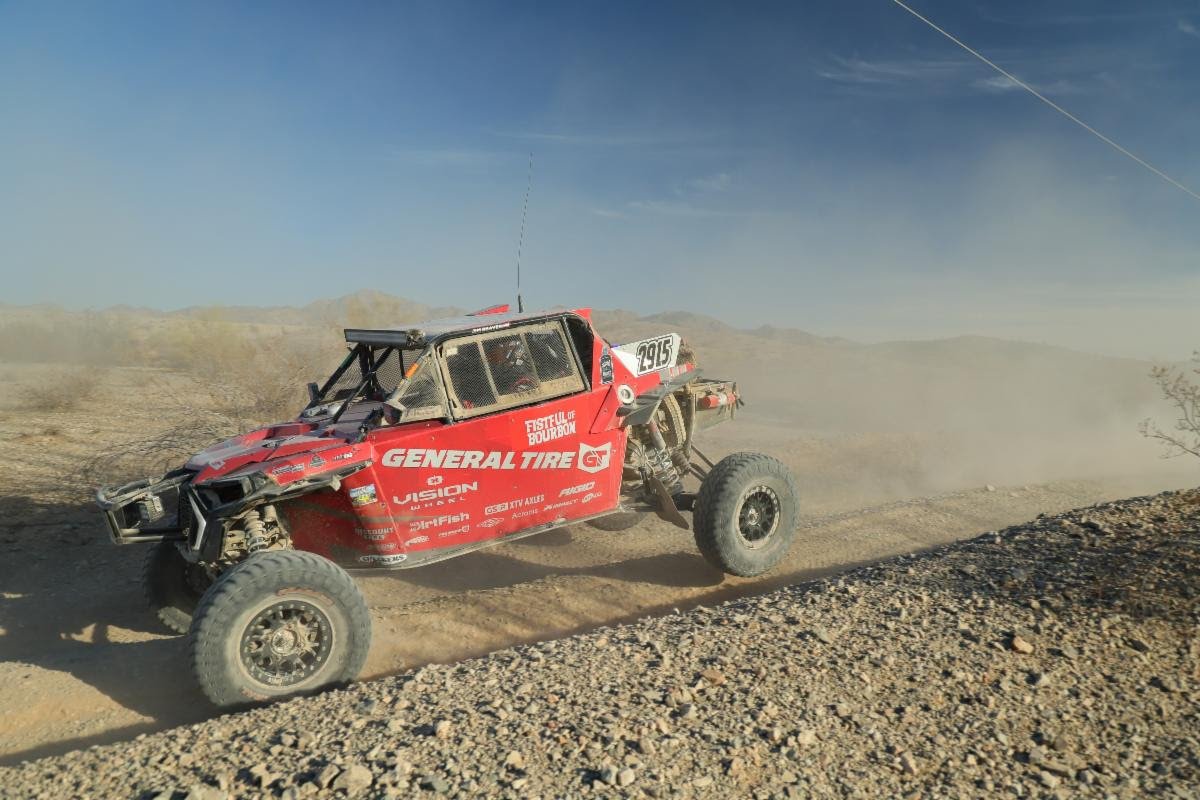 After an impeccable 2021 race campaign that ended with a victory in Cal City and top-five finishes in nearly every event he ran, professional off-road racer, nationally syndicated radio host, and media personality Jim Beaver returned to action on Saturday for his hometown Parker 250. When all was said and done, Beaver didn’t just score a second place finish in his UTV Trophy Unlimited class to keep the top-five streak alive, he also placed sixth overall against one of the most talented fields of the season in his #2915 General Tire UTV.

“It’s always awesome to make it to the podium, but to do it in your hometown race just takes it to another level,” said Beaver. “We had to really be on top of it to make the most of things this weekend, but the whole team absolutely killed it. I can’t think of a better way for us to kick off what I’m sure will be yet another huge season in 2022!”

With a total time of 4:25:11.013, Beaver was one of just six drivers to complete both laps of this year’s grueling Parker 250 loop in under four and a half hours. While Best in the Desert’s Trophy Unlimited class has undergone a slight facelift for 2022, the level of competition hasn’t changed; it took a nearly flawless race on the part of the #2915 team of Beaver, his brother Trent, and co-driver Bryant Shontz to outlast some of the premier teams and builds in the sport.

Since taking the wheel of “Mona Lisa” last winter, Beaver has finished in the top 10 in every single race that he’s run. In fact, last year’s Parker 250 was the only event out of six where he didn’t post a top-five finish. Beaver now has finishes of second, fourth, first, and second in his last four Best in the Desert starts, and finished second in last year’s Unlimited class title chase.

Stay tuned for new episodes of the General Tire Jim Beaver Show presented by Fistful of Bourbon, Beaver’s nationally syndicated radio show that will undergo a refresh for 2022, and announcements regarding Jim Beaver eSports’ eNASCAR Coca-Cola iRacing Series team and the General Tire eShort Course World Cup. The all-new JimBeaver15.com, the official home of all things JB15, will launch in the coming weeks.

About Jim Beaver
Jim Beaver is a professional off-road racer, nationally syndicated radio host, and TV personality. A 3rd generation race car driver who is currently competing in off-road’s premier Trick Truck division as well as being a factory UTV driver. His radio show, the General Tire Jim Beaver Show presented by Fistful of Bourbon, is the #1 motorsports radio show in the United States on iTunes, and is syndicated to 200 AM/FM networks domestically and available internationally on the American Forces Network. He has been instrumental in pushing off-road and action motorsports to mainstream America through various television, radio, print, and online appearances while actively competing in and covering the events. He can be followed online at @JimBeaver15 on Facebook, Instagram, and Twitter. More information on the Down & Dirty Radio Show can be found at www.DownAndDirtyShow.com, or by following @DownAndDirtyShow on Instagram.