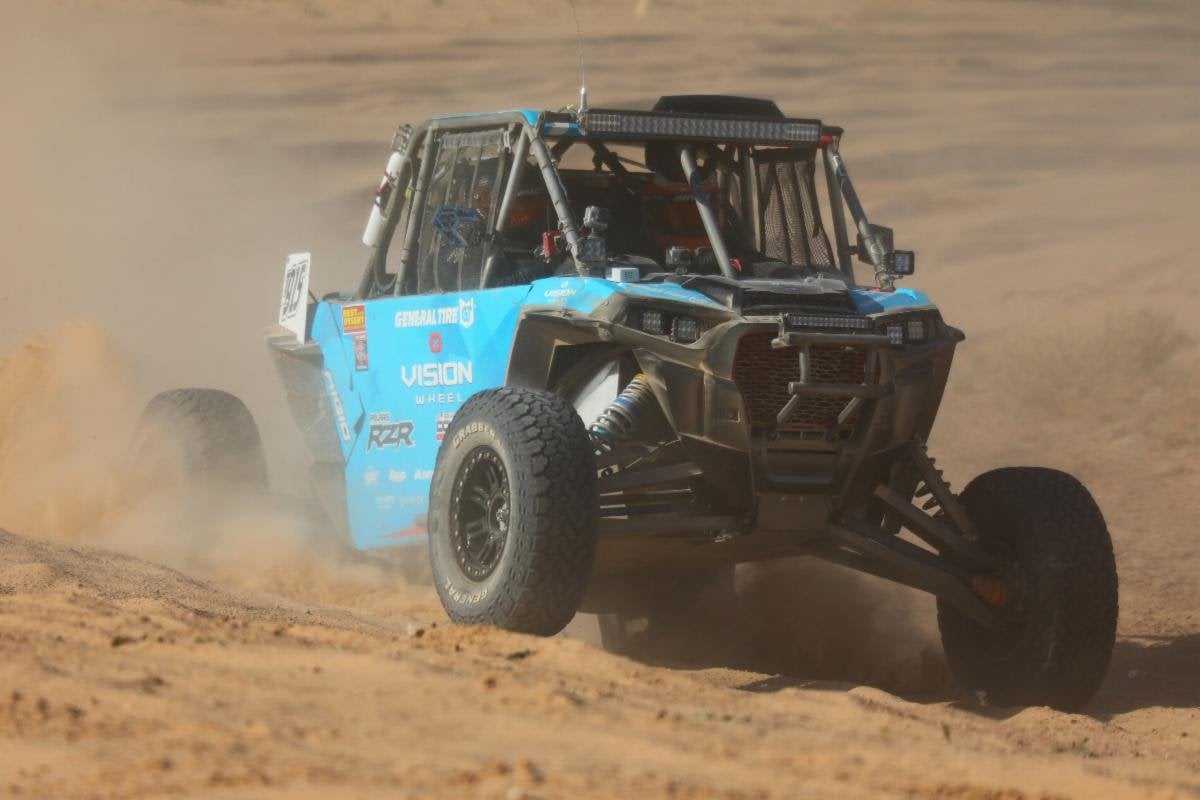 PARKER, ARIZONA—Professional off-road racer and radio host Jim Beaver started his 2020 race campaign on a high note on Saturday, finishing the Parker 250 presented by Polaris RZR as the Best in the Desert season kicked off in his hometown of Parker, Arizona. Beaver fought his way to a 21st place finish in UTV Turbo when all was said and done, passing a number of other cars after an early mechanical issue forced him to run most of the event from back in the pack.
“I’m happy to put up a decent result in our hometown race and season opener in Parker,” said Beaver. “We had a couple of little things happen along the way that forced us to play some catch-up, but the car ran well, we got into a rhythm, and made up positions throughout the day as we clicked off miles. I’m happy to get a good finish to start the year, and ready to head on to King of the Hammers!” 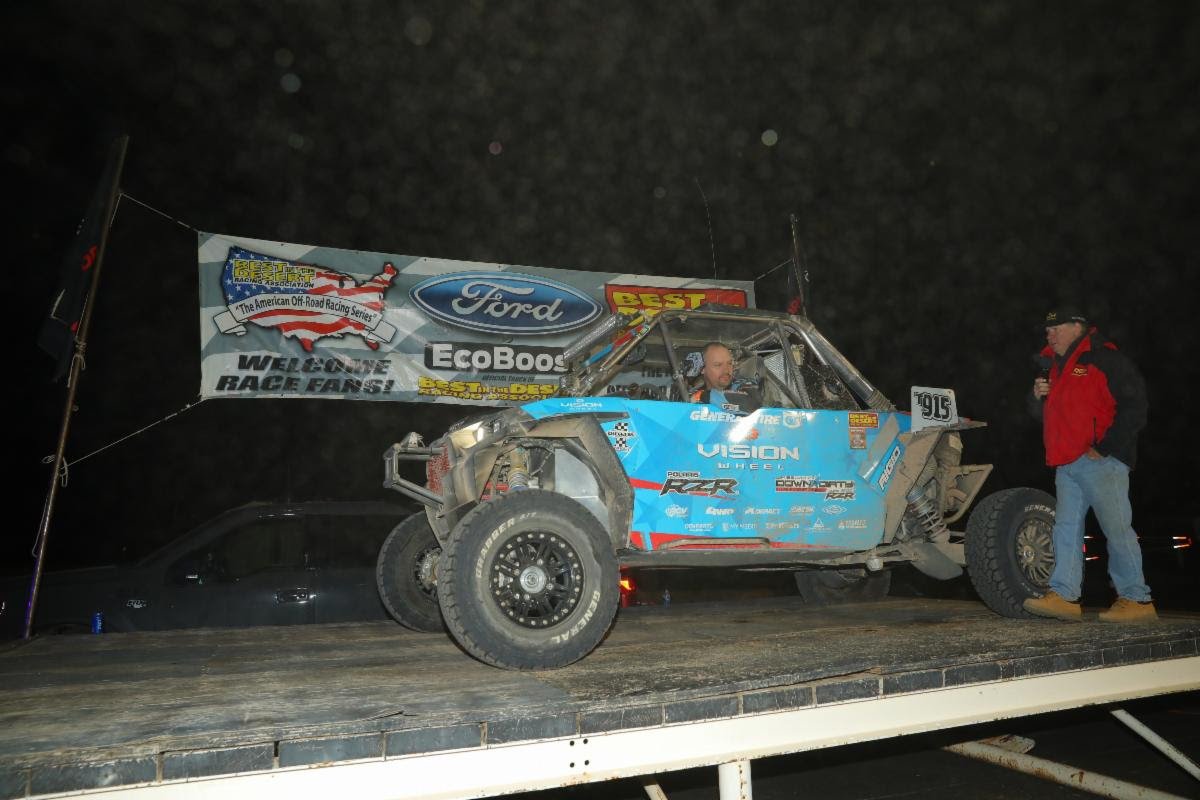 Beaver drove the first and third laps of the three-lap race, while his brother Trent strapped into the car for the second lap. A belt issue 13 miles into the race allowed more than 20 other cars to get past, but the #915 General Tire/Vision Wheel Polaris RZR ran smoothly for most of the event. As a rough course knocked a number of competitors out during the day, Beaver and his team managed the car well enough to get to the finish on the lead lap—a feat that only half of this year’s starters were able to accomplish.
Stay tuned for new episodes of the General Tire Down & Dirty Show Powered By Polaris RZR, Project Action, and more, as well as full coverage of the Parker 250 presented by Polaris RZR and all of this week’s action motorsports events on DownAndDirtyShow.com.
Jim Beaver Motorsports is supported by General Tire, Vision Wheel, Polaris RZR, Rigid Industries, GSP XTV Axles, DirtFish, Gibson Exhaust, Optimas Starters, Impact Safety, Acronis, Hyperco, HCR Racing, zMAX Race Products, Pro Armor, Assault, Rugged Radios, and Action Sports Canopies. For more information on Jim Beaver and the General Tire Down & Dirty Show Powered By Polaris RZR, visit www.downanddirtyshow.com, follow @JimBeaver15 on social media, and follow @DownAndDirtyShow on Instagram.
About Jim Beaver:
Jim Beaver is a professional off-road racer, nationally syndicated radio host, and TV personality. A 3rd generation race car driver who is currently competing in off-road’s premier Trick Truck division as well as being a factory Polaris RZR driver in the Polaris RZR Star Car. His radio show, the Down & Dirty Radio Show Powered by Polaris RZR, is the #1 motorsports radio show in the United States on iTunes, and is syndicated to 200 AM/FM networks domestically and available internationally on the American Forces Network. He has been instrumental in pushing off-road and action motorsports to mainstream America through various television, radio, print, and online appearances while actively competing in and covering the events. He can be followed online at @JimBeaver15 on Facebook, Instagram, and Twitter. More information on the Down & Dirty Radio Show can be found at www.DownAndDirtyShow.com, or by following @DownAndDirtyShow on Instagram.