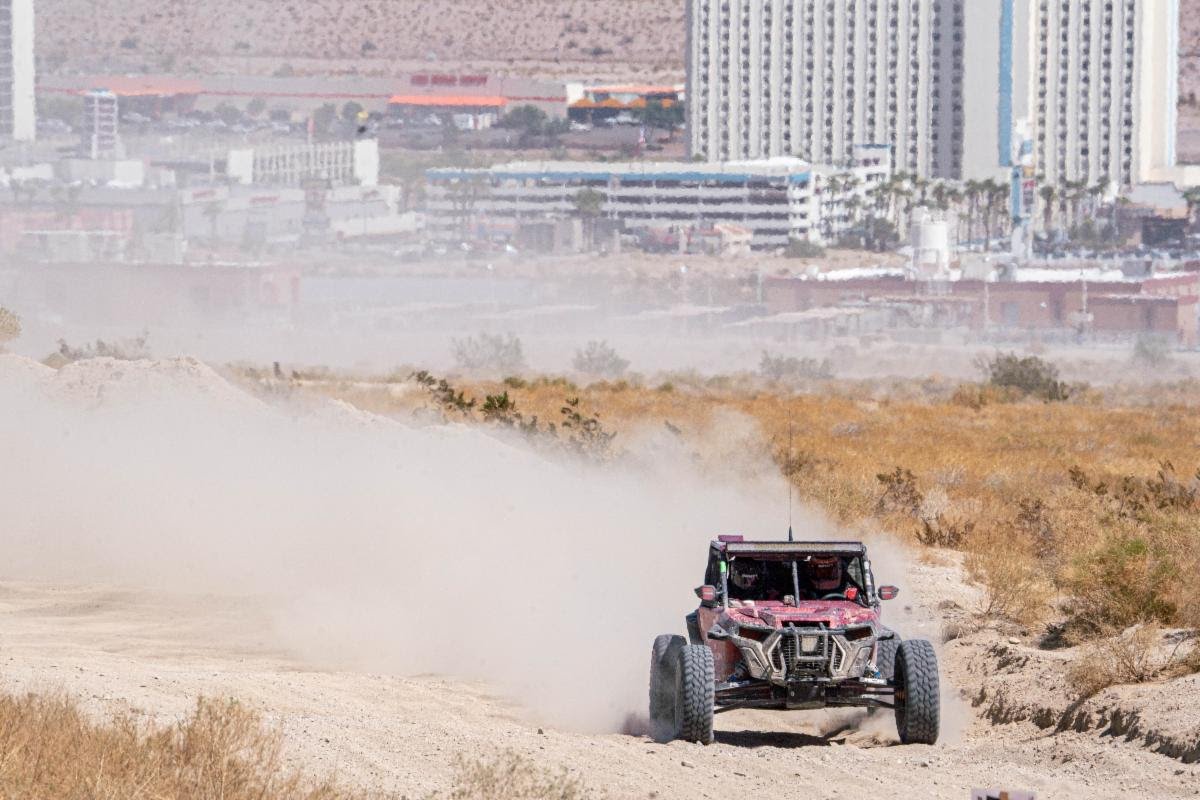 It was by no means easy, but professional off-road racer and General Tire Down & Dirty Show Powered by Polaris RZR host Jim Beaver managed to keep his Best in the Desert UTV Unlimited class championship hopes alive at the UTV Legends Championship in Laughlin over the weekend. After fighting from the back of a 20-entry field from the first lap, Beaver and the #2915 General Tire Polaris RZR team managed to score a fourth place finish to climb to second place in the standings.

Beaver suffered an almost immediate setback at the start of the race on the always brutal Laughlin course, needing to limp through much of his first lap to get back to the pits. The early struggle took him out of contention for the race win, and forced him to battle through the dust for the remaining seven laps of the race.

But armed with “Mona Lisa,” a former BITD title-winning car and a multi-time podium finisher this year, the #2915 team managed to pick off opponents one by one through both on-track passes and rivals’ DNFs. When all was said and done, Beaver would only be scored fourth at race’s end, but it was good enough when combined with others’ finishing spots to help him jump another spot in the championship in the double-points race.

“This wasn’t the weekend we drew up, but all things considered, we can take what we got out of Laughlin for the championship,” admitted Beaver. “It’s terrific to be able to see where this program is at and look at another top-five finish as a less successful day than we’d hoped for. The good news is that we’ve got one more shot to take the points lead, and it’s in my own backyard in Parker. You don’t always get these kinds of opportunities in your career, so we’re determined to make the most of it!”

Beaver’s hometown of Parker, Arizona will play host to the 2021 BITD season finale, the BlueWater Desert Challenge on the first weekend of November, where he’ll look to make up the final spot. But before then, his attention turns to this weekend’s Sand Sports Super Show, where he’ll be on site recording a future episode of the General Tire Down & Dirty Show Powered By Polaris RZR with Tiffany Stone on Saturday from 1-2:30PM in the Pro Armor booth. Click here for more information on the event and to buy tickets. In addition, stay tuned for new episodes of the Down & Dirty Show, Project Action, and more on Apple Podcasts this week.