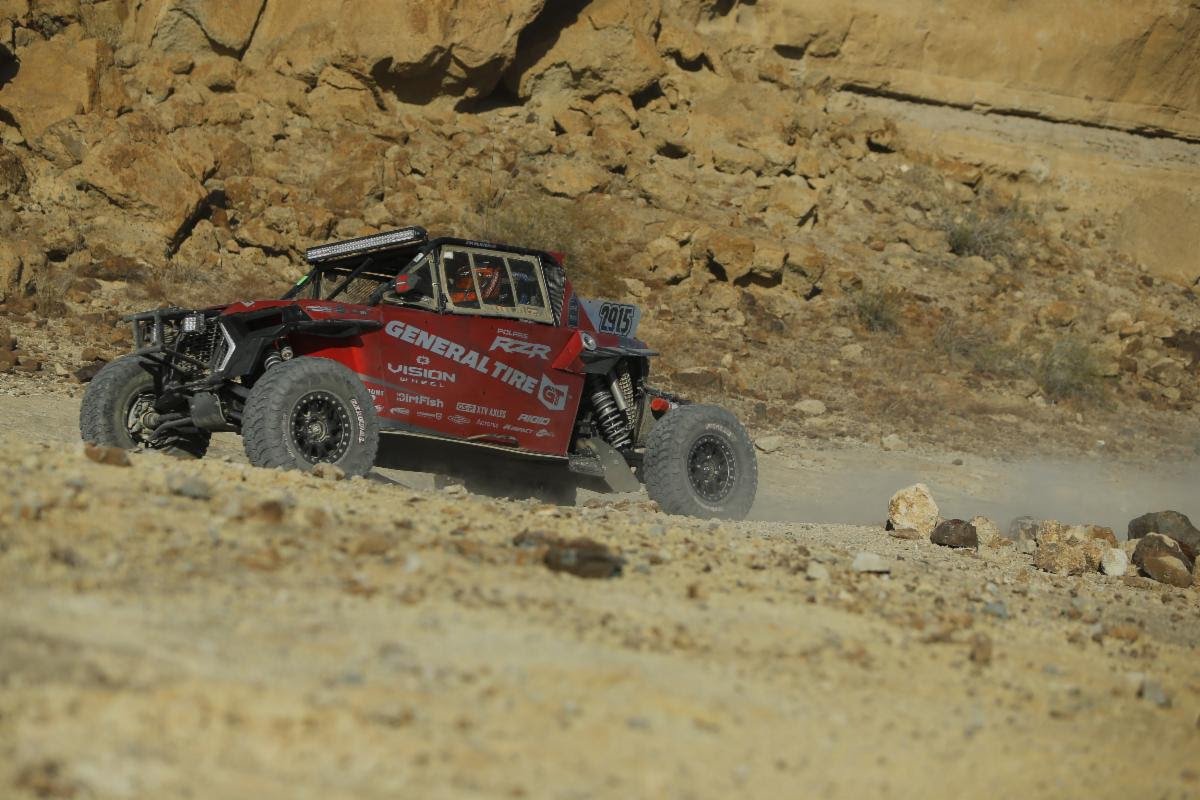 Jim Beaver Returns to Action at Silver State 300 This Weekend

Professional off-road racer and nationally syndicated radio host Jim Beaver gets back behind the wheel this weekend, bringing the #2915 General Tire Polaris RZR “Mona Lisa” to the start line in the Best in the Desert Silver State 300. After showing UTV Unlimited class podium pace in the season-opening Parker 250 earlier this year, Beaver will start sixth out of 24 entries in the booming division on Saturday in hopes of another strong result.
“It’s already been a big year for us so far in 2021, but the month of May is going to take things to another level,” said Beaver. “After the speed we showed in Parker, I’ve got high hopes for my return to Silver State. The UTV Unlimited field has gotten incredibly deep, but I think we’ve got the car to contend for our first win of the year this weekend!”
This offseason, Beaver took the reins of “Mona Lisa” from former BITD UTV Turbo champion and Dakar Rally competitor Mitch Guthrie Jr., making a permanent move into the Unlimited class for the 2021 season. The reinvigorated race program made an immediate impression in Beaver’s hometown race, challenging for a class podium in Parker on corrected time after two laps. Minor setbacks cost the team roughly 45 minutes on repairs, but nonetheless, Beaver reached the finish line in a strong seventh place to kick off the championship.
The Silver State 300 returns to Beaver’s race schedule for the first time after a multiple-year absence, and will be the first of two back-to-back events in the month of May for the team. After Silver State, the #2915 machine will be immediately re-prepped to run the inaugural Baja Nevada on May 12-16, marking Beaver’s first start in Legacy Racing Association competition.
Tech and contingency for the Best in the Desert Silver State 300 takes place on Friday, while Beaver will take to the 278-mile course on Saturday morning. In addition, stay tuned for new episodes of the General Tire Down & Dirty Show Powered By Polaris RZR, Project Action, and more on Apple Podcasts this week.
Jim Beaver Motorsports is supported by General Tire, Vision Wheel, Polaris RZR, Rigid Industries, Fistful of Bourbon, GSP XTV Axles, DirtFish, Discount Tire, Gibson Exhaust, Rugged Radios, Pro Armor, HCR, Acronis, Impact Racing, Optimas Powersports, Northern Chill, Marwin Sports, and iRacing. For more information on Jim Beaver and the General Tire Down & Dirty Show Powered By Polaris RZR, visit DownAndDirtyShow.com, follow @JimBeaver15 on all social media channels, and follow @DownAndDirtyShow on Instagram.