In the thirteen years King of the Hammers has existed only six drivers have ever won the crown. Every year the thought is that this will be the year a new king gets to raise the sceptre but an old king always finds his way to the top. 2020 however saw a new king raise his hand. 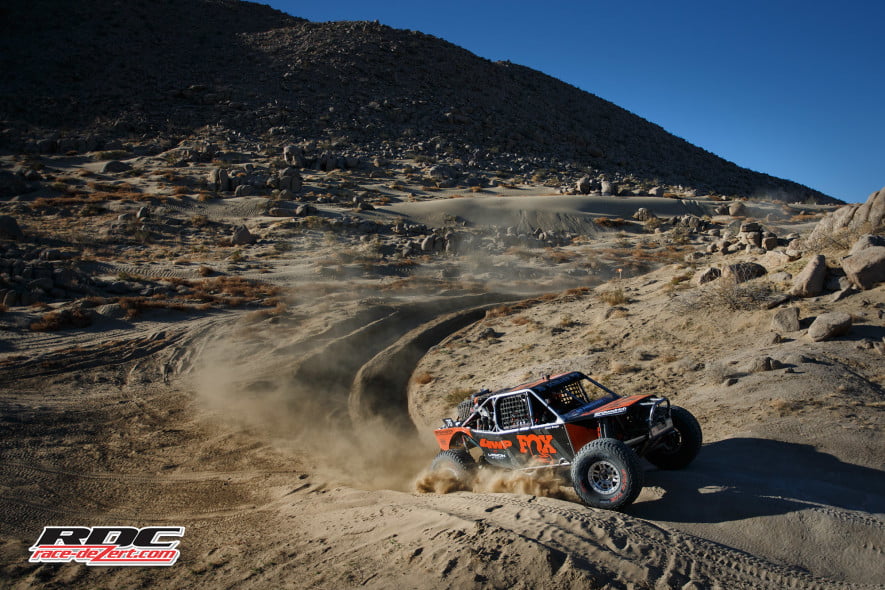 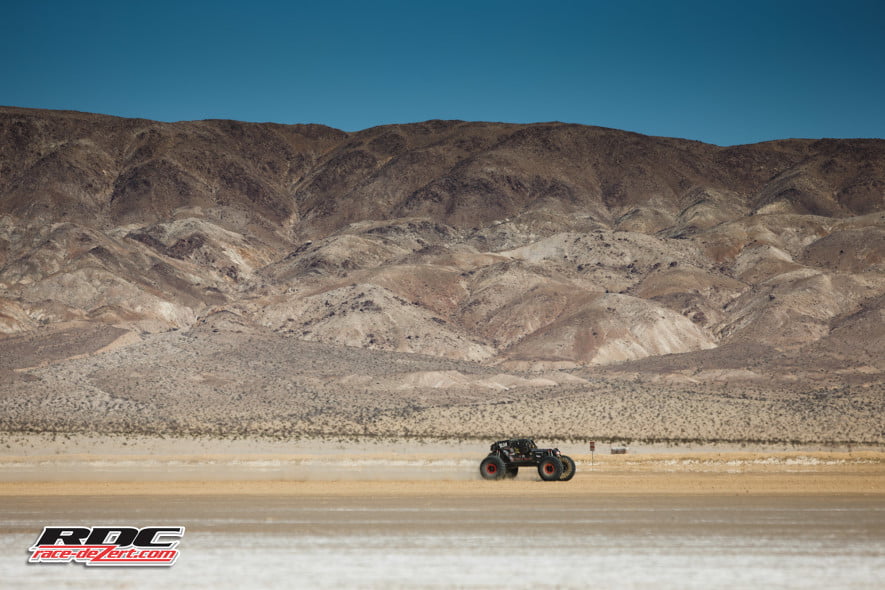 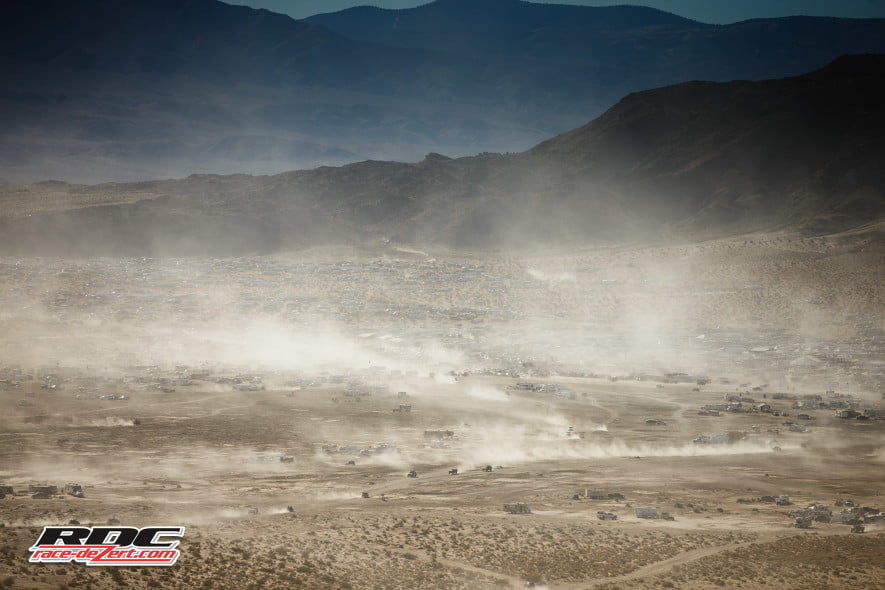 The beginning of the race saw Loren Healy and Jason Scherer battling it out in the large desert loop with Scherer leading the way. After getting around the top qualifier at the start Scherer settled in on the desert section putting a nice lead going into lap two. 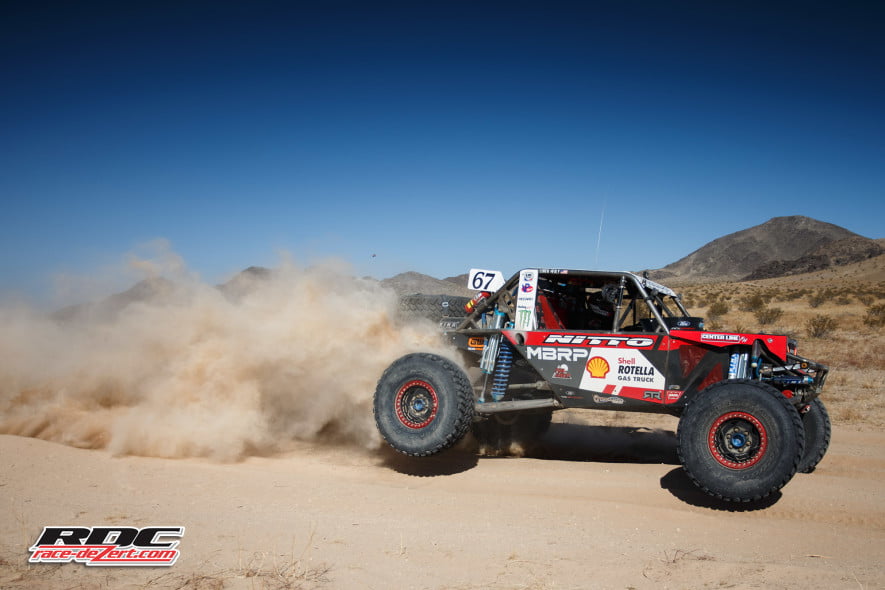 Somewhere in the rock sections on lap two Healy found his way around Scherer and would return the favor putting up a nice lead, but a mechanical issue at the bottom of Bender Alley saw Healy pull over to wrench on his driveshaft. He would get back going only to be passed by Scherer, JP Gomez, Bailey Campbell and Cameron Steele. 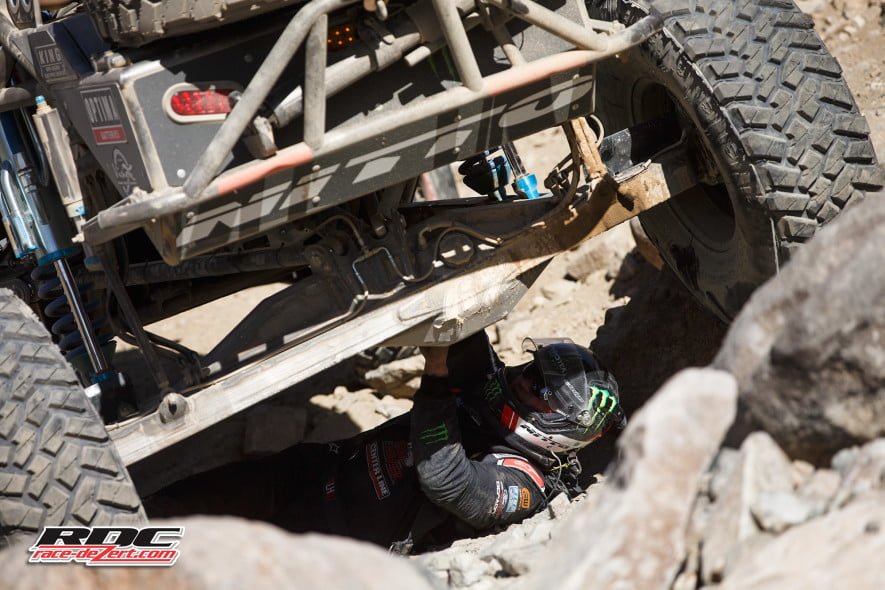 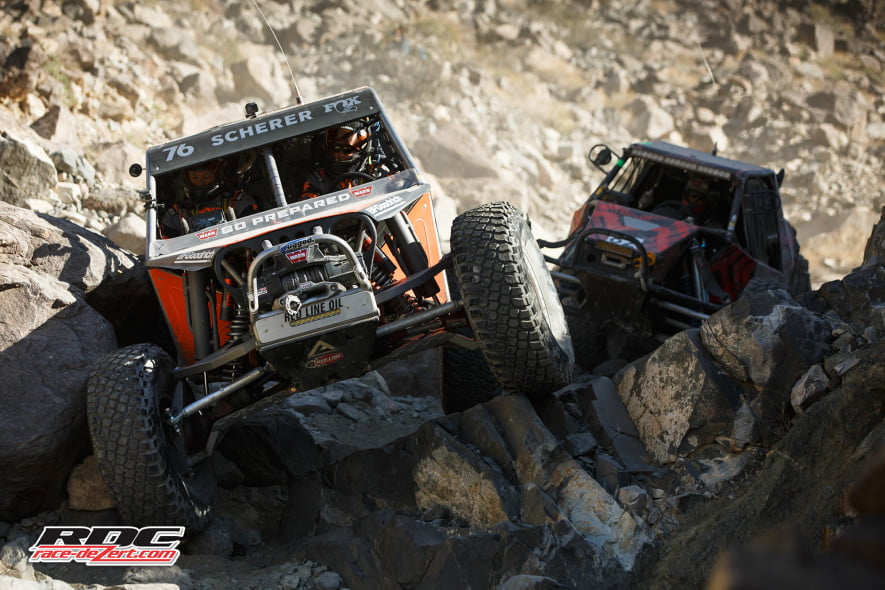 Scherer took over the physical lead but JP Gomez was only a few feet from his bumper going up to wrecking ball. Scherer kept the physical lead going into Hammertown before starting the last lap but a transmission issue would force the reigning king to call his race off. Gomez also had issues which meant going out on lap three Bailey Campbell would lead the race for the first time. 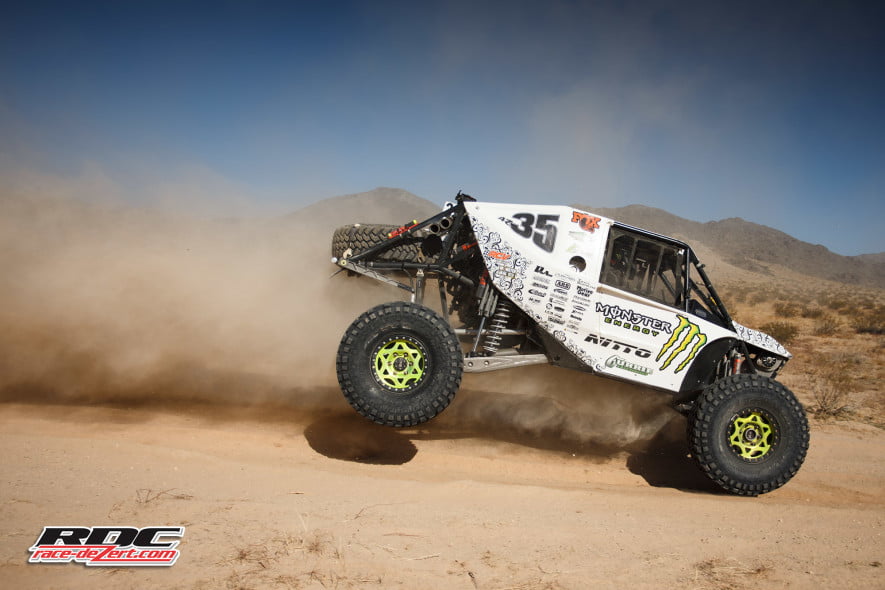 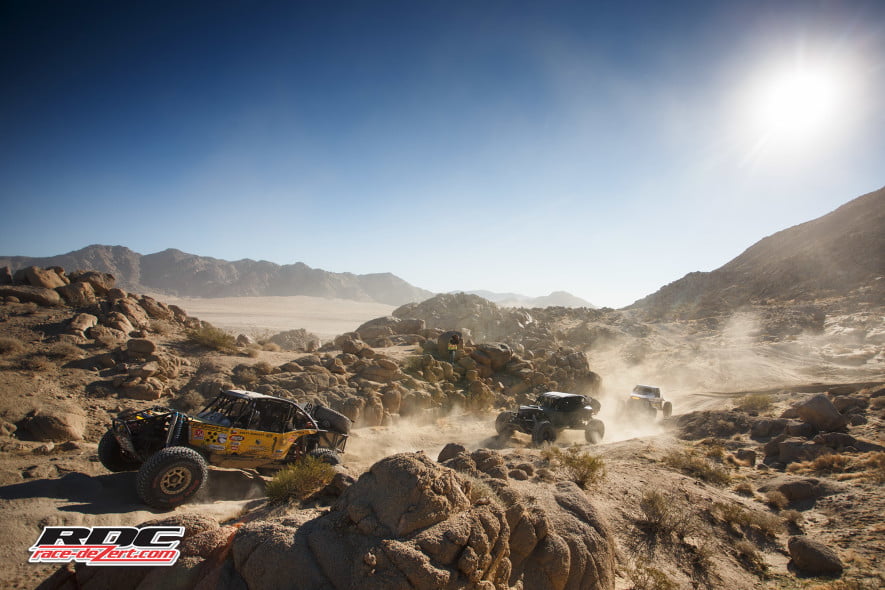 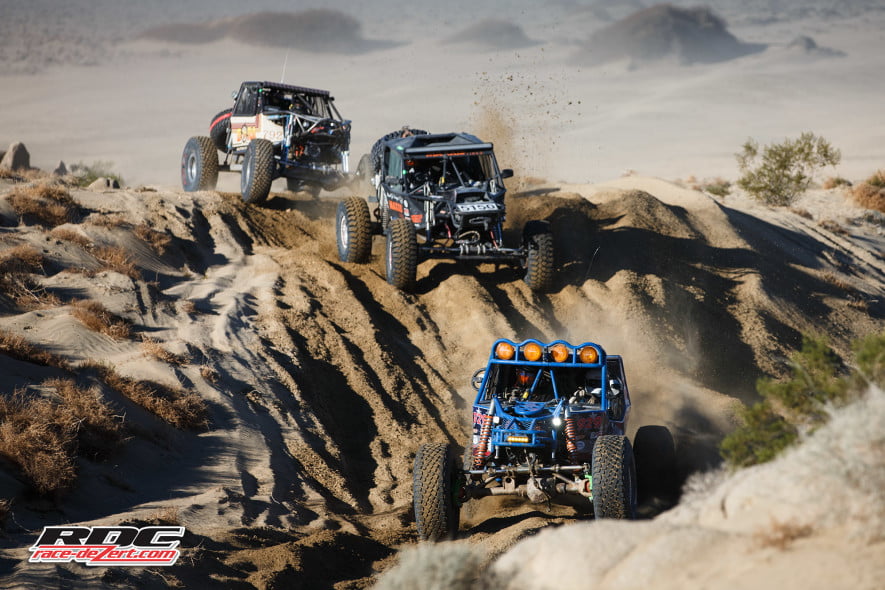 Bailey would hold off Cameron Steele leading up to the first rock sections but a water pump issue would force her to pull over. Waiting in the wings however was Josh Blyler who was slowly working his way up after starting 12th. Bailey Cole who started 17th was also charging towards the leaders as was Marco Gomez who after starting 98th would be 5th on the road halfway through the last lap. 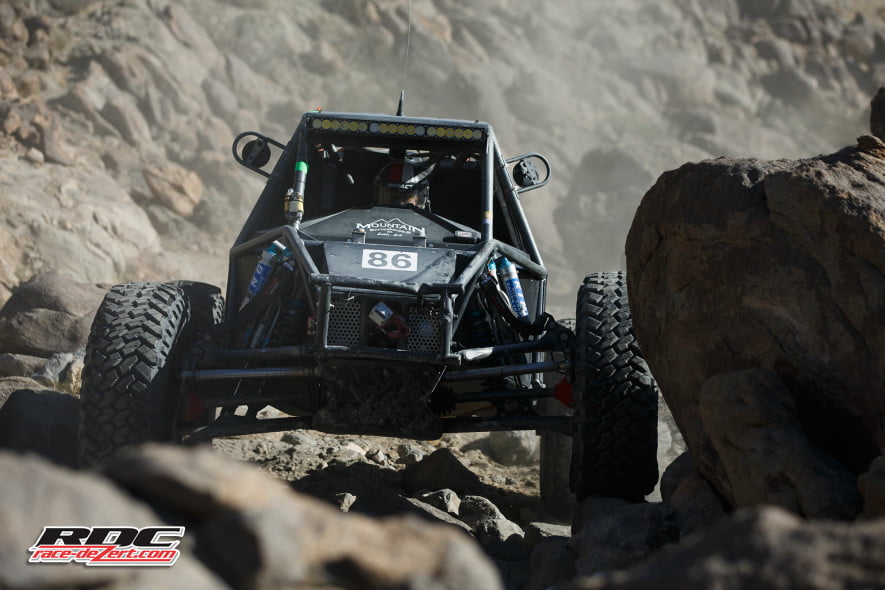 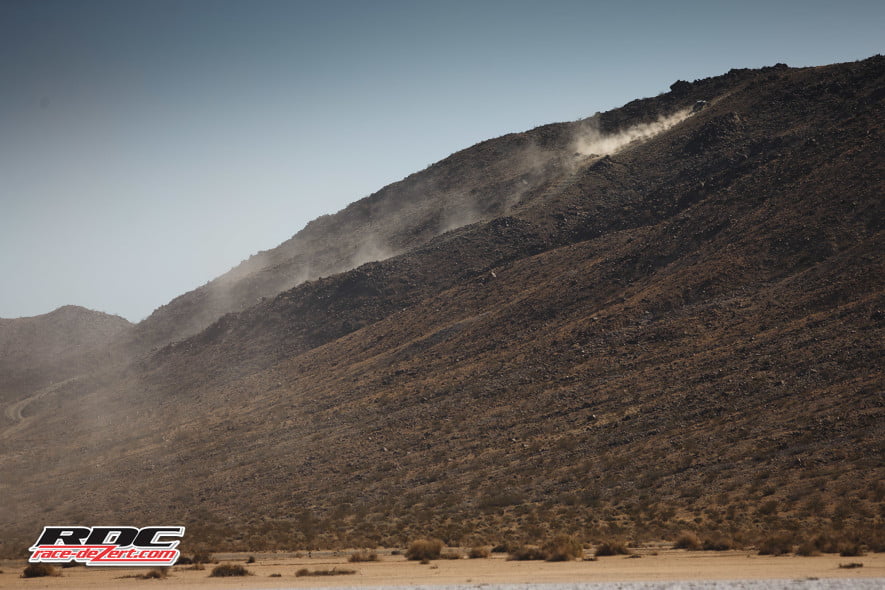 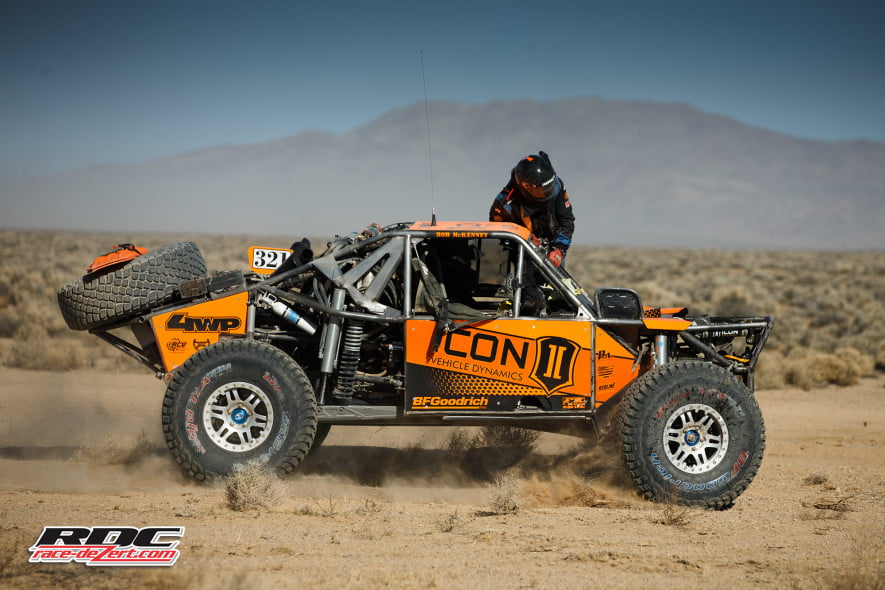 Blyler would get by Steele but Cameron had him on time so the plan was to follow him in the rocks and try not to make a mistake, but bad luck would continue to haunt him and a steering box would break taking him out of the race. 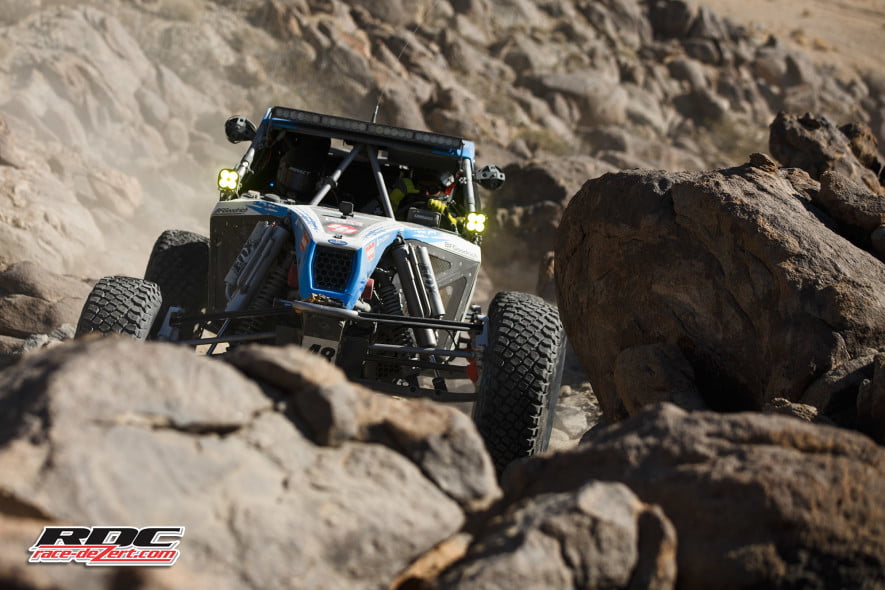 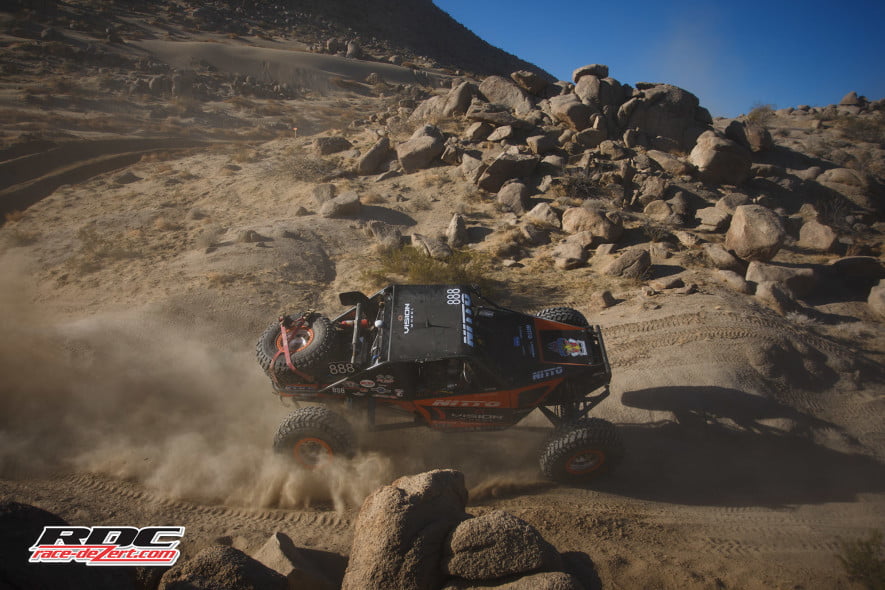 With that the only person who could take the win from Blyler was Marco Gomez, how now got around Bailey Cole and was second on the road. Because Gomez started to far back he would need to finish within 22 minutes of Blyler to take the win. 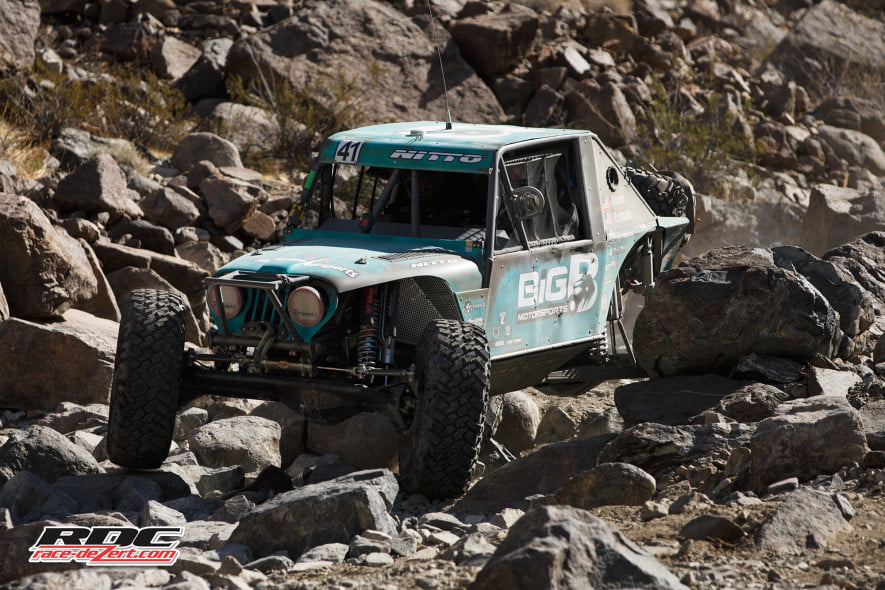 Everyone loves drama and that is exactly how the race would end. Blyler would put his car on his hood going down Backdoor on the final rock obstacle giving Gomez exactly what he needed to try and finish within that 22 minutes. Recover got Blyler back over and was able to restart the car so to save time he left his co-driver there to not loose anymore time. 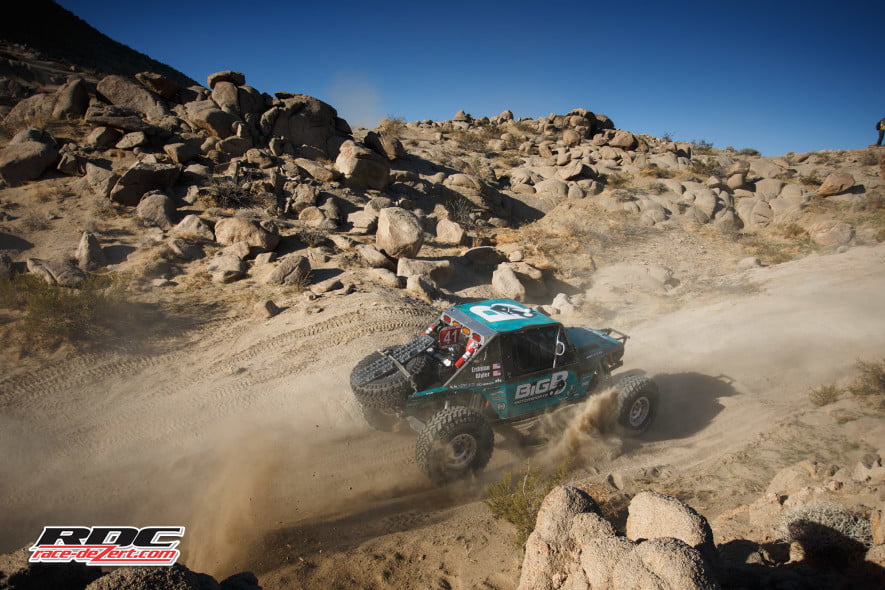 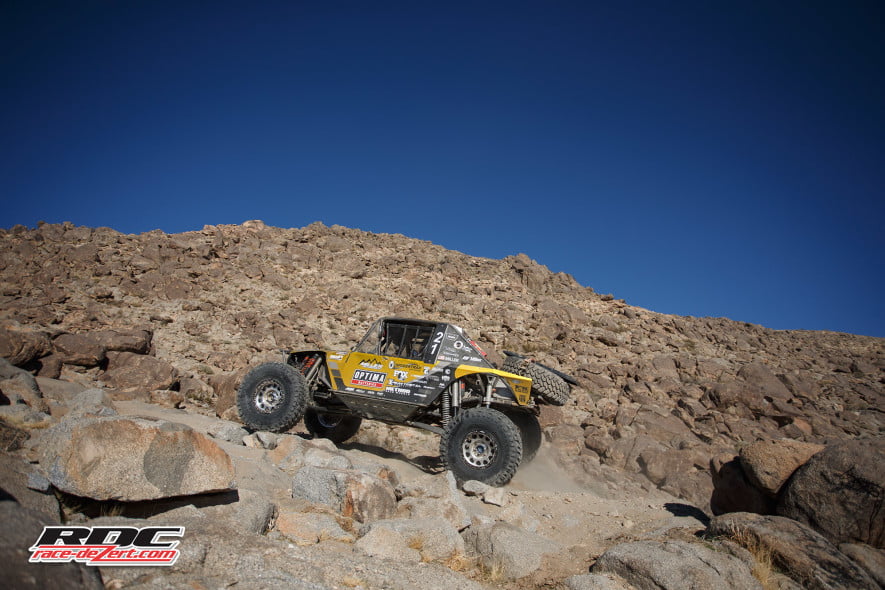 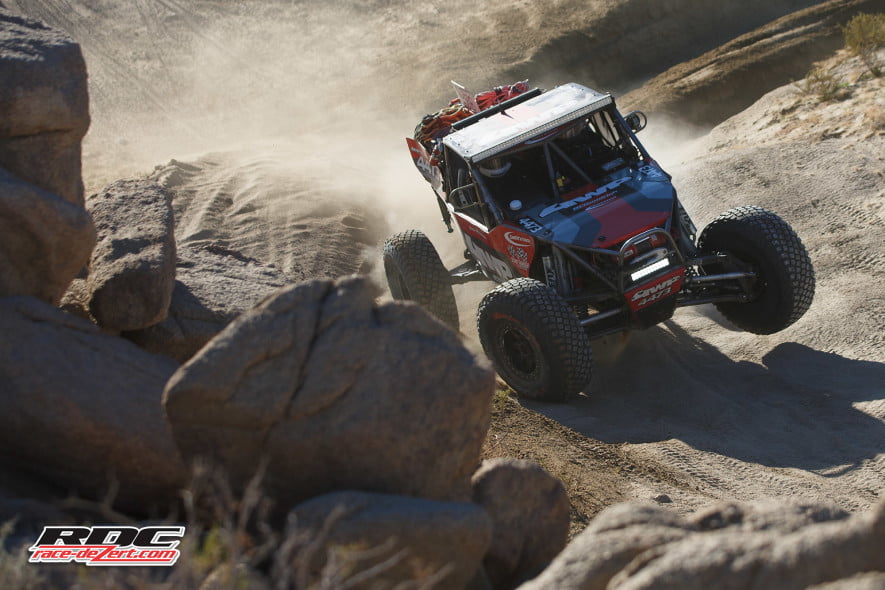 After crossing the finish line it was then time to wait. Gomez was approaching the end of his lap maneuvering up Guacamole when tragedy would strike. His passenger side a-arm broke causing the tire to be at a sharp angle but he was still able to continue, only not at the speed he wanted. As the minutes clicked by Blyler could only sit and wait.

After what seemed like an eternity Dave Cole would walk up to Josh Blyler and give him the official word that he was the 2020 King of the Hammers Champion. 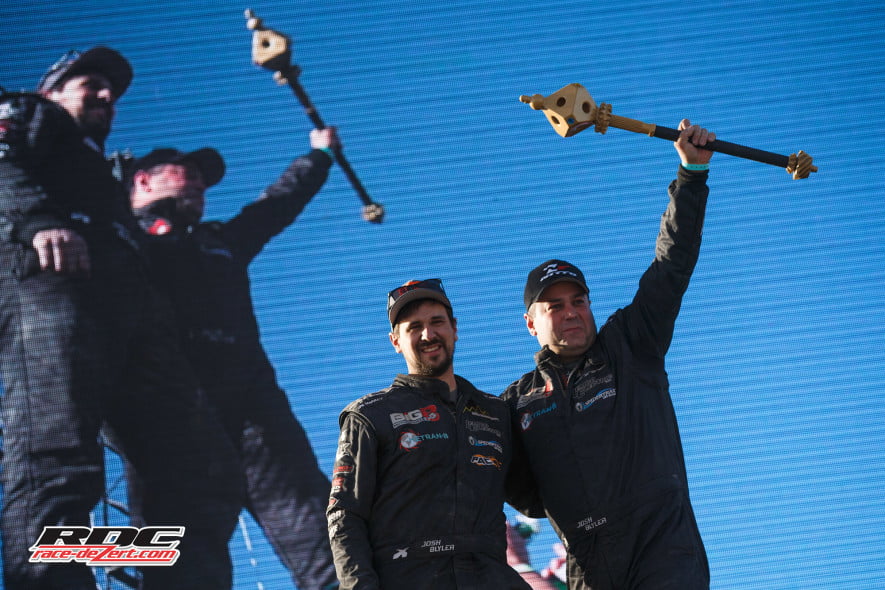 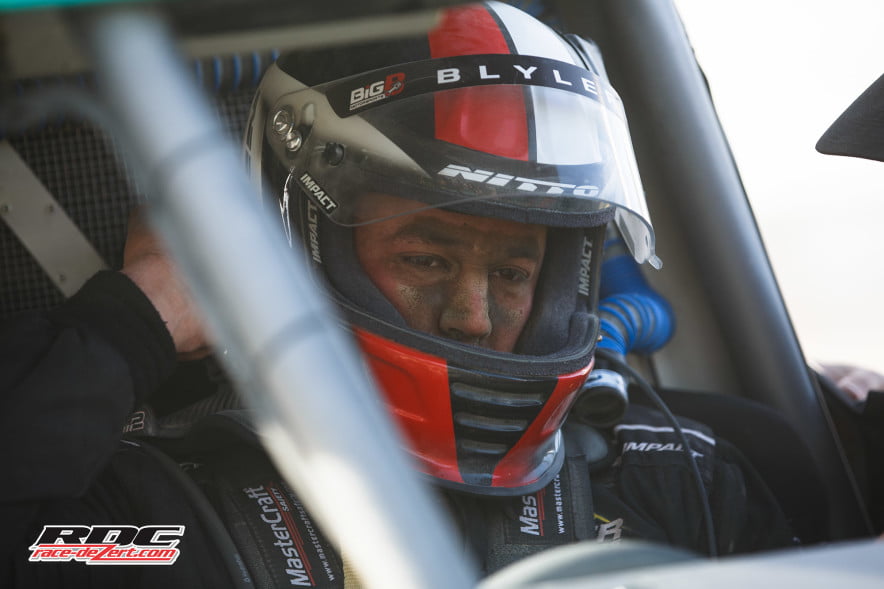 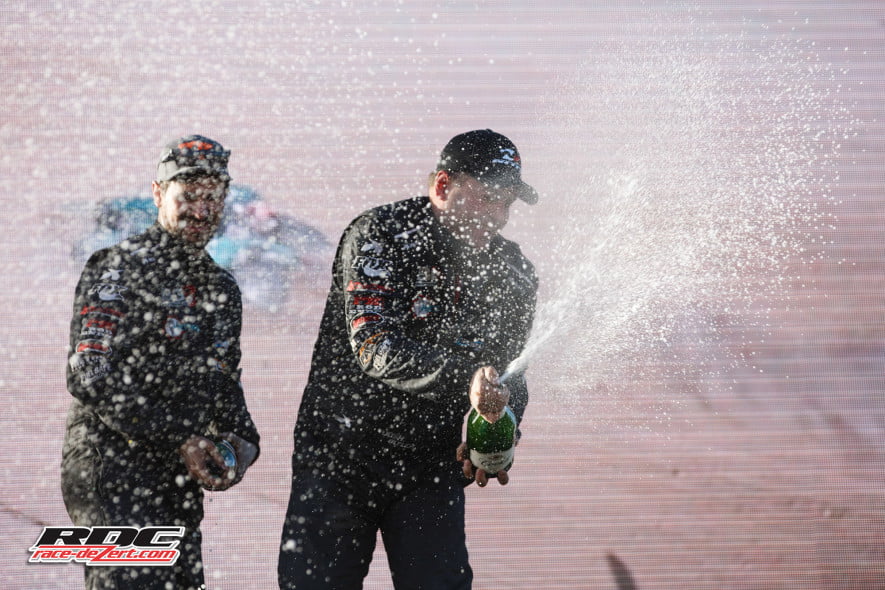 Erik Miller would cross the finish line second giving the two time champ another podium finish, and Gomez would finish on his injured car to take home third place.