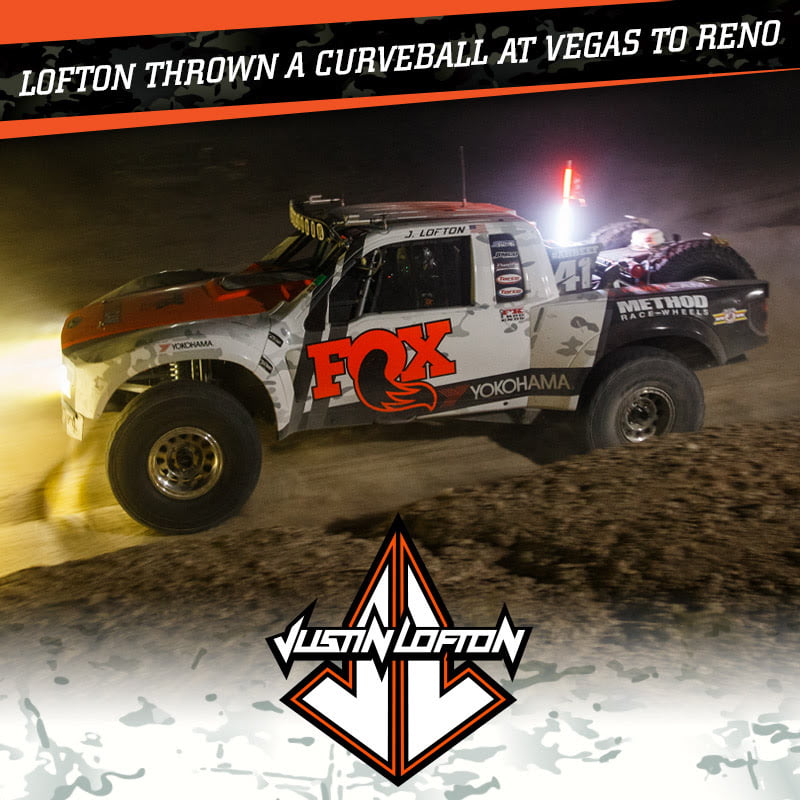 Justin Lofton Gets Thrown A Curveball
At Vegas To Reno

It’s been a weird year for everyone. Events have been canceled left and right. Luckily, Best In The Desert Casey Folks Vegas to Reno race wasn’t on that list and ended up being held last week. The whole event looked completely different than it did in previous years.

Qualifying was held at night for the first time this year. Unfortunately, the wind died as soon as the trick truck drivers started their runs. The course was completely covered in dust, causing visibility to plummet and the racers who went, later on, had to compensate for this challenge.

Justin started his run in the middle of the pack and got dusted out for most of it. He came to a complete stop twice during his qualifying run. The wind caused all sorts of havoc for the drivers on the track. Justin qualified in 17th place, a position much further behind than his previous performances. 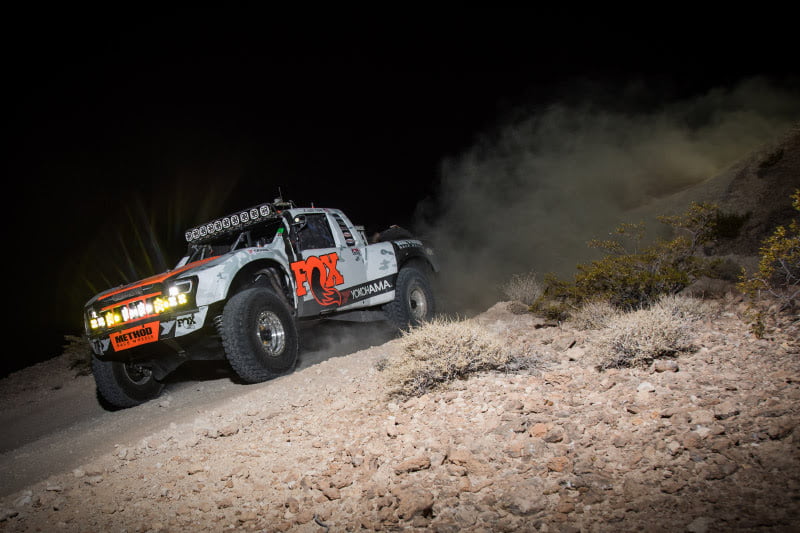 “It was difficult to keep a steady pace on the track when you can barely see your hand in front of your face. Driving over a hundred miles an hour is dangerous in itself. Adding in the fact that you can’t see a thing adds another layer of danger to the whole thing, so I needed to compensate for that by slowing my pace down.” stated Justin.

The morning of the race, chaos ensued. It was already 100 degrees at 7 in the morning and the entire team felt it. The truck and all of the support vehicles were packed up and Lofton Racing headed out to the start line of the race – a point over 120 miles away from the South Point Hotel, Justin’s home away from home.

Once at the start line, the crew started unpacking the truck. This race held more challenges than usual, as all crew members were wearing masks in 100-degree weather and weren’t allowed in certain areas. Almost everyone’s uncertainty and confusion was a rough start to the longest race in Off-Road Racing – a 514-mile long race. 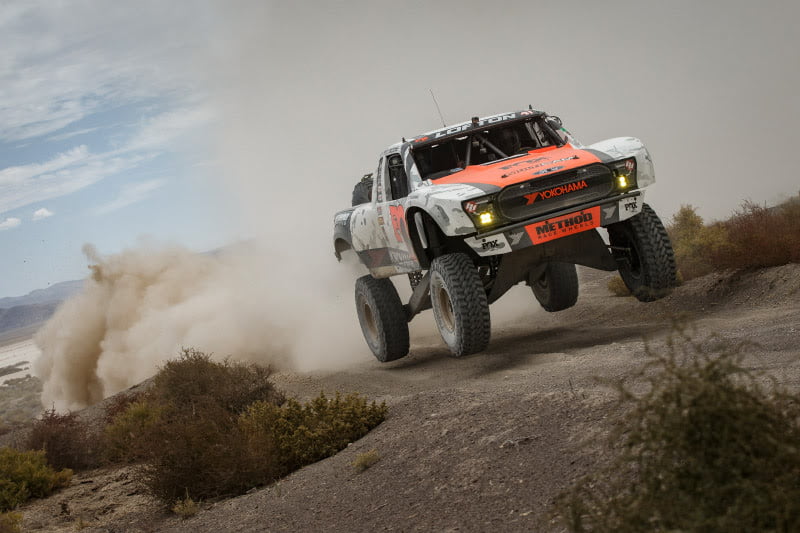 Starting off the line in 17th place, Justin worked his way up the pack on rough and demanding terrain. Attempting to stay out of the dust of the driver in front of him, rock gardens, and issues with the truck, Justin had a difficult day. Each pit was a race against the clock and every second counted. 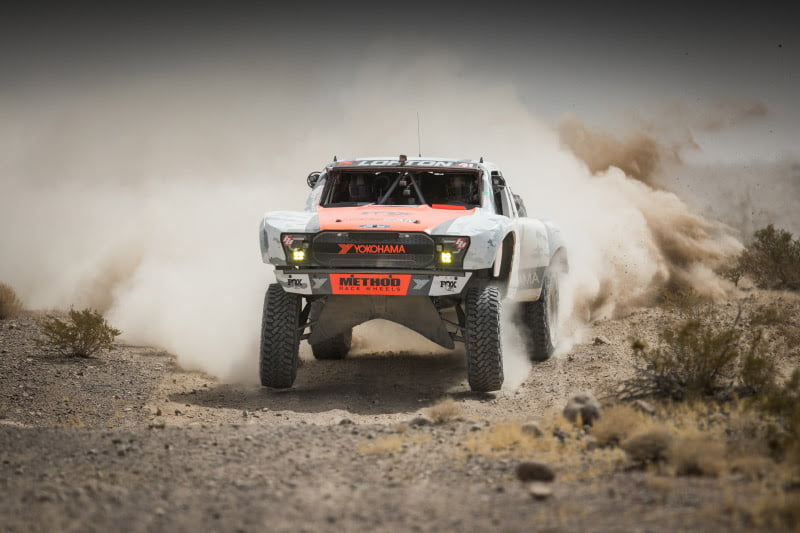 Justin experienced a flat at race mile 42. Derek, the crew’s Navigator, jumped out and quickly put on the new tire. The race crew was ready at Pit 2 to swap out the flat tire with a fresh one. After a quick stop at Pit 3 for two more new Yokohama Geolandar M/T tires and Torco Race Fuel, Justin continuously held his pace until Pit 6. He stopped for another round of fuel and tires.

Justin spent most of the race trading positions with Dan McMillin and Christian Sourapas. Every inch of breathing room he could get was fought for by the people who were his support crew for the race, Jimco Racing Inc, and his pit crew. After his transmission converter filter blew, pieces of metal flew up into the system. It caused Justin to end his race day at mile marker 313. 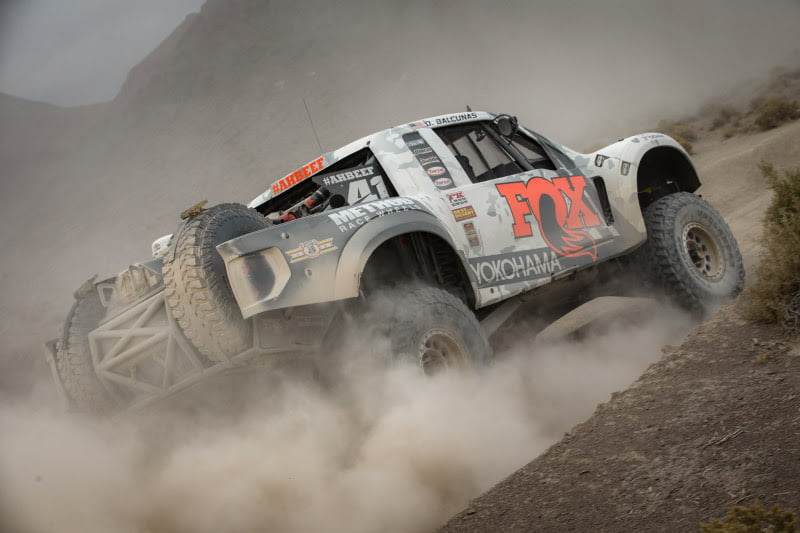 Badco is back in the shop, getting a full workup done. Justin and his team are now focused on the next race, whichever can avoid being canceled. It takes a village to run this program. Justin relies on his team and sponsors to help get him across that finish line.

For all the latest information about Justin’s amazing life go to: https://www.justinlofton41.com/ and follow @justinlofton41 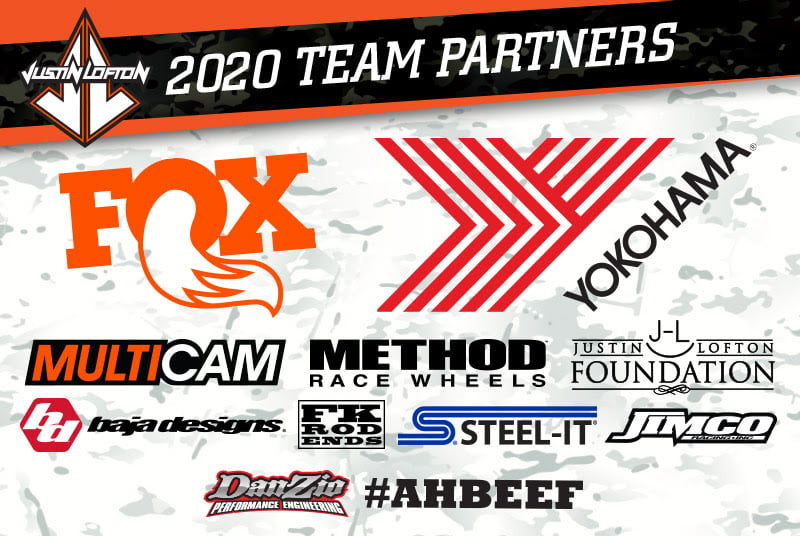