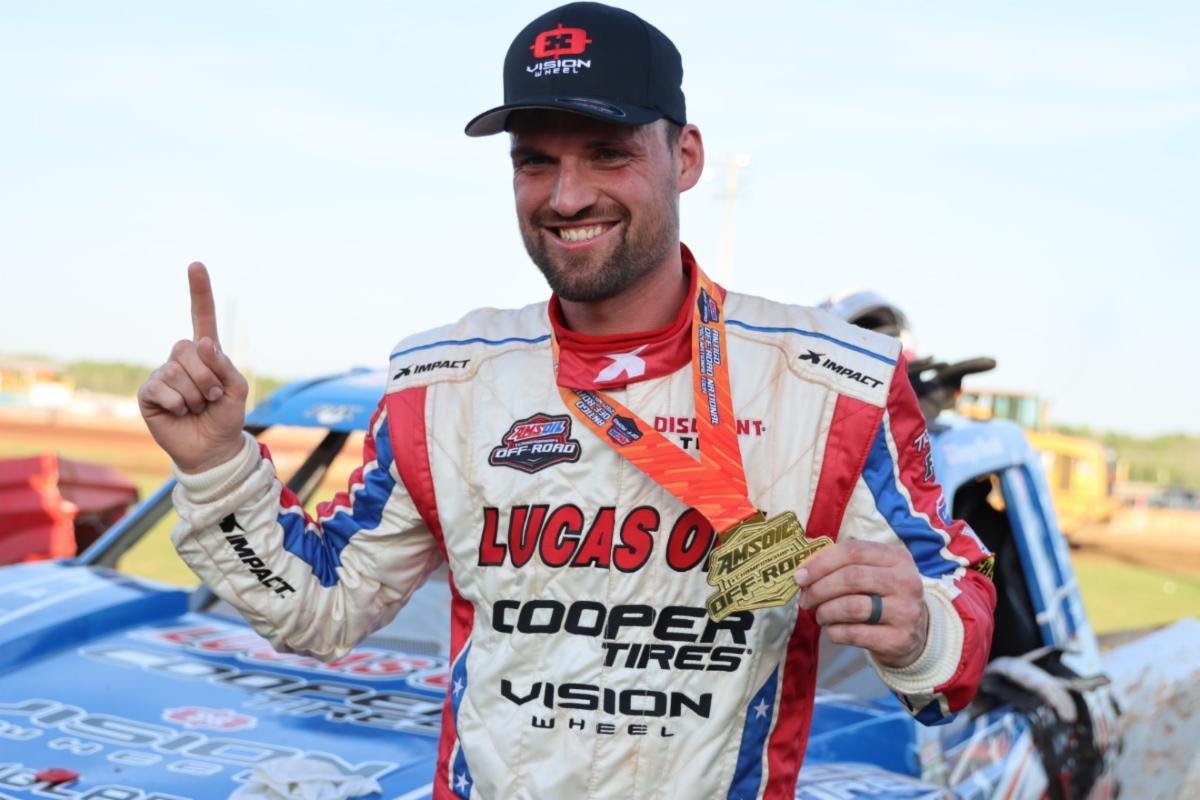 Keegan Kincaid Dominates the Competition in 2021 Opener from Antigo

Neither Antigo Lions Roaring Raceway nor an expanded field of top-tier Pro 2 racers were any match for Keegan Kincaid in the 2021 Championship Off-Road season opener on Saturday and Sunday. Last year’s Pro 2 runner-up on points reaffirmed his determination to be one spot higher this time around with a massive weekend, scoring both race victories in spirited on-track battles and posting a perfect 102 point score to take the championship lead into Crandon later this month.

“We couldn’t have asked for a better start to the 2021 season here in Antigo,” said Kincaid. “Wins won’t come easy with such a talented field this year, which is why it’s so amazing to have gone back to back to open the year. We had to battle changing track conditions, traffic, and cautions all weekend long, so these ones are definitely special. Now it’s on to Crandon to keep the momentum rolling!” 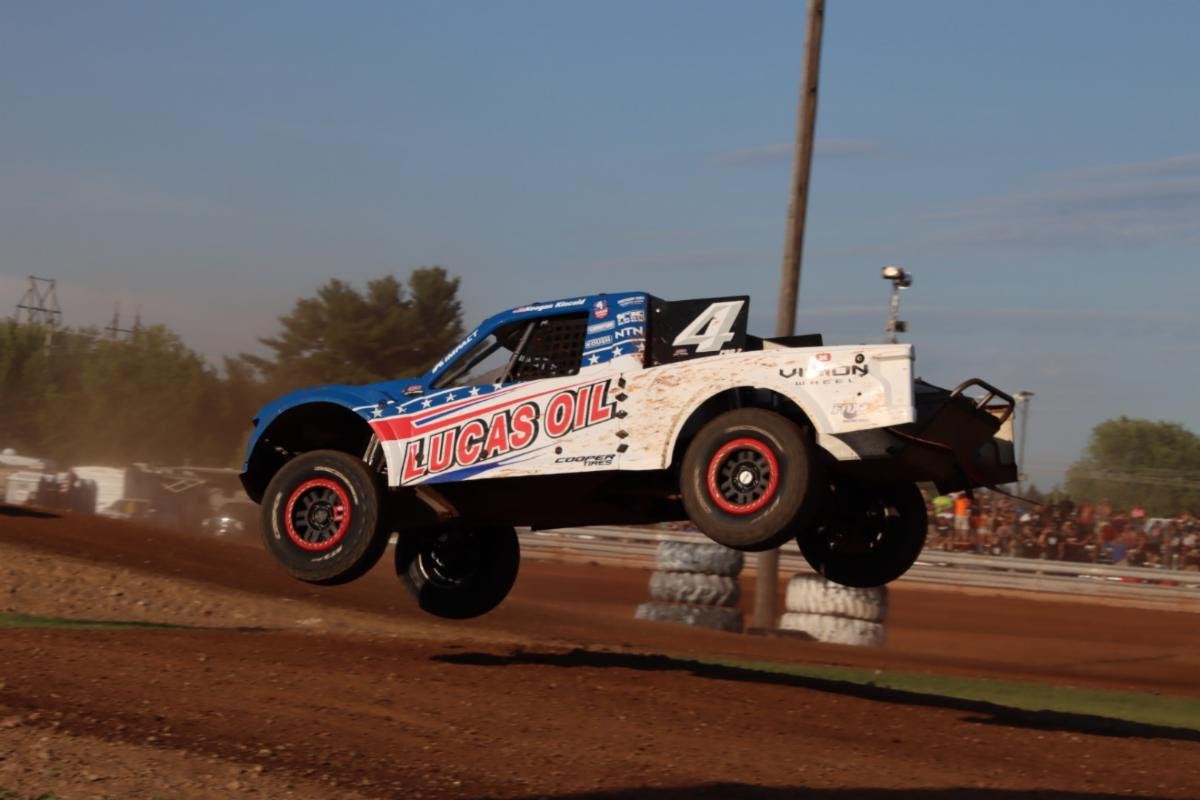 Starting from the front row on a massive 20-truck grid on Saturday, Kincaid immediately checked out on the chaos behind him, although numerous restarts would keep his competition close. But while defending West Coast champion Jerett Brooks, a new addition to the COR field for 2021, would stay in hot pursuit, Kincaid wouldn’t let the restarts get the better of him, hanging on for his first win since last year’s opener at ERX Motor Park by nearly a second at race’s end.

His second win of the season wouldn’t take nearly as long to happen, although it was a harder fight to get there from the fifth place starting spot. With Brooks up front and a rutted racetrack, Kincaid’s opportunity to capitalize came as multiple cautions once again kept the field close. Once he finally clawed his way into second, he took advantage of the leader slowing in a hairpin to take the lead with three laps to go, and pulled away as second place and third went door-to-door in the closing laps. 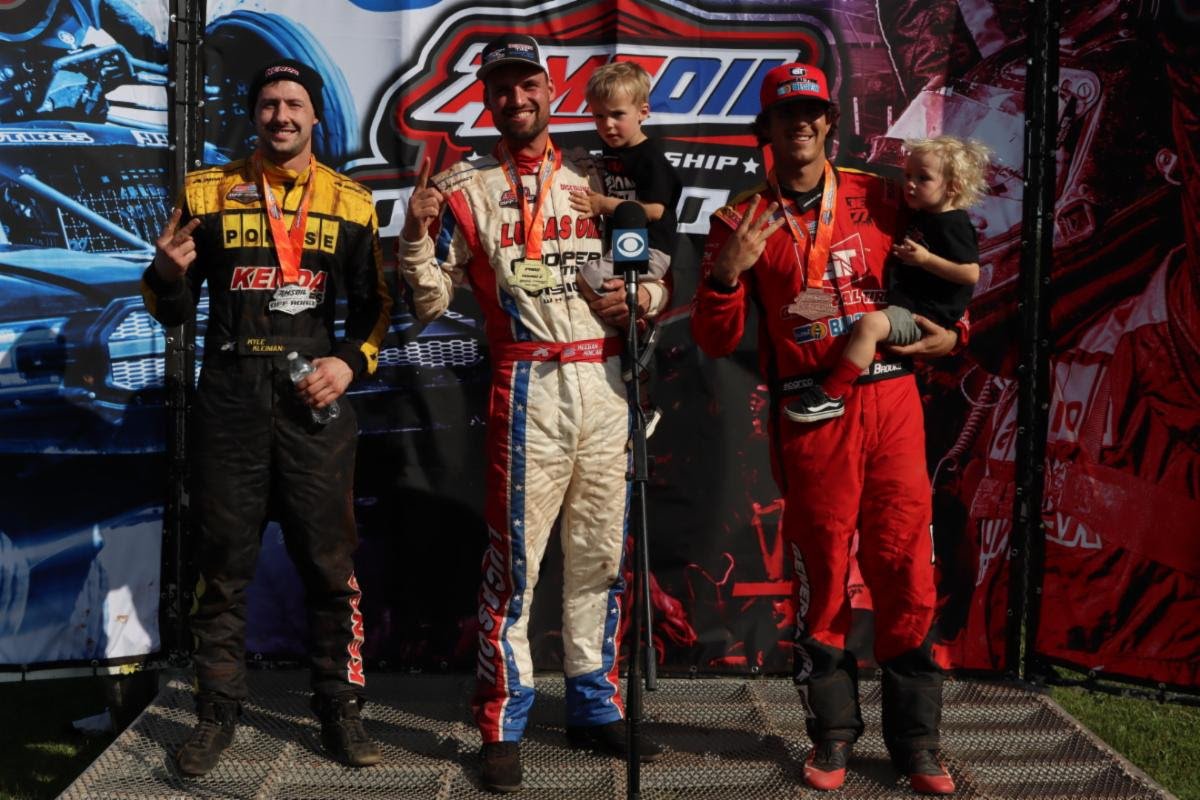 Now, Kincaid heads to his home track at Crandon looking for more trophies in the Forest County Potawatomi Brush Run on June 26-27. The former Crandon World Cup winner will look to carry his momentum from Antigo into the second event of the season, with hopes of adding more cushion to the five-point lead he built in the opener.