Kevin Benavides pulls back as the marathon stage concludes

The second part of the marathon stage was today battled out in the steppes, with the rally having reached day five. Now deep into Mongolia, riders faced stony, potholed terrain with some hilly, mountainous stretches which climbed as high as 1,600 metres above sea-level. There was even some offroad to tackle . The 337-kilometre special proved to be a fairly taxing task after yesterday’s demanding marathon stage.

Kevin Benavides managed to successfully repair his front brake, re-fixing the screws of his brake calliper on his Honda CRF450 RALLY which enabled him to take the start this morning from Ulan Bator. The Argentinean rider started out from the rear section of the field and, in spite of having to endure the dust generated ahead, was able to fight back to second place on the stage and climb to third spot in the overall standings.

Chilean rider José Ignacio ‘Nacho’ Cornejo suffered a rough stage, particularly after having helped out his team-mate. Nevertheless, he was able to make it to the final goal without mishaps and hang on to his overall position in the rally.

Joan Barreda fell today after starting out from third position and going all out for the stage victory. At WP1 he had already notched up the fastest time, but came a cropper at kilometre 122 while attempting to overtake another rider, putting an end to chances of rally glory. The Spaniard, however, battled on at a far less ferocious pace which saw him arrive home after a much delayed margin.

Competitors can expect another tough stage tomorrow with the second longest special of the rally at 408.17 kilometres between Mandalgovi and Dalanzadgad. Once again there will be fast tracks through the Mongolian steppes, with constant changes of direction, which means that the riders will have to stay firmly focused on the roadbook and won’t be able to savour the extraordinary countryside around. 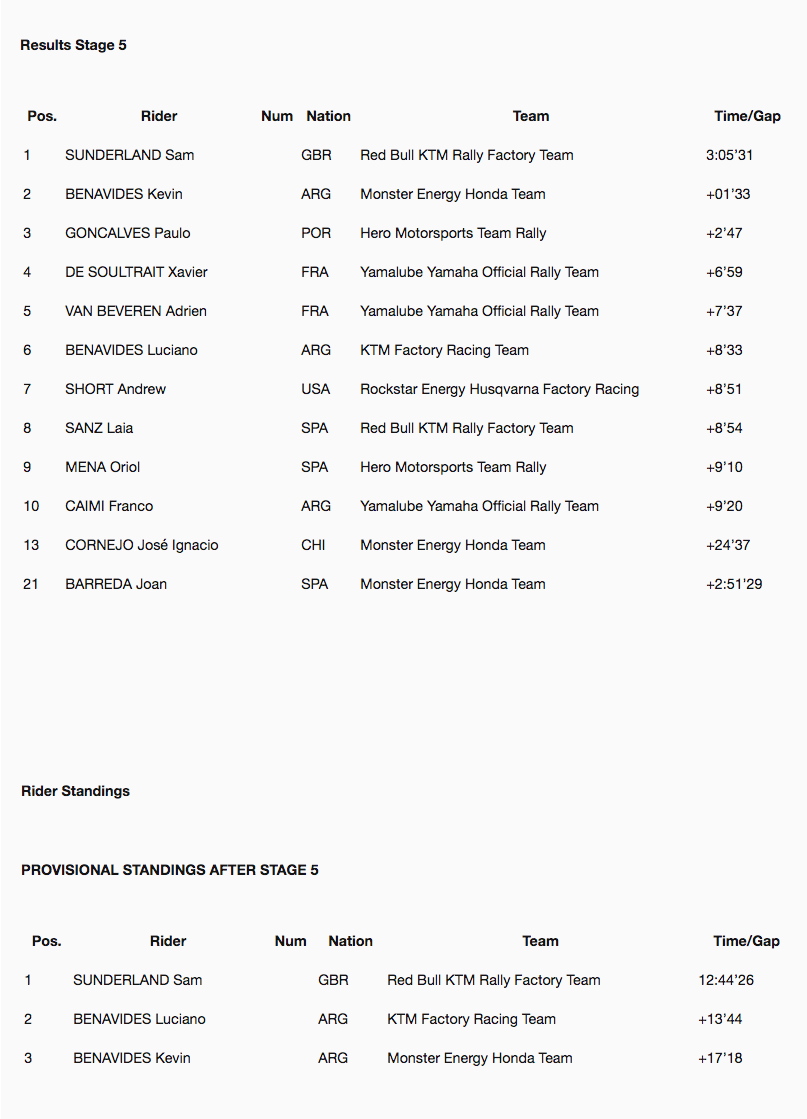