Earlier this year, King of the Hammers and Dave Cole, the owner of KOH, announced they would be holding a special Trophy Truck race as part of KOH in 2019– with $100,000 for the winner!  This kind of purse is unheard of in desert racing, and is a major step forward for the sport.  The racing world was both shocked and excited at the same time.  Since then, there has been a lot of speculation, rumors misinformation and changes to the format of the race as the idea has evolved. 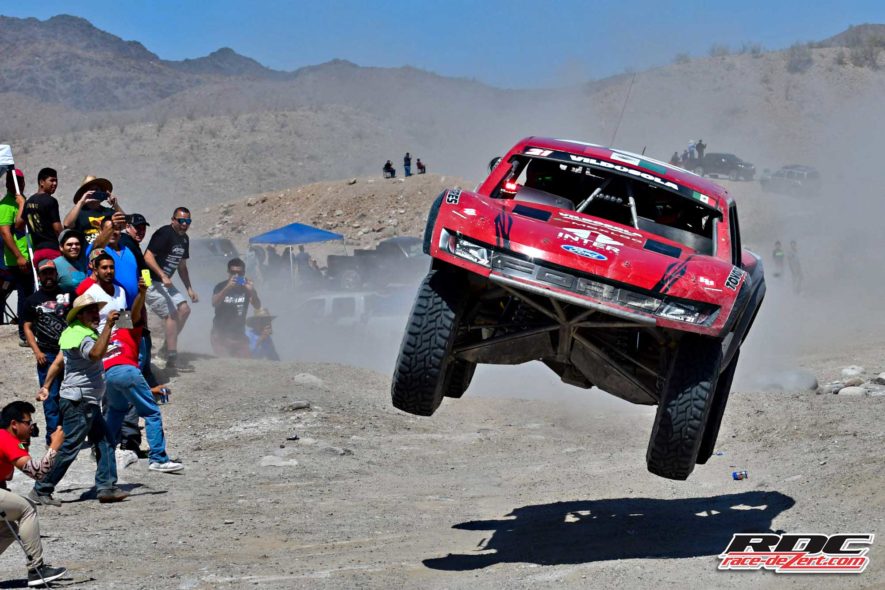 There was originally going to be just 31 invited drivers, with a Last Chance Qualifier for 10 more spots and qualifying and the race would be on the same day.

That has since evolved and the race will now include 50 trucks.  Dave and his team went through the results of every SCORE and BITD race over the last three years and ranked the drivers by finish.  Extra weight was given to the Baja 500 and 1000, the Mint 400 and Vegas to Reno.  The top 50 drivers on that list will be invited to compete.  There will no longer be qualifying.

The race will consist of two 80 mile and three 40 mile loops for a total of 280 miles.  At the end of the first 40 mile loop, the bottom 10 trucks will be pulled from the course and the remianing 40 will race to the finish and the big payday.  It has  also confirmed that the TT’s will NOT race on the rocks.  The TT race will share some of the desert sections with the KOH course, but there will be no rock crawling sections.

The latest bombshell is that the finishing results will now determine the start order for Trophy Trucks at the SCORE San Felipe 250.

I sat down with Dave Cole to talk about the event.

Matt Kartozian:  Where did this idea come from?

Dave Cole:  I’ve been thinking about for awhile; it’s come up a few times and we talk about it and bench race it.  I couldn’t have done it without Travis Clarke; he’s in the middle of that Trophy Truck Union thing.  the idea grew and all of a sudden he had Toyo and Monster ready to go.

MK:  As a rock racer its seems natural that you would come up with KOH, but you are not a Trophy Trucker so the line is fuzzier.

DC:  I just finished 3rd at the Baja 500 in Spec Trophy Truck (followed by Dave chuckling).  I just like the sport and I like doing cool stuff, and Trophy Trucks are pretty f-in cool. It was a logical extension of how to make KOH cooler from a promoter’s standpoint.  We do coverage of our race and I see people saying I wish there was coverage like that for a desert race.  The internet says you can’t do it, it’s so different.  There is no difference.  KOH or TTs it’s still just fast cars going through the desert.  I really wanted to be able to showcase Trophy Trucks.  No matter how cool KOH is we are still just rock donkeys doing rock donkey stuff.  Now we get to show off in front of the desert guys too.  It’s not just the event, I really believe that this is an opportunity for the desert side of the off road community to see what the Ultra 4 guys can do.

MK:  How will your race effect the other promoters like SCORE and BITD?

DC:  If we can reinvigorate the value of what those series are, then everybody wins. If finishing 5th instead of 6th at the Baja 500 is a big deal, because we only take the top 5 from that race, people are going to race harder.  It’s good for everyone, I want to be involved with SCORE and BITD.

MK:  There has been some controversy about the date being so close to the Parker 425.

DC:  Me doing a standalone event that is not part of KOH would be hard; there is so much infrastructure.  KOH costs about 1.5 million to put on.  The fences, the purse money, the $360,000 for a BLM permit, almost $300,000 for the live coverage, there is a ton of expense.  It does not really go up if I add another day of racing. I pay for an ambulance.  If I tried to do that for a TT race in April, all of a sudden I have a half million in expenses and it’s no longer financially prudent.  And will you be able to get people to come?  At KOH there will be 70,000 people watching the Trophy Trucks race.  That doesn’t happen in April.  Just like Parker can’t move the date because of their deal, I can’t move my date because of my deal with BLM and the holidays. 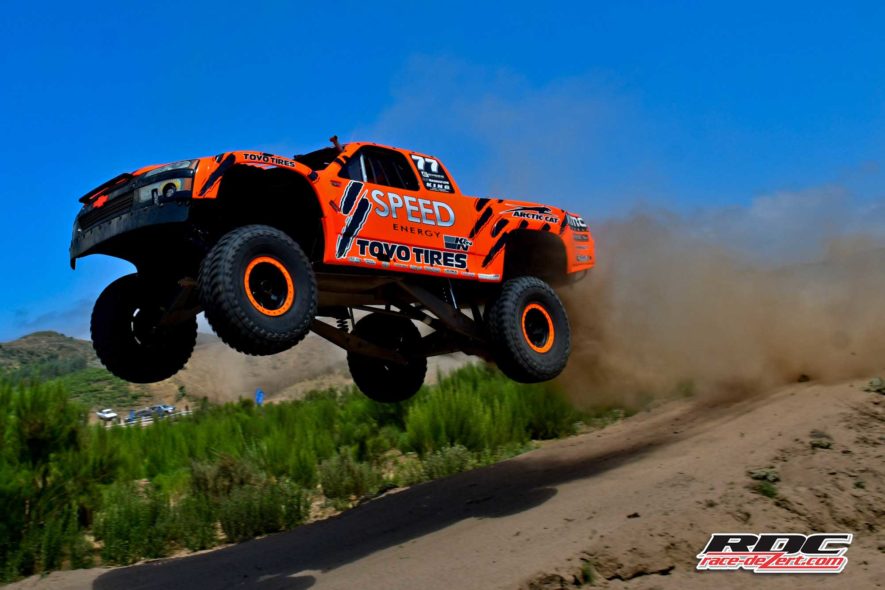 MK: Laughlin and Parker used to be very close together, sometime 4-5 days from the end of Laughlin to qualifying for Parker.  Lots of people still ran both.

DC:  We started looking at the drivers that are coming, Tavo Vildosola doesn’t race Parker; if Robby Gordon races, he’s usually in someone else’s truck at Parker. Some of these guys also have backup trucks.  Sourapas, Menzies even Olliges all have backup trucks.

MK:  What can you tell me about the ranking system you came up with?

DC:  It was a cool experience to see the end data.  Who you think number one is, isn’t.  We triple checked everything to make sure we were doing it right; it was a really cool process.  I’m getting grief because of Parker but my intent is to drive people to race both series.  I don’t want to be in the desert racing series business.  Go race something, anywhere, and that’s how you get ranked and earn a spot in our race.  I’m trying to find a way to incentivize guys to race Parker before our race next year.

There is no doubt that Dave Cole dreams and thinks big.  KOH went from just 13 rock racers to a massive event  with races for bikes, UTVs and more.  I have no doubt the new Trophy Truck race will also grow in time.  Since 2019 will be the first event and it’s still four months away I would not be surprised to see some more tweaking and minor changes to the format. I would be shocked if the actual race is not a home run its first time out.

The King of the Hammers will be February 1st-9th, 2019 in Johnson Valley, and the Trophy Truck race will be Thursday the 7th.

That’s rich they can race away with the money!