The first race in the rocks happened today with the 2021 Can Am UTV King of the Hammers race. Ninety Eight drivers left the start line today and included some of the best drivers in the sport from lots of different disciplines in UTV’s.

At 8am sharp all drivers left two at a time starting with top qualifier Jay Shaw and Nathan Wolf leaving the short course with a vengeance. After the lead pack crossed Means Dry Lakebed the wind seemed to come to a halt causing a cloud of dust to hang over the course. Six miles into the race set the tone for a tough day ahead. 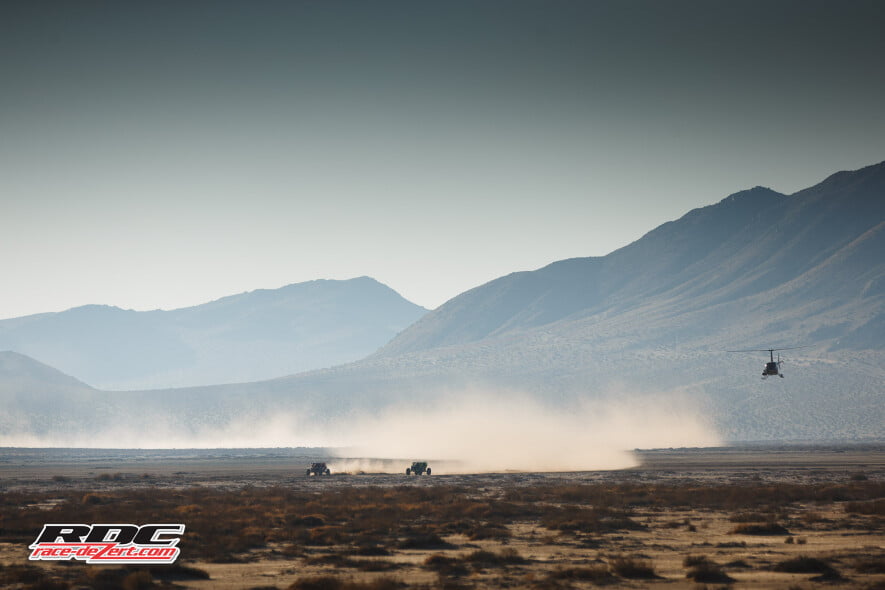 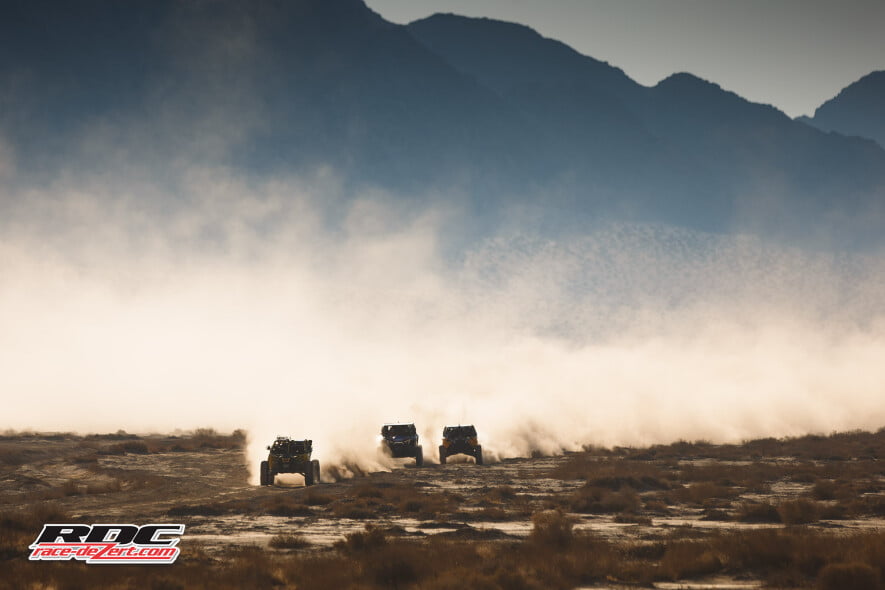 Drivers who have been prerunning during the week said that the desert section is the roughest its ever been especially after all the rain in recent days as well as the desert races earlier in the week. Getting through the desert section in lap one is an accomplishment in itself. 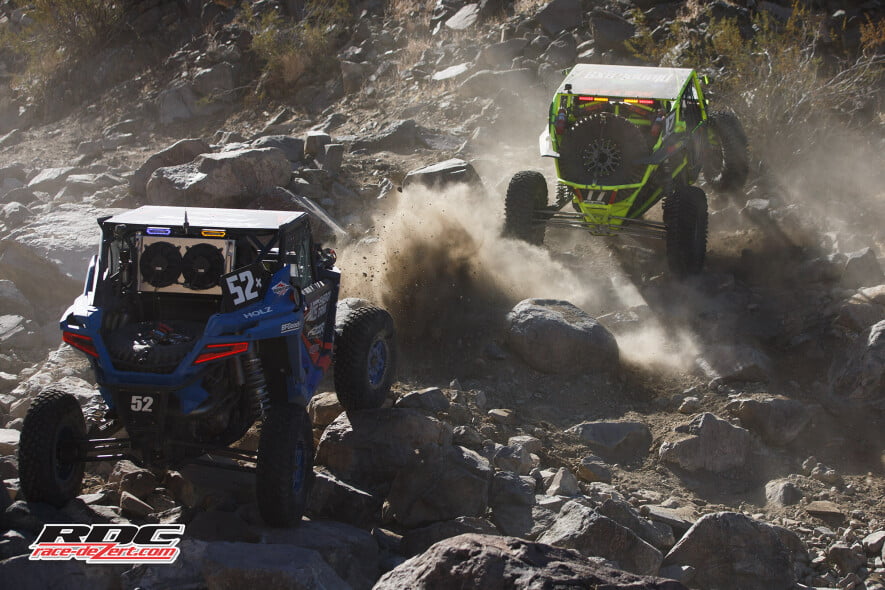 As the title sponsor Can Am had a strong showing sweeping the podium with Kyle Chaney, Cody Miller and Phil Blurton all finishing the race 1-2-3. Setting the tone early Chaney worked his way to the front on lap one. When UTV’s first came to King of the Hammers it was less of a race and more about survival but times have changed. 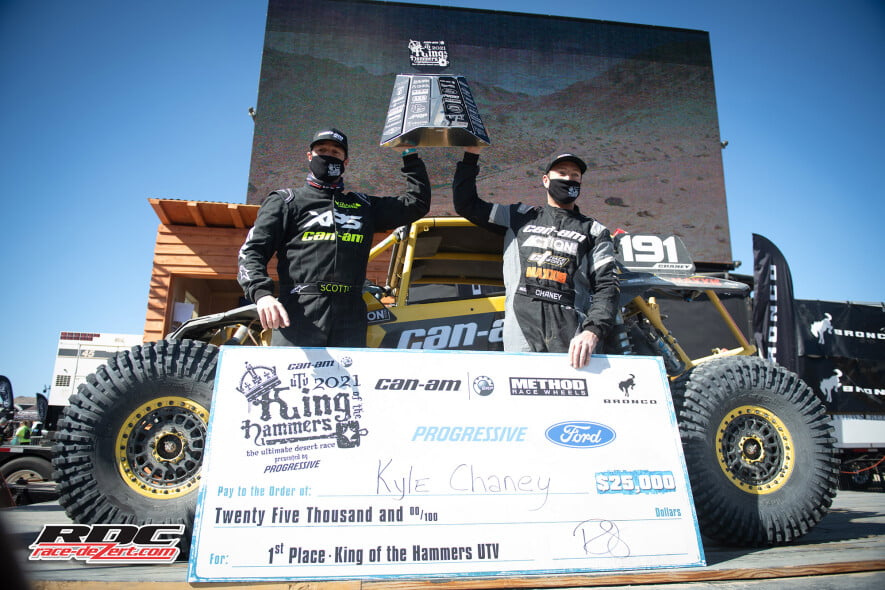 At the finish line Blurton said, “The first we did this I think was three years ago, it was like we just kind of cruised along and made sure the car got to the finish and now it’s like, full blown racing the whole entire time.” The days of cruising to a finish and getting a podium are long gone, now from the green flag its a full sprint to the finish. 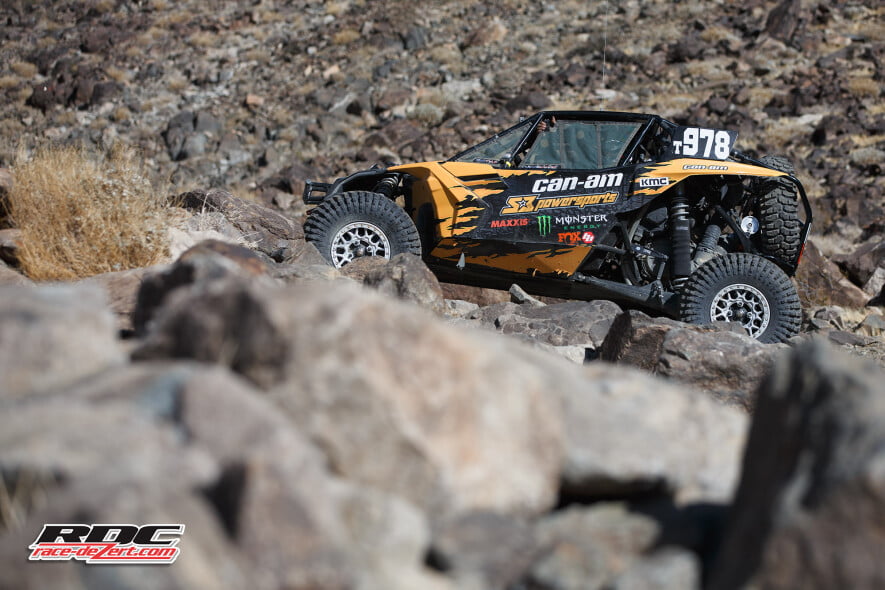 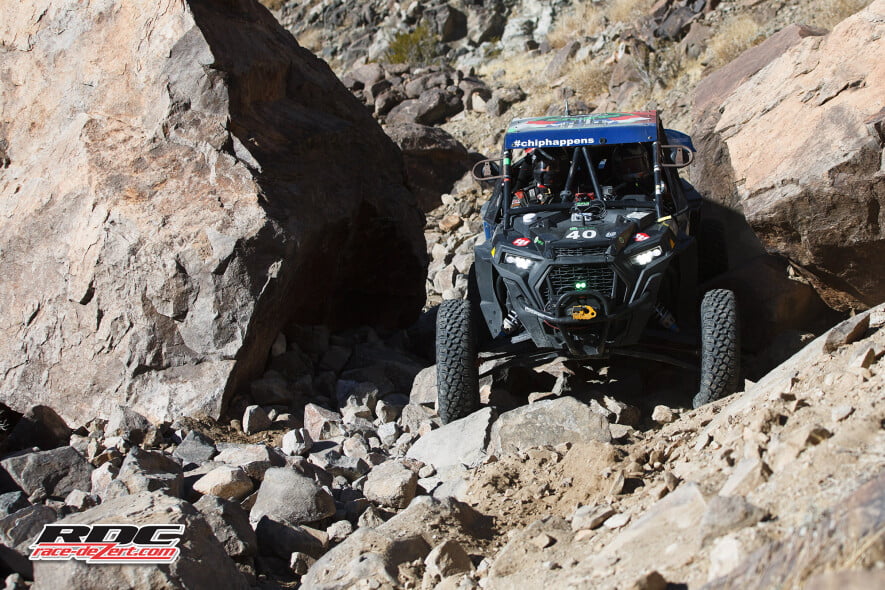 Heading out into the rocks competitors were already dropping out not surviving in the desert. Last years winner Hunter Miller lead physically going out on lap two but after flipping his car in Outer Limits Chaney took over the lead. From there he never looked back setting a pace where the other drivers just couldn’t keep up. 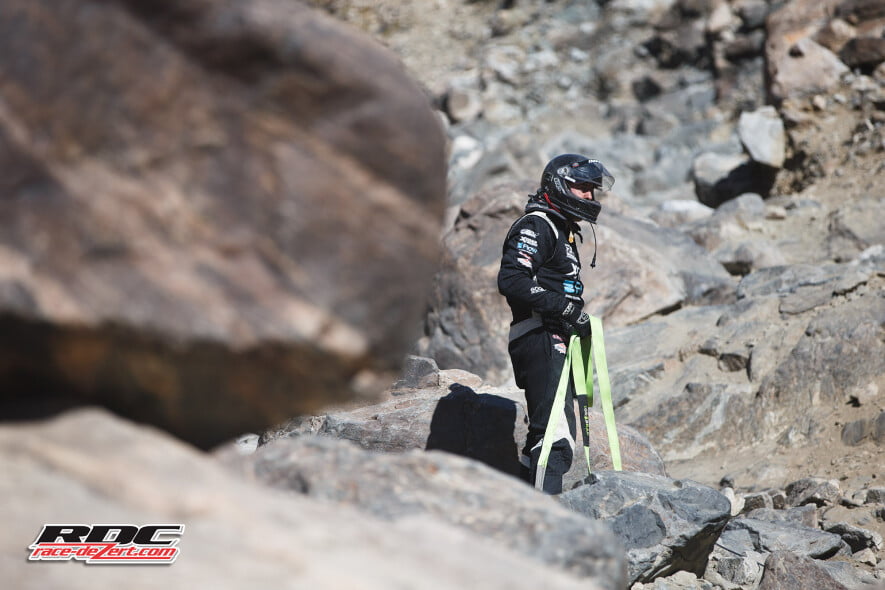 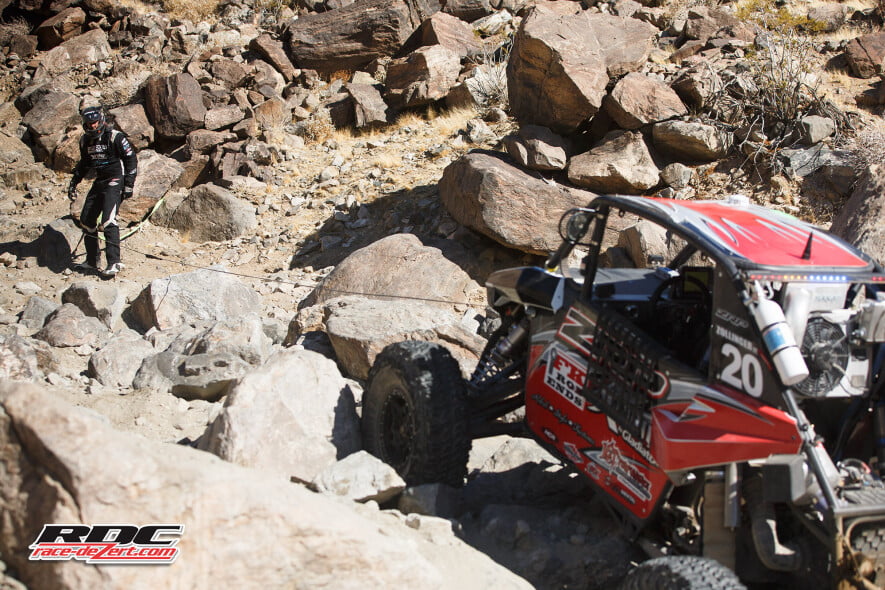 On such a difficult race course another key is having a trouble free race. Cody Miller who took home second said, “We had no mechanicals. The only time we stopped we never even got out of the car. We didn’t have to winch or flip the thing back over. So, we had a really clean race.” 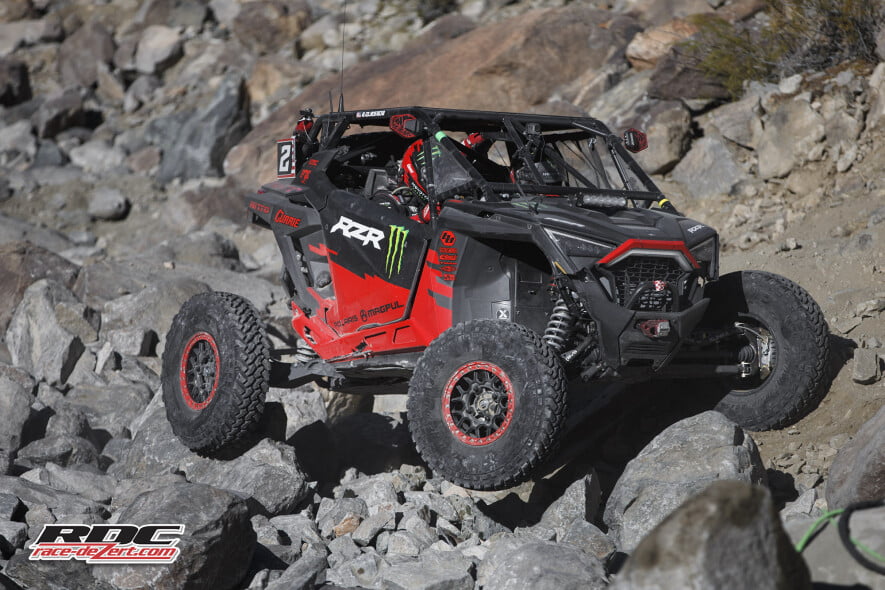 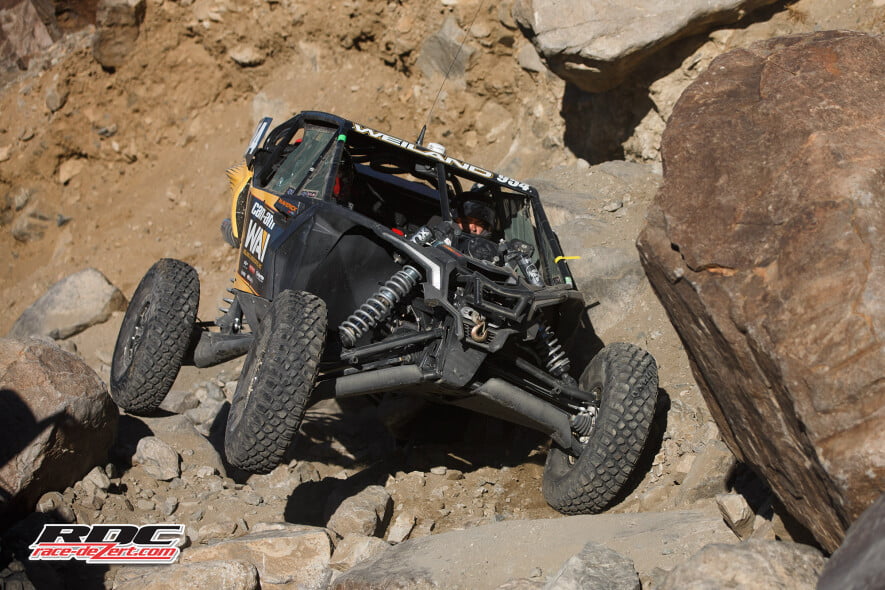 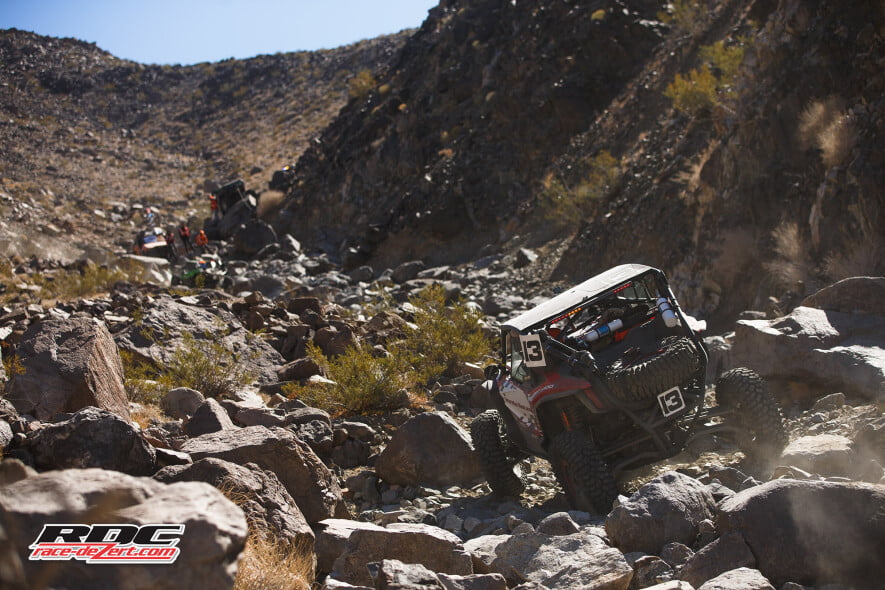 While Can Am finished in the top three spots Polaris had a good showing as well. Ronnie Anderson finished in fourth position crossing the finish line with style as his tie rod broke mid air causing him to roll. Jacob Versey finished sixth with former king Mitch Guthrie Jr finishing in seventh place. Jason Scherer who took a mostly bone stock RZR Pro XP finished in ninth place in his first time racing the UTV race. 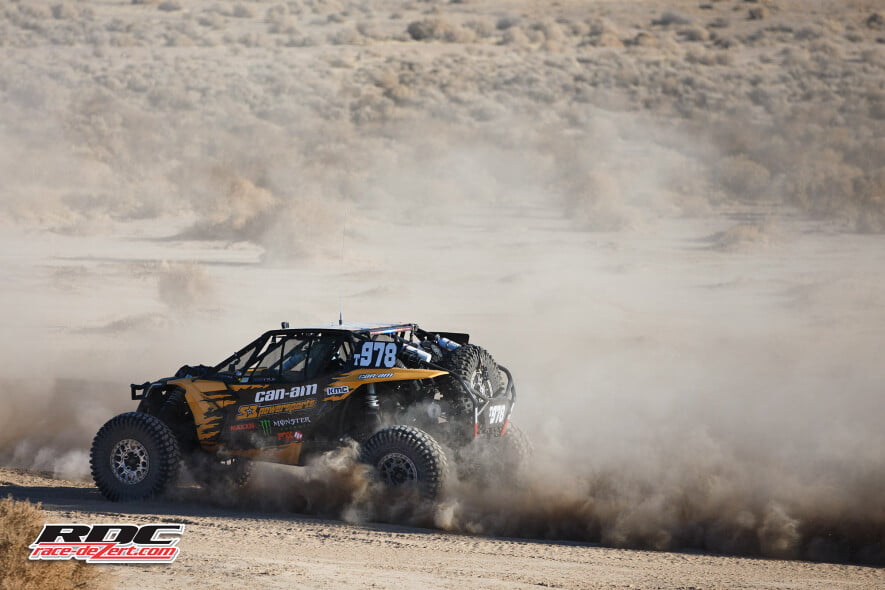 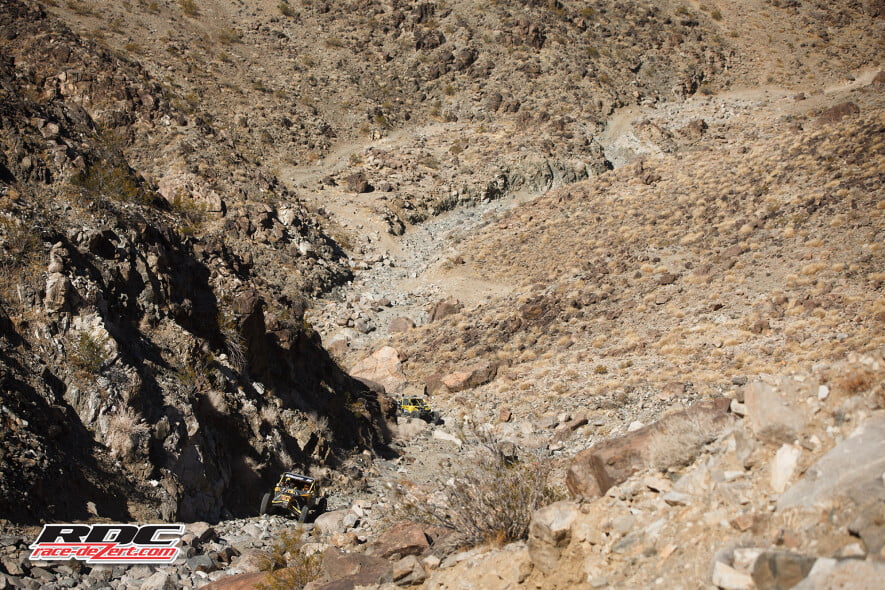 The biggest surprise of the day wasn’t how difficult the race was but just how fast the leaders finished. The estimated time based on the course was the leaders would finish was 1pm and Kyle Chaney came in around 11:45am with a time of 3 Hours and 47 Minutes. Miller was twelve minutes behind Chaney and Blurton nine minutes behind him. 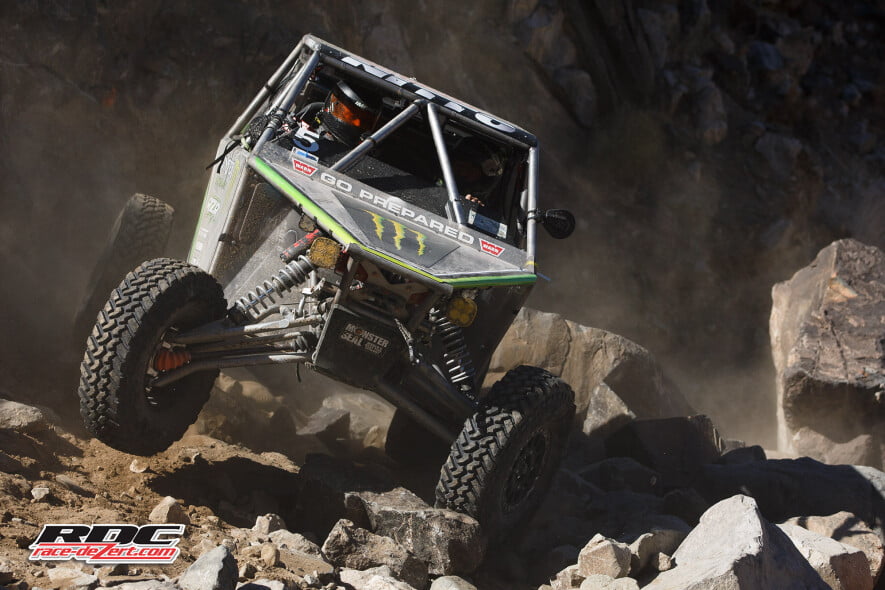 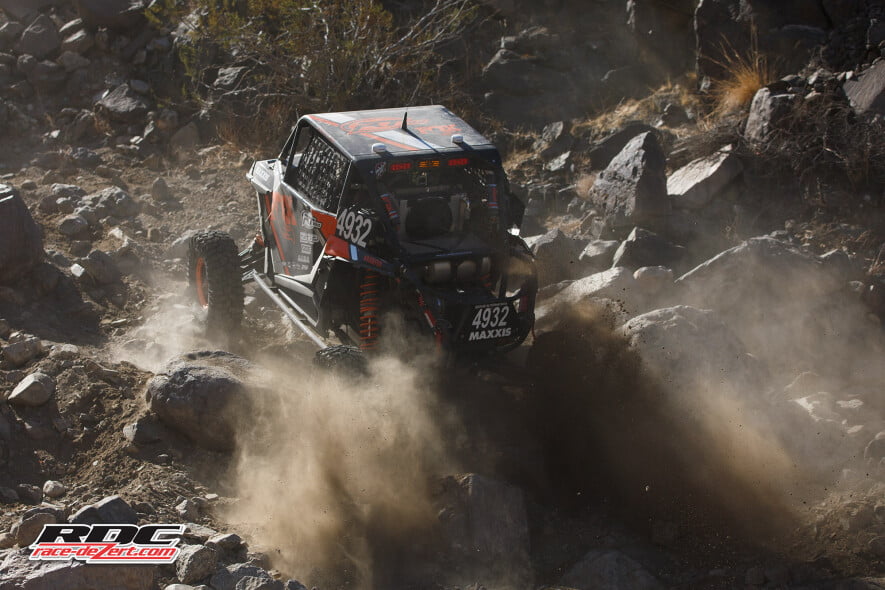 Only about half the racers finished the race before the 6pm cutoff with lots having trouble on course. Sara Price and Terry Madden broke an a-arm while on Jackhammer. Madden helped other racers winch up the obstacles and spotting for them before swapping the arm out from Gomez who DNF’d in the same area. They would continue on and end up finishing in 33rd. 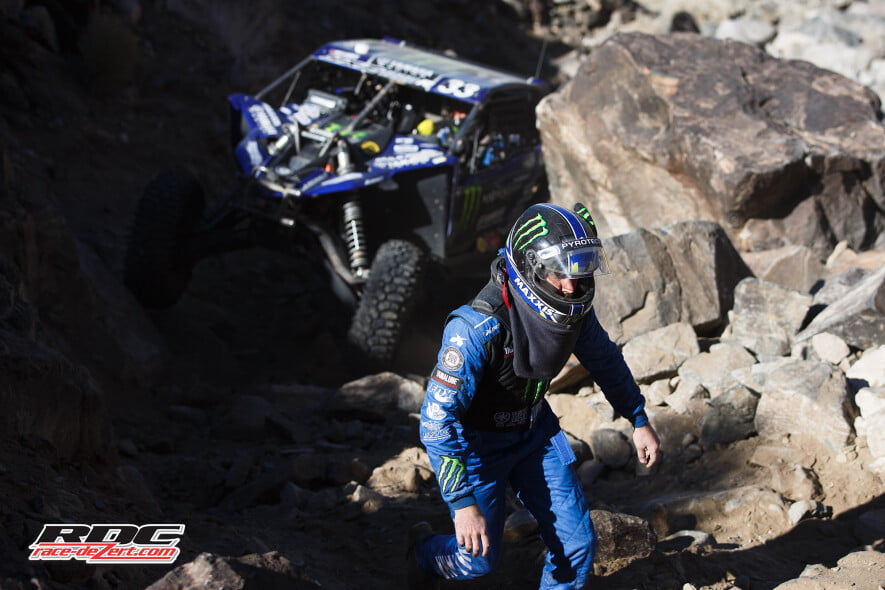 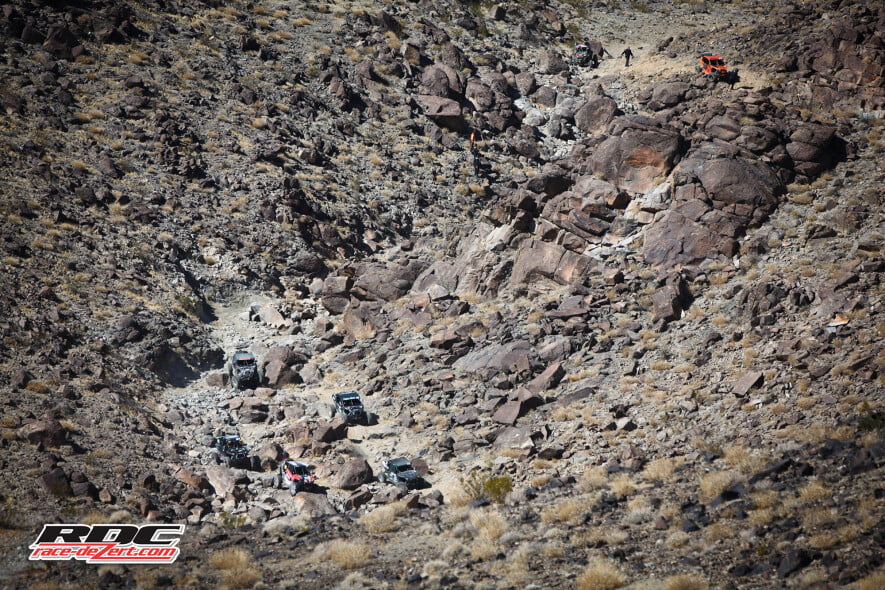 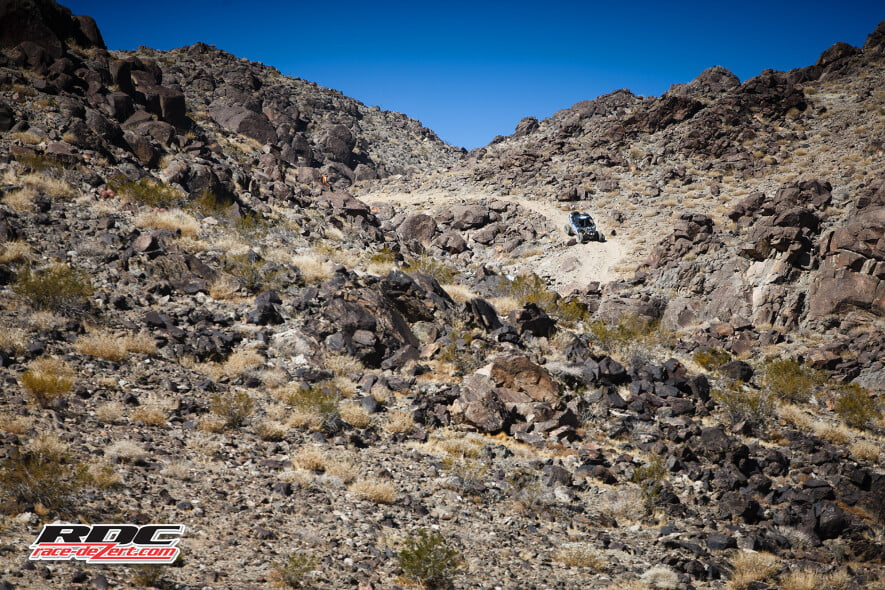 Casey Currie broke a front axle early in the rocks but was able to get up all the way to Jackhammer as well before swapping out the axle and continue on as well. While finishing the race he would cross the line with a broken front suspension arm but managed a 20th place finish.

Racing continues tomorrow with the 4 Wheel Parts Every Man Challenge. Make sure you follow live by clicking on the live stream below!