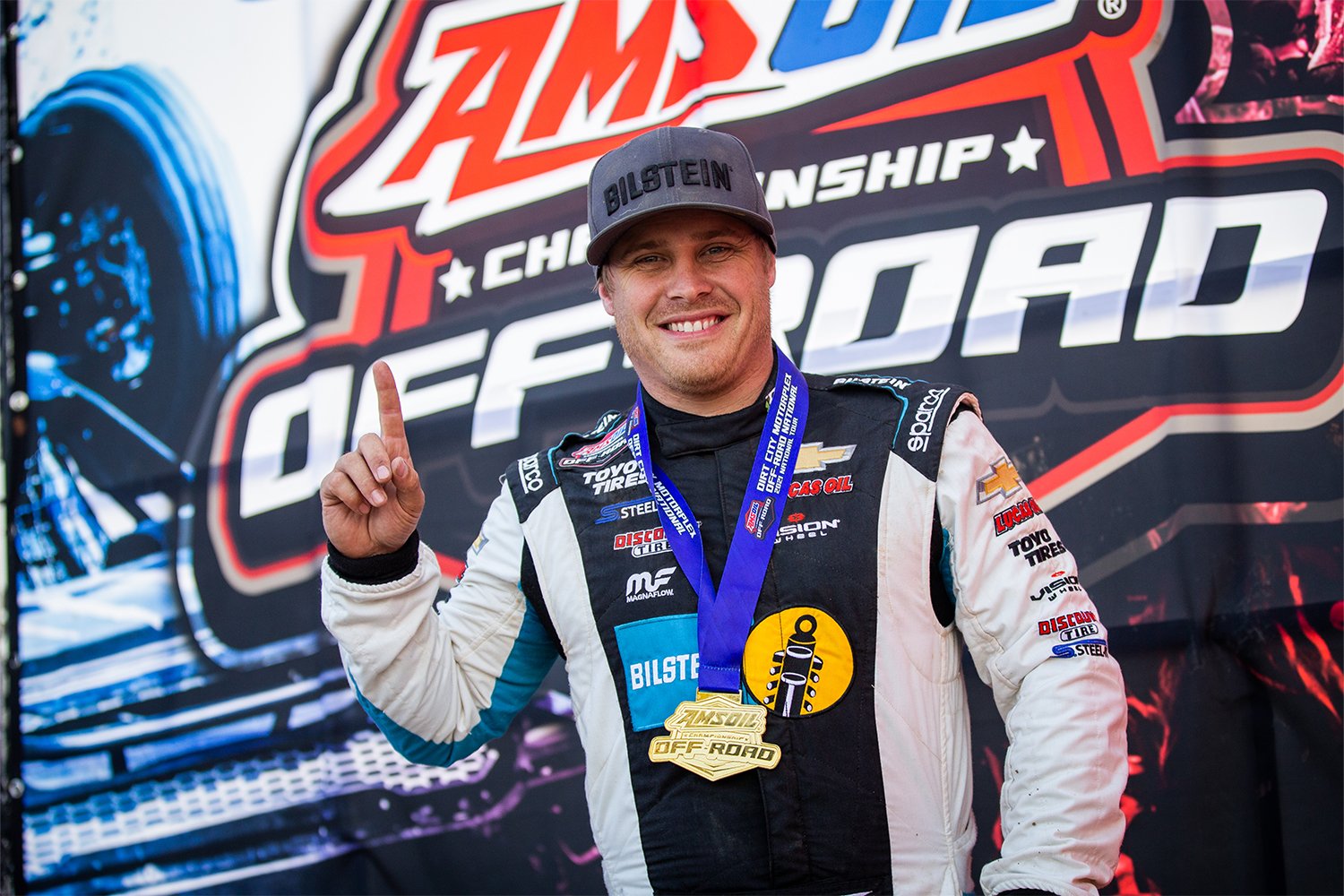 LENA, WISCONSIN – Kyle LeDuc and Ryan Beat continued their dominance in the Championship Off-Road (COR) series, taking first place in their respective divisions at the Dirt City Motorplex in Wisconsin over the weekend. The two wins took place during round eight as LeDuc and Beat relied on Toyo® Open Country® tires to get to the finish line.

Located in Lena, WI, the Dirt City Motorplex is one of the most exciting and fast-paced tracks on the COR series circuit. Round eight showcased a tough field of competitors in both the Pro 2 and Pro 4 divisions. The qualifying order was inverted, sending drivers with the fastest times in qualifying to the back of the field for the start of the race. Overtaking defined the races all weekend, as the fastest drivers made their way through the pack to compete for the checkered flag.

LeDuc and his #99 Monster Energy / Toyo Tires / WD-40 / Ford Raptor Pro 4 Truck started round eight in the eighth position after qualifying first. He was able to take the lead and hold on for another victory on the season. Beat and his #51 Bilstein / Toyo Tires / Lucas Oil / Chevrolet Pro 2 Truck laid down the fasted lap of the race, propelling him to another dominant victory in his division.

“Today’s victory was a great one and it was on bone stock, off the shelf DOT Toyo tires,” said Kyle LeDuc. “We had amazing traction and made it from eighth in the field, due to an inversion after qualifying first, to bring it all to the finish with the top spot and getting closer to a points lead. Big thanks to the track crew and everyone at Toyo Tires.”

LeDuc is a seven-time Pro 4 champion in the Lucas Oil® Off-Road Racing Series and he picked up his fourth victory of the season. Beat is a three-time Pro-Lite off-road racing champion and recorded his second win in the COR series, taking the points lead in the championship.

“It was an amazing round eight for us being able to pick up another win and the championship points lead,” said Ryan Beat. “The track was very technical with wet slick, blue groove, and heavy traction conditions so tire combination was critical. My Toyo Open Country C/T tires were the key to this success.”

“It was another incredibly successful weekend for Kyle and Ryan,” said Stan Chen, senior manager, events and sponsorships, Toyo Tire U.S.A. Corp. “It is great to see their consistent pursuit for wins in the COR series and with two weekends of racing left, a championship is in reach for both drivers.”

To learn more about the Open Country line of tires visit https://www.toyotires.com/product/open-country.