Off-road racing has gone electric, and some of our favorite drivers featured here at Race-Dezert will be racing in the upcoming series. SCORE Trophy Truck Spec Champion Sara Price and Lucas Oil Off Road Racing Series (LOORRS) Champion Kyle LeDuc. They have joined the legendary team known for Indy Car and NASCAR, Chip Ganassi Racing to race in the all-new electric off road series in 2021, Extreme E, a race for the planet.

Extreme E consists of racing electric off-road SUVs known as the Odyssey 21, a 550-horsepower all-wheel drive monster to race in extreme environments around the world that have been damaged or affected by climate and environmental issues.

Extreme E was founded by Alejandro Agag, who also founded the Formula E open-wheel series, a series that has seen great success. The series was built out of their founding three pillars – electrification, environment, and equality.  This is the first-ever motorsport to require each team to include both a male and female driver to share driving responsibilities.

Kyle LeDuc, The 38-year-old has to his name 101 victories and six Pro-4 championships in the Lucas Oil Off Road Racing Series (LOORRS).

“I am beyond excited to announce that I will be driving in the Extreme E series for Chip Ganassi Racing. Not only do I get to drive these fully electric 4-wheel drive cars around the world, but I get to do it for the man himself, the biggest team in motorsports, Chip Ganassi Racing.” LeDuc said in a press release. “I’m looking forward to working with my teammate, Sara Price. Some of the unprecedented features of this new series will be splitting these races 50/50 and racing worldwide in climate-affected areas.”

Sara Price, the 28-year-old, has raced about anything with wheels and has made quite the journey from two wheels to four wheels, racing motocross and claiming an X-games medal to claiming Baja Championships and even racing Stadium Super Trucks.

“This is a tremendous opportunity for me and something I’ve been working my whole career for,” Said Price. “When you think of the name Chip Ganassi, you immediately think about winning. It’s a team I’ve long admired, whether it be in IndyCar, NASCAR, sports cars or rallycross. Chip’s teams define winning.”

“The 2021 season seems far away but there is much to be done to get ready in a new form of racing and for the challenges the series presents. It’s a very exciting time not only for myself, but for this championship and the climate and environmental issues it intends to bring attention to.” Price said.

Interestingly enough, Sara and Kyle are the only American drivers that have been announced. However, not all the teams have officially confirmed their drivers. Sara and Kyle are the only drivers who have experience in off-road racing. In comparison, most of the other drivers announced have backgrounds in Rally Racing, F1, and Indy Car. Will this experience in off-road racing be of advantage to them in this new series? No one knows for sure, it is only speculation, and only time will tell.

Extreme E has also announced the schedule for the races. And has since been recognized by the Fédération Internationale de l’Automobile, (FIA), the governing body for many international sporting events. Extreme E has been granted International FIA Series status.

Looks like they will have some great vacation trips.How come Greta doesn't have a team?

I wrote an article for Digital Trends about the series when it was initially announced. So happy to see it is becoming reality. 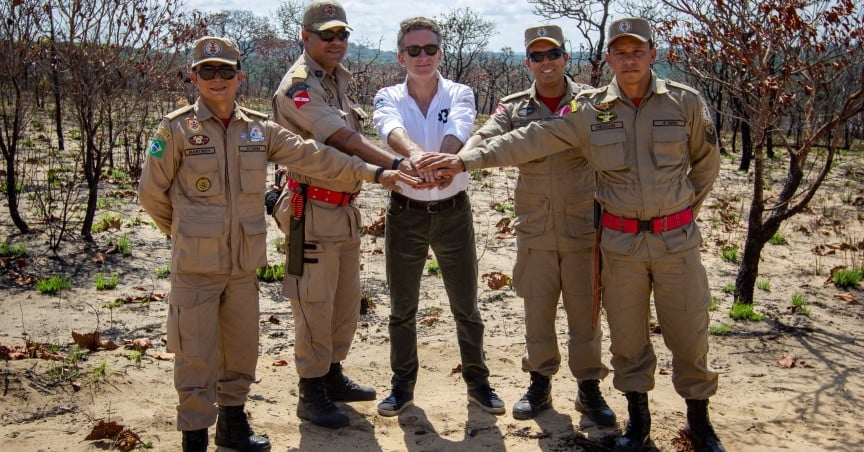 The recent fires in the Amazon rainforest brought extreme damage and devastation. Extreme E, the new all-electric Dakar style rally series, wants to shine a light on the issue, and has announced that sections of the area will be used for a racing event.

I'm really interested to see how this series fits into the larger world of off road. I confess that I vaguely resent the amount of media hype and (to its credit, mind you) competitor participation it has gained compared to our humble disciplines in North America. And the cars will sound lame and look ugly.

But it's off road racing with big tires and suspensions and so I'm sure I'll watch if it's available. And I'm kind of looking forward to guys like Lewis Hamilton and Seb Ogier getting all this media hype and then watching as Kyle Leduc and Sara Price leave them in their dust trails.

So, I worry that this could detract from off road, but if people get a bigger appetite for off road action, and a bigger respect for our stars, this could be a "rising tide" situation. "Hey, like this? Watch COR, we do this with loud trucks right in the back yard."

It will be interesting to see how this develops

This is awesome! Can’t wait till we get our 2nd ...electric...Trophylite built.

Still trying to figure out the relationship between saving the planet with electric motors and tearing it up racing off road. Or is this going to be on roads? The dual deal of planet saving by planet killers (their narrative) will be interesting.

Bro_Gill said:
Still trying to figure out the relationship between saving the planet with electric motors and tearing it up racing off road. Or is this going to be on roads? The dual deal of planet saving by planet killers (their narrative) will be interesting.
Click to expand...

Yes this is interesting for sure. If you watch the video at the bottom of the story where they announce all of the teams and info about the series they also talk about the race format and course, I think near the end of the video. Definitely shorter courses than what you would expect.
dezertpeople.com
offroadaction.ca

I like the electric propulsion of a vehicle going off-road aspect of the series.
Not a fan of virtual / on your screen only racing. No in person fans or events. Not a fan of Lets safe the planet via the racing awareness angle. No grass roots pathway where the peasant can participate at his own pace unless I am missing it.

I love to see competitive racing, daring logistics and modern technology getting put to the test.

I myself will take only the parts that I love and ignore the rest. Will follow this series and publish their development here one rdc.
1999-2019 : First Two Decades of Fun
​
B

Yeah, the Greenland thing kind of screams oxymoron. Stating that the country suffers from loss of ice due to climate change would seem to counter what the folks who need dirt to grow food might say if it weren't for the political ramifications. As I said kind of tongue in cheek but not entirely tongue in cheek, some people will have some cool vacations to write home about. Nothing grass roots or homegrown about the series at all. For a country like Senegal, do they really think the locals will buy off on any statement from the promoter that says they will benefit long term from participation? How about the promoter takes the money from that event and buys Senegal the amount spent on Tesla batteries and solar panels to provide long term reliable electricity to some of the out of the way third world communities in the country?
D

stephenrjking said:
But it's off road racing with big tires and suspensions and so I'm sure I'll watch if it's available. And I'm kind of looking forward to guys like Lewis Hamilton and Seb Ogier getting all this media hype and then watching as Kyle Leduc and Sara Price leave them in their dust trails.
Click to expand...

Same here, man. Same here. I love seeing those guys race, as well as the fantastic specs of their rides, such as the off road tires and off road steel wheels. This would be a sight to behold.
A