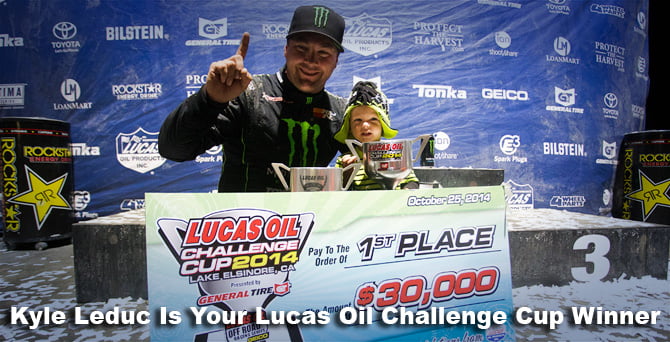 Going into The Challenge Cup all racers had nothing on the line and it was time to let it all hang out and race for the cash. Earlier in the day Sheldon Creed secured his Prolite championship in a single digit points lead over Brian Deegan, and Kyle Leduc brought back the #1 plate to his team earning another Pro 4 championship. With this being the final short course race of the year, there was no reason for any driver to save their equipment, you either finish the race or get towed back to your pits. 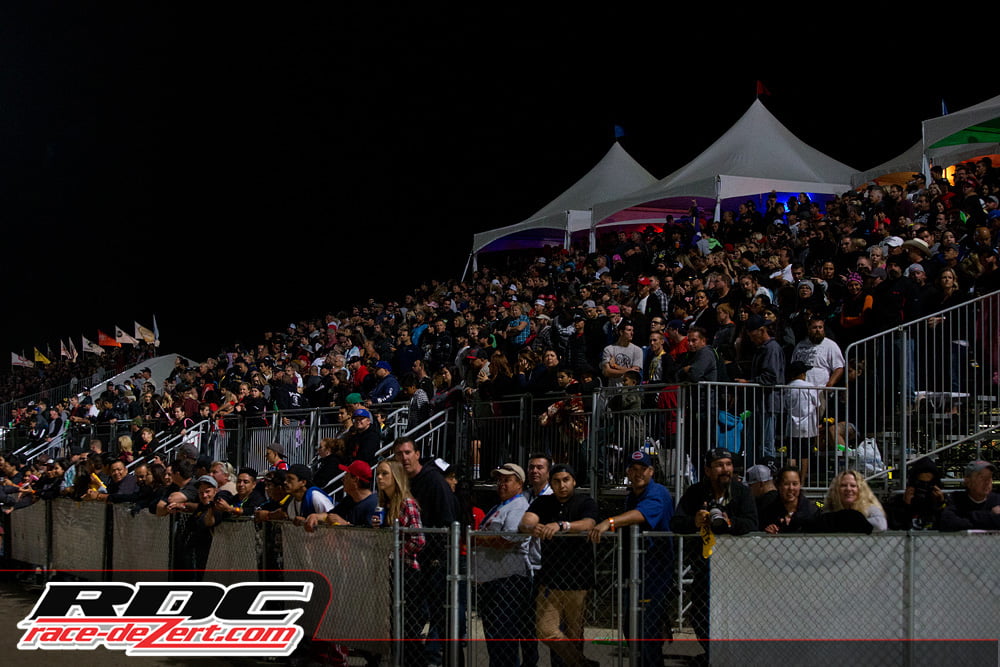 In the Prolite cup race $10,000 went to Jerret Brooks who not only went home with some extra cash in his pocket, but also swept all three Prolite races taking the checkered flag first in each one. Prolite rookie Gavin Harlien jumped out to an early lead battling with Kyle Hart for a few laps before Hart had to pull
off the track. Hot on Harlien’s tail was Casey Currie, Brooks, Sheldon Creed, RJ Anderson, and Justin Bean Smith. 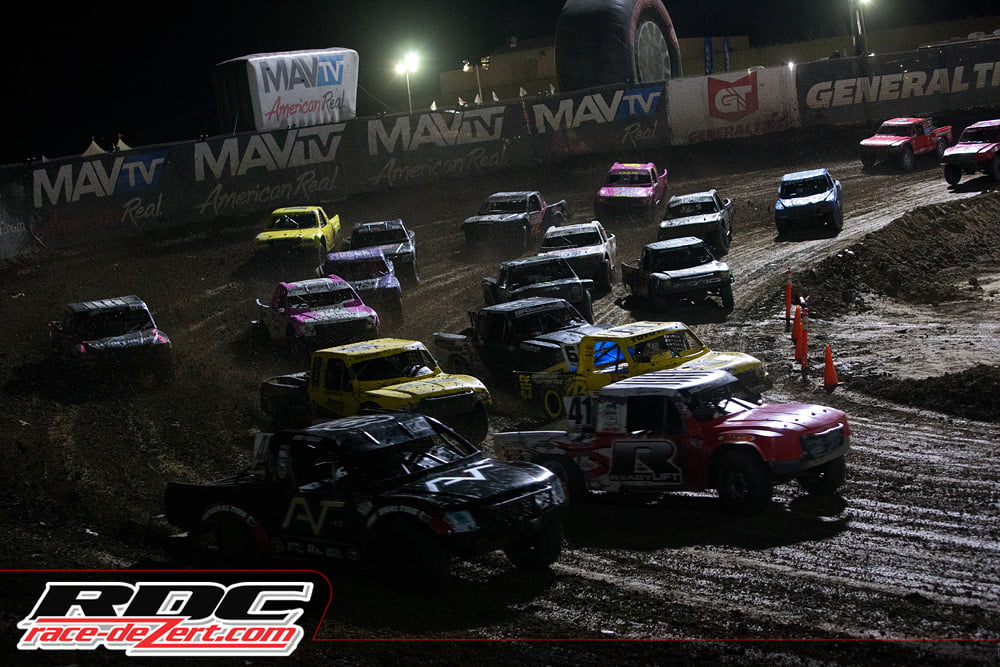 Harlien stayed calm and held off the chasing pack but something would happen late into the race causing the field to get around Harlien, however a yellow flag right after would cause the field to get repositioned giving Harliem a quick break and put back into the lead. Brooks would have nothing to do with it though and would make the pass to gain the lead and with only a few laps to go would hold on to take the win. In Pro Buggy is looked as though Sterling Cling would grab $10,000 along with his first class win, but newly crowned champion Chad George had different plans. Cling held the lead for the majority of the race laying down clean consistent lap times, but after starting near the back, George inched his way to the top picking off driver after driver. The cup win tops off a successful first season in Pro Buggy as George not only took home an extra pay check with the cup win, but also won the season championship. 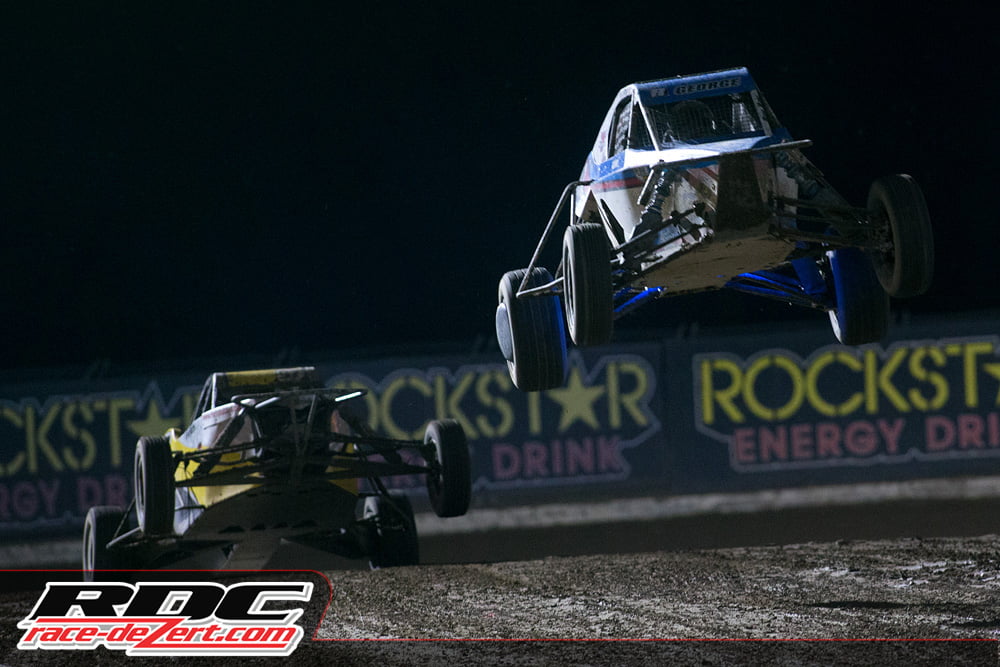 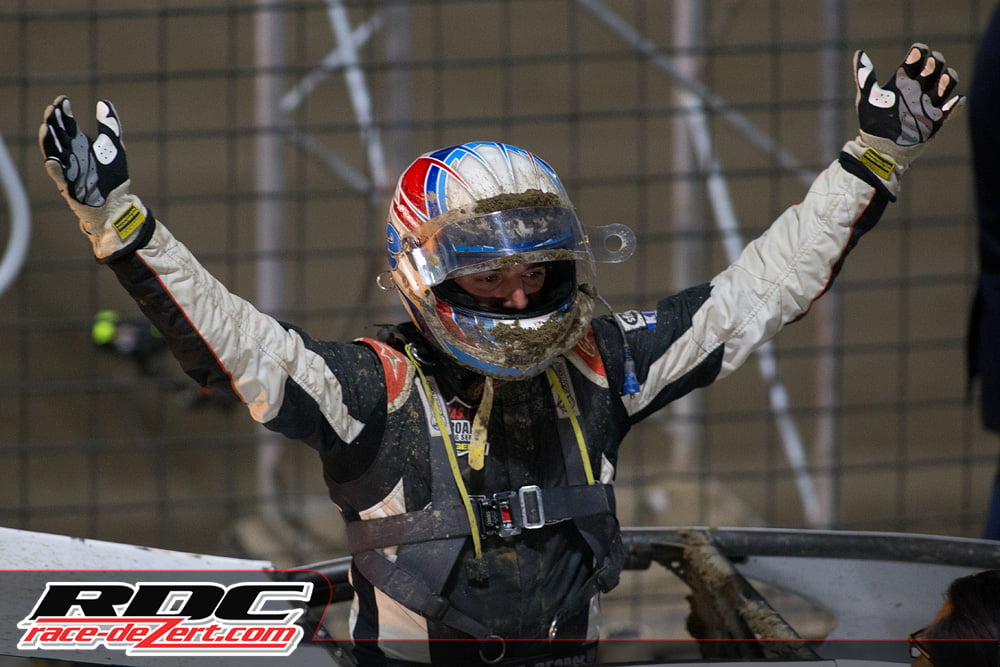 The race everyone came to see was the last of the night, and the sold out crowd at Lake Elsinore were treated to a great show with some great clean battles and multiple lead changes. The Pro 2’s were given about a 3/4 of a lap head start, and with the first part of the race going smoothly with no yellow flags, it didn’t look like there would be any way a Pro 4 could pass all the Pro 2’s before the checkered flag came out. Marty Hart and Robby Woods started front row and had a great battle going on, but almost halfway through the race the first yellow flag came out. 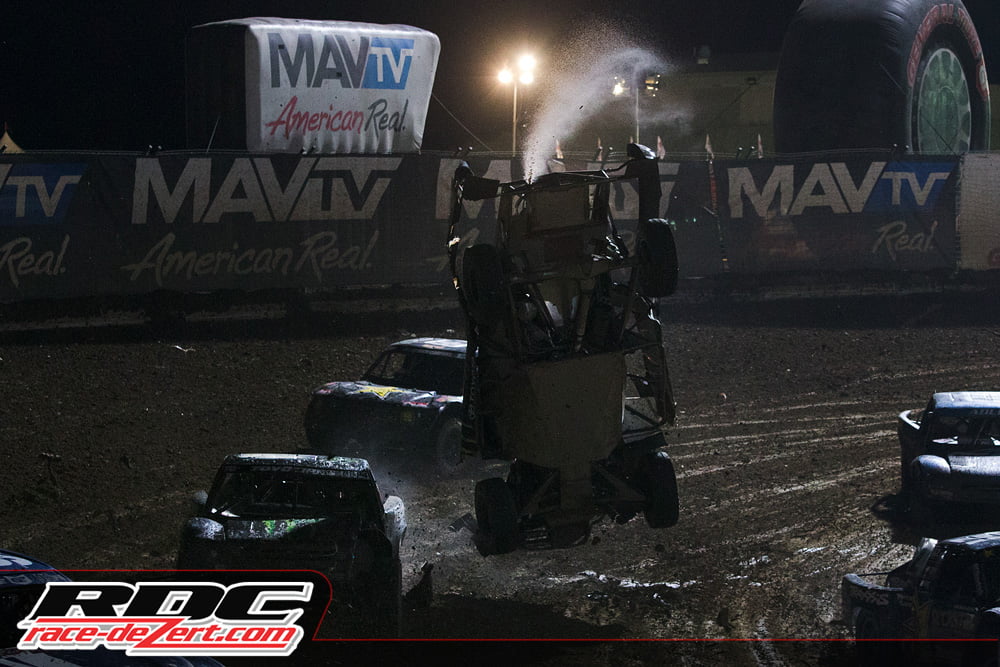 Not only did this restart the race, but it let all the Pro 4’s instantly catch up to the Pro 2’s. At the restart it didn’t take long for Barron, Leduc, and other Pro 4’s to start picking their way through the field. Woods, RJ Anderson, Rodrigo Ampudia and other Pro 2’s gave the 4WD trucks all they had but it just wasn’t enough. Leduc who started near the back in Pro 4 (starting position was determined by the top 10 in points inverted) had a few fellow classmates in front of him but within a lap got by them all and moved into first. If there is one thing we’ve learned this season is that once Leduc has a lead the only way he loses it is if he breaks. Barron, Rob Mac and Ricky Johnson all tried to catch Leduc but it was Leducs night and he would take home a check for $30,000, and his name etched into the Lucas Oil Challenge Cup trophy. 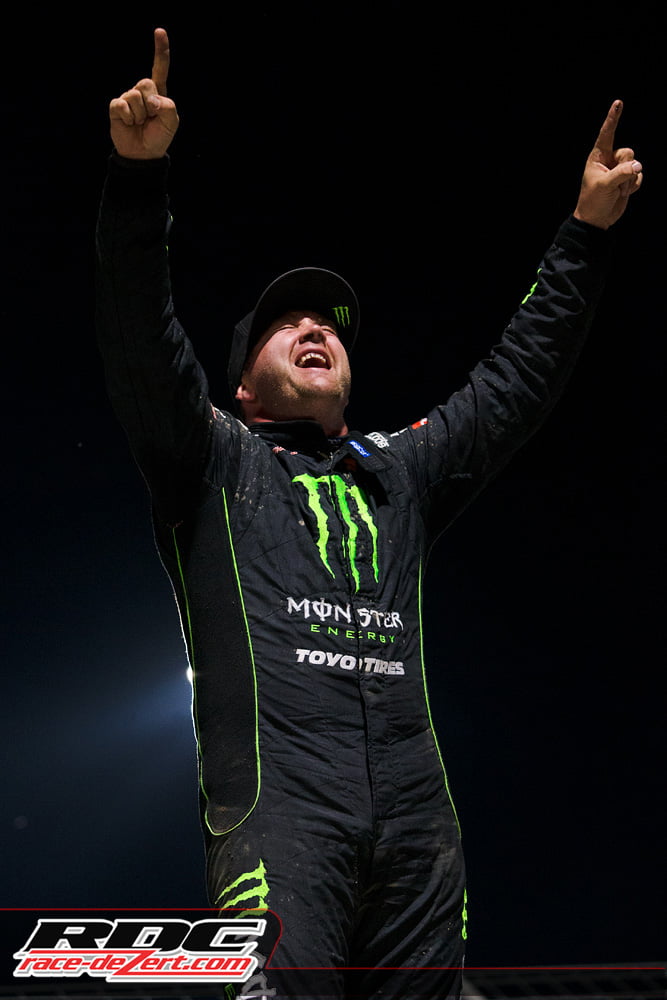 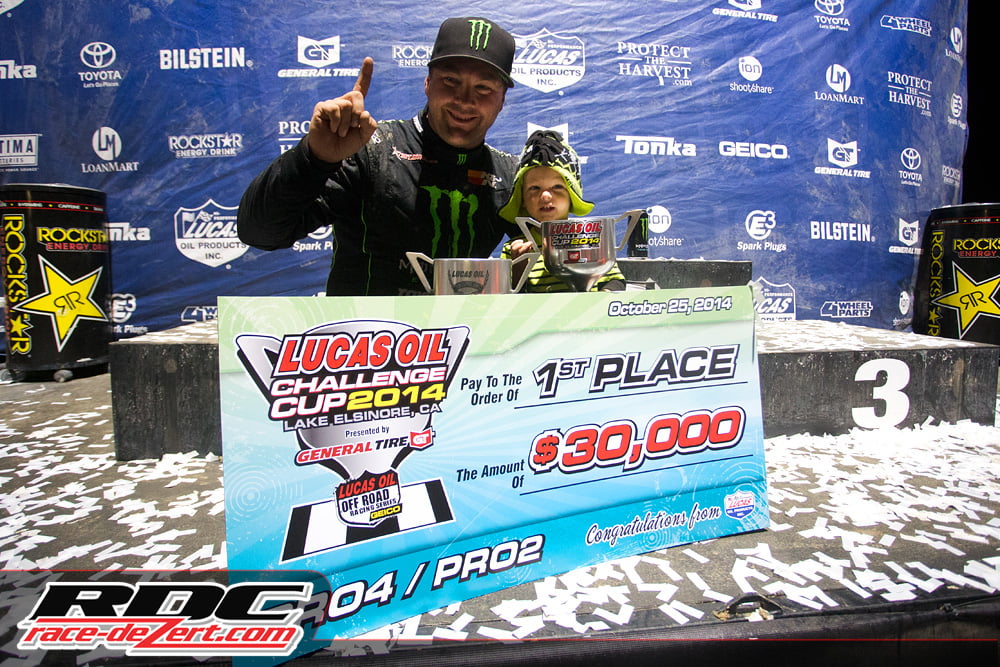