The 2014 Rally America season comes to an end at the Lake Superior Performance Rally in Houghton, MI. Surrounded by Lake Superior and taking place in the fall, the weather patterns were nothing short of unpredictable. Over the course of the two-day event, covering over 128 stage miles, the drivers battled in freezing temperatures and slick conditions on the drenched roads. 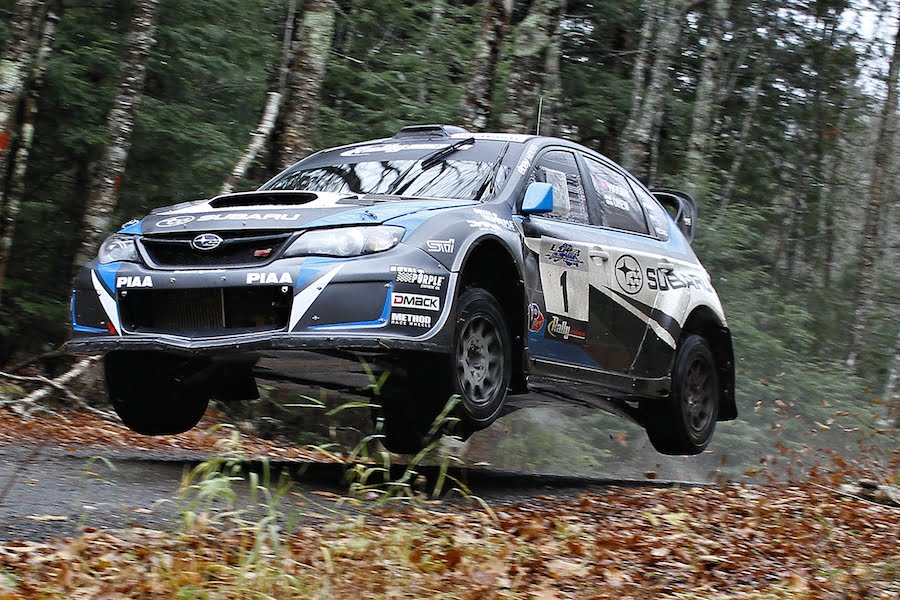 After the first day of the race, Subaru Rally Team USA’s David Higgins and Craig Drew were in the lead and maintained the position throughout the remainder of the rally securing their 7th win this season. 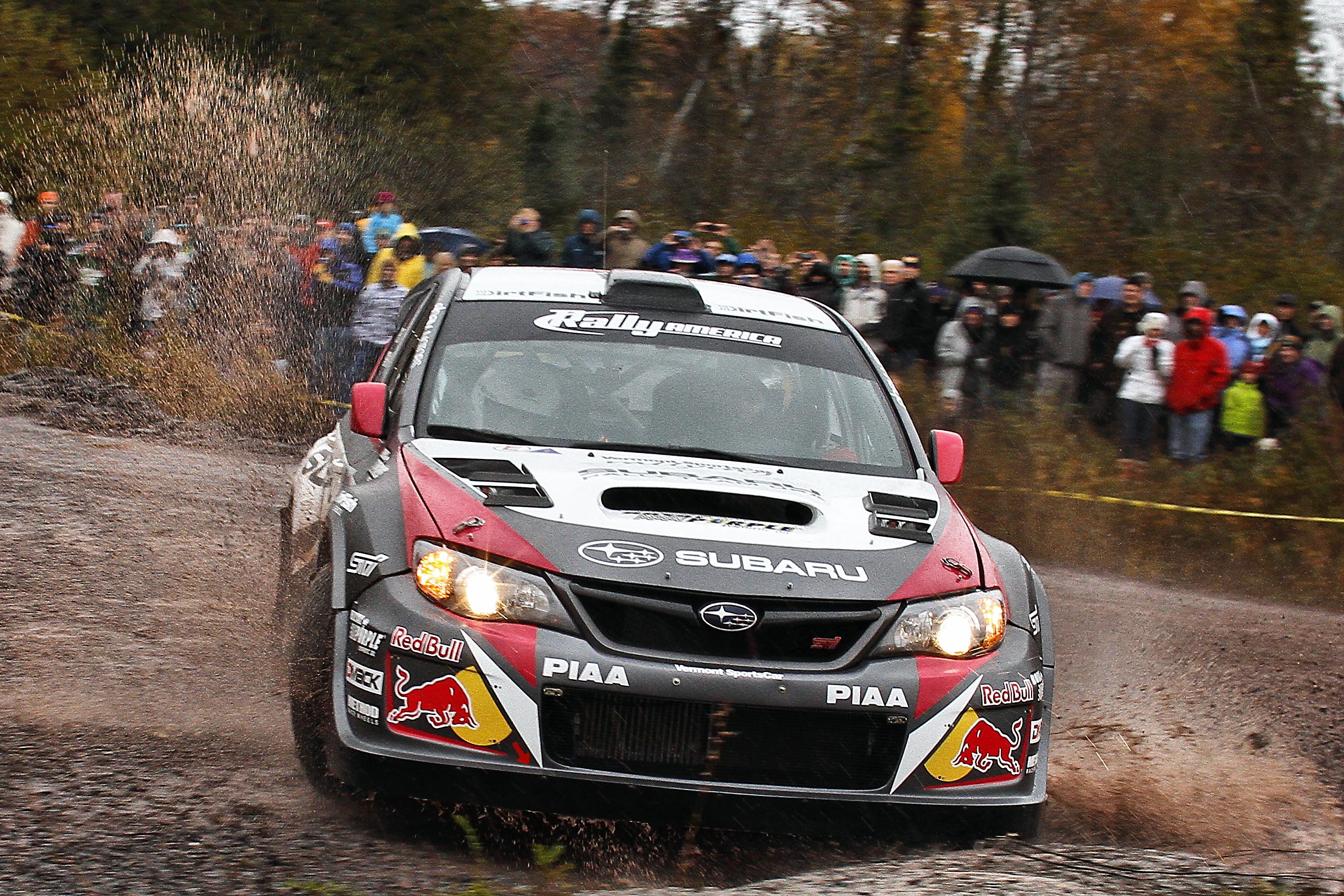 Putting on nothing short of a spectacular show for the fans, Travis Pastrana and Chrissie Beavis began the second day of LSPR only 22.3 seconds behind David Higgins and Craig Drew. Unfortunately bad luck struck when Pastrana put his Subaru WRX STi into a river, and although able to get back on the road and finish the stage, coming in through the finish line after the time limit forced Pastrana and Beavis into early retirement. 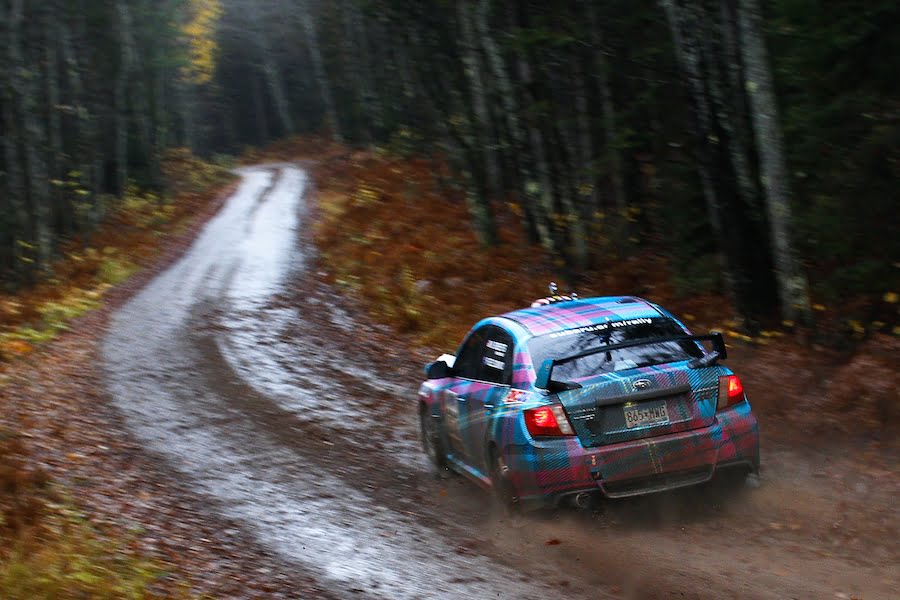 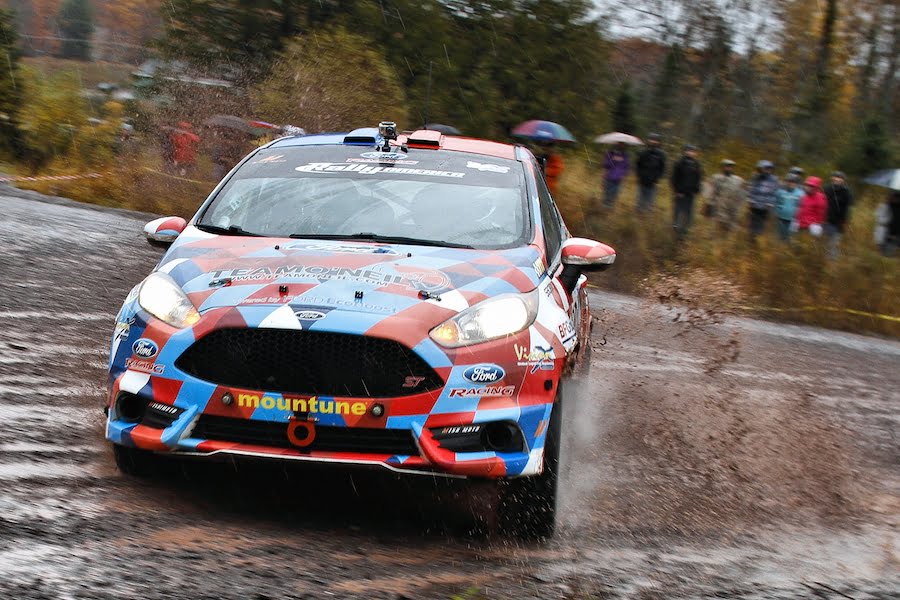