Last time out in Sardinia

As Extreme E gets set to return with its Island X Prix double-header, co-organised by the Automobile Club Italia and Regione Sardegna, next month, we look back at last year’s dramatic on-track action in Sardinia.

The Championship was headed into its penultimate round of Season 1 last October, and the title battle was hotting up between the top three as the series arrived for its first ever European round.

Rosberg X Racing (RXR) were at the top of the standings heading into the Island X Prix, but their lead had been cut just nine points after losing their winning streak with a fifth-place finish in Greenland, having suffered damage in the Final of the Arctic X Prix.

Their nearest challengers remained X44, who were cruelly denied victory in the third round after suffering a puncture, though still managed to cut the gap to leaders RXR by five points with their fourth-place finish. These setbacks allowed the Andretti United Extreme E team to take their first win and third place in the Championship standings, just 22 points adrift of the top spot.

The inaugural Enel X Island X Prix saw RXR tighten their grip on top spot in the standings, though, securing their third victory of the season from four rounds in Extreme E in an action-packed Finals day. 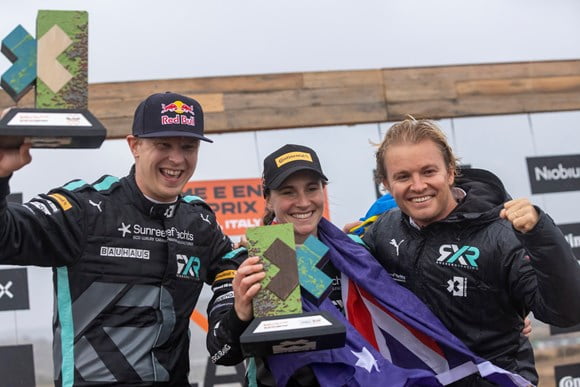 In the most challenging conditions experienced all weekend as rain fell before the Final, RXR’s Molly Taylor and Johan Kristoffersson executed a measured drive to claim the win and extend the team’s advantage at the head of the Championship leader board.

It was heartbreak though, for both X44 and SEGI TV Chip Ganassi Racing in the Final. Lewis Hamilton’s outfit made it into the final race of the weekend thanks to incredible work by the team to repair their ODYSSEY 21 E-SUV following a semi-final crash with Andretti United Extreme E’s Timmy Hansen.

With Sébastien Loeb at the wheel, X44 initially led the five-car Final, but dropped to second behind SEGI TV Chip Ganassi Racing’s Kyle LeDuc. Worse was to follow for X44 though, as a left-front slow puncture turned into broken steering, leaving the car stranded on track.

With RXR and ABT Cupra XE battling over second place, SEGI TV Chip Ganassi Racing were in control as Sara Price took over their ODYSSEY 21 for the second lap. However, the American team’s hopes of a maiden victory after a season of bad luck were dashed after they too suffered technical difficulties, ruling them out of contention.

That handed RXR the lead, with Kristoffersson managing the pace until the end in the slippery conditions. Chasing the Swede driver was ABT Cupra XE’s Mattias Ekström, who had lost its right-hand door early in the second lap but managed to continue. The Swedish drivers were separated by 24.588 seconds at the finish.

Despite a high-speed spin early in the first lap for Mikaela Åhlin-Kottulinsky, the JBXE team completed the podium, having previously won the Crazy Race to make it into the Final. They achieved third place despite their car stopping on lap two with Kevin Hansen at the wheel, having dropped a long way behind the leaders with a problem.

Before the Final, The Crazy Race produced one of the most dramatic moments of Season 1 as Stephane Sarrazin suffered a huge roll in Veloce Racing’s ODYSSEY 21, but thankfully walked away unscathed.

As has been the case throughout Extreme E’s short history, X44 again topped the Qualifying standings ahead of Finals day.

If the action is as dramatic as it was when the series last visited Sardinia, Extreme E fans will be in for a treat.

The Island X Prix returns in July 2022. Co-organised by the Automobile Club Italia and Regione Sardegna, this event will see a double header with X Prix races taking place on 6-7 and 9-10 July.

Who will be victorious this year? We can’t wait to find out. 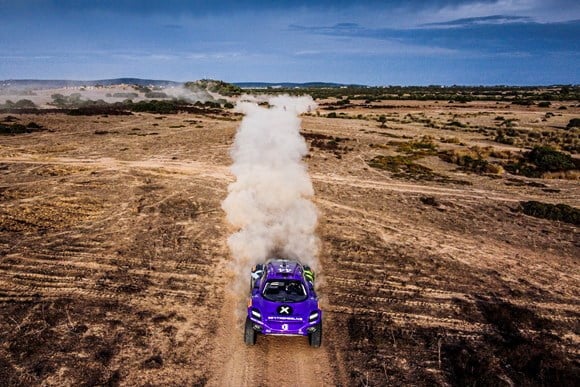