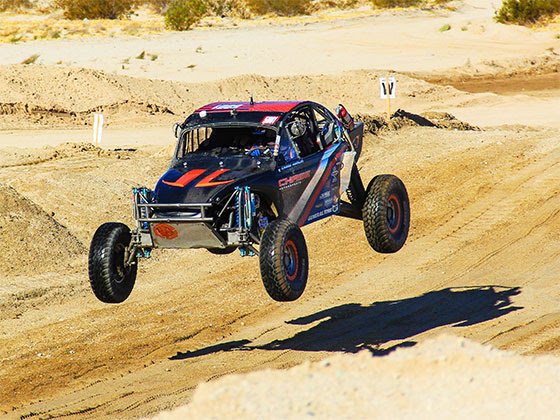 Laughlin, NV—This year, the Laughlin Desert Classic served as the BITD season ender and as expected, there was much excitement for Weddle-equipped teams. The Desert Classic format offers fast, up close racing excitement over two days. Teams race four laps on a quick seventeen mile course in separate races on Saturday and Sunday. A combined time over two days determines the winner of each class. The short course makes the LDC an all out sprint. A small mistake or technical issue can quickly erase a spot on the podium.  Because of the fast pace, qualifying and starting position play a crucial role. 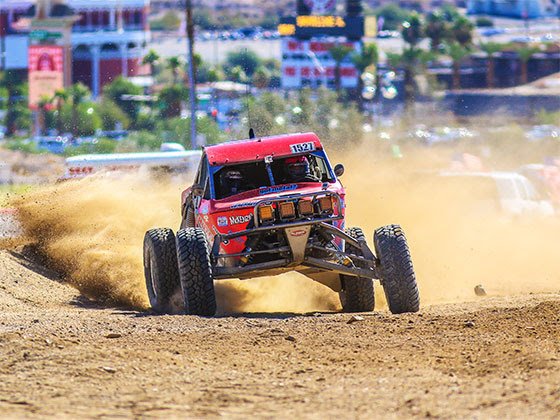 Another champion in Class 5 Unlimited. Class 1500 was not the only class AGBs helped seal the win and season. Travis Chase charged to the fastest combined time over the two days to not only take first on the Class 5 podium, but clinch the 2019 BITD Class 5 Unlimited Championship driving Albins AGB10-equipped car 5001.

That’s a wrap for this year’s BITD season. A big shout to all Weddle-equipped teams. We already can’t wait for Parker!