It was another hot day in Lake Elsinore for Round 6 of the Lucas Oil Offroad Racing Series, but it didn’t scare away the fans as they came out in full force to see some great action. Winds gave the fans a little relief from the heat but it also helped dry up the dirt giving the racers two completely different tracks from start to finish. Muddy and sloppy in the beginning and by the finish it would become dry and rutted. The change would force drivers to dig deep to adapt to the changing conditions. 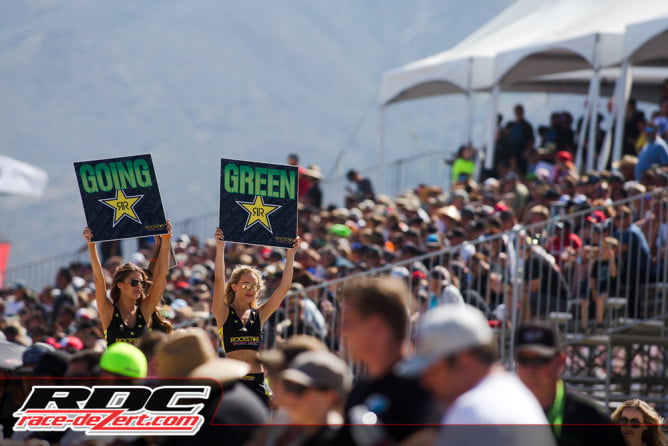 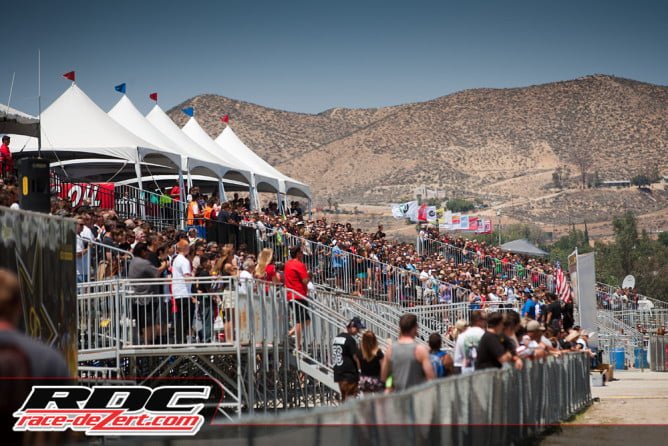 Jumping out of his comfort zone Kyle Leduc qualified in the sixth position Sunday, but with the help of some luck top qualifier Rob MacCachren would draw a 6 for the inversion, putting Leduc on the front row. A little bit of luck was all he needed as once the green flag flew it was straight to the lead and not one tear off was lost the whole race. The rest of the field just didn’t have an answer though it wasn’t without trying. Brian Deegan who is finding his comfort level in Pro 4 more and more each race held on to the second position for half the race before a mechanical issue would force him off the track. That gave MacCachren the opportunity to make a charge at Leduc but just couldn’t quite catch him. Greg Adler who started in the third position would stay consistent and grab the final podium spot. 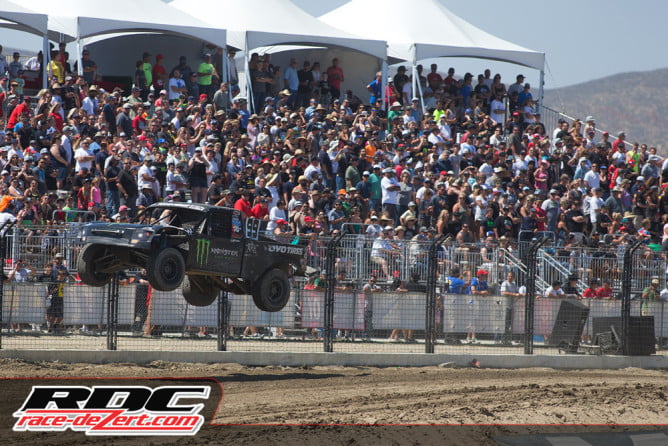 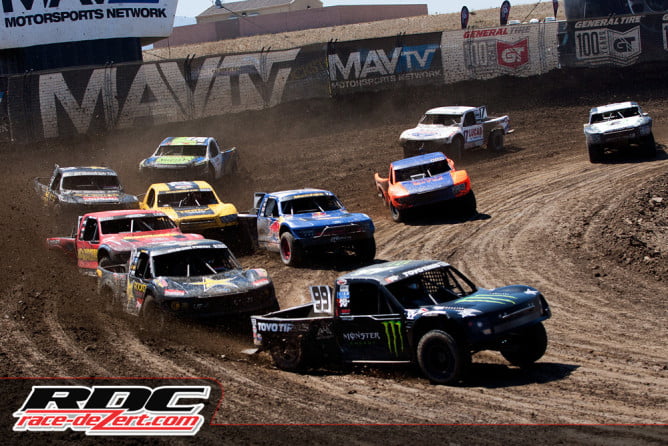 RJ Anderson now in his 5th season in Prolite took the win home in Round 5 and looked to do the same in Round 6. Taking notes from Kyle Leduc, Anderson got the hole shot and left everyone behind him to play catch up and sweeping the weekend in Prolite. With 23 trucks on the course it was a miracle that there were no yellow flags the day before, in Round 6 there would be no miracle. Yellow after yellow the field had a chance to get by Anderson but it just couldn’t be done. The battles turned into who would grab the final two podium spots with Cole Mamer, Brad DeBerti, Casey Curie, Ryan Beat and Sheldon Creed all swapping paint. Mamer and DeBerti held the top two spots the majority of the race, but as the checkered flag got closer everyone else put the pressure one. Creed who started the race on the seventh row slowly picked people off before making a bold move to jump into the second spot on lap twelve. Currie was able to take the final spot after Beat and DeBerti had contact and Currie seized the moment, getting around them cleanly and motoring to the finish. 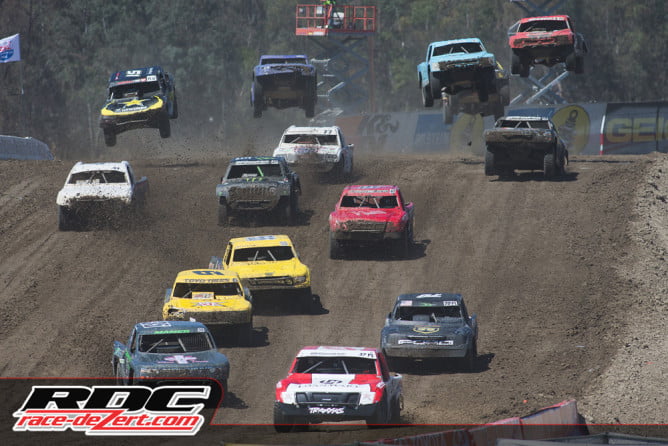 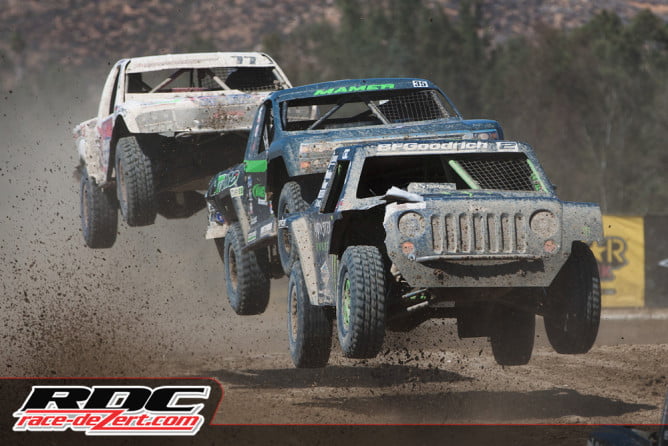 One of the biggest surprises of the year so far is that Brian Deegan, who is no stranger to the winner circle, hadn’t yet grabbed a win this season. That would change however as Deegan dug deep and went home with the first place trophy. Starting in the second row Deegan made a move early taking second place behind Prolite winner RJ Anderson. Keegan would patiently pursue Anderson waiting to capitalize on a mistake, and on the eighth lap he did just that. For another 8 laps Deegan ran his lines and protected his lead and was able to celebrate and add another Pro 2 win to his stable. With Deegan in first Anderson looked to hold onto a second place finish but there was another racer eying that spot. Bryce Menzies who was sitting fourth behind MacCachren decided he needed more points then that and made his move around Rob Mac with a few laps to go, then set his sites on Anderson. On the last lap Menzies got a great launch out of turn three going into the rhythm section and was able to jump inside of Anderson in the last corner and with a side by side finish Menzies was able to edge out RJ. 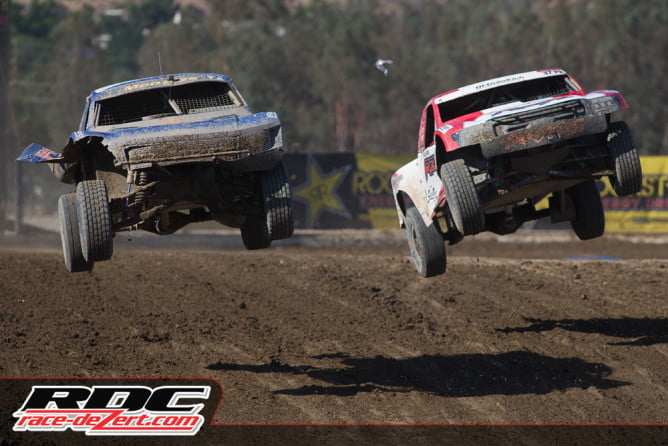 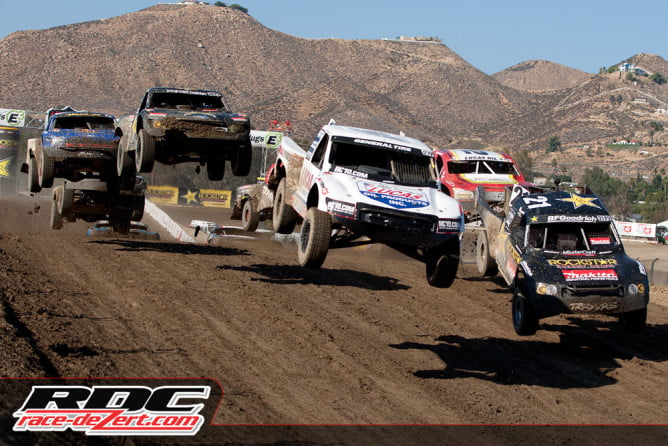