When the crew at the Legacy Racing Association announced the start of a new series they wasted no time in trying to go big. When their schedule came out the Baja Nevada race was part of the program that would include 630 miles of racing spread out over two days making it the longest offroad race in America. 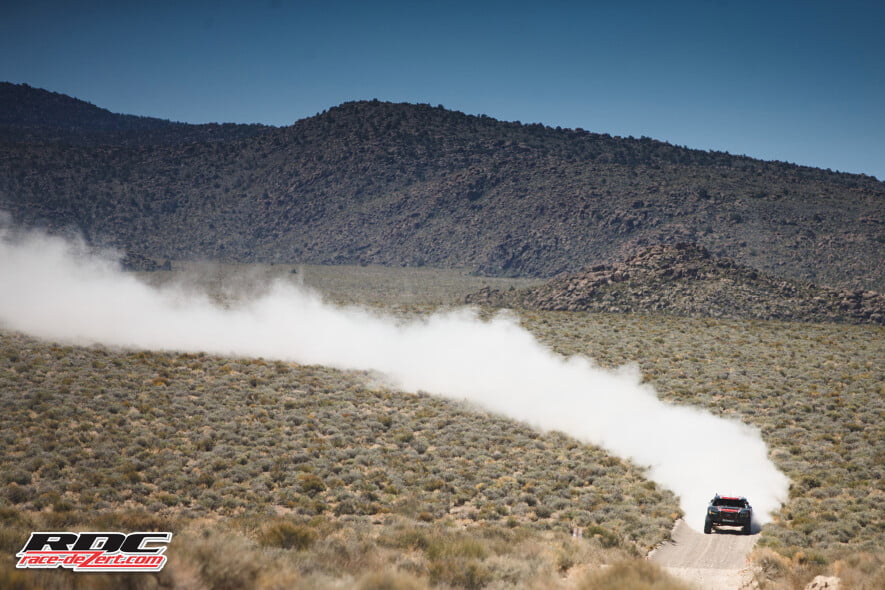 The staff at Legacy includes Donald Jackson and Liz Marshal both who were staples at BITD as well as Donald’s wife Kristy Jackson, so few doubted that such a big race in their “rookie” year would be able to go off without a hitch, but thats just what happened. With other series having to cancel qualifying, prerunning and even races the folks at Legacy dug deep and were able to pull off the two day race with qualifying without any issues. 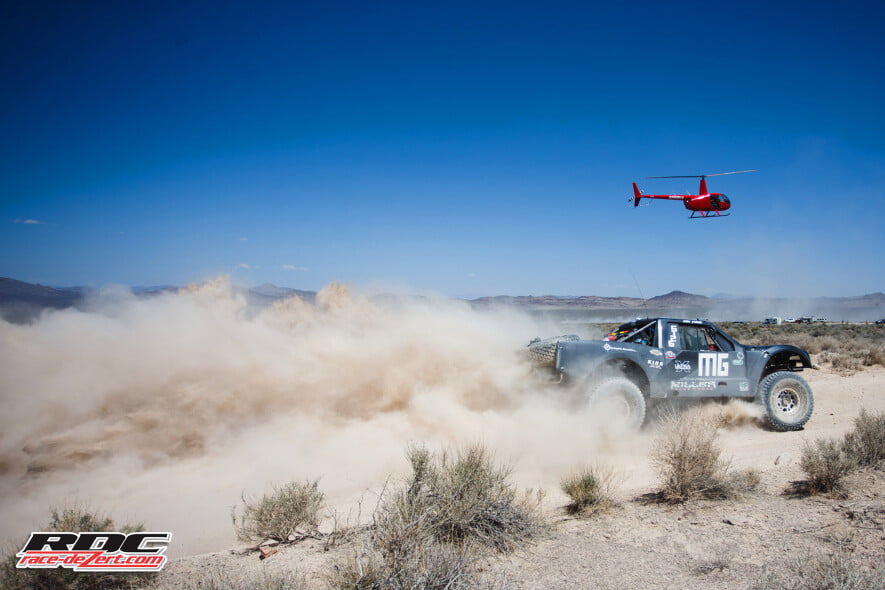 The 630 mile race started at the old airstrip in between Alamo and Caliente, NV where the Silver State race started just weeks before. The race would travel northwest working its way up to Tonopah traveling some race course that hasn’t been used in years including a section through the Big Rocks Wilderness Park where competitors had a 37 mile section of transit where they couldn’t go past 35 mph. 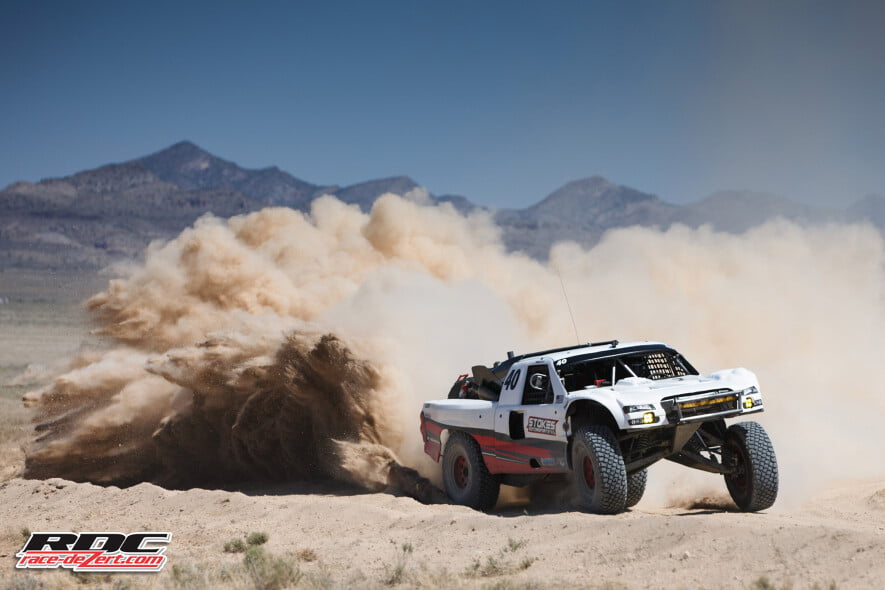 Nineteen Unlimited Trucks and Class 1 cars left the starting line Friday morning with Eric Hustead leading the charge after qualifying first days before. He was followed by Harley Letner in the Concrete truck and Justin Bean Smith piloting Tracy Graf’s truck. The positions of the front group of vehicles didn’t change much through the halfway point with everyone following each others dust. 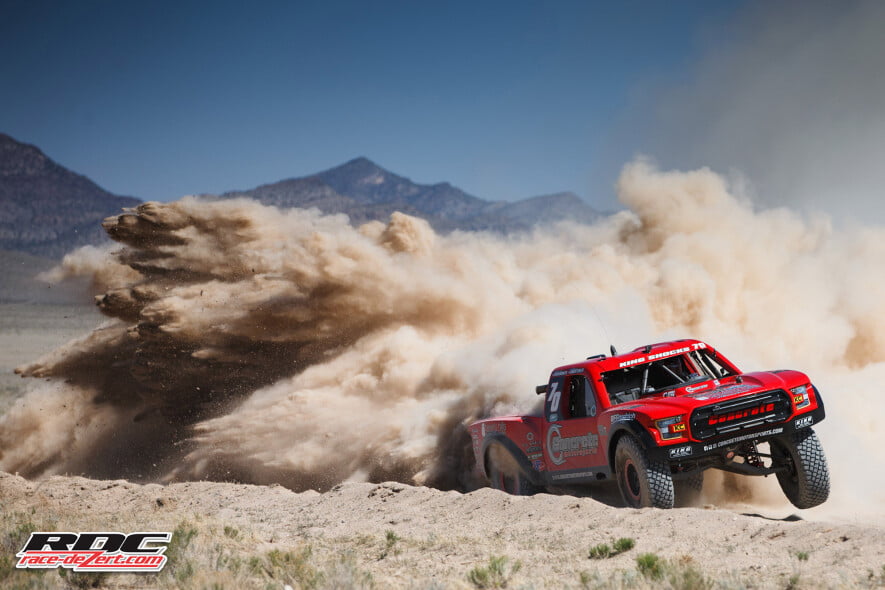 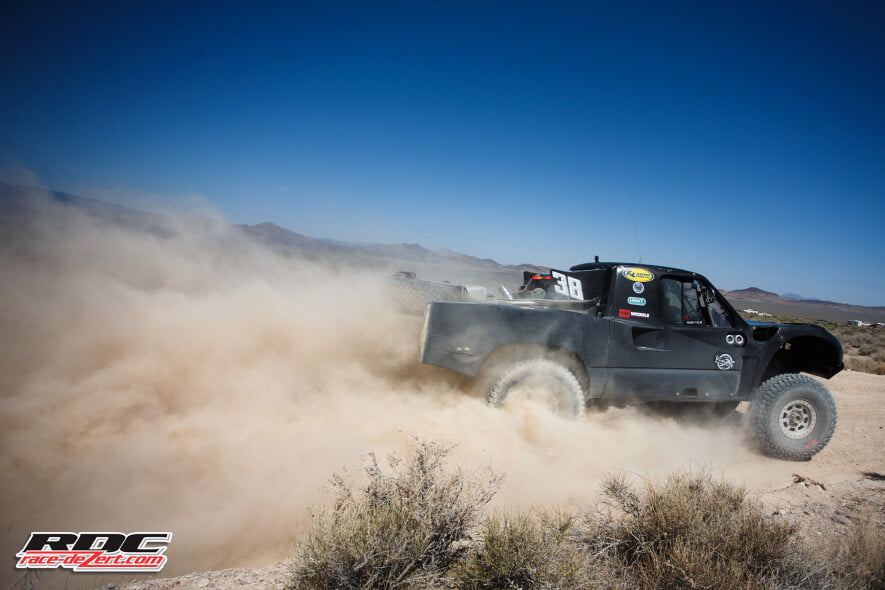 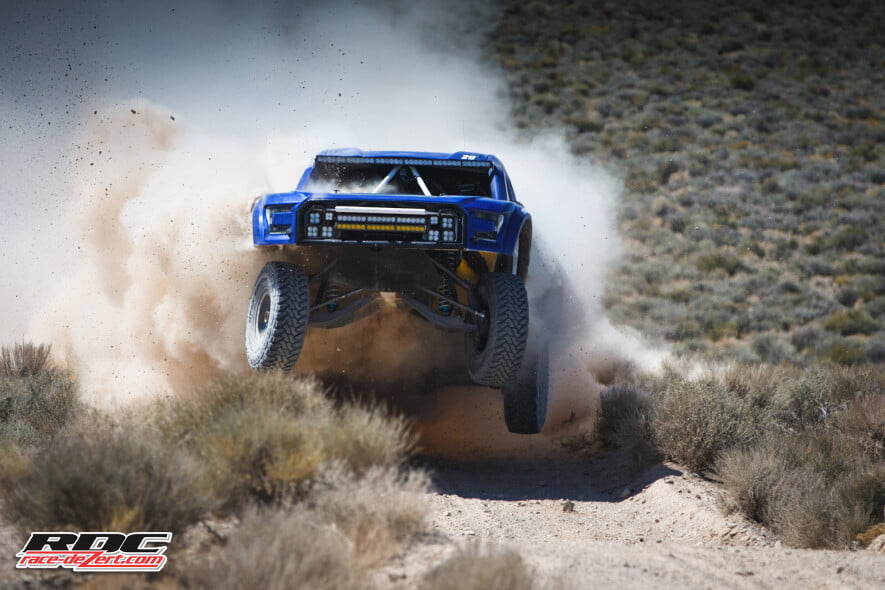 The same went with the 6100 class with most staying in the same position as they started with only a few making up positions. 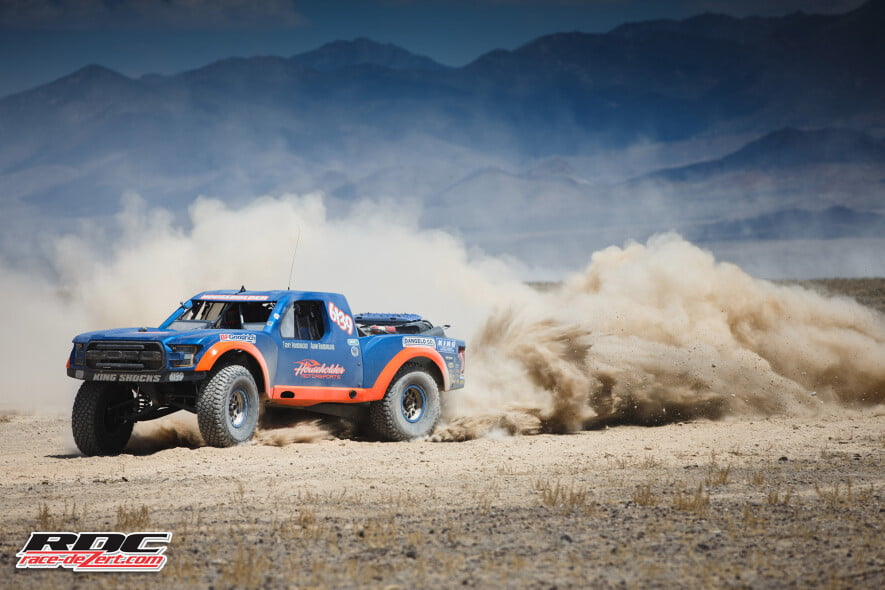 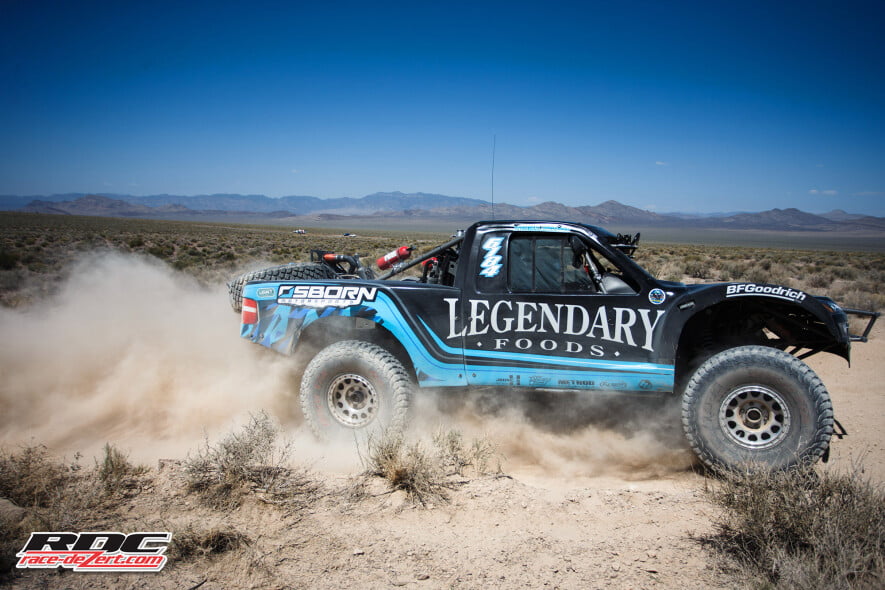 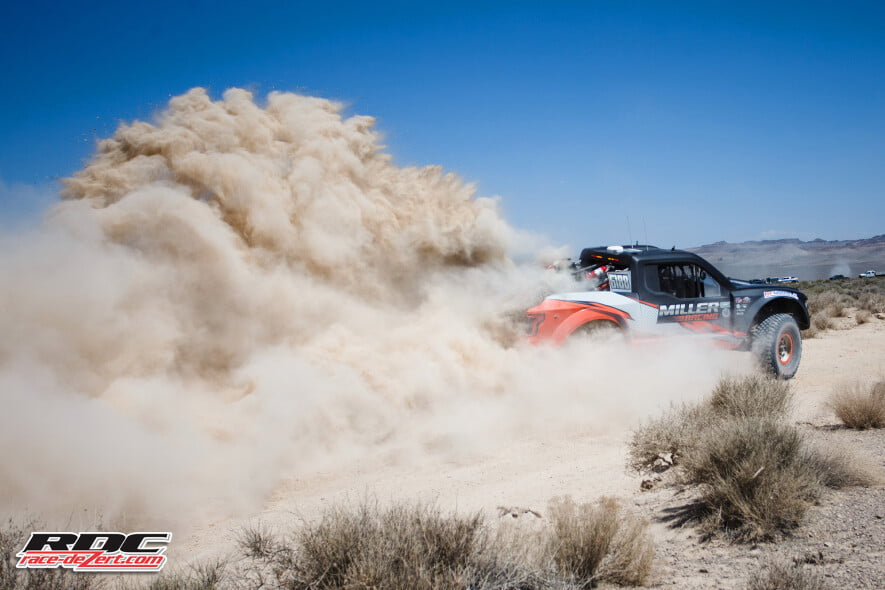 -Justin Lambert had a mechanical issue early into the race, drove the car back to Bakersfield to fix the issue and returned to Tonopah late Friday night to take the green flag on Saturday.
-Kit Stokes was going strong but suffered overheating issues which took out the motor causing a DNF.
-Hustead would finish first physically but Concrete won day one on corrected time.
-The top 2 qualifiers in Class 1, Llad Gilbert and CJ Hutchins would DNF.
-The lone Class 11 car and Vintage car both finished Day 1.
-In 6100 John Walton who started 5th finish day 1 first on corrected time.
-Carey McCandles let the Production 1000 most of the day after starting 8th before a refueling fire in a pit caused damage to their wiring harness.
-Only 19 seconds separated the fastest Turbo UTV, Dan Fisher and Chris Blais after 330 miles.
-Both Class 5 cars beat the 10 cars on time.
-Jack Olliges beat all the Production 1000 UTVs entered in Stock UTV Class.
-84 out of 109 entries finished Day 1.

Day 2 would start in the order the top 70 finished on corrected time mixing up the classes which some seemed to love and others weren’t a fan of. The theory is that you continue the second day with people of a similar pace but it doesn’t take into account faster vehicles who may of had issues the day before having to start behind slower vehicles. Proponents of the starting method argue that if you had issues on day one you aren’t in contention for a win or podium where as the slower classes in front of you may be battling for a win so that needs to be taken into account. 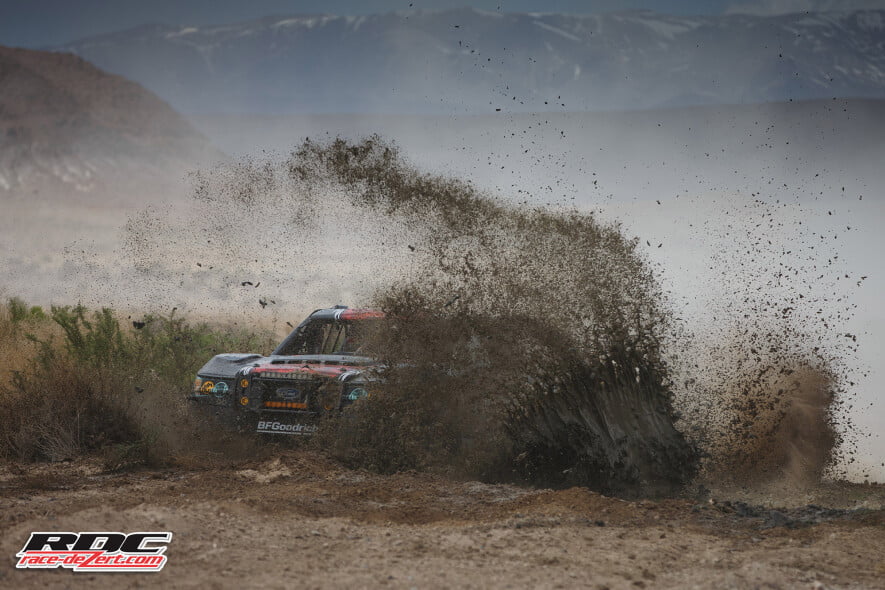 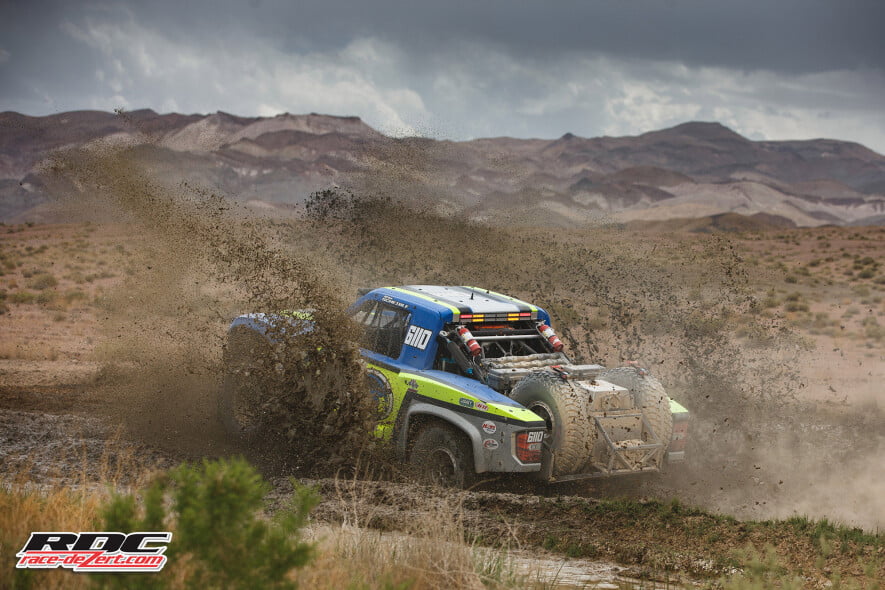 Starting in Tonopah the 300 mile loop left the city and returned back after 200 miles then went south towards the finish in Bonnie Claire on much of the Vegas to Reno course with some fresh tracks thrown in for fun. The two day format had no impound for the race vehicles so people who didn’t finish day one were able to fix their cars to start day 2, and all racers could give as much prep to their cars as they needed. 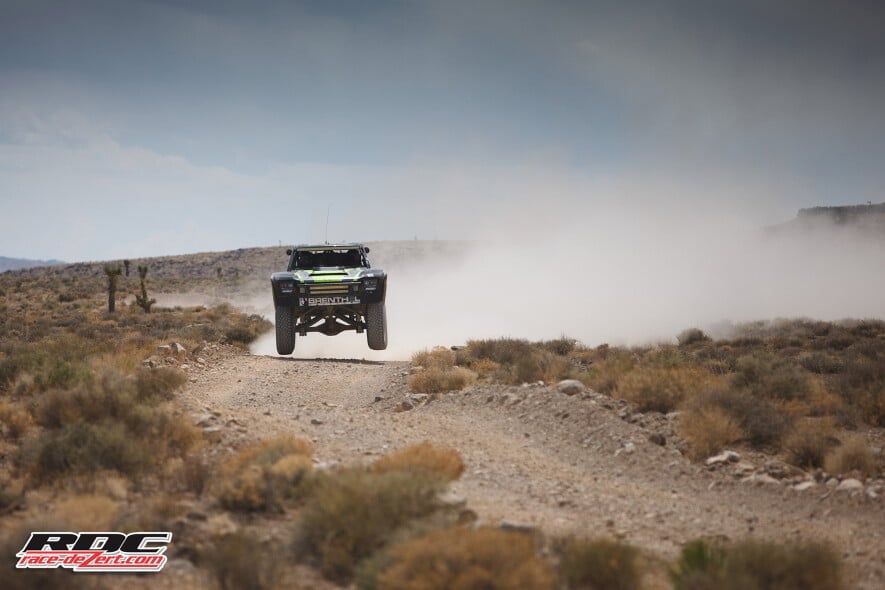 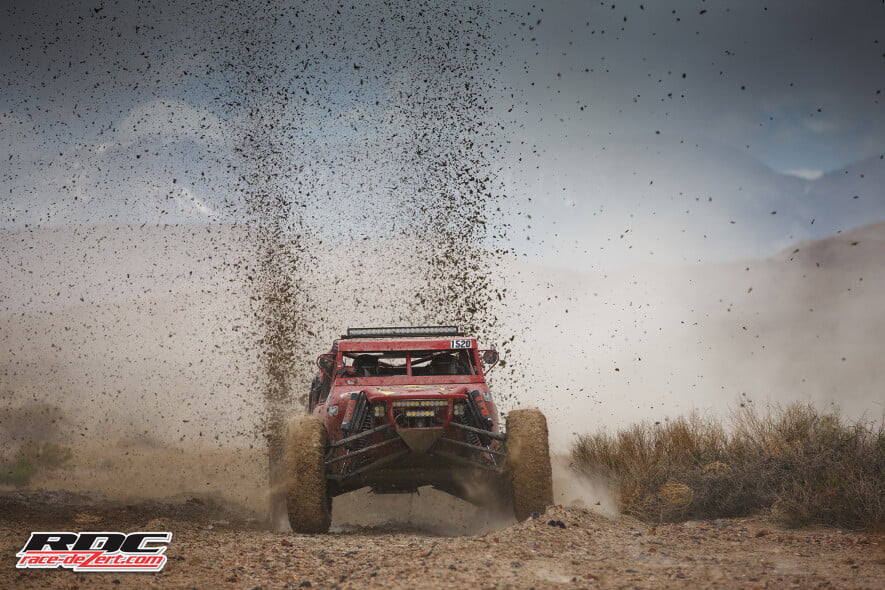 Concrete Motorsports started off the day and them and Eric Hustead put an early gap on the rest of the field by over 4 minutes by 90 miles into the race. 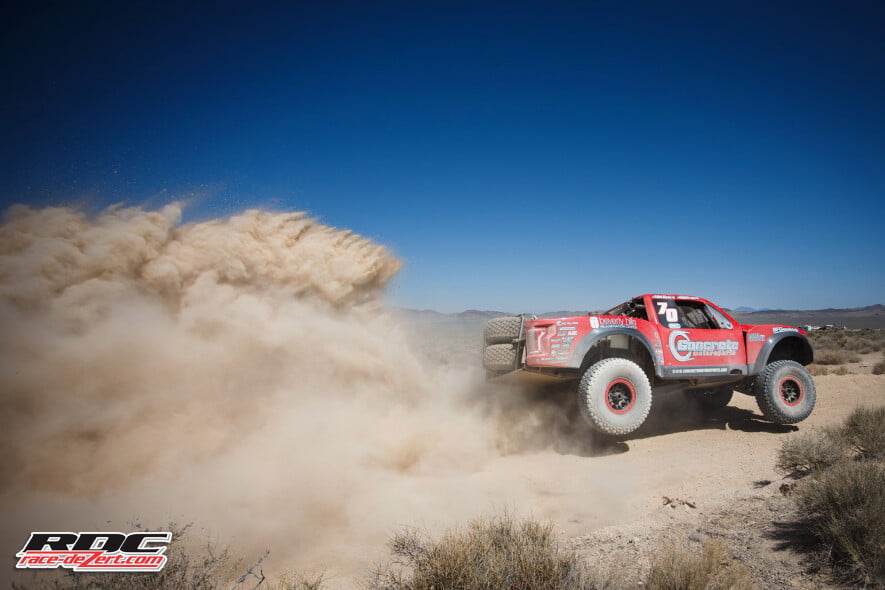 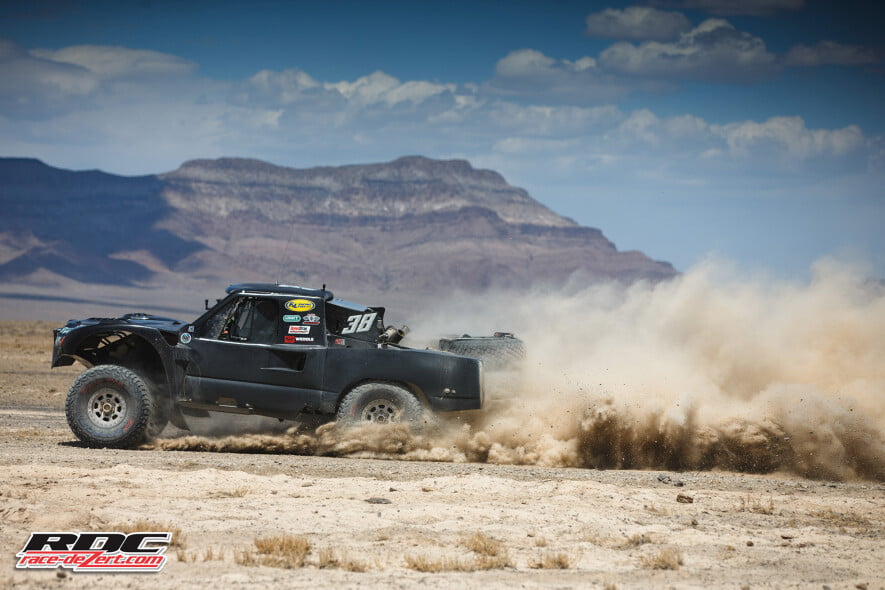 Graf would drop back a few positions while Jake Johnson moved into the third position and first Class 1 followed by Steve Olliges and Steve Strobel. 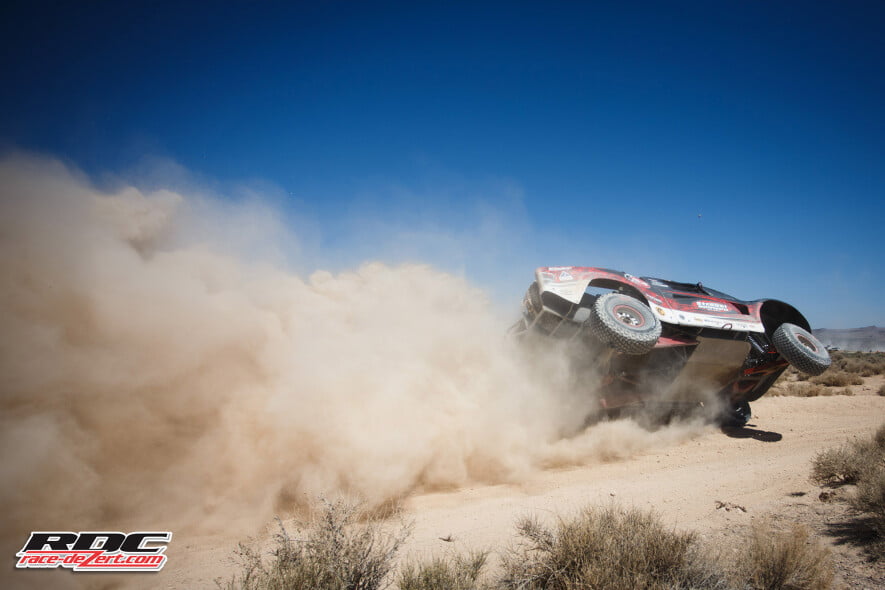 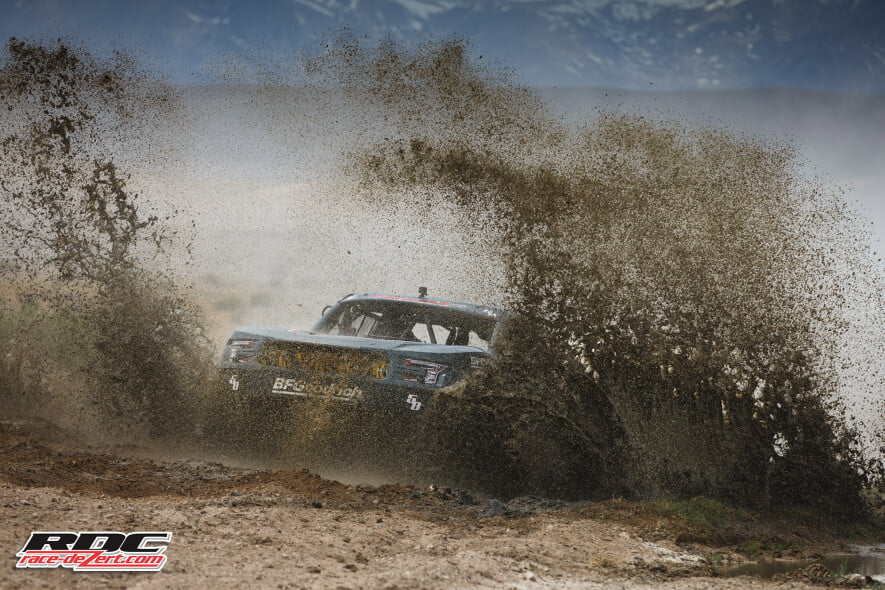 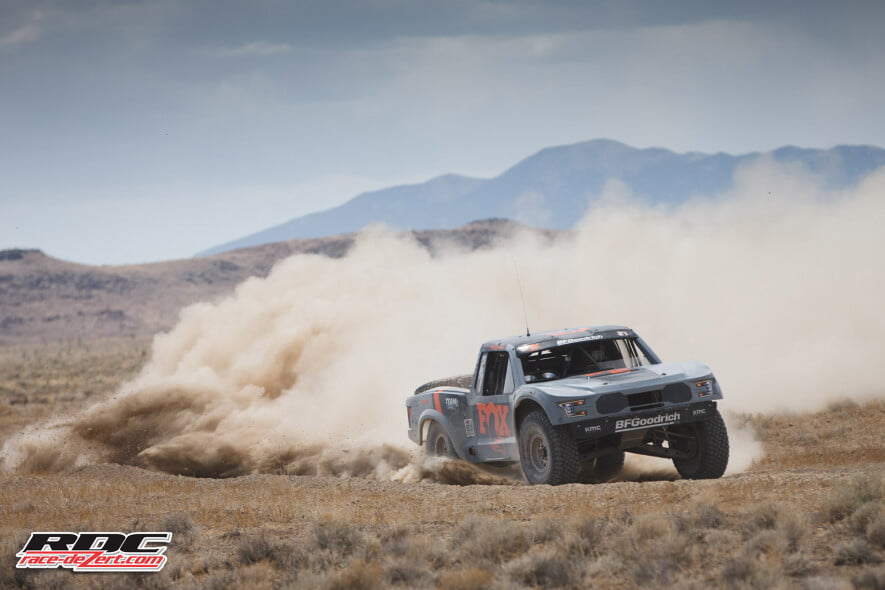 Walton who was the first 6100 to start the day had some early issues and dropped to fourth physically in class. With the largest field in the race the 6100 class came out in full force and had tight battles both days until the finish. 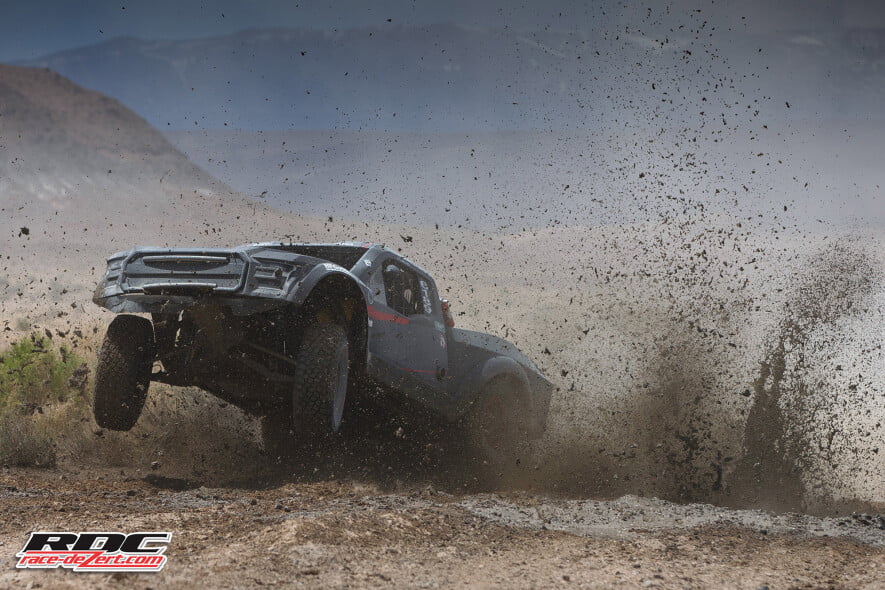 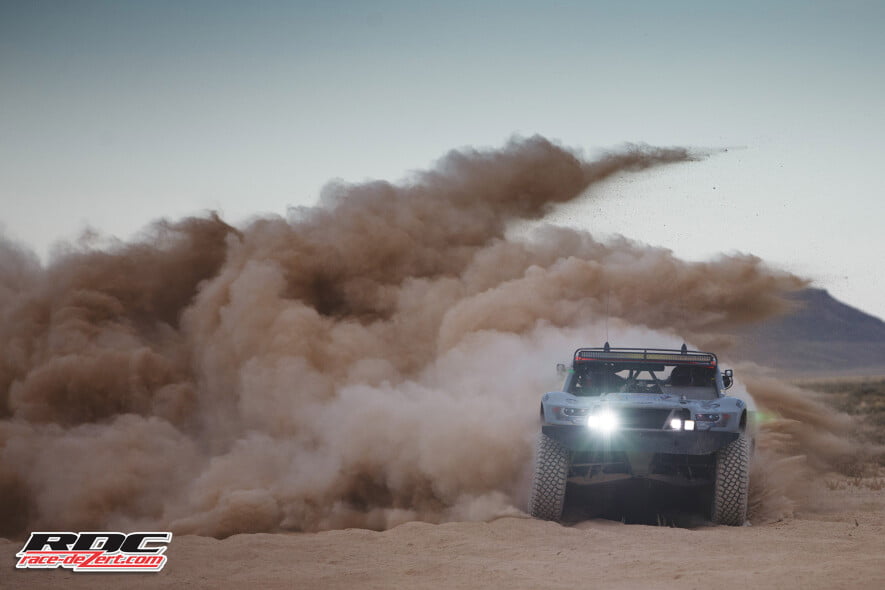 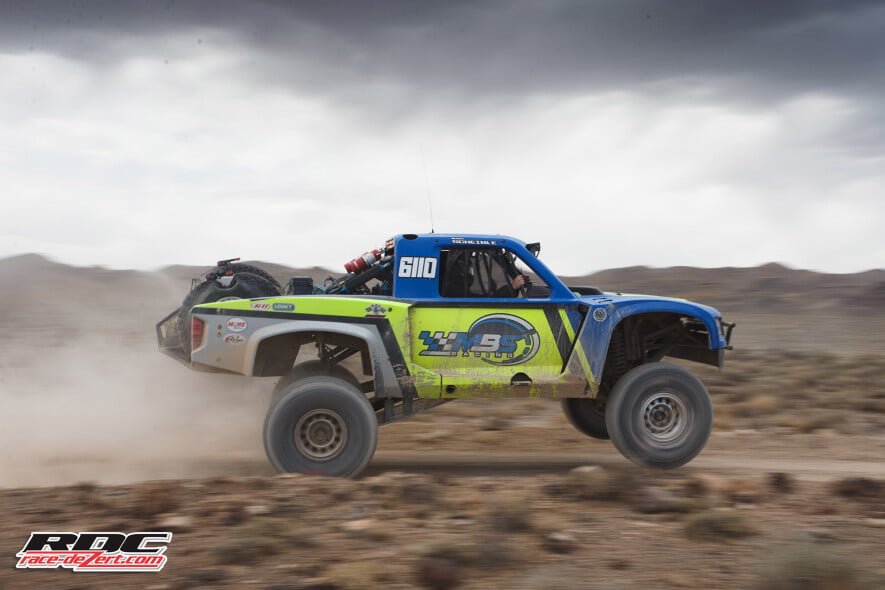 Concrete never gave a chance for Hustead to make up any time and finished first again on Day 2 giving them the overall win and three race wins in 2021. Hustead who had TJ Flores helping with driving would take home second place finishing six minutes behind Letner and Kevin Thompson. 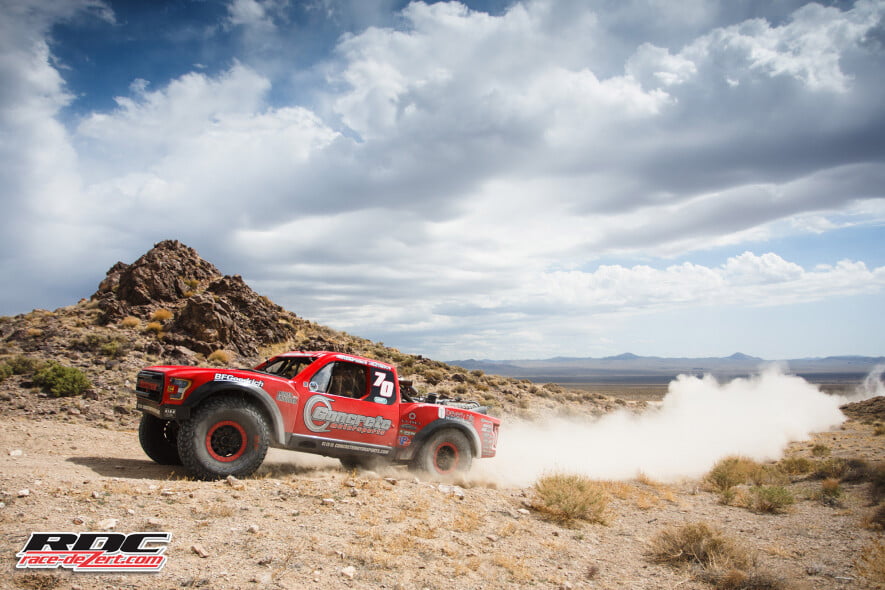 -60 of the 109 entries were able to finish both days.
-Justin Lambert who DNF’d day one and drove back to Bakersfield to fix his car ended up winning the Unlimited UTV class on day 2.
-In Turbo UTV Blais beat Fisher this time by only a minute and a half and was enough cushion to take the class win.
-After finishing in 6th the day before Travis Chase won day 2 in 6100 but it was Brent Fox who was the most consistent and took the win.
-Concrete and Hustead would end up gapping the rest of the field by 15 Minutes.

This story is completely pointless without mention of the sandwich we made you at Pit 4 day 1.

Great shots and story Jason. This series will grow. This race will explode in my opinion once the secrets get out.

ndvalium said:
This story is completely pointless without mention of the sandwich we made you at Pit 4 day 1.

Great shots and story Jason. This series will grow. This race will explode in my opinion once the secrets get out.
Click to expand...

havahockey said:
Bread was a little dry....
Click to expand...