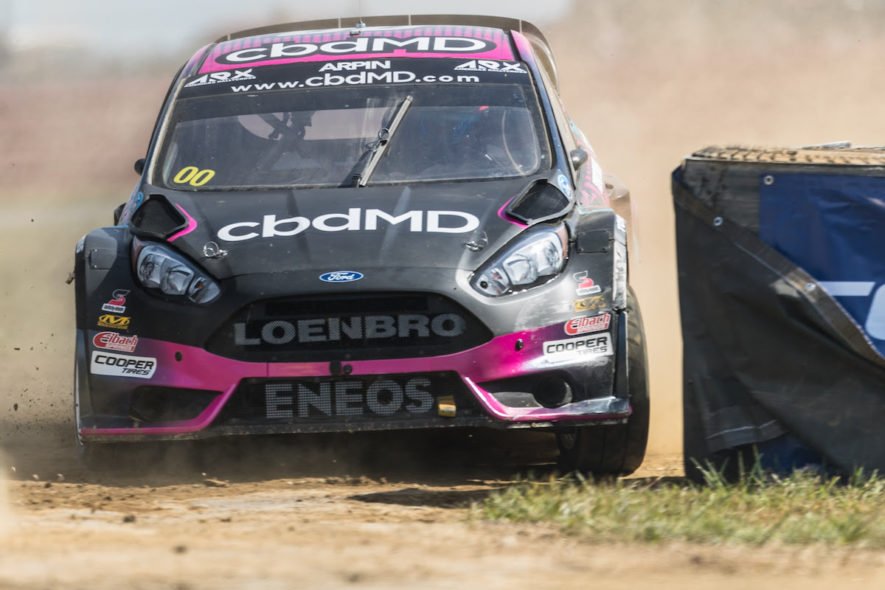 CHINA GROVE, NC (October 8, 2019) –– Loenbro Motorsports’ Steve Arpin wrapped up the 2019 Americas Rallycross season with his fourth podium of the season at Mid-Ohio Sports Car Course on Sunday. Arpin tied a season-best result with a second place result, holding off challenges from other competitors on a muddy course throughout the six-lap final in his #00 cbdMD Ford Fiesta.

With his familiar pink and teal colors flipped to promote breast cancer awareness, Arpin’s new look changed nothing about the team’s excellent pace throughout the season. The Canadian driver posted the fastest time in the final qualifying round to seed himself fourth for the semifinals, and finished second in his semifinal to secure a spot in the main event. From there, he held off a late-race pursuit from multiple cars to cross the line in second and secure fourth place in the championship.

“Talk about an amazing way for us to finish the ARX season with cbdMD at Mid-Ohio!” said Arpin. “We had great pace all weekend, and we showed it with not only a Q4 victory, but our fourth podium of the year. It was extra special to run so strong on a weekend where we honored breast cancer survivors and raised awareness with an extra splash of pink on our cbdMD paint scheme. I’m really pumped about the year that we had, and I can’t thank our amazing group at Loenbro Motorsports enough for their hard work in making this all happen!” 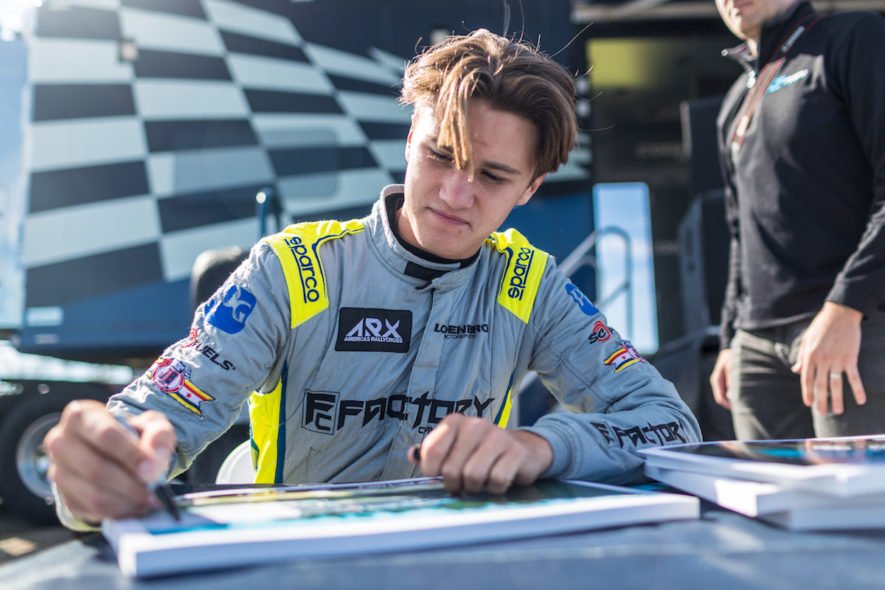 Teammate Travis PeCoy, meanwhile, returned to the spot of his first-ever ARX Supercar start and podium looking for more of the same. The #3 Factory Canopies Ford Fiesta made it to the final by virtue of finishing just behind Arpin in the semifinal, as a penalty to Tanner Foust dropped the series champion from the final grid. PeCoy avoided some of the trouble that dogged other competitors to score a fifth place finish, elevating him to fifth in series points after making all but one main event in his rookie Supercar season. The result also ensured that PeCoy was the top rookie in ARX’ Supercar class in 2019.

“I’m incredibly grateful to Loenbro Motorsports for an awesome 2019 season, and glad to end it with another final appearance at Mid-Ohio,” said PeCoy. “I learned a ton over the course of the season and can’t wait to bring what I learned into 2020. Steve and the whole team have been the biggest supporters I could ask for, and I can’t wait to get us back on the box again!”

In ARX2, Michael Leach concluded his rookie season in the #09 American Grinders SuperCar Lites by equaling his best finish of the season. Leach raced his way into Sunday’s final with a third place semifinal finish ahead of defending series champion Conner Martell, and capitalized on the opportunity by scoring a fifth place result in the main event.

“My debut ARX2 season was full of highs and lows, but it’s awesome to finish off with a high this weekend,” said Leach. “I’ve picked up so much from the entire team this year and I’m a totally different driver than I was when I first stepped into the car. I’m having a ton of fun as a rallycross driver and I can’t wait for next year—I feel like we’re close to our first podium!” 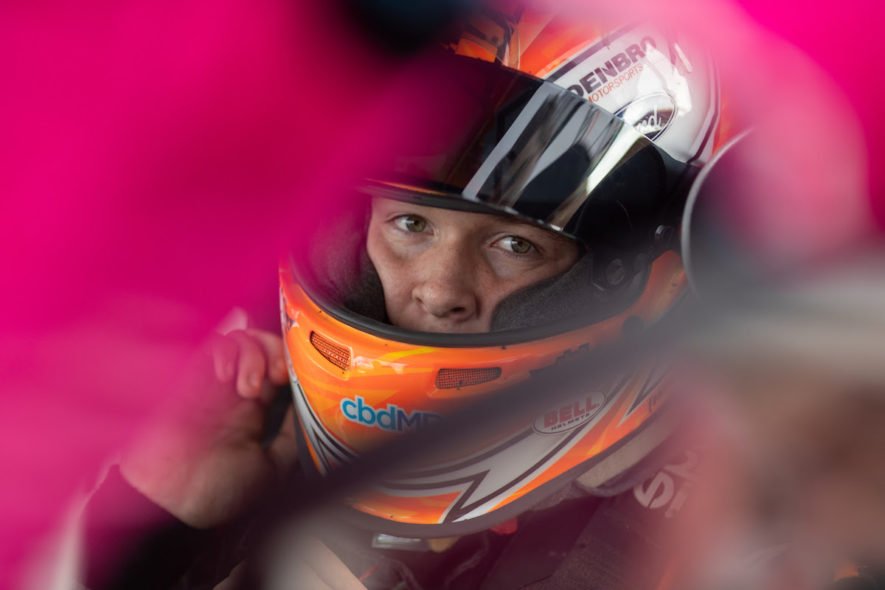 With the 2019 ARX season now drawn to a close, Loenbro Motorsports is fully devoted to preparing for its 2020 race program. Further information on the team’s future race efforts will be disclosed in the coming months. In addition, Loenbro Motorsports will contest its inaugural esports season this fall, as talented young driver Garrett Lowe will race Arpin’s familiar livery in the Thrustmaster iRacing Rallycross World Championship for the remainder of the year. Each race can be streamed live on Saturdays at 2PM ET on the Loenbro Motorsports Facebook page.

Be sure to follow Steve Arpin, Travis PeCoy, Michael Leach, and Loenbro Motorsports on social media:

Owned by brothers Paul and Jon Leach, Loenbro Motorsports is the racing team division of Loenbro, a successful industrial construction and services company. Loenbro provides single-source solutions for industrial customers from coast to coast. Its reputation for exceptional performance and a strong work ethic has helped fuel its growth since it was founded in 1998. For more information, visit www.loenbro.com.