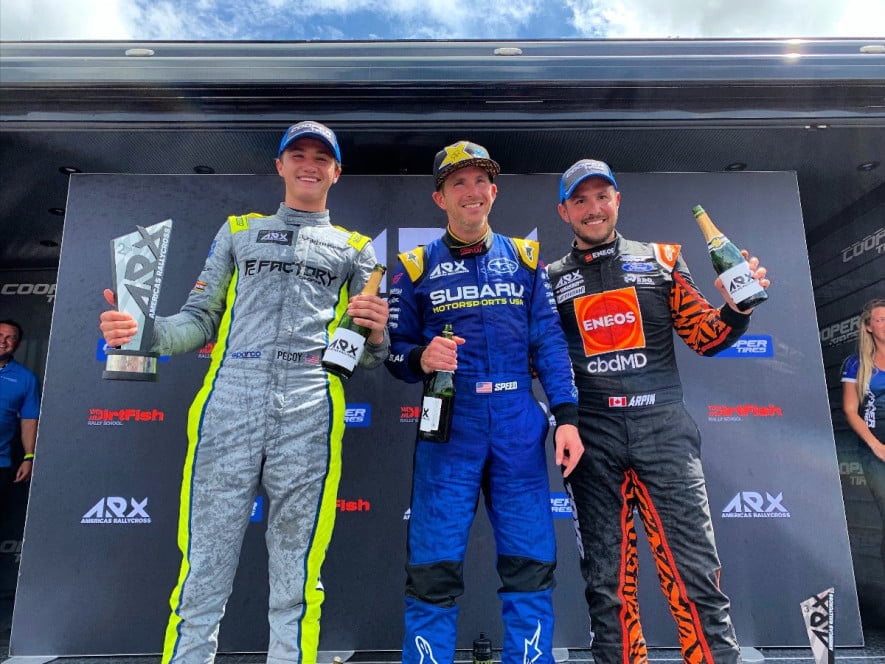 CHINA GROVE, NC (June 12, 2019) — Loenbro Motorsports drivers Travis PeCoy and Steve Arpin took second and third place in the 2019 Americas Rallycross season opener from Mid-Ohio Sports Car Course on Sunday. The result made Loenbro Motorsports the only team in either ARX’s premier Supercar division or its ARX2 development class to put two drivers on the podium in the same final during the weekend.

“It’s hard to imagine a better start to our season than this!” said Arpin, driver of the #00 ENEOS/cbdMD Ford Fiesta ST. “Putting both of our cars on the podium in the opener, on a brand new track, with a platform we have never raced before, feels like a dream. It’s a testament to the quality of the people on this Loenbro Motorsports team, and a huge way for us to build momentum going into the rest of the year. I can’t thank our crew enough,we have a lot of work to do before Gateway as things were by no means perfect, but I am thrilled with our pace knowing that there is still plenty of room for improvement!”

It was a weekend of ups and downs for both drivers, as Arpin returned to the Fiesta platform for the first time since 2017 and PeCoy made his first-ever Supercar start. Both drivers showed pace in the Qualifying races, as Arpin kicked off Q1 in second place and PeCoy posted the third-best time in Q2. Arpin and PeCoy ended the intermediate sessions fourth and fifth, respectively, and finished second and third in their respective Semifinals to each advance to the six-car main event. PeCoy’s Semifinal included an intense head-to-head battle with longtime star Tanner Foust, as the rookie showed his ability to hold court with the sport’s biggest names.

As other cars bounced off one another in the first corner and Joker Lap merge, Arpin and PeCoy managed to avoid contact and bring their cars home relatively damage-free. Arpin crossed the line just under three seconds behind eventual winner Scott Speed, although he was penalized for missing a corner after being knocked off the track by another car between the first two turns. The penalty simply reversed the positions of the two teammates on the podium 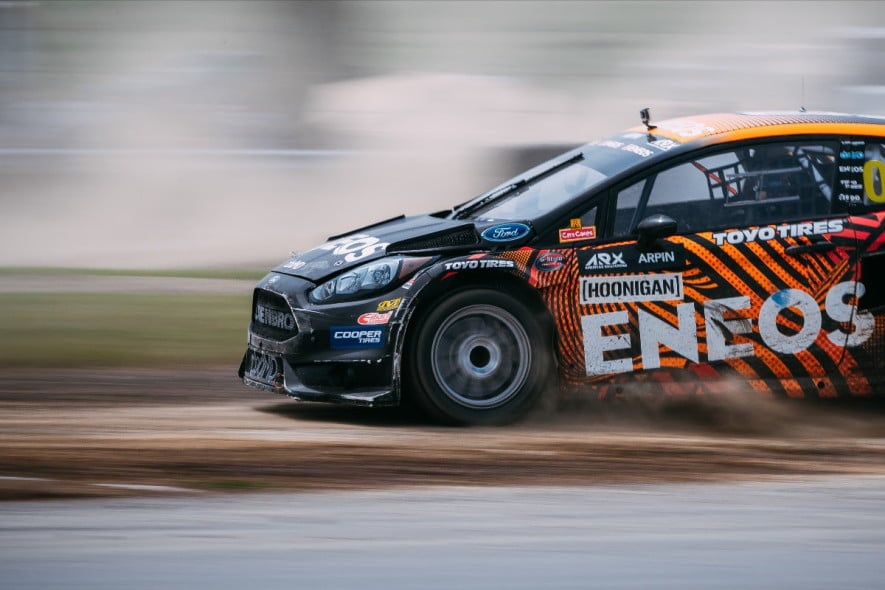 “Being on the podium in my first-ever Supercar race is an amazing feeling,” said PeCoy, driver of the #3 Factory Canopies Ford Fiesta ST. “Huge thanks to the whole Loenbro Motorsports team for helping get me up to speed, especially Steve for all of his help on track. There’s no better way to start a season than by going home with a trophy, and my confidence is high going into next month’s action at Gateway!”

“We’re ecstatic about Steve and Travis’ results from Mid-Ohio,” said Loenbro Motorsports co-owner Paul Leach. “They’re proof that our people are second to none in this sport, and that their hard work over the offseason to make the switch back to the Fiesta has been well worth it. We’re looking forward to more great results over the rest of the season, and returning to the top step of the podium very soon!”

After the ARX season opener, Arpin sits third in the standings with 22 points, while PeCoy is fourth with 21. Fans who missed the Facebook Live stream of the event can replay the action on the Loenbro Motorsports Facebook page. The highlights of the race will be shown tonight at 9PM ET/6PM PT on the CBS Sports Network, with re-airs at the following times: 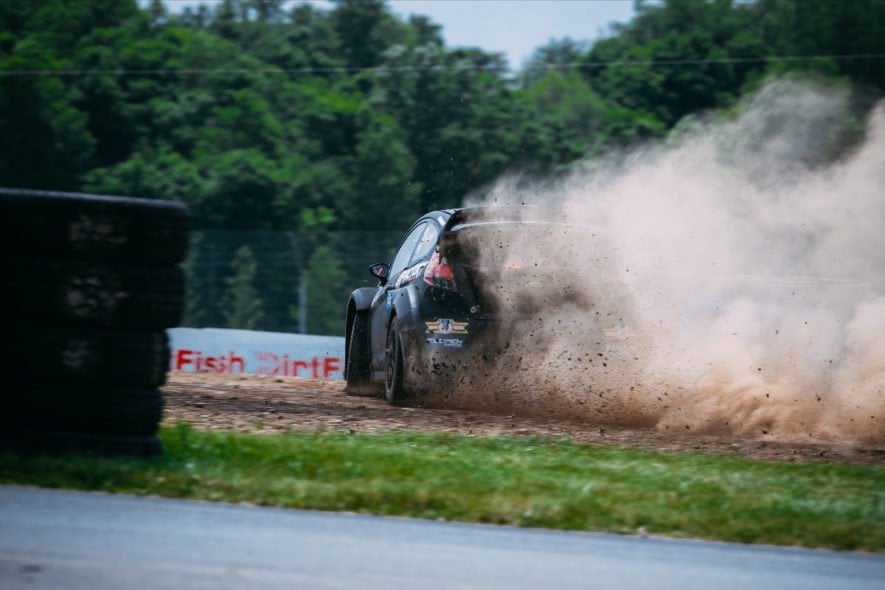 Don’t miss Arpin, PeCoy, and the Loenbro Motorsports team as they run for the 2019 Americas Rallycross championship, continuing with the ARX of Gateway at World Wide Technology Raceway at Gateway on July 13-14. Tickets for the event are on sale now via www.arxrallycross.com.

Be sure to follow Steve Arpin, Travis PeCoy, and Loenbro Motorsports on social media:

About Loenbro Motorsports
Owned by brothers Paul and Jon Leach, Loenbro Motorsports is the racing team division of Loenbro, a successful industrial construction and services company. Loenbro provides single-source solutions for industrial customers from coast to coast. Its reputation for exceptional performance and a strong work ethic has helped fuel its growth since it was founded in 1998. For more information, visit www.loenbro.com.