Part of the 2014 strategy for the Lucas Oil Offroad Racing Series was to change the weekend format to a Friday / Saturday racing under the lights. For smaller tracks like Glen Helen bringing in four light towers is enough to light up the whole track for the drivers, but a lot of people questioned how LOORRS would be able to light up such a big track in Reno at the Wild West Motorsports Park. Sporting the series largest track, the same four towers were brought in, and while the front stretch was lit up there were a few dark spots on the track. The few dark spots made the racers drive into corners more carefully as ruts were almost invisible, and you had to be cautious as not to put your truck on two wheels.

Opening ceremonies started off with the Pro 2 race, and the always fast and consistant Brian Deegan did what he does best and got out front and never relinquished the lead. Rockstar Energy teammate Rob MacCachren threw everything he had at Deegan closing the gap many times but ultimately Deegan would cross the finish line first. Due to problems with the truck, Bryce Menzies would be forced to start in the back of the pack. Each lap he picked off fellow drivers and by halfway through he would make it up to midpack. A few yellow flags and some clean passes later Menzies worked his way up to a third place finish. 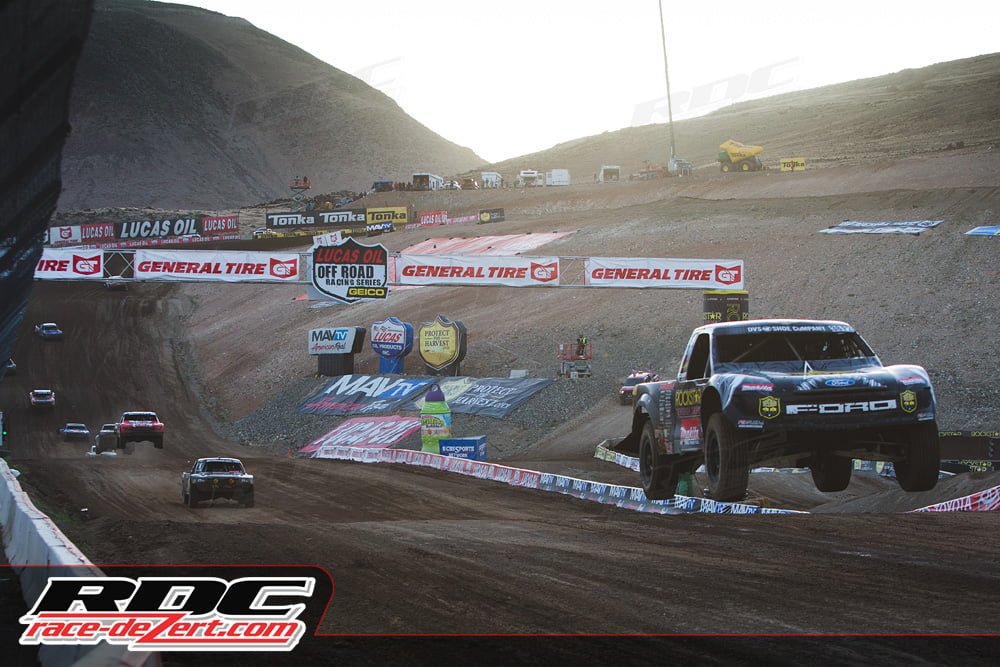 Prolite looked to be a clone of Pro 2 with Brian Deegan leading most of the way. Behind him the battle for second place would change hands a few times but near the end of the race RJ Anderson was hot on Deegans tail. A mistake in one of the turns would cause Deegan to slow as to not roll over, and Anderson capitalized and snuck his way to the lead. With only a few laps remaining Deegan couldn’t recapture his lead and Anderson would take the win. Sporting a purple paint scheme honoring his late Grandmother who passed away three weeks ago, Creed would round out the top three and capture must needed points towards the championship. 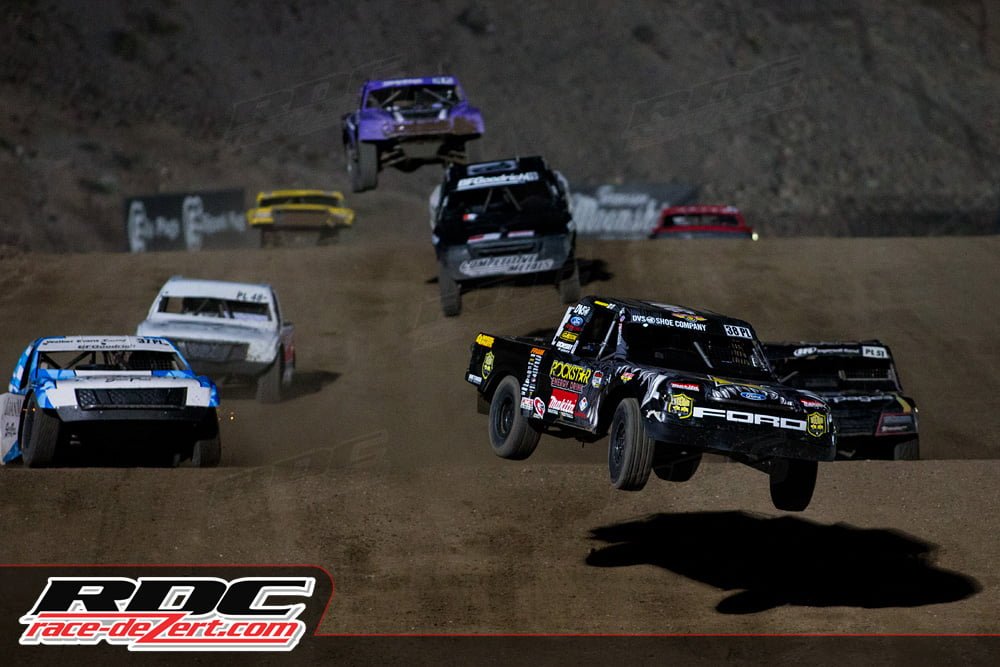 Pro 4’s were the final show of the nigh and they didn’t disappoint the fans in Reno. Todd Leduc and Greg Adler started on the pole after the inversion, and didn’t there best to pull away from the field from the green flag. Kyle Leduc would have no part in that quickly working his way up to first with Carl Renezeder, Rob Mac, and Ricky Johnson right behind him. Renezeder tried every move in his tool bag to try and get around the #99, but Leduc just had one more move whenever Renezeder tried to get by. Rob Mac and Johnson would swap the third and final podium spot a few times but MacCachren would cross the finish line ahead of Johnson, and would grab the third place trophy in doing so. With his win, Kyle Leduc has won 4 of the 5 past Pro 4 races. 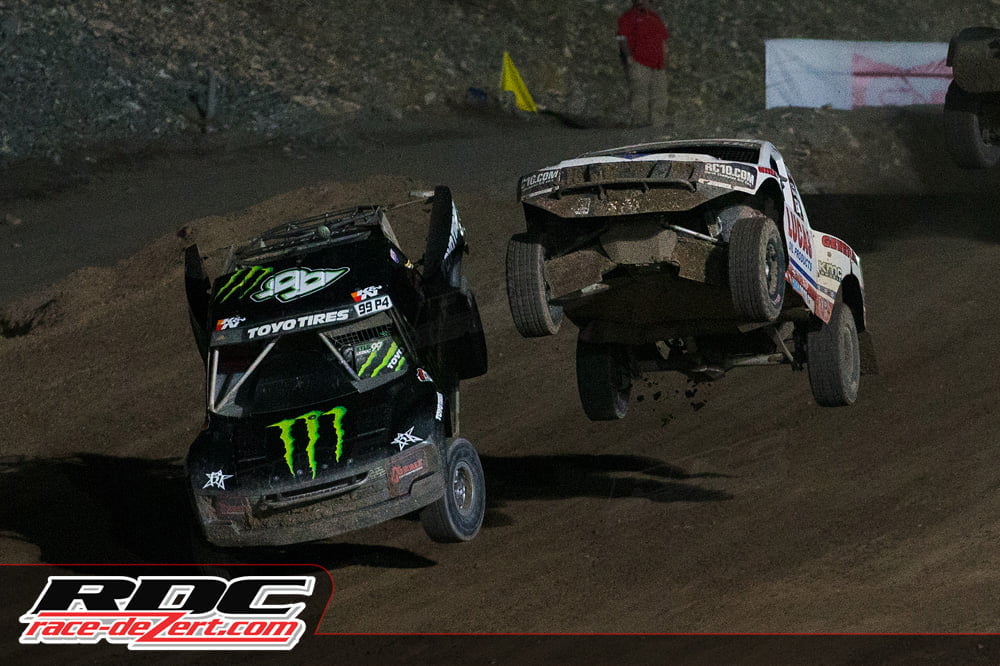 Jason Zindroski
Where is the results from Pro buggy????