While the world was waiting for the Mayweather vs. McGregor this weekend it was the offroad fans in the biggest little city in the world who were looking forward to short course racing coming back to their town. 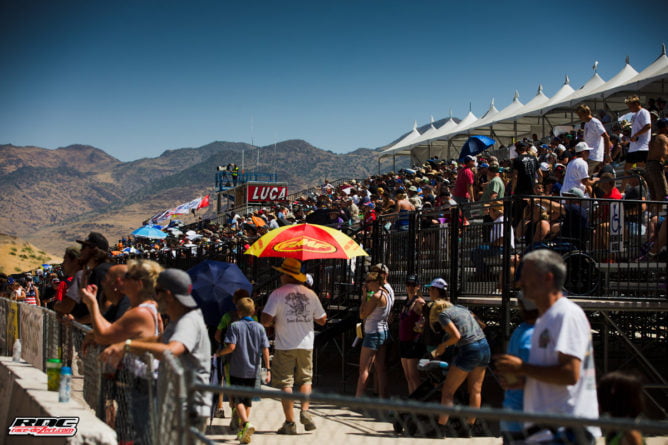 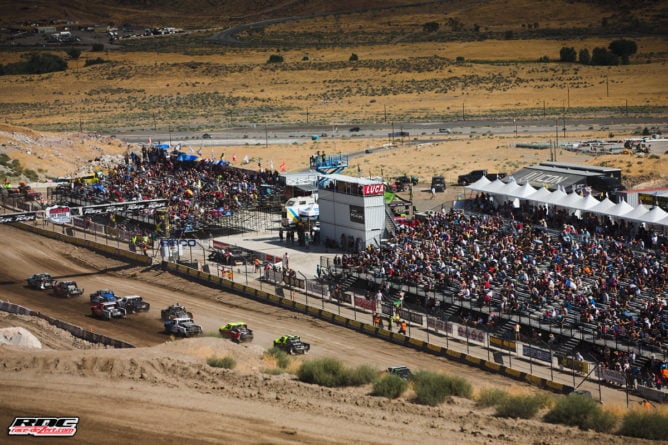 For Rounds 9 and 10 the Lucas Oil Offroad Racing Series returned to their track in Reno Nevada where the points chase is coming down to the wire with only a few rounds to go. Some classes are only separated by a few points so as we near the end of the season who you finish is becoming ever so important. 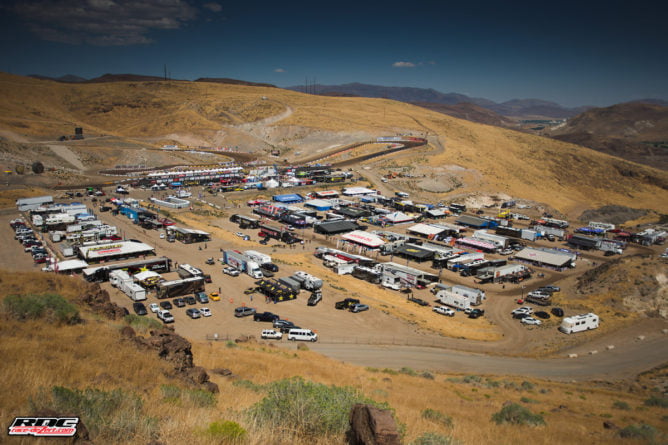 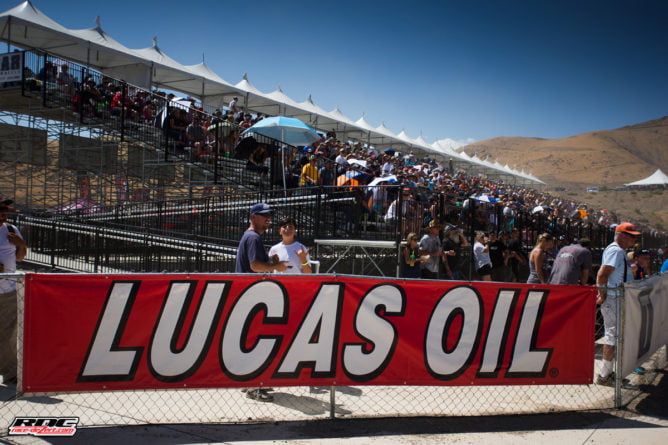 Pro 4 points are led by last years champ Kyle Leduc and after struggling a bit in qualifying earlier today was able to start front row with the luck of the inversion. Battling with Doug Mittag for a few laps Leduc was able to grab the lead and hold it there for about half the race. Carl Renezeder who was sitting in third place in points after Wheatland worked his way up the field and raced Leduc hard but clean and eventually got around the 2016 champion. 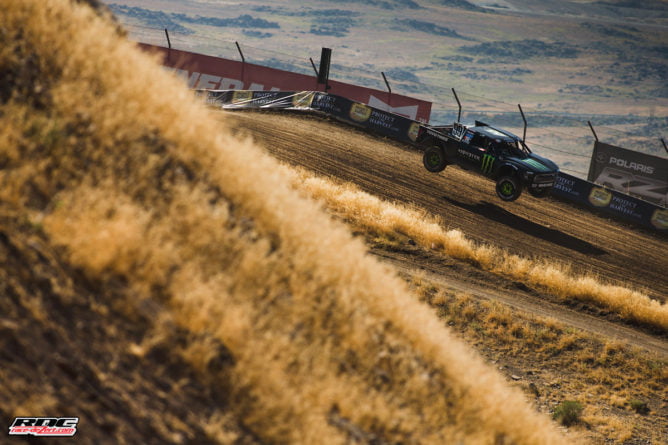 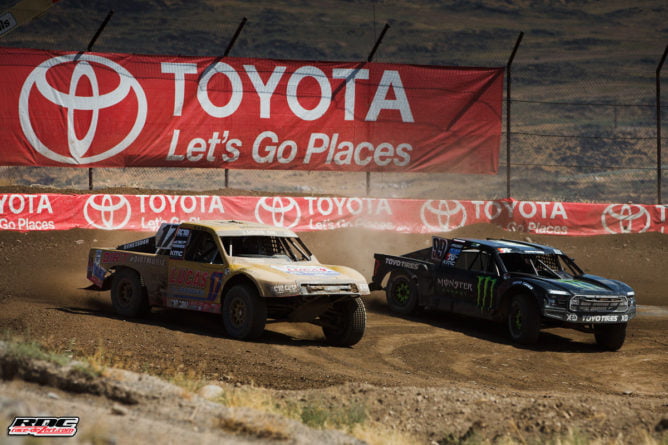 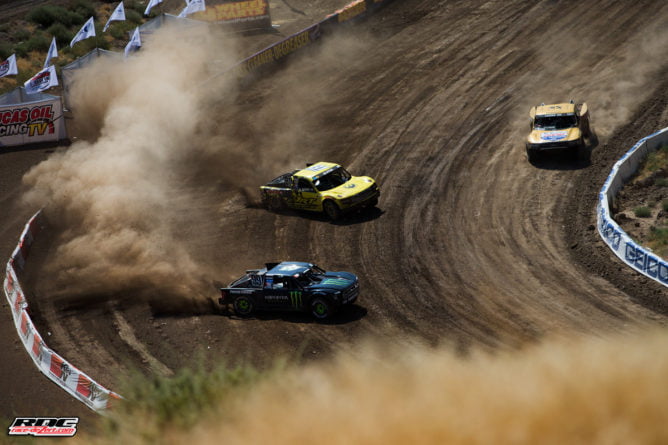 It looked as though Renezeder had the right setup for this track as he would keep the lead the rest of the race and with the win overtake Rob MacCachren for second position in points. 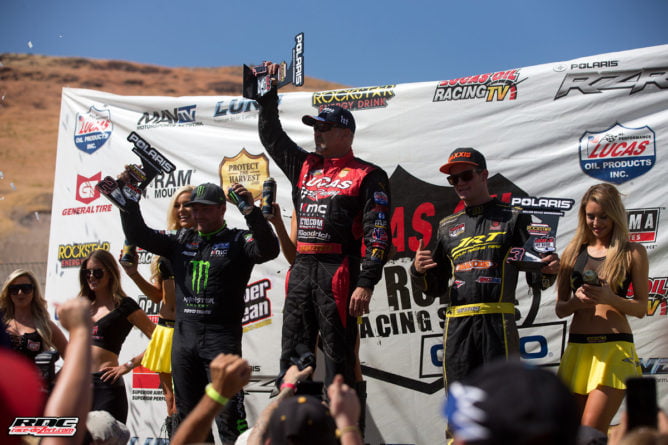 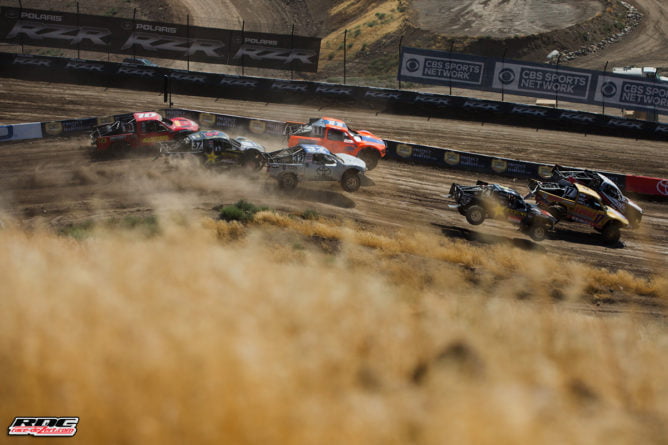 Prolite was up next and only four points separated Jerett Brooks and Brock Heger coming into Reno with Brooks leading the way. Now after Round 9 the two are tied with Heger taking the win today and Brooks finishing second. Now tied the points chase starts over from zero and every point will be important. 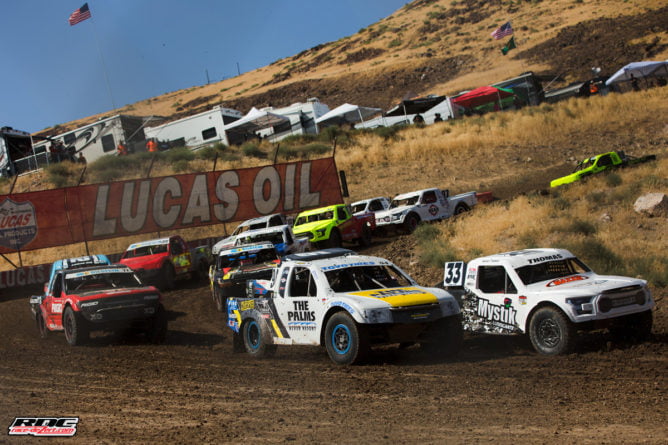 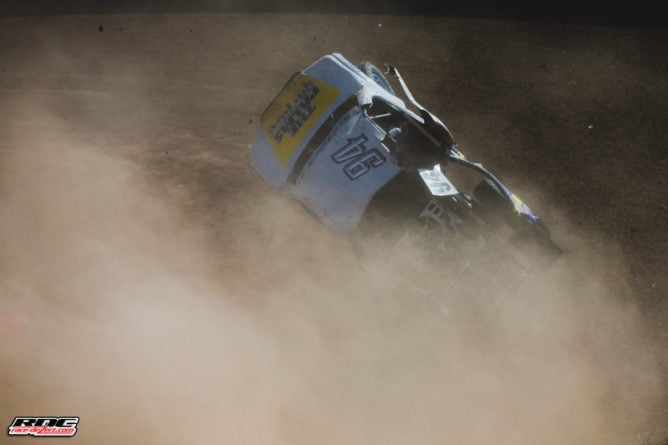 Mickey Thomas got his first podium in Prolite after having a great race holding off some hard chargers but would end up with a DQ after going through post technical inspection and failing. Hailie Deegan would also fail tech and come away with a DQ as well which puts the rookie most likely out of points contention unless in the last three rounds Heger and Brooks fall way back which are highly unlikely. 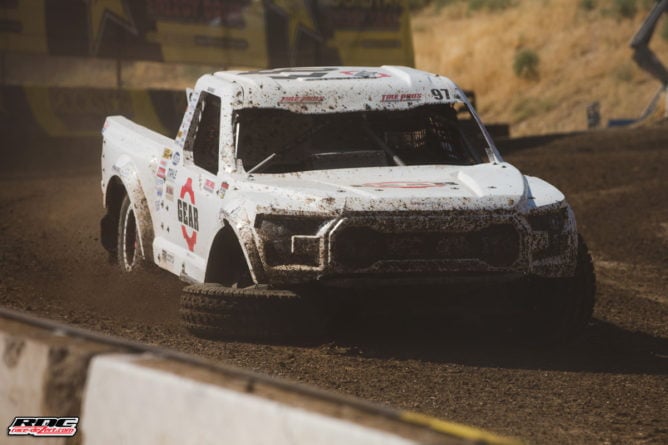 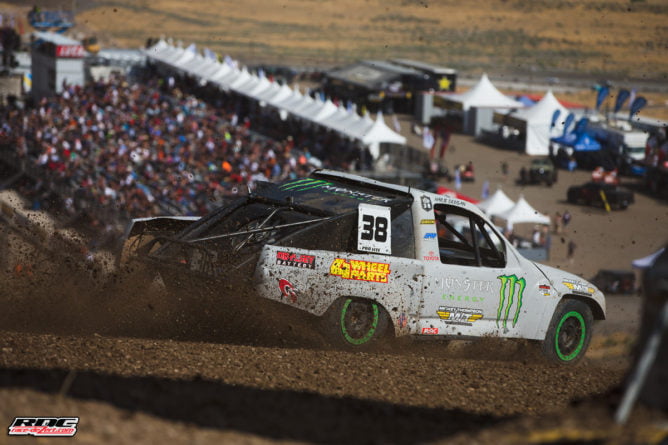 Of all the classes it was Pro Buggy who had the closest points gap coming into Reno. After a black flag on the final day in Wheatland Elliot Watson found himself only one point behind Darren Hardesty Jr. Of the 8 rounds the season Watson and Hardesty have won a combined 6 so its no surprise they are this close in points. 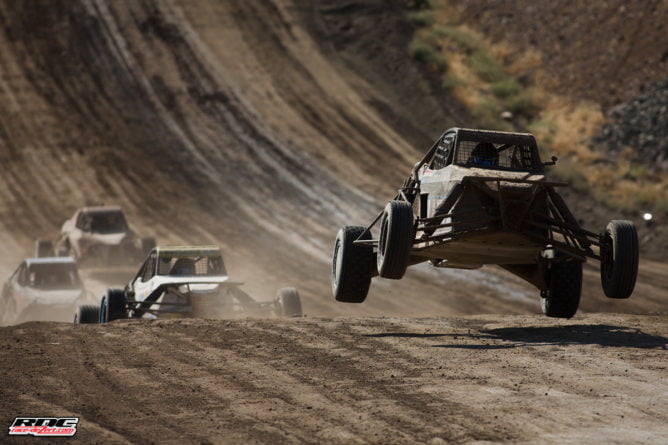 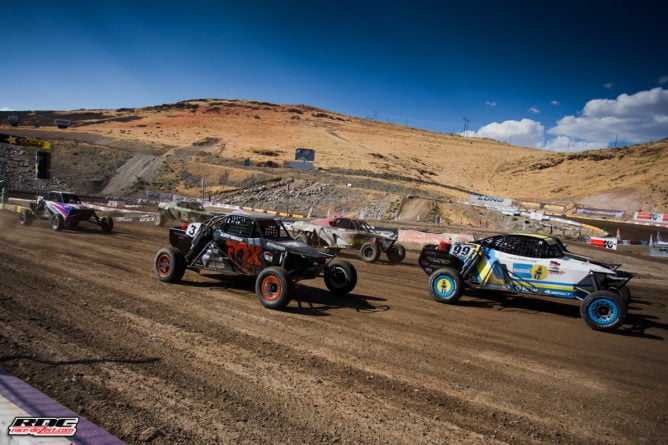 However, Sterling Cling who was only 24 points behind the leader isn’t giving up without a fight. Hardesty led most of the race today but Cling found an extra gear and got around Hardesty and didn’t look back taking the win. He didn’t gain much ground though on Hardesty and Watson as they finished right behind him which means Hardestly gained a few much needed points on Watson. 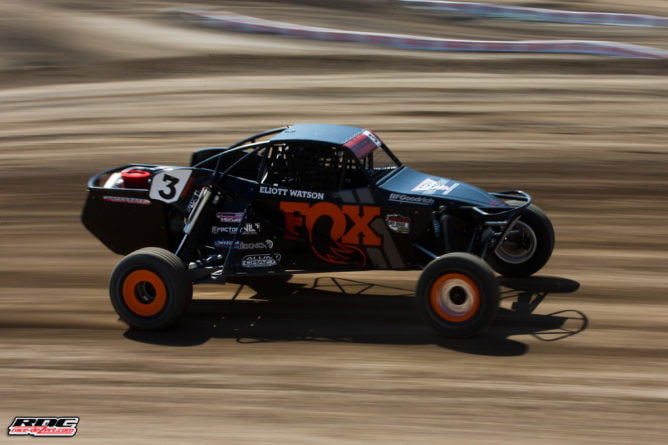 Pro 2 the top three in points would also podium just like Pro Buggy meaning not much would change in the points standings. RJ Anderson who sits in third place put on a clinic winning the race running up front from green to checkered. Brian Deegan tried hard to chase him down but just didn’t have enough in the tank to get close enough to put on a move. 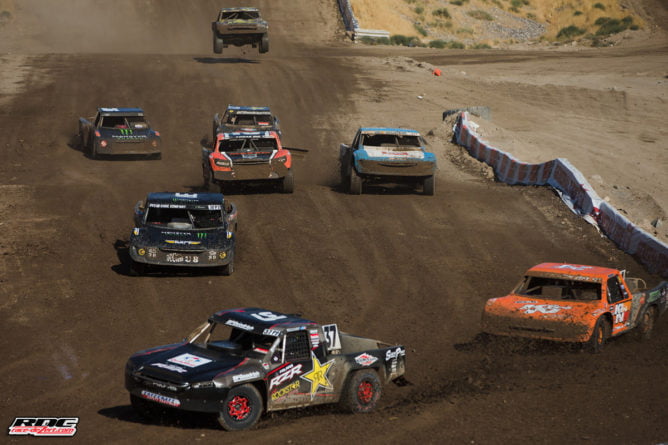 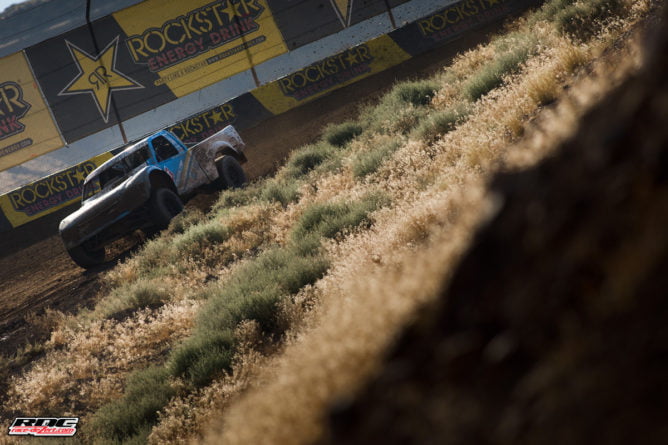 Points leader Jeremy McGrath holds on to his points lead with a third place finish today giving him a little more comfort going into the final few rounds. The Pro 2 class has been a story of consistency with no driver winning more then two races this year. 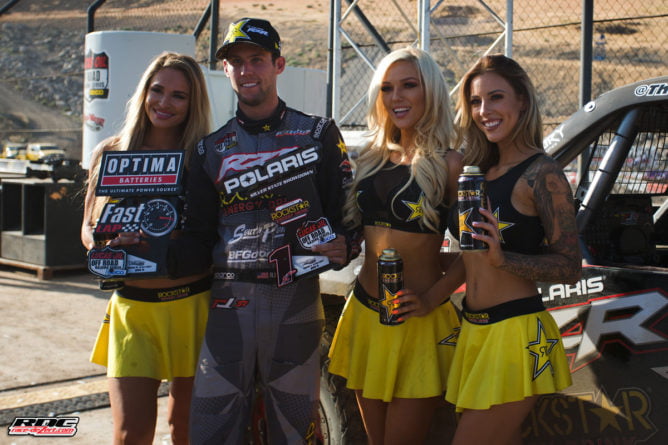 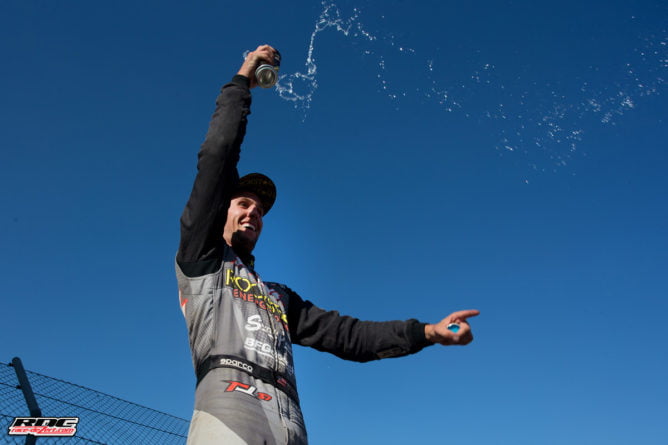 Round 10 kicks off today at 2:30pm and with three rounds remaining it looks to be an important race for the points championship.