The Biggest Little City is what Reno Nevada calls itself, and today some of the biggest short course racers in the world battled it out in front of a packed crowd. Year after year Reno proves that it loves short course racing and today was no different with a sold out crowd watching the racing under great weather. 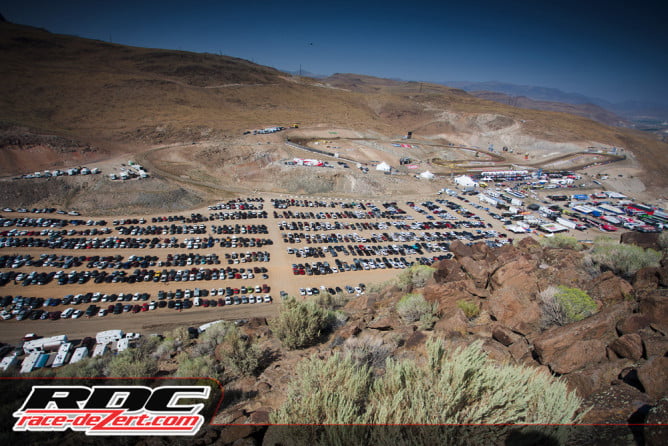 Kyle Leduc improved his win streak in Pro 4 to 11 wins in a row after qualifying first and leading the race from green to checkered. Bryce Menzies who in his rookie season in Pro 4 is getting more and more comfortable in four wheel drive finished second. Doug Fortin got his first Pro 4 win last year here in Reno and while he didn’t land on top of the box he was able to lay down the fast lap of the race and finish a solid third place. 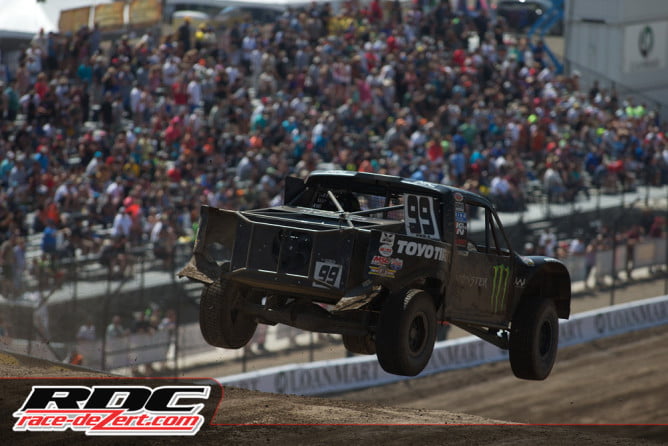 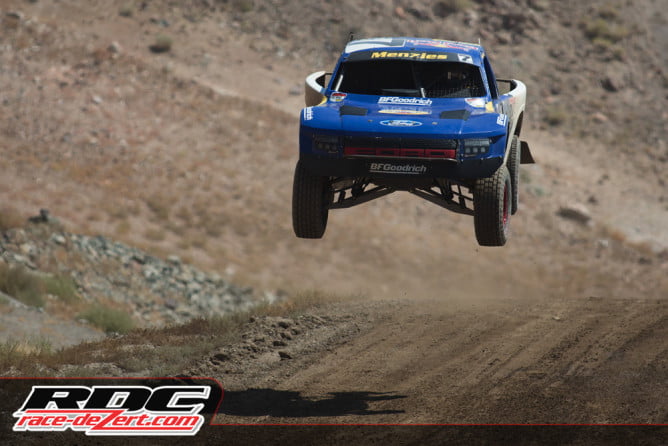 A few weeks ago two drivers had bad crashes in Prolite, Sheldon Creed and Brad DeBerti. While Creed was unharmed in the crash his Prolite was a total loss, and while DeBerti’s truck was ok, his body wasn’t so lucky. With DeBerti still down with injuries Creed jumped in the #70 truck to run points for DeBerti. In the rules a driver is allowed a substitute driver for one weekend, and the stars aligned to let Creed race and DeBerti get much needed points. 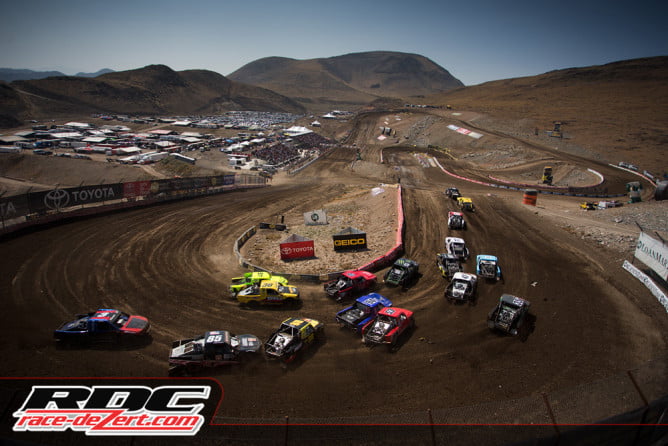 Going into Round 13 the point standings for Prolite were RJ Anderson, Jerett Brooks, and Brad DeBerti. With the season leaning towards the final few race weekends points are more valuable then ever. At the green flag Sheldon Creed (in DeBerti’s truck), Brandon Arthur and Anderson came out of turn one 1-2-3 and that is how they would finish the race. A few cautions bunched the trucks up and while everyone behind those three battled and swapped positions, the podium would stay the way the race started. 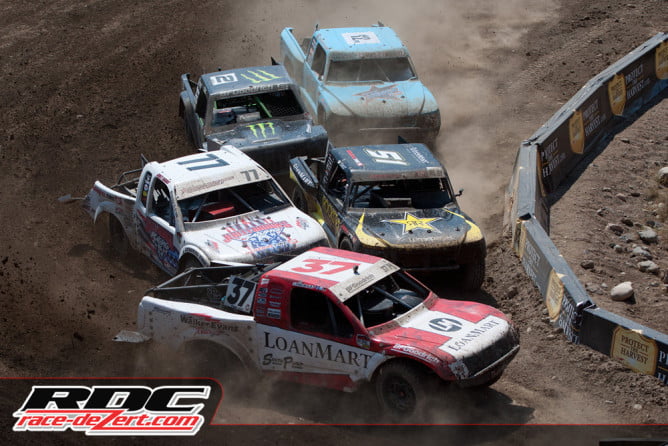 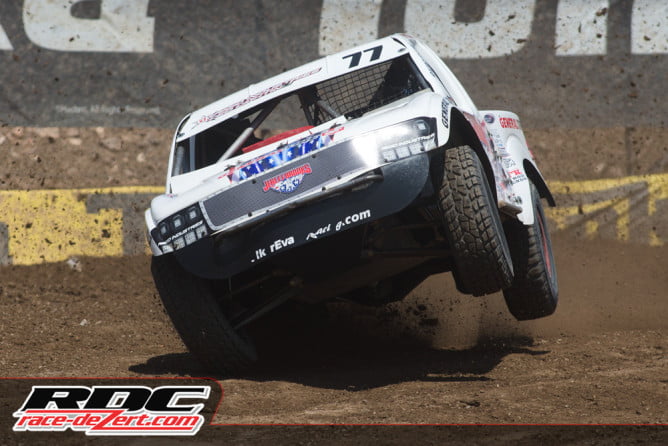 In Pro Buggy one name who hasn’t been up on the podium as much as last year is Chad George, but today he was determined and found his way back on top. Starting on the second row with his cousin Garrett, Chad was able to take the lead halfway through the race and stay there the rest of the way. Garrett who is tied in points with Mike Valentine going into this race got some much needed help as Valentine was forced to pull off the course and suffer a DNF after leading the race. With Garrett finishing second he put a much needed cushion between him and Valentine. 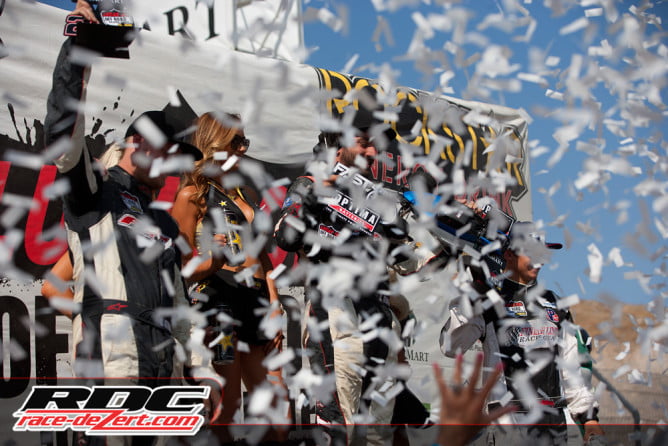 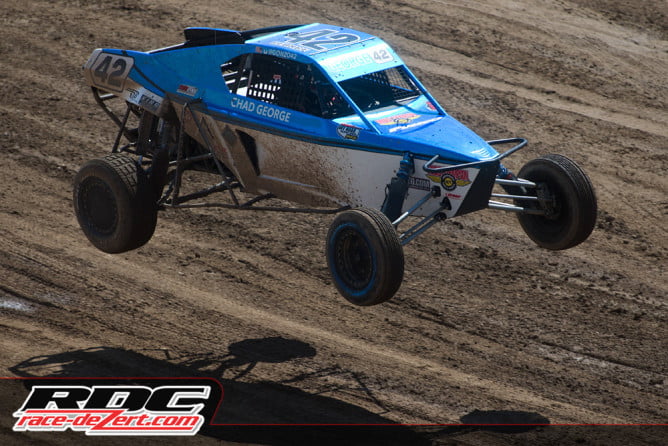 The final race for the fans in Reno was Pro 2. In another close points battle Rob MacCachren leads in points with Bryce Menzies trailing only 28 points back. RJ Anderson who started on the front row with Patrick Clark led the majority of the race until a front flat after some contact caused him to pull over. Menzies took over the lead the rest of the race and was able to lessen the gap with Rob Mac who would finish second today. 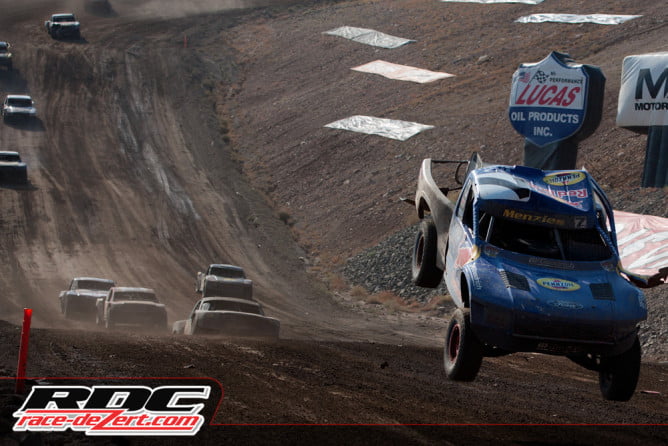 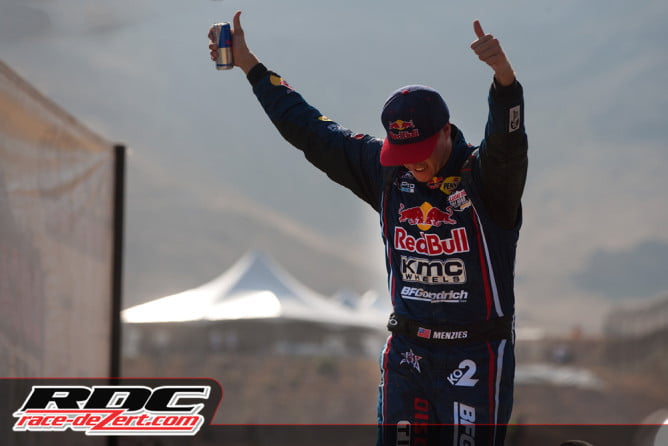 The real story today however was with Patrick Clark who lost his mother, Dee Clark, only four days ago. Making his mom proud Clark and his team still came out to Reno as they knew she would want them to and put a solid race down finishing third and laying down the fastest lap of the race. Third place didn’t come easy as after starting on the front row and getting knocked back sixth place on the 11th lap, Clark dug deep and picked people off lap by lap to finish the race on the podium. 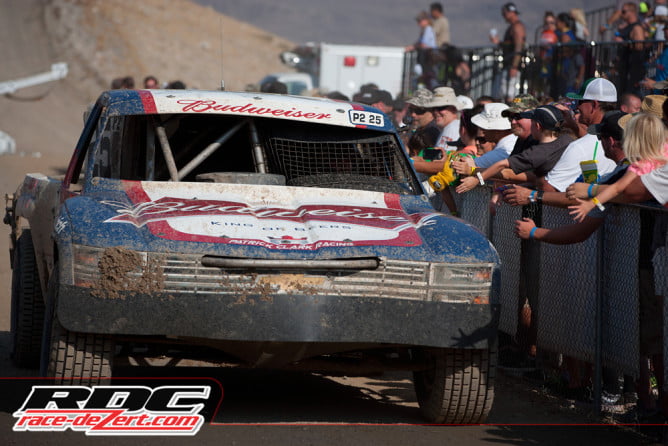 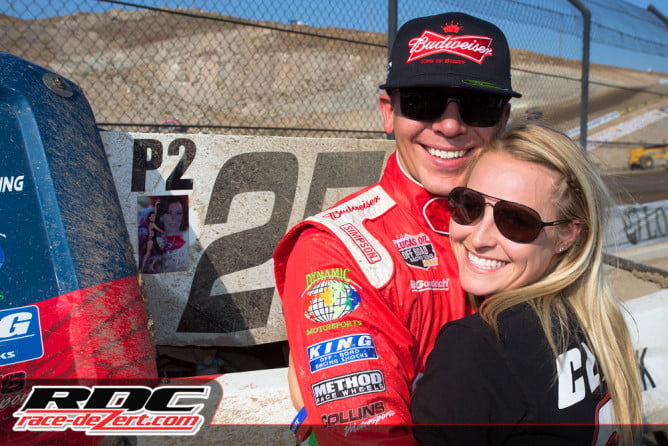 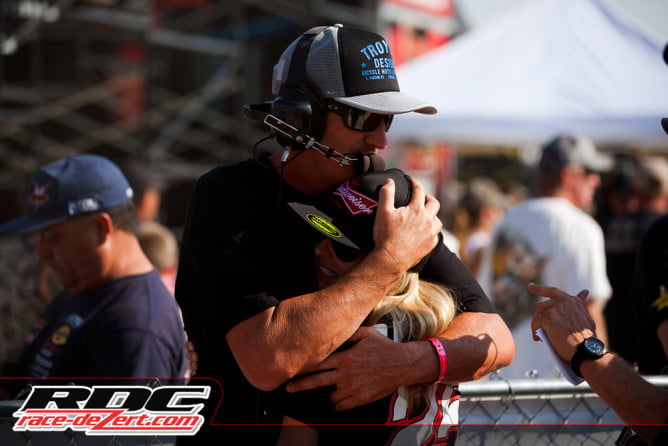