Due to Kyle Leduc’s dominance this season in Pro 4, Loanmart put out a bounty on his head. $2500 to the driver who could beat him this weekend out at Glen Helen for Rounds 9 and 10 of the Lucas Oil Offroad Racing Series. So far that bounty has been put on hold with Leduc taking his 8th win in a row tonight for Round 9 in front of a crowd who braved the 100+ degree temperatures to watch their favorite drivers battle it out on the track. 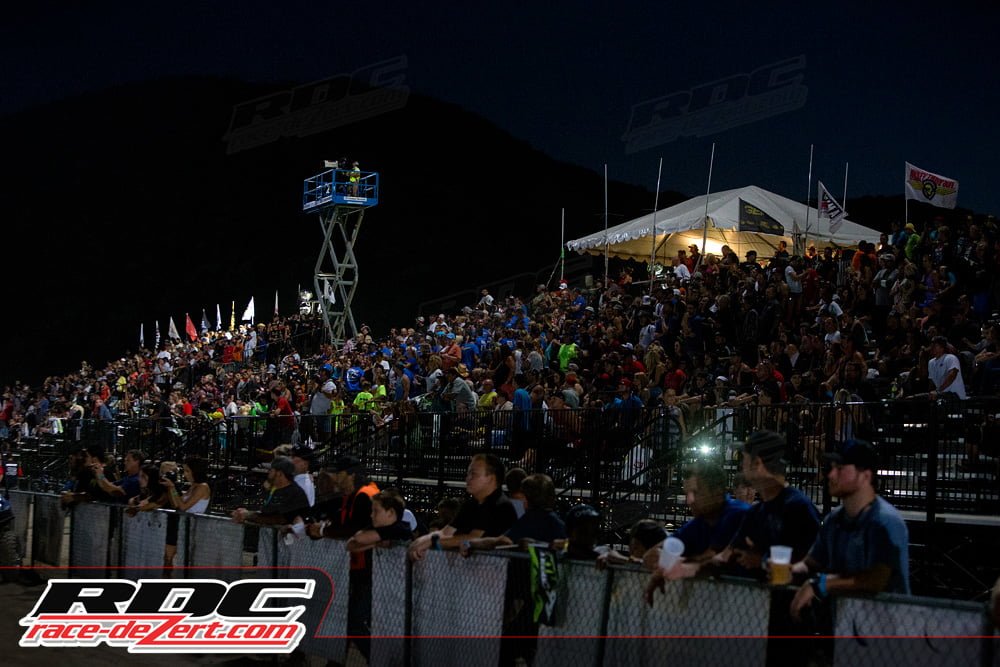 Qualifying first, Leduc would start on the front row with Carl Renezeder. At the drop of the green flag Renezeder tried his best to get past Leduc who was on the inside but couldn’t quite get by him going into turn one. Leduc would get the holeshot and never lose the first place position all race. For the majority of the race it was Rob MacCachren and Renezeder all trying to catch Leduc but a mechanical problem would force Renezeder to pull off. Pro 4 rookie Doug Fortin would take over the third position charging hard to round out the podium. Fortin, while a rookie in Pro 4, is a long time racing veteran of both short course and desert racing, and tonight he showed the Pro 4 class that he is a threat each race. 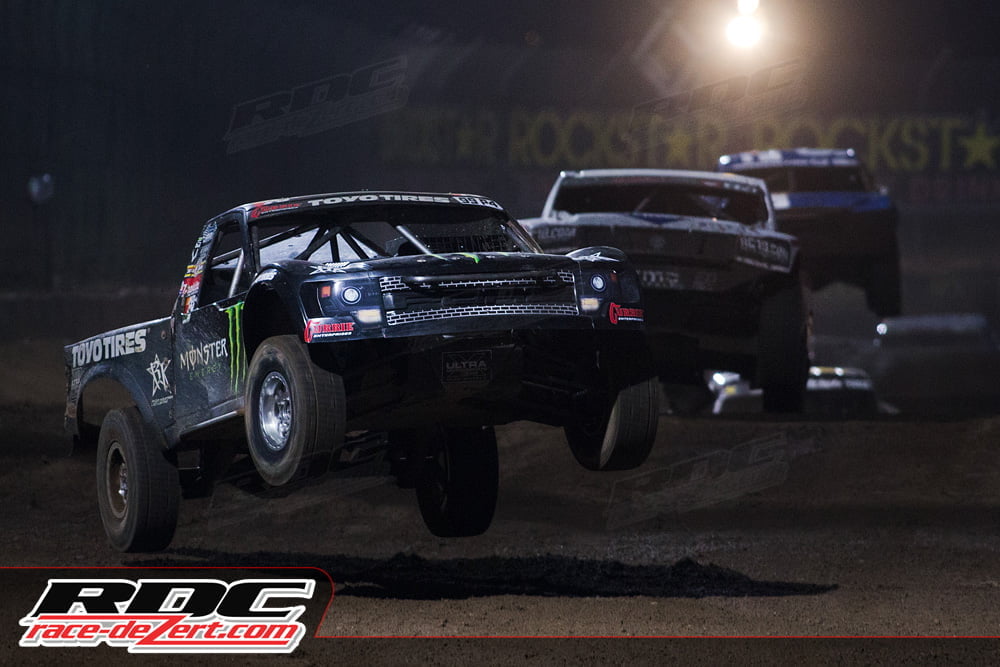 The story in Pro Buggy continues to be the George family as Garrett George took home the win while cousin Chad brought home a third place finish. Always fast Steve Greinke took the middle position while laying down the fastest lap of the Pro Buggy race laying down the only sub 50 second lap of the day for the class. 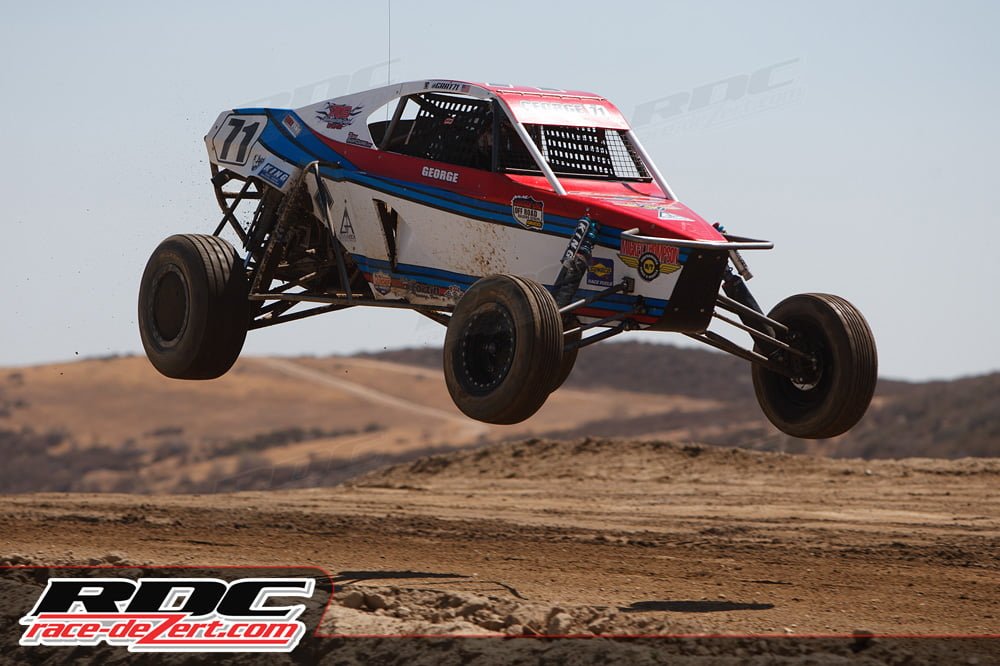 The Prolite race went pretty close to how Pro 4 ended up. RJ Anderson started on the inside of the front row, got the hole shot and didn’t look back. From the start RJ wouldn’t make a mistake and let anyone get by and take over the lead. Casey Currie did everything he could to over take RJ, and while he came close many times he just couldn’t find that extra gear to make the pass. Recently Currie cut off the back half of his truck changing a few things and after lots of testing last week, and with the help of Monster teammate and friend Kyle Leduc, went back to his ways of old landing on the podium. After qualifying first earlier in the day, Kyle Hart would find his way to the last spot on the podium and take home a third place finish. 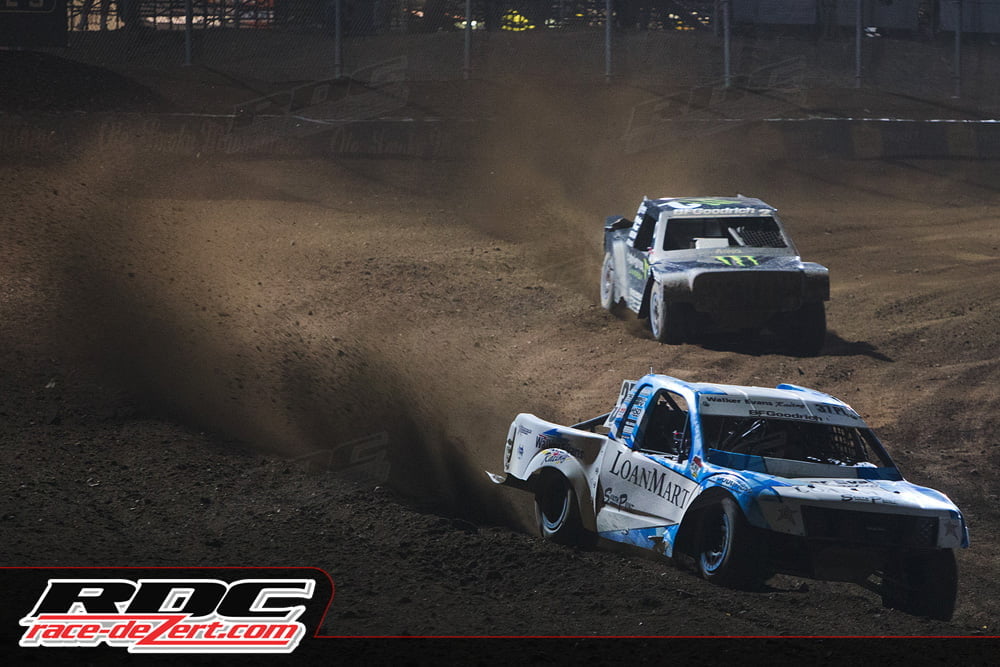 The final race of the night was Pro 2 and it gave the fans something to remember after a long day in the heat. After qualifying first with a 47.990 (which would of qualified him 5th in Pro 4), Brian Deegan followed in the foot steps of Leduc and Anderson in taking the hole shot and never giving up his spot. Rob MacCachren and Bryce Menzies both followed closely behind Deegan for the majority of the race, letting the fans see all kinds of lines and moves as all three did everything they could to pass and not give up any positions. With three laps to go a full course yellow would come up bunching up the field for one last push to the finish. After the restart Deegan would get the hole shot again, and in turn two MacCachren and Menzies would have some contact resulting in Rob Mac spinning out and losing a few positions. Carl Renezeder who was running fourth would capitalize and move his way into second place followed by Menzies. After the race LOORRS officials apparently didn’t like Menzies contact with MacCachren, so third place was given to Marty Hart. 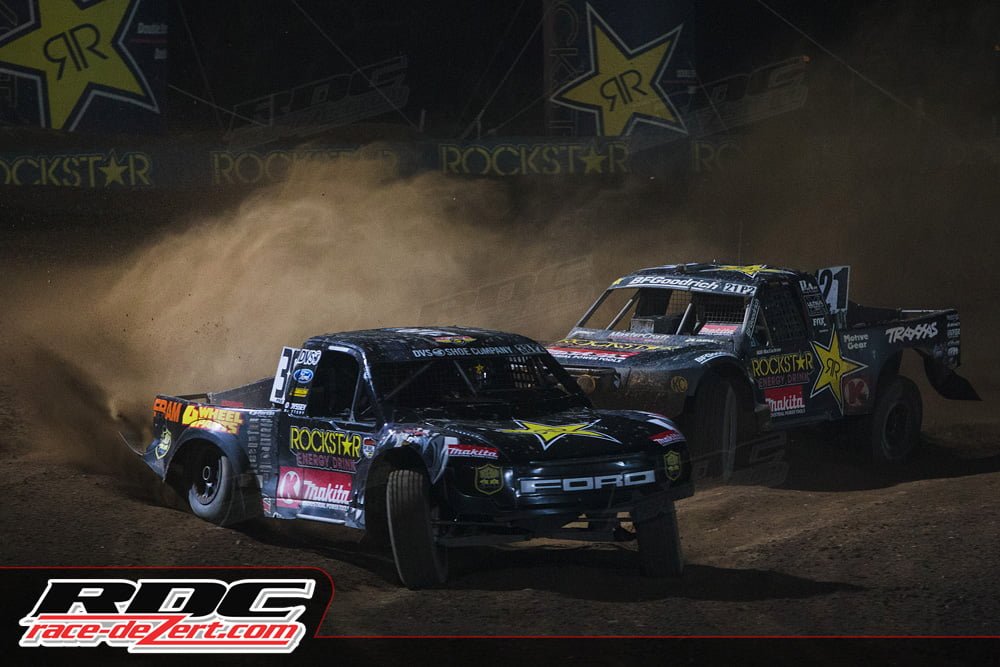