They say if you build it they will come and thats what happened today in Estero Beach. The people of Baja who have loved the sport of offroad for generations came out to the inaugural Lucas Oil Offroad Racing Series “Battle South of the Border” and packed the stands. With the help of the Ampudia family, the Estero Beach Hotel and the city of Ensenada, LOORRS was able to put together a first class event for the fans to enjoy. From opening ceremonies you knew the fans have offroad in their heart, as when the Mexican national anthem was sung, the majority of the crowd sang with it. 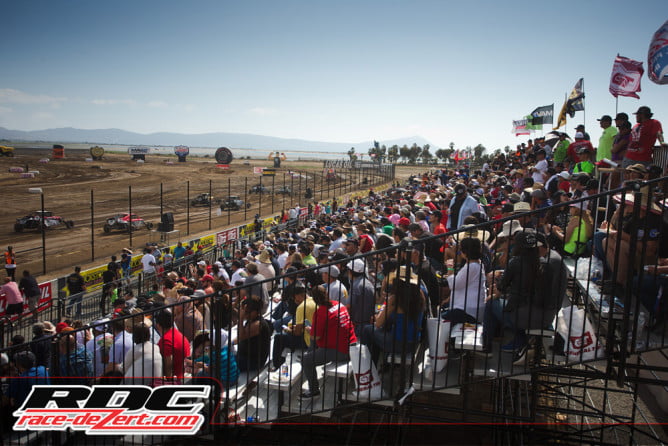 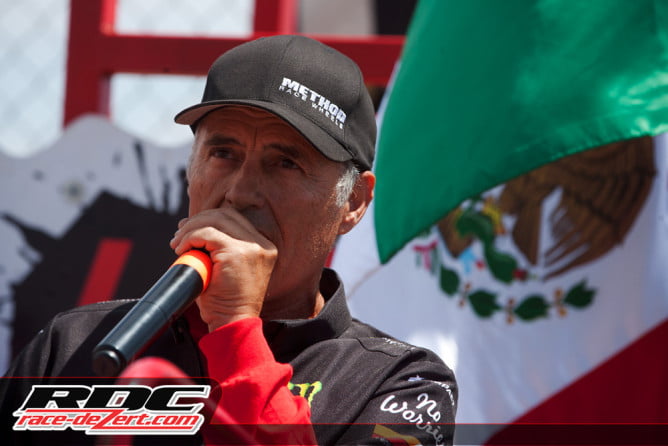 Racing here in Estero Beach isn’t something new, legends like Leduc, Renezeder, Huseman, Greaves and more used to race here but it wasn’t until now that short course was brought back. With fans in Baja used to desert racing in the SCORE, CODE and Record series they’re no stranger to offroad racing, but short course gives everyone an up close view of all the action and today their was plenty. 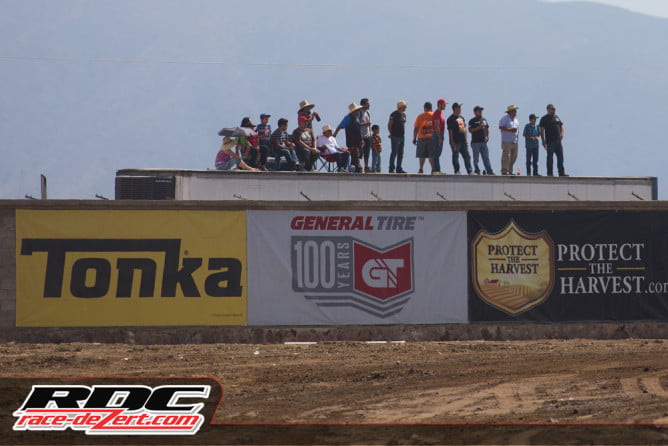 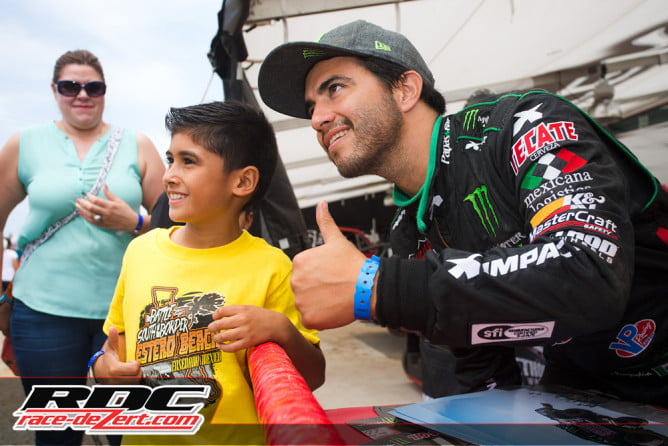 With a new track comes new challenges to the drivers and they need to learn the track and the course at Estero is nothing like the racers have seen on the circuit. The dirt here is more like sand being so close to the water so the track falls apart much quicker then other tracks. After only a few laps the turns get large ruts in them and the faces of the jumps can get much softer. What that does is lap after lap the drivers are having to adjust to a new track in front of them which makes this track a true drivers track. 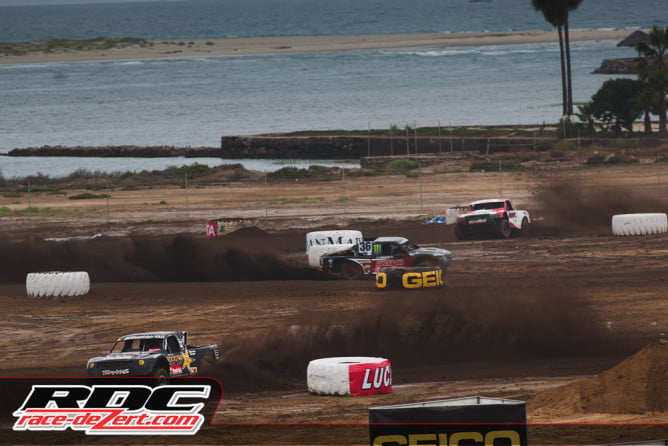 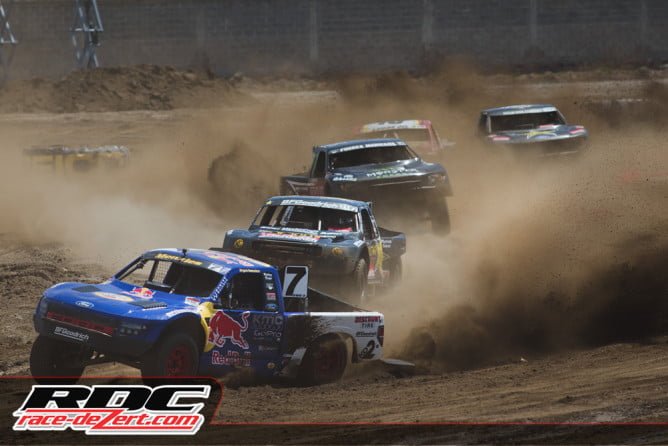 Opening ceremonies today honored Rodrigo Ampudia Sr. and his family for all their hard work in getting this track completed, and really without them LOORRS wouldn’t have been able to put the event on. The first race for the fans was Pro 2 where Bryce Menzies qualified on top where he has been all practices. It seems in P2 no one can touch him and today was no different, with Menzies getting out front and keeping it there the whole race. While this track is pretty wide and offers a lot of passing, with the nature of the dirt you’re always getting roosted if you’re behind so it makes it difficult. The rockstar duo of Rob MacCachren and Brian Deegan battled it out for second and just could never put any pressure on Menzies. 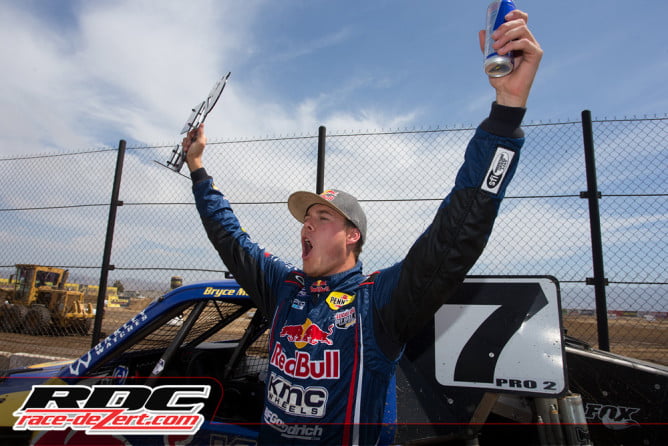 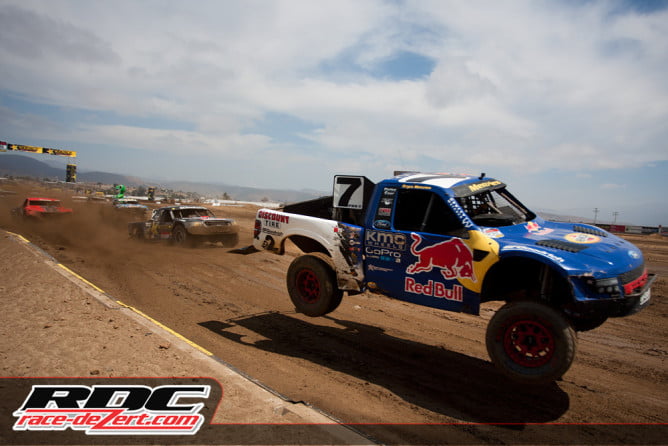 Up next was Prolite and thats where the fans got their moneys worth. Everyones concern was how the Prolites would handle a full field going through the new rhythm section and there were three trucks who would battle the section but come out on the wrong end. First off the start Justin “Bean” Smith who was in the mid pack after not being able to see wasn’t able to time the morgals correctly and with a little help from another driver would go end over end. While he ended up being ok his truck wasn’t so lucky and him and his crew have a long night ahead of them. Joe Gibbs would also not fair well in the section, but it was Brad DeBerti who took the worst tumble. Battling hard with Cole Mamer the two trucks would touch causing DeBerti to land sideway and go into a violent snap roll. After about 10 rolls DeBerti’s truck would stop and he would get out under his own power, but would be taken to the hospital for precautionary measures. 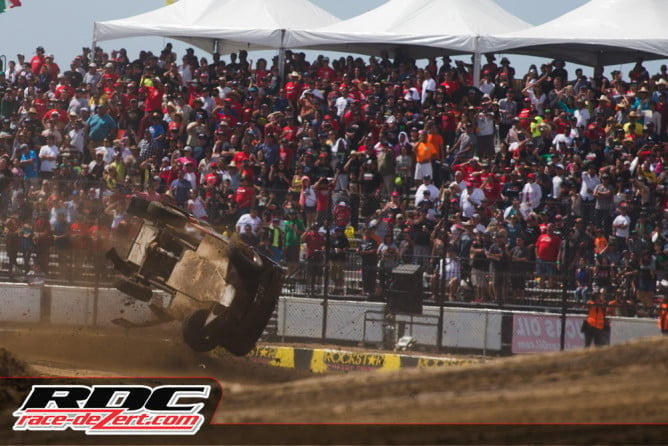 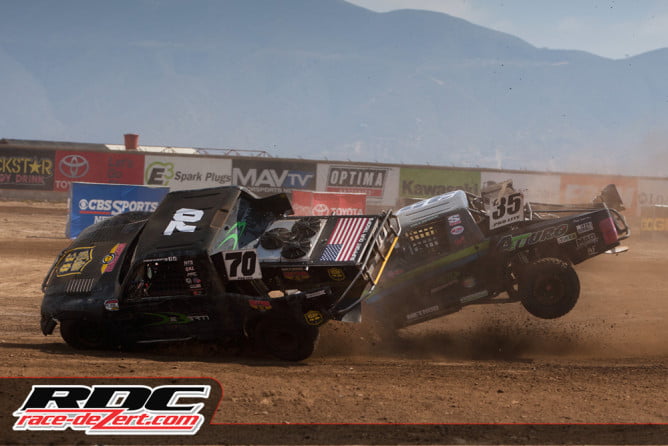 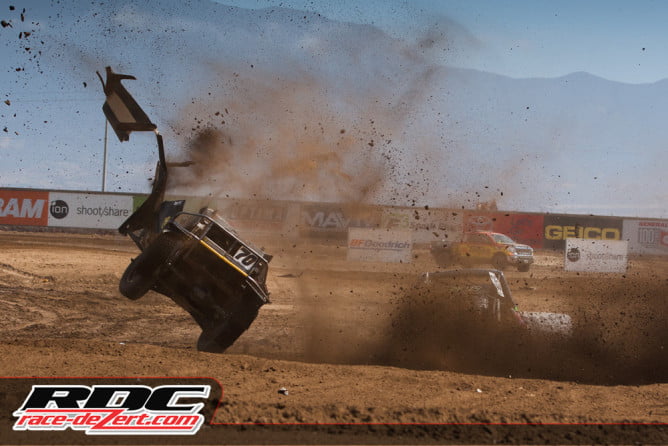 The real story of the race though was Brandon Arthur who after a few races where he would lead the majority of the race and slip up last minute, this time he would find himself on top. Sheldon Creed who led most of the race would end up crashing on the front stretch after the last jump started getting soft and causing his truck to endo at full speed. Arthur took the lead after the caution and held on to it the rest of the way. Brock Heger would take second place in his first podium in Prolite and RJ Anderson would grab some much needed points rounding out with third. 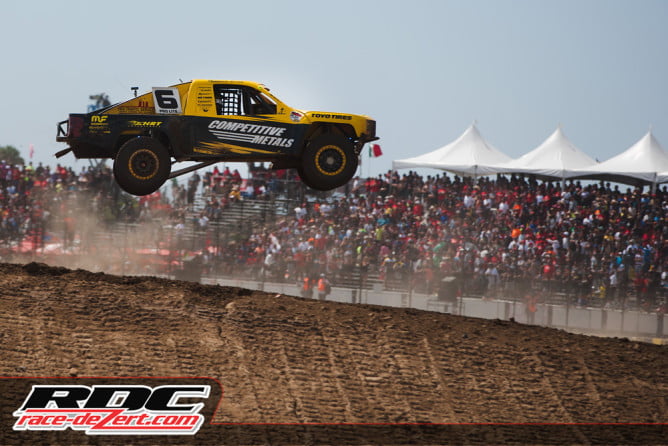 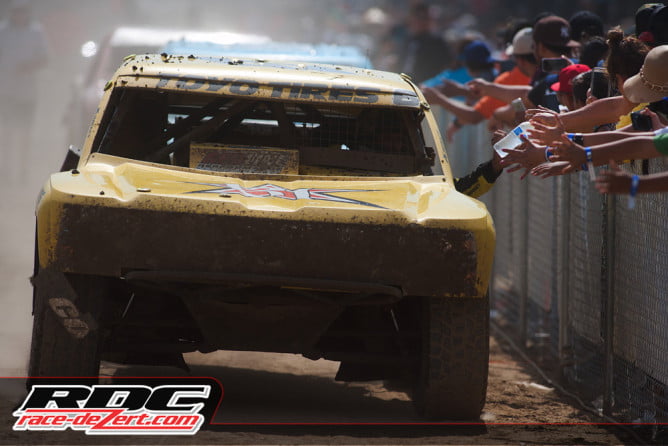 With his win today in Pro 4 Kyle Leduc would make it 9 wins in a row, and become the holder of the most consecutive wins during one season, ever. His continued dominance has the other drivers scratching their heads on what they can do to catch him. Off the start Brian Deegan was able to get an edge on Leduc but going into turn two Deegan would put it on two wheels after some small contact giving Leduc the lead. Menzies who is in his rookie season in Pro 4 said he hasn’t drove that hard in a long time battling the beat up course took second place behind Rob MacCachren. 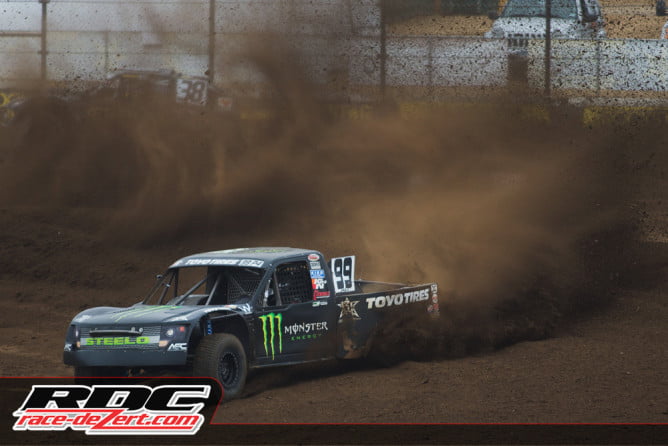 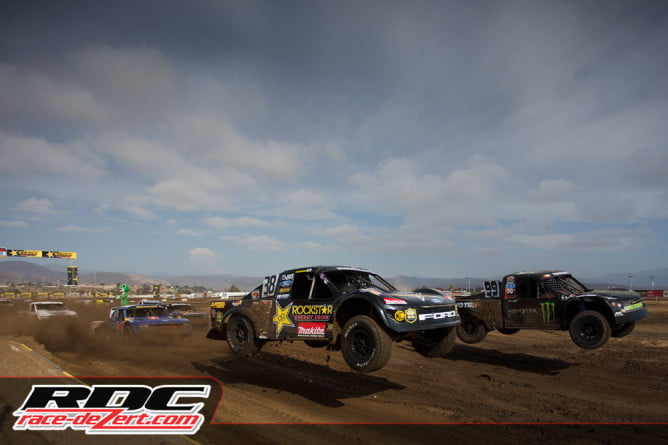 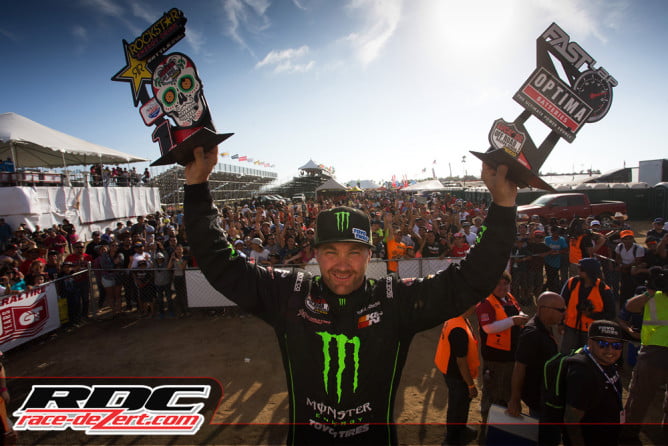 With the race course deteriorating like it is Lucas officials decided to make the races only 10 laps which means every race is an all out sprint which makes for exciting racing for the fans. Tomorrow racers will do it all over again so we’ll see who ends up on top.

Jason Zindroski
Why do the pro buggies never make the RDC news??

The news for pro buggy would be like this:

Really... Is that what happened this weekend??