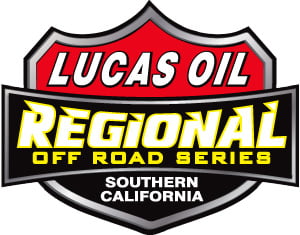 While the Lucas Oil Regional Off Road Racing Series Presented by Daystar kicks off this Saturday, April 2nd, the organization continues to gain momentum with the support of a number of exciting new partnerships.

The series focus of providing a platform for the development of grass roots short course off road racing allows for a number of these new partners to support the series and participants while reaching their desired customer base; the racers themselves. Among these partners is rear end manufacturer, Currie Enterprises. With their support of the series, Currie has received naming rights for the pit support area where in-race and emergency repairs take place throughout the event.

The regional series also features a number of short course off road Kart divisions for both children and adults. Lending their support to the newly named CMI Junior 2 class is industrial and commercial machine specialist, CMI Precision Machining. Manufacturer of the popular Karts, Trophy Kart, will now be presenting the adult Trophy Kart division and will field special guest drivers to compete in each event. The wildly popular SR1 and Unlimited UTV classes will also be competing at this weekend’s event presented by UTV Performance products supplier, Black Rhino Performance. These companies join Camburg Engineering and Alumi Craft, previously announced as the Mini Open Truck Sponsor and the Limited Buggy Class Sponsor.

When the checkered flag drops, fans will recognize a familiar supporter of short course off road racing; Team Associated. As the official R/C vehicle of Lucas Oil Off Road Racing, Team Associated has expanded its extensive partnership with the series and the sport and has been named the “Checkered Flag Sponsor” of the Regional Series.

This weekend, all registered drivers will receive one driving session to their local Pole Position raceway to hone their skills in addition to some other great bonuses provided by series supporters. General Tire has also signed up to provide some end of the year purse money for participating racers in specified classes.