This past weekend the much anticipated BITD Silver State 300 finally went down in Caliente, Nevada. After being postponed due to the ongoing pandemic, Best In The Desert along with other racing organizations have finally begun getting back to business but with some changes to how they operate.

Contingency was still held but teams who qualified the day before got checked there. Any remaining teams had to keep their vehicles on their trailers and towed through tech and only team members were allowed in the area. The drivers meeting was pre-recorderd and posted on the BITD Facebook page for people to watch on their own to eliminate any close gatherings.

The biggest news of the race weekend however wasn’t these changes but wild fires that started near the race course Thursday night. A storm came late in the night with lightning strikes that would ignite the extremely dry vegetation near race mile 288. By morning the fire had already burned a large area traveling west via heavy winds burning near race mile 17. Best In The Desert and the Bureau of Land Management began working frantically to not only get the course rerouted but also all the necessary permits and paperwork to do so.

A big shoutout needs to go out to the entire BITD crew as well as the BLM for not just doing the easy thing and canceling or postponing the race but adapting and making the race happen. The announcement was made Friday afternoon that the start and finish areas would flip flop and the course would be rerouted to avoid the fire and stay out of the way of the crews working to contain the fire. 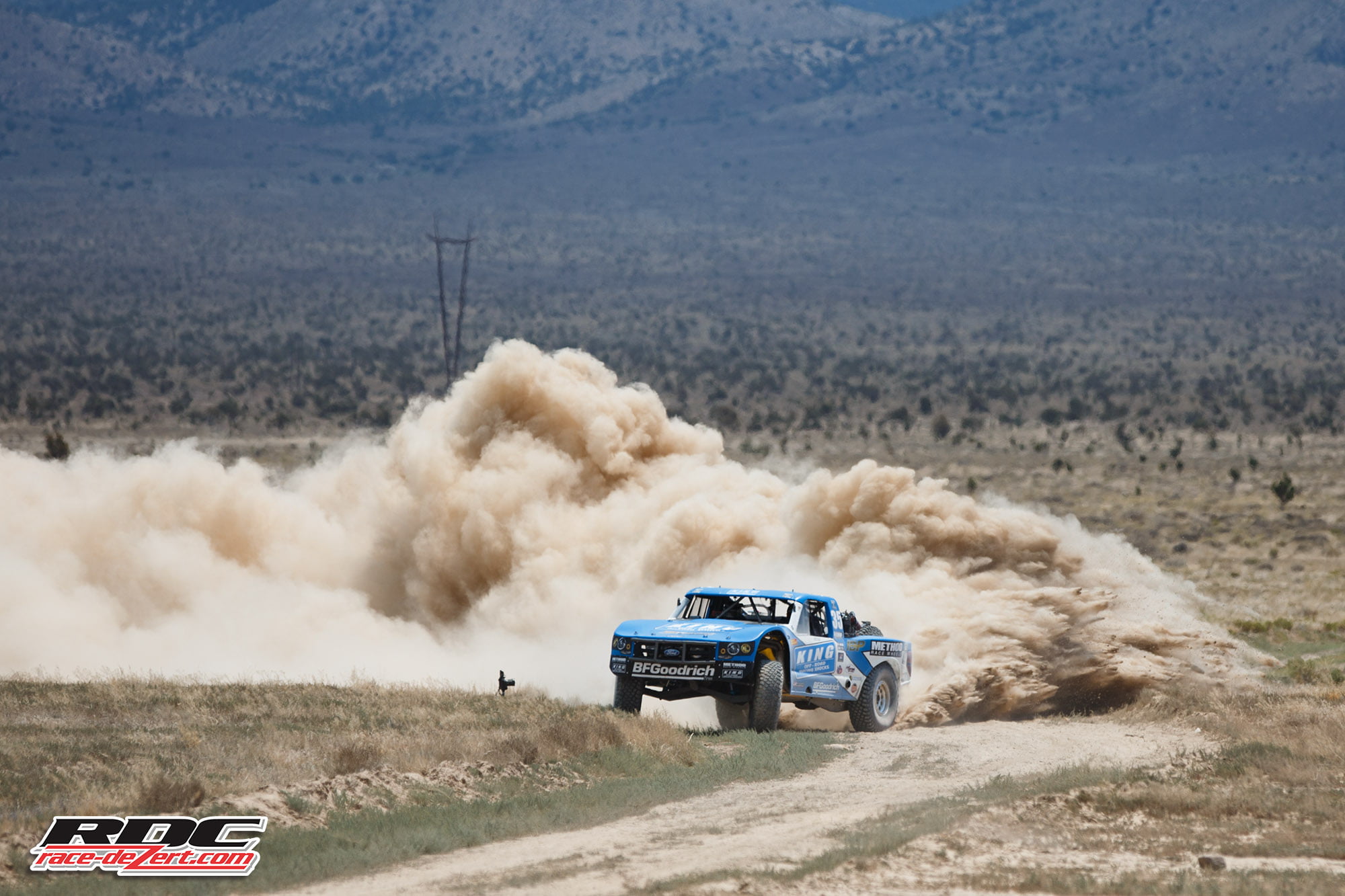 Jason Voss started first off the line in clean air which on this track is very important. This course is known for being hard to pass on and very dusty, and with it being put on later in the year the dust would only be more of a problem. Voss put the pedal down right off the bat and set a very fast pace of over 60 mph going into the halfway point of the race. Justin Lofton started behind him but had some issues before pit 2 giving Luke McMillin the position of trying to catch Voss.

As the race went on news came of the fire spreading closer to the finish line with the fire burning over 10,000 acres over night so the decision was made to move the finish line to Pit 7. BITD yet again adapted and moved the timing trailer to Pit 7. Halfway through the race Voss was still in the lead both on track position and on time but a rear axle issue before Pit 4 would slow him down.

Voss would eventually get back up and running but any chance of winning was out of the question. The new battle was between Luke McMillin who was now in the physical lead and Harley Letner following close behind.  After 4 days of reviewing trackers BITD officially announced results and penalties this morning and the #70 Trick Truck was issued a 30 minute penalty for course deviation.  This is a huge penalty pushing Thompson/Letner back to 13th place and Luke McMillin getting the official win. 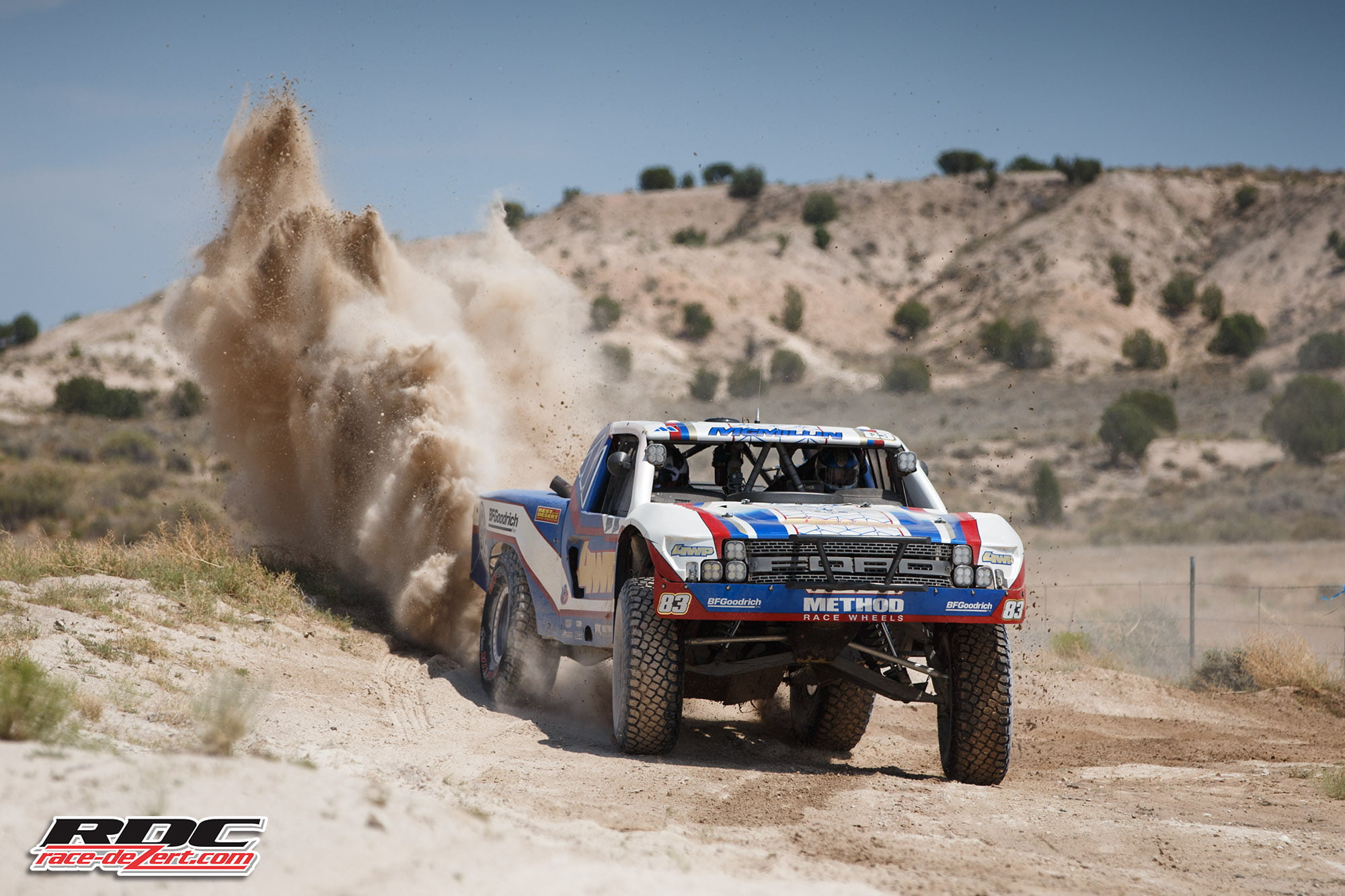 While the battles were heating up on the race course the fire was doing the same spreading as the wind continued to play havoc on the fire. With the fire reaching near the 93 Highway the decision was made once again to move the finish line this time to mile 220 at Pit 6. The announcement was made over the radio and while some teams learned of the change others didn’t get the news. Some teams chose not to make scheduled pit stops to not lose valuable time while others not knowing of the change did their planned stops. Other teams who were saving their equipment for the final stretch of the race turned it on early while some were in the dark.

Next up for the BITD series is the Vegas to Reno race August 12th-15th.