WHERE ARE THEY NOW
TWO WEEKS OF HELL

AS TOLD TO MITCH BOEHM 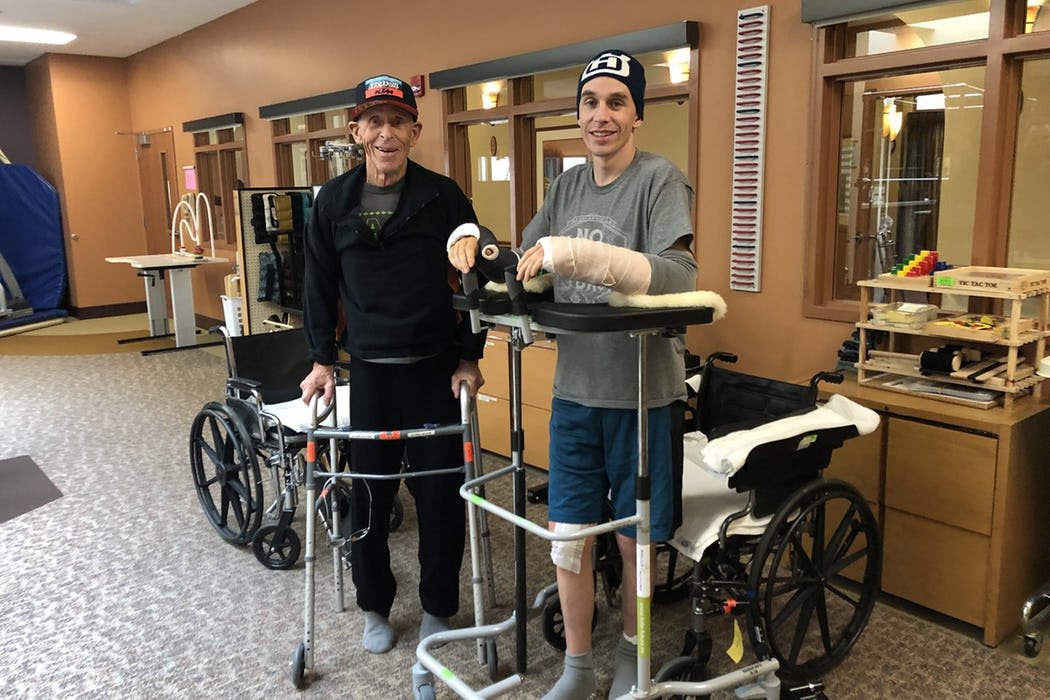 The last couple of weeks have not been kind to Malcolm and Alexander Smith—or their families. Both were injured badly within a week of one another in early February. Both had surgeries involving plates and screws (and pins and rods), and both were, up until the 13th of February, convalescing at the same rehab center in Southern California, and in adjoining rooms. The strange ironies and coincidences go even farther than that, but we’ll let the guys themselves tell the stories thanks to bedside interviews done by Mitch Boehm, who co-wrote Malcolm’s 2015 autobiography Malcolm! The Autobiography, available at www.themalcolmbook.com.

Malcolm: It’s crazy how quickly things can change. Six weeks ago, during the holidays, I was watching our large and extended family enjoying themselves at our home and thinking things were pretty darn good, with everyone healthy and happy. But two weeks ago it all went to hell in a handbasket in the space of just a few days when my son Alexander and I both suffered serious injuries in separate accidents hundreds of miles apart.

I got run over by a golf cart, of all things, while golfing in Death Valley, California, breaking my hip badly enough to need emergency surgery in Las Vegas. I hadn’t golfed in 20 years, but there you go! And Alexander, while leading an off-road ride down in Baja, Mexico, hit a cow head-on at high speed, badly breaking his femur, arm, and hand, all of which required multiple surgeries to fix.
It’d be almost funny if things weren’t so painfully serious…

Read the full article at RacerXOnline.com