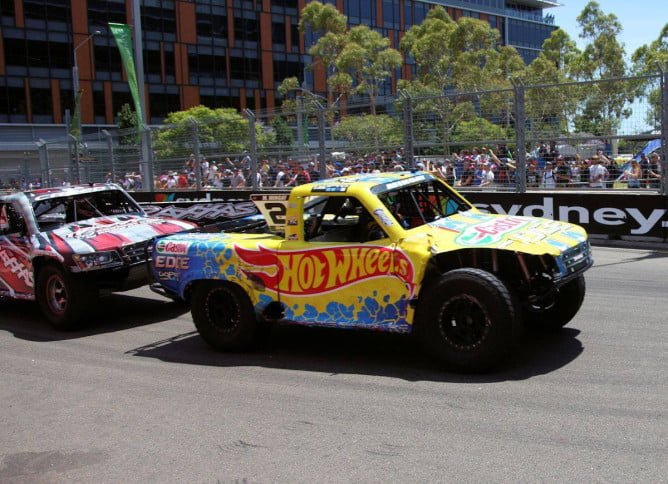 Mingay, a resident of Gold Coast, Queensland, Aus., drove his No. 2 Hot Wheels/ Castrol EDGE-sponsored truck to the front of the pack dodging bumping and banging trucks in front of him. Rob Whyte would get into the TRAXXAS truck of Scottsdale Ariz., driver P.J. Jones on Lap-2 allowing Mingay to get by into the second position behind early leader United Fiber & Data driver Matt Brabham from Gold Coast, Queensland, Aus.

A restart would set up a sprint for the finish as Brabham, Mingay, and 2015 SST Champion Sheldon Creed would go 3-wide for position down the extra wide back straight going into the corner. As the three would bump into each other not giving any ground Mingay would nab the lead, followed by Creed, shuffling Brabham back to the third position after been stuck on the outside.

As Creed looked inside Mingay for the lead going side by side over the TRAXXAS jump, the red flag was displayed as Nazareth, Penn., driver Bill Hynes would roll over his United Fiber and Data truck placing it on its side in the middle of the racing surface. Hynes would exit the truck unhurt, but the time limit of the event would expire cutting the SPEED Energy Stadium SUPER Trucks Presented by TRAXXAS final event of the 2015 season short 2 laps.

Mingay would be declared the winner, followed by Creed in the second position, and Brabham rounding out the podium.

Jones would be credited in the fourth position in his TRAXXAS truck, as LIVE / Think Loud Entertainment driver Scotty Steele from Peoria, Ariz., would recover from a rough start to the weekend to finish the race in the fifth position. Norwell, Queensland, Aus., driver Paul Morris in his SuperCheapAuto / Hungry Jacks truck would drive a conservative race capturing the sixth position.

South Australian driver’s Brad Gallard and Greg Gartner were credited with the seventh position and eighth positions respectively after both had contact early and lost valuable groud on the lead pack.

Hynes, would be recorded in the ninth position after his roll over troubles through the chicane. Gold Coast, Queenland, Aus., driver Rob Whyte’s race was ended early after his Just Car Insurance / Motul Oil TRAXXAS truck made heavy contact with the outside tire barrier.

SPEED Energy/ Toyo Tires driver Robby Gordon of Orange, Calif., would continue with more bad luck as a motor would expire on in early in the race event crediting him with the eleventh position.

Sheldon Creed would capture the overall win for the weekend with the lowest average between all three races with his two wins and second place finish, Second was claimed by Norwell, Queensland, Aus., driver Paul Morris in his SuperCheapAuto.com truck, and the overall podium was completed by race 3 winner Matt Mingay.

With the finish of the third exhibition event at the Sydney 500 on Sunday morning the 2015 SST season has come to a close. Stay tuned to StadiumSuperTrucks.com and Facebook.com/StadiumSuperTrucks in the next two weeks for the release of the 2016 Stadium SUPER Trucks schedule.

– 2015 is the third season of SPEED Energy Stadium Super Trucks by TRAXXAS.

– The first SST race was held at University of Phoenix Stadium on April 6, 2013 and was won by off-road racing veteran Rob MacCachren.

– Rounds 4 and 5 of the 2015 season took place at the St. Petersburg Grand Prix in Florida and were won by Sheldon Creed and Burt Jenner.

– Round 7 at the Detroit Belle Isle Grand Prix was won by Robby Gordon. Round 8 was won by E.J. Viso, while Burt Jenner won the final round and was crowned the overall weekend champion.

– The SST by Traxxas series also races at venues including sites along the Las Vegas Strip, in stadiums and at purpose-built courses held in conjunction with large festival-style activities.

– The Stadium Super Trucks raced in Barbados in December 2014 as part of the International Race of Champions.

– The Stadium Super Trucks made their X Games debut with overwhelming popularity in 2014 and were featured live on ESPN and ABC.

– PJ Jones claimed his third SST Victory in three years with Round 13 at Costa Mesa, Calif.

– Sheldon Creed captured his four and fifth victory of 2015 in Round 15 and 16 at the Sand Sports Super Show in Costa Mesa, Calif.

– Burt Jenner claims his third victory of the year with the Race 1 victory at the Gold Coast 600 in Surfers Paradise, Queensland, Australia

– Sheldon Creed captures his sixth and seventh victory of the year on the Surfers Paradise street circuit in Gold Coast, Australia

-Sheldon Creed captures his eighth Stadium SUPER Trucks win of the season in the first all dirt event since 2013 at the Valvoline Raceway in Granville, NSW, Australia

– Matt Mingay becomes the first ever Australian to win in Stadium SUPER Trucks competition with his Race 4 win at the Gold Coast 600 at Surfers Paradise.

– Sheldon Creed won his 10th and 11th race of the year in exhibition race 1 and race 2 of the season ending Sydney 500 in Homebush, New South Wales, Australia

– Backing up his win at the Gold Coast 600 in Gold Coast, Queensland Matt Mingay captured his second win of 2015 in the SST finale at Sydney Olympic Park in Homebush, New South Wales

– Various SST by TRAXXAS videos, which have generated more than 10 million views since Dec. 1, 2014, can be seen at www.facebook.com/stadiumsupertrucks. 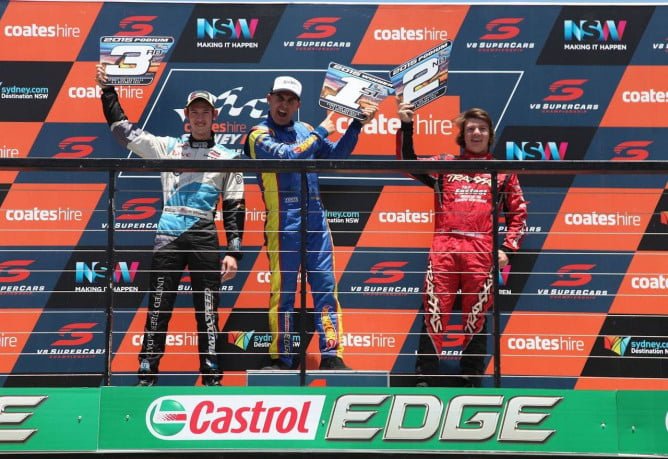 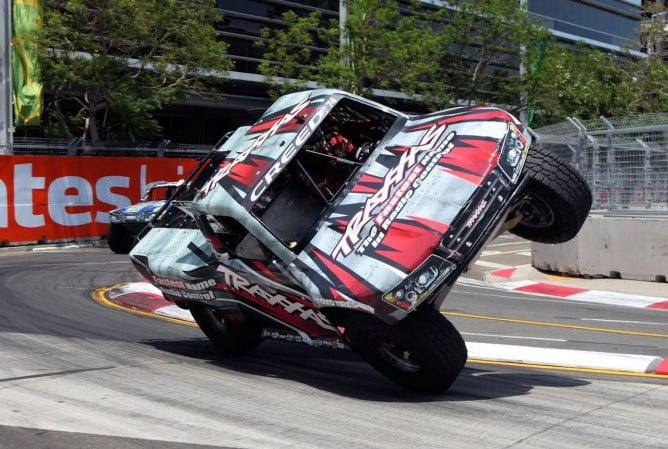