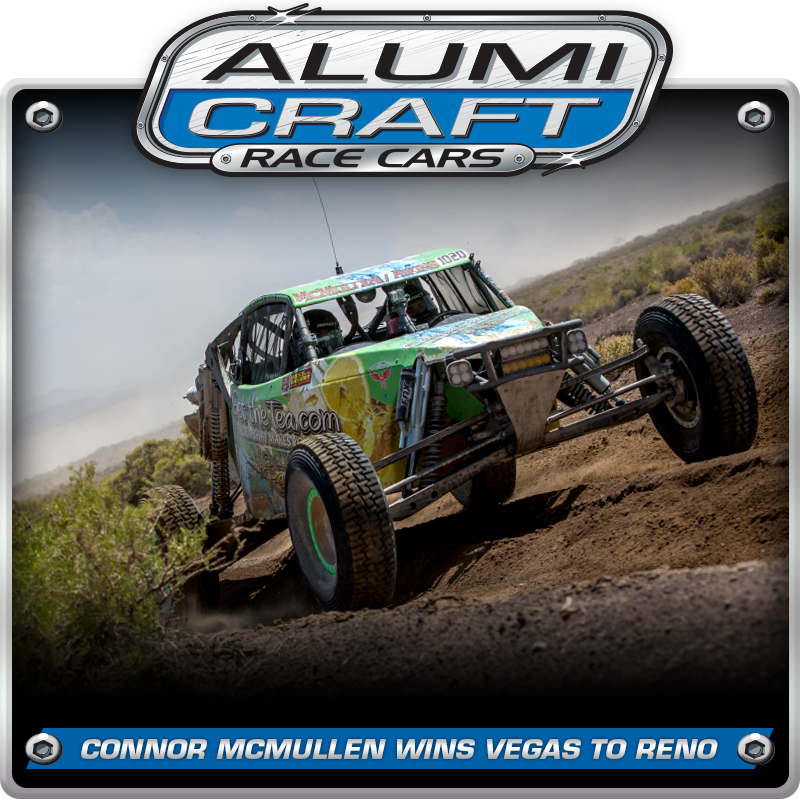 Reno, NV – Best In The Desert’s Vegas to Reno is known as the “Longest Off Road Race in the United States”. The track features 550 miles of harsh terrain, choking dry dust, intolerant heat and a back drop of very scenic wide open landscapes. To win this iconic race and victor over the “Best In The Desert” you must compete smart, drive relentlessly fast and it helps to operate top of the line equipment. Connor McMullen, 1st place Class 10 finisher, reached the podium in an Alumi Craft race car along with 3 other Alumi Craft Buggies inside the Top 10. 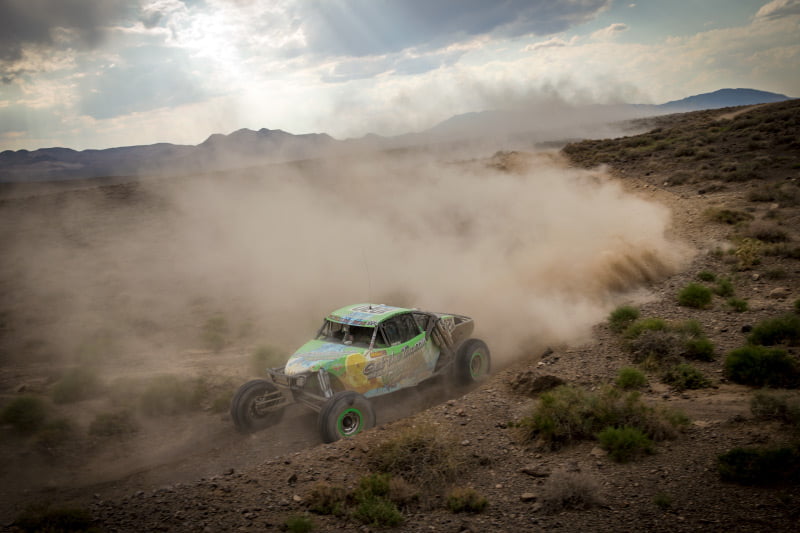 McMullen’s finishing time through the 550 Mile course was 9 Hours, 49 Minutes. Connor actually finished 23rd overall and nearly 20 minutes ahead of the 2nd place Class 10 Buggy. Alumi Craft Racers; Brent Fox in the #1075 earned a 4th place finish, while Brock Heger and Christian Fessler round out the Top 10. 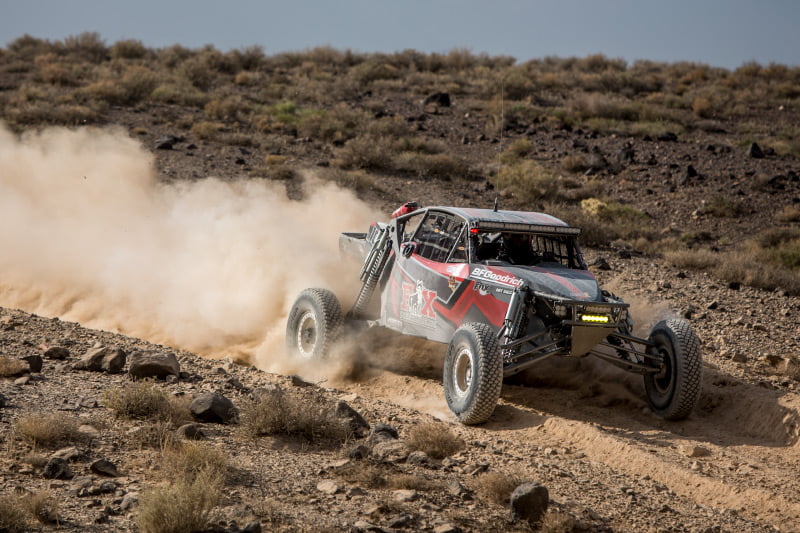 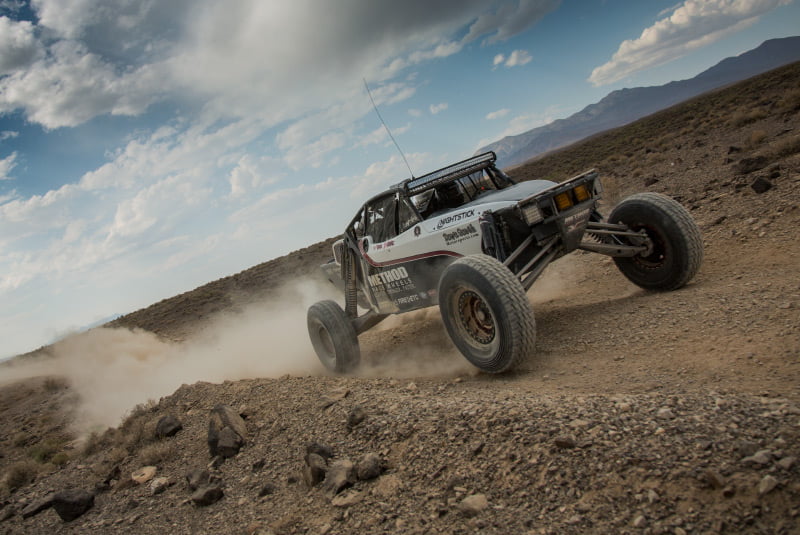 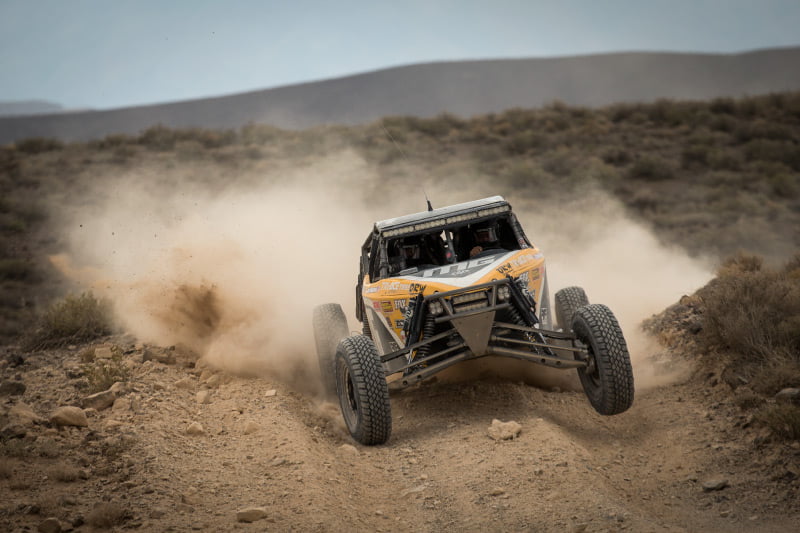 “This win was a huge achievement and a tremendous redemption for us and the team,” stated Kevin McMullen, of Kevin McMullen Racing. “We received a rolling chassis from Alumi Craft early this year. My crew at the shop assembled and prepped a high-caliber car, and we went racing in BITD. The first few races didn’t go as planned and Connor only got a little bit of seat time. We had to replace the back half of the buggy after a 6100 Truck took out the rear end. Alumi Craft sent us the laser cut tubes and after a new Redline Motor and a McMullen Trans Axel Gear Box, we were all brand new again and ready for Vegas To Reno.”

Connor McMullen was the 22nd Class 10 to start off the line. The plan was to give it about 75% pace for the first 200 Race Miles and re-evaluate where the #1020 GetTheTea.com / McMullen Racing Alumi Craft would tally up in the standings. Connor took to task and shot through the desert chasing down car after car through thick plumes of dust trails. 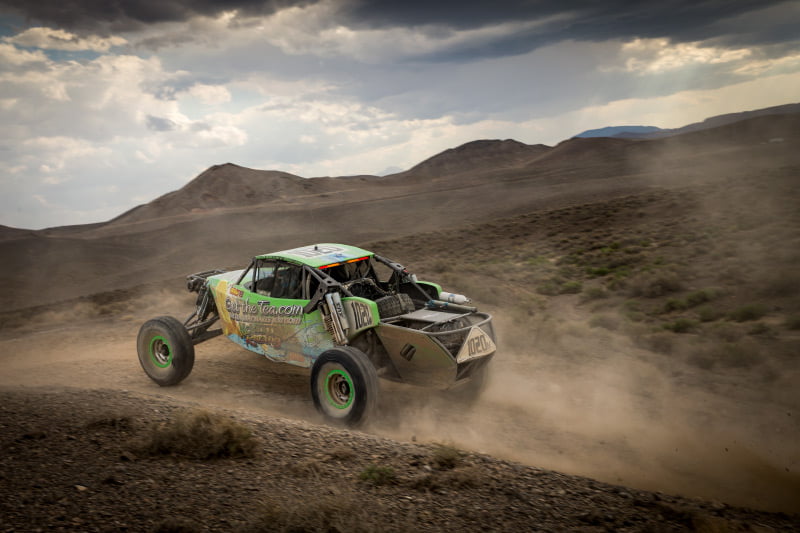 McMullen brought the Alumi Craft in for a full fuel stop and a tire change at Pit 5. Things were looking good for Connor, so they gave him the go ahead and to turn up the pace. At Race Mile 400 Pit 7, McMullen Racing had a planned driver change, but it was quickly determined that the #1020 Alumi Craft was the 2nd Class 10 on the road. Connor after passing 21 other buggies said “It feels like I am PreRunning. I am good and the car is great!” McMullen Racing sent Connor back out to race it on to the finish in Reno.

Kevin McMullen commented “We had zero issues with the Alumi Craft. We knew we could count on the car and get about 200 miles out of the tires. The course was eating those up and we planned ahead for that. The gas mileage was an issue but we also accounted for that. I am proud of Connor and the crew did an outstanding job.”

McMullen Racing deployed 5 chase crews covering 14 pit locations to spread race support for the entire 550 mile race course. Planned fuel & tire changes at Pits 5 & 11 and roaming crews for a splash of fuel here and there, is credited to Kevin McMullen’s experienced & smart desert racing strategy. The endurance of the Alumi Craft projected the race pace to the front of the pack. Connor’s youth and speed was the final piece to the puzzle for the McMullen Racing Alumi Craft Class 10. 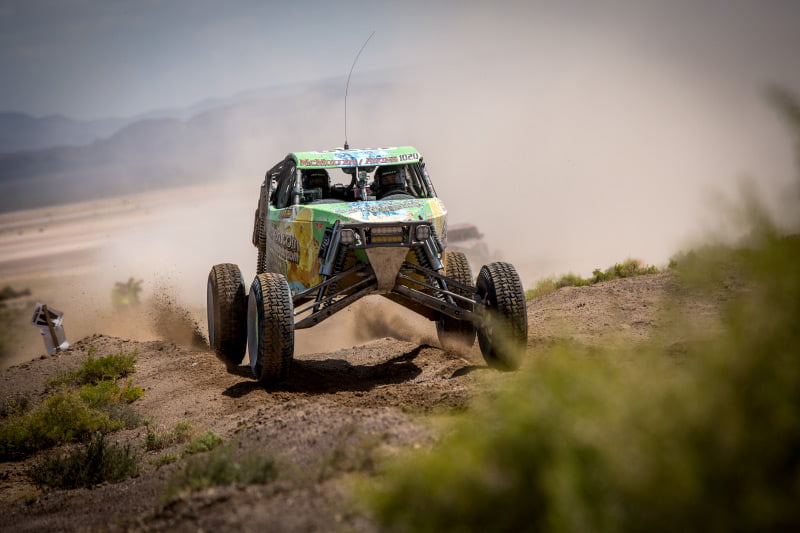 Already starting preparations for the next one, McMullen Racing back in Phoenix, Arizona, has the car stripped down for inspection revealing all is solid. The Alumi Craft #1020 will be ready for The Best In The Desert Laughlin Desert Classic taking place on October 11-14 in Laughlin, Nevada.

Alumi Craft offer many types of cars for competition or pleasure and a long list of services and support. If you demand the best, give Alumi Craft a call at 619-596-9841 or go to: http://alumicraft.info/ to find out more about our race products and services.