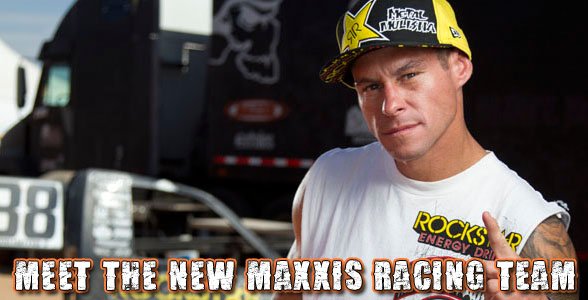 Meet “The General” Brian Deegan, world famous freestyle motocross star, founder of the Metal Mulisha, and a championship contending racer for the Maxxis off-road team.  Deegan is having a year for the ages on and off the track, so we’ll let him tell you how things are going.

1. You’re having an amazing year racing: X-Games Gold in Rally-X, numerous Pro-2 and Pro-Lite wins, what would you say has been the highlight so far?

This has by far been my best year ever competing.  I’d say the highlight was winning the X-Games, beating the best rally drivers in the world in a sport that I only compete in once a year.  I’ve just started racing cars and to straight up beat the best guys has been a big accomplishment.  The Pro-2 and Pro-Lite program has been going great this year, lot’s of wins.  I feel like we’ve been focused and just wanting to win everything that I can.  The rally gold was a major accomplishment, and if I can win these championships this year, plus the whole Dave Mirra fight, beating up Dave Mirra, that was cool. It’s really going to be hard to top this year. 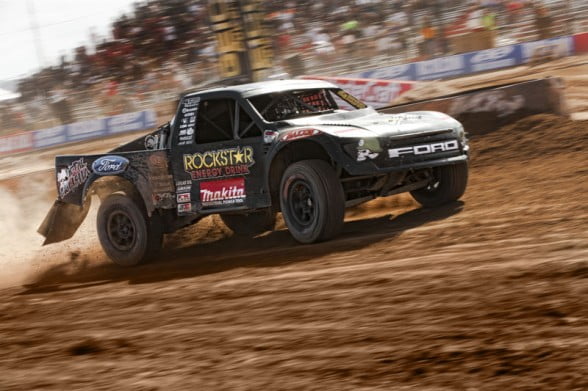 2. You’re racing in the Race of Champions this year.  How do you feel about racing against the best drivers in the world?

I’m excited, it’s a cool opportunity to go race against Michael Schumacher and Sebastian Vettle; guys that are considered the best drivers in the world.  I think it’s good for the off-road community to have someone over there representing our sport against the best drivers in the world.  It’s great for everything that I’m involved in to go out there and justify it and spank these guys.

3. Who are the people that you look to for advice about racing?

I’m definitely not going to give away all of my secrets, but my advice comes from my coach, Cory Kruseman, he’s my driving coach and spotter, he’s my main guy.  For rally car, Tanner Foust has helped me a lot and the team owner Andreas Ericson.  I also listen to my mechanics, they keep their eye on what’s going on, which helps me a lot. 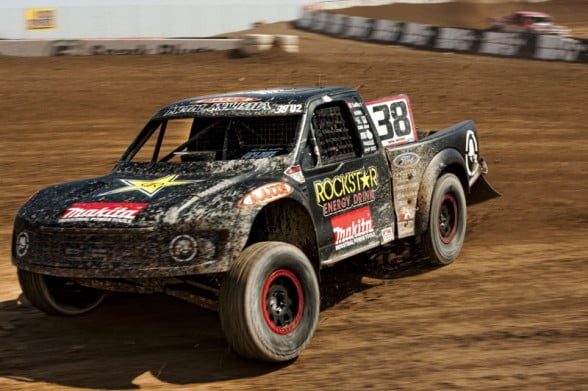 4. This is your second season with Maxxis.  How have the tires helped your racing?

I think the Maxxis tires have been good, I made the switch a year ago and since then I’ve had great results, been winning a lot of races.  The guys at Maxxis have been super cool, easy to work with and they’re always there to help me with whatever I want to do.  It’s been a really good company and all of the guys are fun to be around.

5. You have a shot at a double championship at LOORS (Pro-2 and Pro-Lite), how do you about your odds of pulling this off?

I’d say if you had a million dollars to go and lay it down.  So I think my odds are good.  No one has ever won a championship in Pro-Lite and Pro-2 in the same year.  Most of the guys driving in Pro-Lite are just coming up and have only been racing a few years like myself, so it’s rare to have the opportunity to win a championship in these two classes.  Plus it’s my first full year in the Pro-2 class, and to have a chance to win a championship over MacCachren and Renezeder, guys with multiple championships, it’s a pretty crazy position to be in.  I know I’m focused and have really invested a lot of time and effort and the resources to being the best that I can be and I’m just glad that it’s put me in this position.  I feel like there’s been some luck, but there’s been a lot of work and I’ve worked hard to put myself in this position and I’m going to fight it all the way to the end.  It’s already in my head and I’m focused on it and I want to win both of those championships super bad. 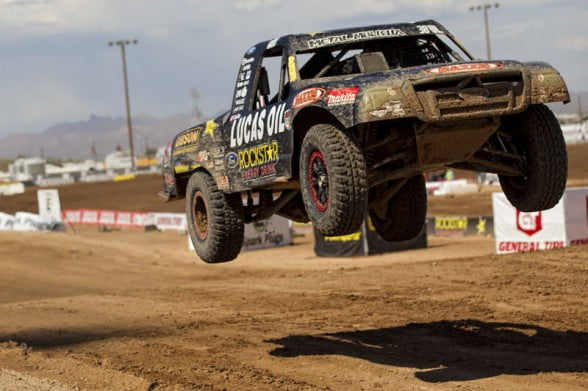 6. You spot for your daughter during her Trophy Cart races.  Do you get more nervous for her races than your own?

Yeah, I get really amped up when Hailie races.  I really want to help her do good., but it’s different when it’s your kid’s out there racing, makes you really nervous for sure.

Catch Deegan and the rest of the Maxxis team at the final round of the Lucas Off-Road Racing Series December 10th and 11th at Firebird Raceway in Phoenix, AZ. 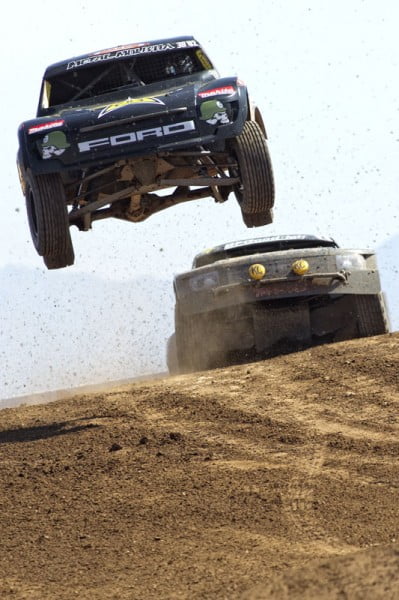