Friday night was an awesome night of racing and it would be hard for the drivers to top the show they put on for the fans, but they did just that last night at Round 2 of the Lucas Oil Offroad Racing Series. In front of a standing room only crowd racers hammered down and had the spectators on the edge of their seat each race with plenty of action and fender slamming to go around. 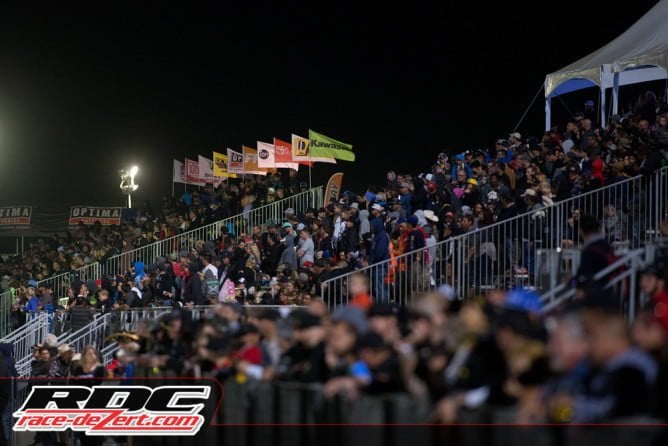 Opening ceremonies was at 7:30pm but there were still people trying to park when the show started. Looking into the crowd it was just a sea of people all pumped up for a great night of short course offroad racing. 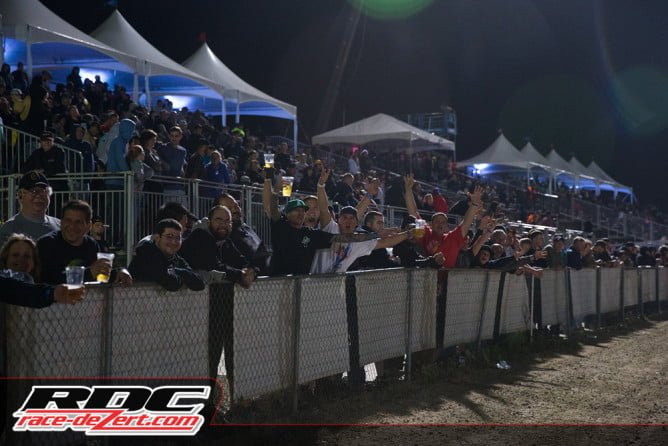 Steelo99 is the name Kyle Leduc gave to his new Pro 4 and yesterday she put on a show. Leduc qualified first, once again, but due to some small contact with Bryce Menzies on one of the qualifying laps, LOORRS officials took his time away forcing him to start dead last in a strong field of eleven Pro 4’s. Once the green flagged dropped it was tunnel vision as Leduc slowly picked everyone off one-by-one. By lap five, he was already sitting in 5th place and would stay there for another six laps before digging deep and eventually getting around then leader Bryce Menzies. Menzies, in his second Pro 4 race, led the majority of the race and would cap off the weekend with four total podiums. Renezeder who has seemed to shrug off the disappointing season from last year will leave Lake Elsinore with the Pro 4 points lead after finishing third last night and taking the win the day before. 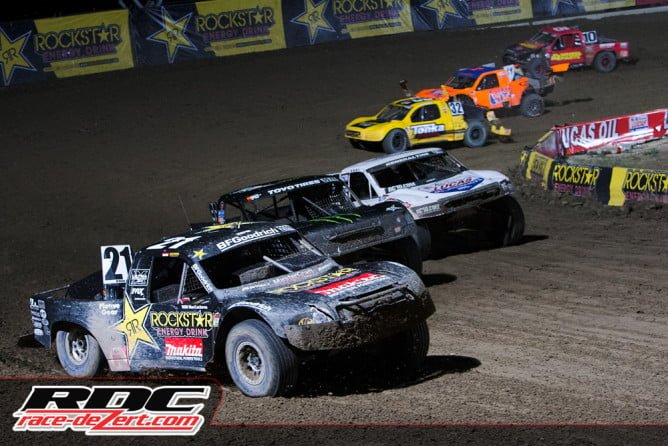 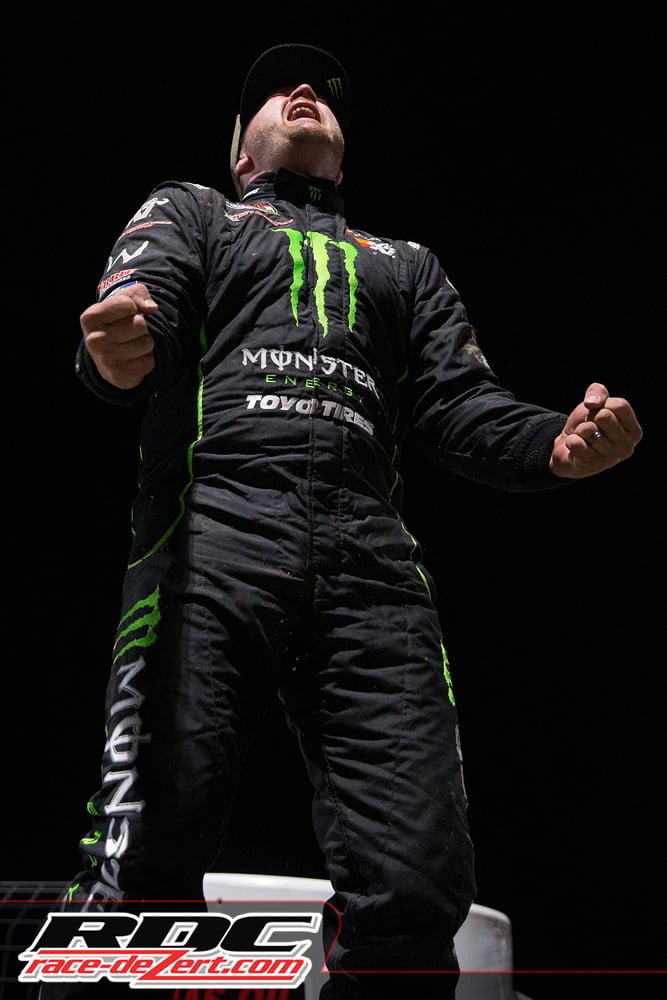 Win one race and it could always be a fluke or that the chips fell in your favor, but lightning doesn’t strike twice. Brad DeBerti showed us all that he is a contender in the Prolite class once again by sweeping the weekend and taking the win again last night (oh and he also set fast lap each night). Just like Friday night, once DeBerti got up front it turned into a race for second place, and it was a race. Casey Currie, Jimmy Fishback, and The 3 Amigos of Creed, Brooks and RJ Anderson all battled hard to take that top spot away from DeBerti. Lap by lap the five of them exchanged fenders and positions giving the crowd a great show and in the end Creed and RJ would sit on the box. On the final lap Brooks was sitting in second but with some contact with Creed he spun out and would have to settle for fifth. 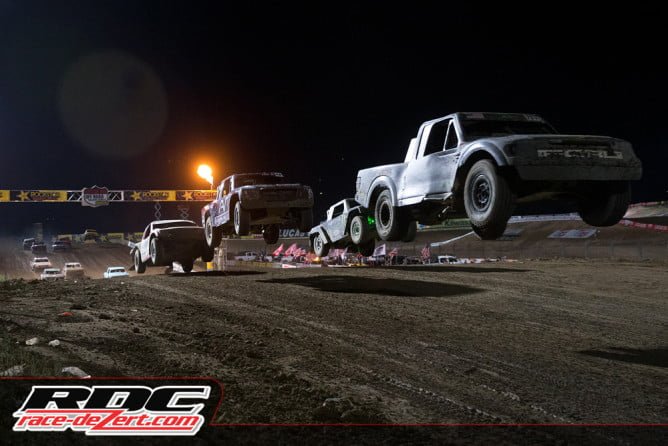 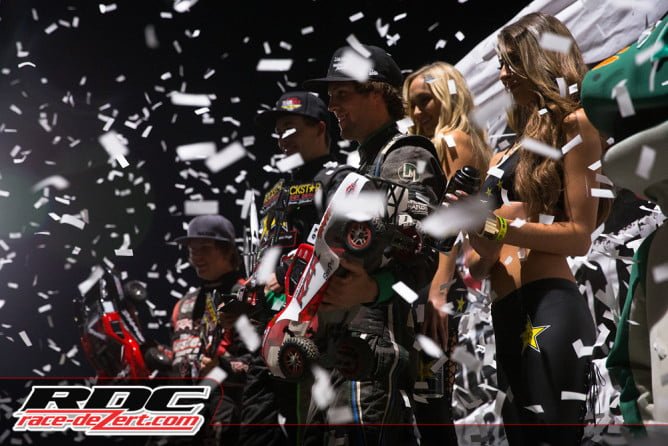 Pro Buggy was a pretty straight forward race with the final top four positions being decided after the first lap. Mike Valentine and Chad George started on the front row and after lap one George would see clean air and not look back. Valentine, Garrett George and CJ Greaves driving the Roberts Racing buggy would all play follow the leader behind George. Valentine would get close to George on a few laps being able to pressure him but the veteran stayed cool, held his lines and took home his first win of the season. 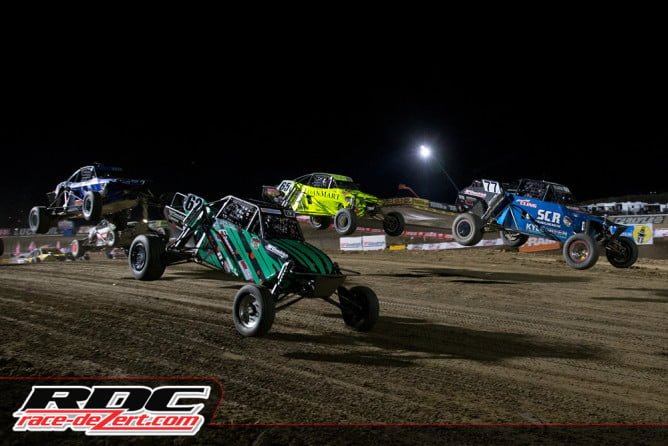 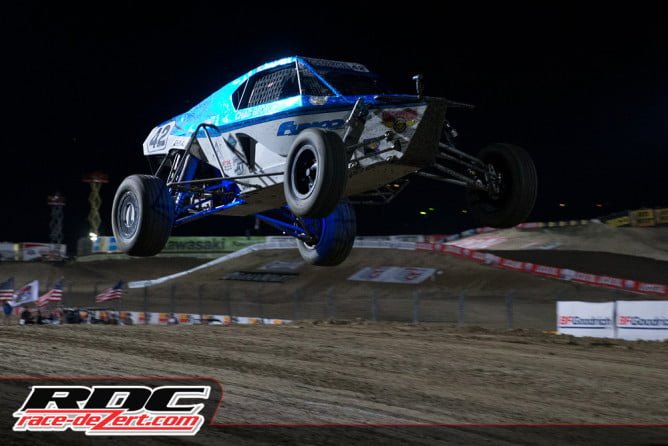 The Pro 2 race fell in the same manner as the Prolite race did earlier in the night. Bryce Menzies, coming off a win from yesterday, led from the start of the race and stayed there until the checkered flag fell and fireworks filled the air. Menzies leaves the weekend with the points lead after winning both nights and after getting on the podium twice in Pro 4 as well, will have plenty of fireworks going into Round 3 next month. Rob MacCachren followed Menzies the whole night in second place but even with a few yellow flags couldn’t get around the fast and consistent Menzies. Behind the two of them was mayhem lap after lap as Patrick Clark, RJ Anderson, Jeremy McGrath, Carl Renezeder and others all did their best to grab that last podium spot. On one of the final laps RJ Anderson diverted disaster after making contact in the air with Clark on the front stretch landing sideways and doing a full 360 on the ground. Officials threw a full course yellow expecting the worse but everyone came out unscathed. 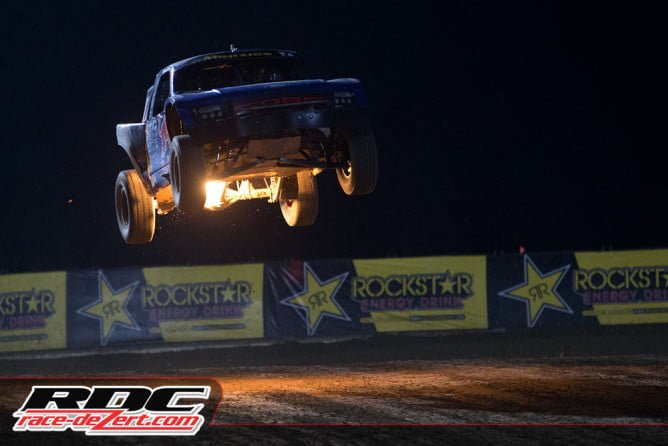 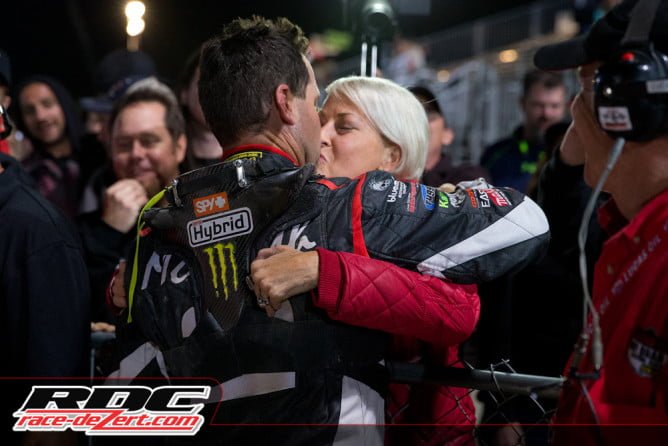 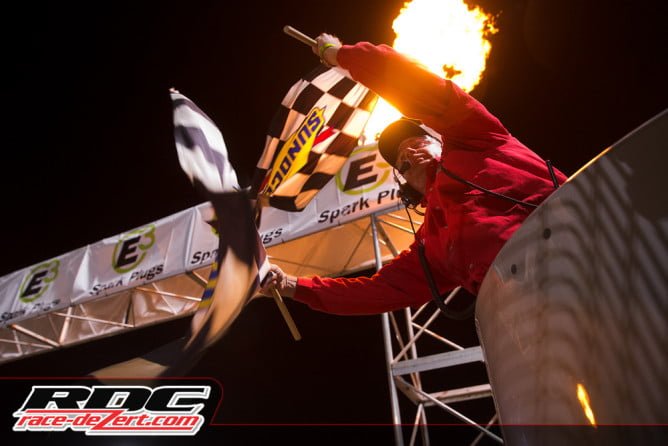 The first weekend of LOORRS is in the books and it is starting off on a high note with some great momentum going into Rounds 3 & 4 next month at the Wildhorse Motorsports Park in Chandler, Arizona.