I’m such a nerd when it comes to Old School off-road racing, ask anyone that knows me. I seriously get gitty about anything that has to do with Vintage desert racing. Case in point, the Heritage Livery Series sponsored by Method Race Wheels. The idea of bringing back an old paint job and making it new again makes my pants angry……uh……sorry……not sorry.

If you were lucky enough to be a desert racing enthusiast in the mid 80’s, then there is no denying the coolness of the Larry Minor Miller American class 8 truck driven by Steve Kelley. That iconic red and white paint job with gold highlights was arguably one of the best looking trucks out in the desert at that time, and also one of the fastest. For those of you not around during this extremely “TOTALLY AWESOME” time (80’s lingo), class 8 was the elite class in off-road racing, it was basically our Trophy Truck class. Do not get me wrong, the unlimited classes were still the fastest and still winning races OVERALL. But the class 8’s were starting to sneak onto the podium. While the unlimited classes were running Type IV’s, Porsche flat 6’s and maybe some one-off Renaults or Mazda engines, they did not quite measure up to the sound of a 500-600hp V8, when they were relentless on the noise. Larry Minor: One of off-road racings original pioneers, Larry Minor was an off roader at heart. It all started in the sand dunes during the late 50’s. When NORRA came around in 1967, Larry was there in a Bill Stroppe prepared Bronco. Bill and his teammate Rod Hall would win the inaugural NORRA Mexican 1000. Larry would move on to drag racing and run highly successful Funny car and top fuel teams. Larry was able to entice Miller Brewing Company to sponsor his drag racing team in 1984. Miller also spilled over into his off-road racing team with himself and Parnelli Jones as the drivers. For the 1985, season Larry would step away from the driver’s seat and focus on the team ownership position. This is where Steve Kelley comes into the picture. Larry would be inducted into the ORMHOF in 2005.

Steve Kelley: Steve started racing around 1972 and by the time the Larry Minor deal came around he had already proven himself as one of the top off-road racing drivers. 1979, would be Steve’s first Championship in class 1 unlimited and then worked his way from the buggies to mini trucks. From 1981-1983, he moved to the top tier group, class 8 with Tommy Morris and then Michael Nesmith in their GMC trucks, scoring a Championship in class 8 in 1982. As Larry Minor was looking for a driver to take over for himself and Parnelli Jones after the 1984 season, Kelley got their attention with his strong runs and finishes in the privateer Timerider class 8. A few other noteworthy guys Minor was looking at was ORMHOF’ers Mark McMillin and Frank “Butch” Arciero. With input from truck builder Jon Nelson, Steve was hired at the end of the 1984 season and Steve would take the class by storm. Winning the very first race he entered at the season finale HDRA Frontier 250. Steve would continue his winning ways at the first race of the 1985 season, the Parker 400. Steve’s inaugural season with Larry Minor would not only crown him the class 8 champion, but also the highly coveted Heavy Metal Championship. Steve would continue to win races in class 8 until the end of the 1987 season, the last year under the Miller American livery.

Truck History: The truck was designed by Walker Evans, Larry Minor and Randy Anderson in 1982. Jon Nelson was one of the lead fabricators working out of Walker Evans race shop. But then was hired away from Walkers race shop by Larry Minor to run the team. The trucks first race would be the 1983, Parker 400. Jon says that the truck was state of the art, built very light with an out-of-the-box prototype thinking in regards to the rear suspension. The design of the rear suspension was due to the frame being used. Rules stated the suspension had to match the chassis so a 1971, Chevrolet chassis was used…. with a coil spring suspension. Jon Nelson stated “Minus the unsprung weight of the leaf springs made for an advantage”. Starting with the 1983, season, Parnelli Jones and Larry Minor would share the driving seat in the truck but with mixed results. Jon said that Minor and Parnelli didn’t really take the racing too seriously and only raced a limited schedule due to their other commitments. Towards the end of the 1984, season Jon convinced Larry that he needed to take this racing seriously as Jon wanted to win….Enter Steve Kelley.

Steve would get a new race truck with a different sponsor for the 1988 season, while the older truck would make an appearance with Larry Minors kids at selective races until it was completely retired in the early 90’s. Sadly, a few years later the truck was sold, cut up and morphed into a long travel prerunner. To make a bad situation worse, the truck competed in a “Jump Contest” and was destroyed after it landed wrong and endo’ed multiple times. The last I heard the truck had been cut up, stripped and thrown away.

The Miller American Oldsmobile: Oldsmobile was a sponsor of Larry’s drag racing team. They wanted a vehicle that represented their slogan “Not your grandfathers Oldsmobile”. Jon Nelson and his team of fabricators built a class 6 vehicle on a Cutlass platform, but basically ran the same suspension as the class 8, only on a shorter wheelbase. To say the car was “squirrely” would be putting it mildly according to Nelson but it was EXTREMELY FAST. A few of the drivers over the years were Al Arciero, Chris Robinson, Evan Evans and Chris Minor. That race car suffered almost the same fate as the class 8 as it endo’ed during a race and was almost completely destroyed. Rumor has it that it sits in a storage container somewhere in Southern California, in three different pieces. Also like the class 8 truck, the Olds would rack up some wins of its own and was always a crowd favorite.

They say imitation is the greatest form of flattery. Well, during the 50th running of the Baja 1000 Cody Swanty wanted a throwback paint job for his Pro Truck and it was decided that the Miller American paint job would do just the trick.
It’s a welcomed sight to see old livery’s comeback and grace the bodies of new race vehicles. I believe it is a wonderful tribute to our sport that we have all grown to love. Also welcomed is the fact that Steve Kelley was recently voted into the Off Road Motorsports Hall Of Fame and will be inducted on October 30th at the South Point Casino in Las Vegas. I can’t wait to see which throwback livery shows up next…. What livery would you like to see? 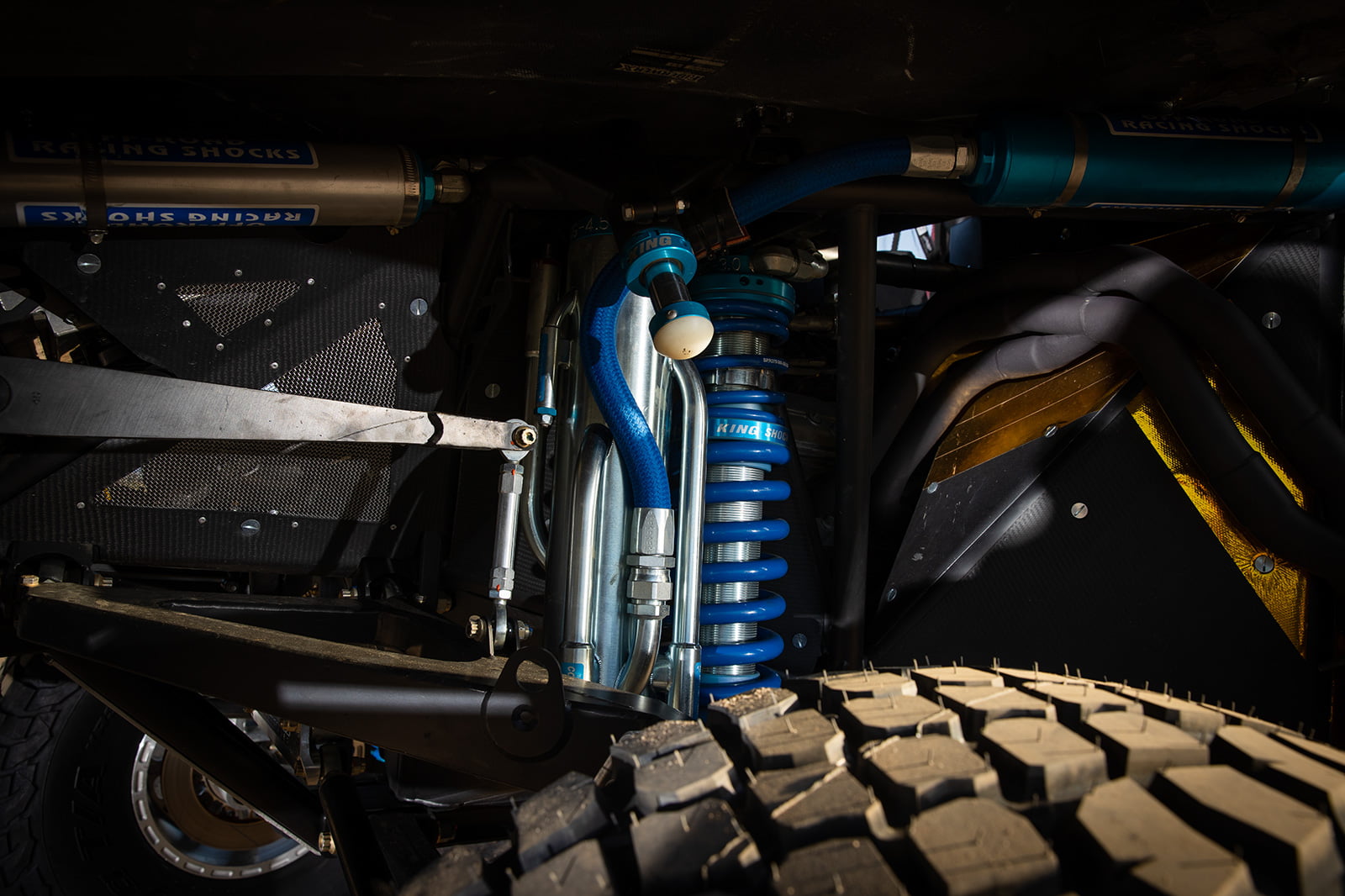