Metro Motorsports heads to the longest off road race in the United States – race-deZert.com

On the eve of the longest off road race in the United States, Jeff Proctor will lead the Metro Motorsports team to the Nevada desert in an attempt to endure and conquer the harshest terrain that Nevada has to offer; the Best In The Desert “Vegas to Reno”.

Located just outside of Mesquite Nevada in a little town called Beatty, over 300 competitors will take the green flag testing fate and preparation in order to tackle the 535 miles that Vegas to Reno has to offer.  At the helm of the Metro Motorsports TrophyLite will be that of Jeff Proctor and Kevin Davis.  Proctor and Davis have collaborated with the Metro Motorsports crew for months in an attempt to optimize fuel strategy, driver endurance, and vehicle preservation. 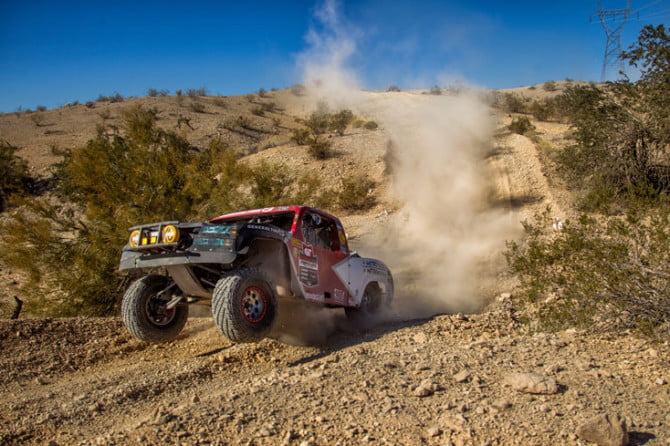 “We have been working on this race since the beginning of the year, it’s by far one of the largest races for us.  Our pit strategy is key to winning this race.  We have gone through every scenario that could possibly take place and I believe that we have the right tools and the right crew to make the 2014 Vegas To Reno a success for Metro Motorsports”.  Jeff Proctor went on to say, “I have been conditioning myself for the past month or so, with temperatures exceeding the triple digits one minor oversight could potentially be very dangerous.”

Riding along side Proctor calling out cautions and making any necessary repairs will be that of Jason Rivera.  Deemed “the trunk monkey”, Rivera has a knack for field repairs making sure the Metro Motorsports TrophyLite makes it home safely. 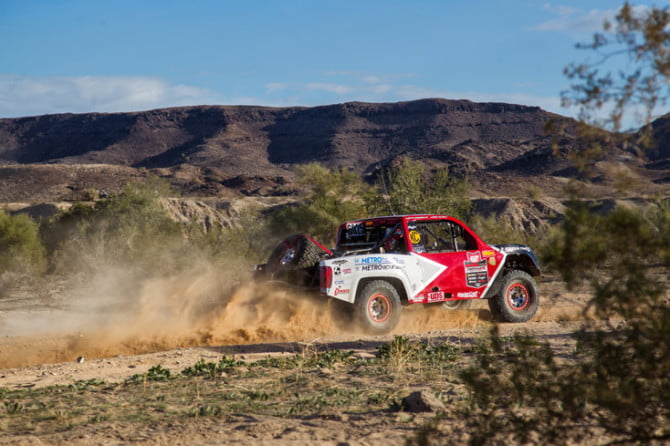 “Our motto for this race is to make time by not losing time.  Its something that has stuck with me and I truly believe that its my job as a co-rider to make sure we get to the finish without any major downtime” commented Rivera.

Kevin Davis and Justin Grossmann will handle the middle section of the 535-mile trek giving Proctor and Rivera a much-needed break and the opportunity to refuel before they reenter the Metro Motorsports TrophyLite later into the night.  Davis and Grossman will not only hand the wheel back to Proctor and Rivera after their driving stint in pure darkness but they will also start their journey in darkness as well. 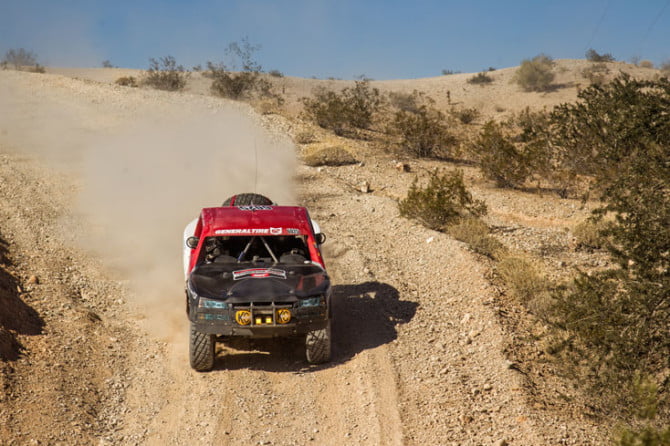 The Metro Motorsports crew has had their fair share of up’s and down’s in the 2014 season and with a little luck the Best In The Desert Vegas To Reno could be just the tipping point that the team needs in order to win a championship. 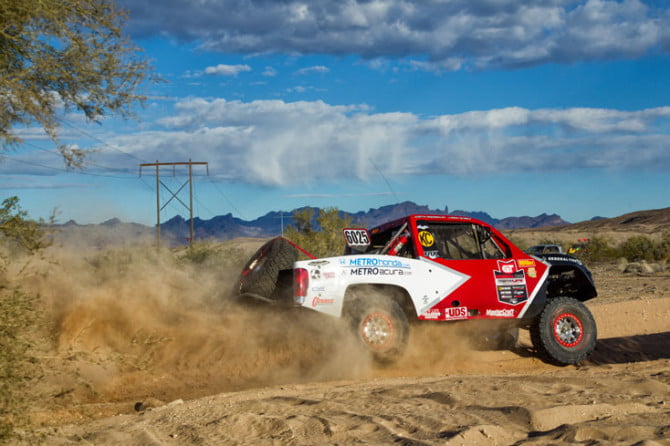 The Metro Motorsports TrophyLite anticipates reaching the finish line in Carson City Nevada just after midnight early Saturday morning.  Barring any major downtime or unforeseen issues as the Metro Motorsports TrophyLite attempts to tame the longest off road race in the United States, we will see you all at the finish line in Carson City!