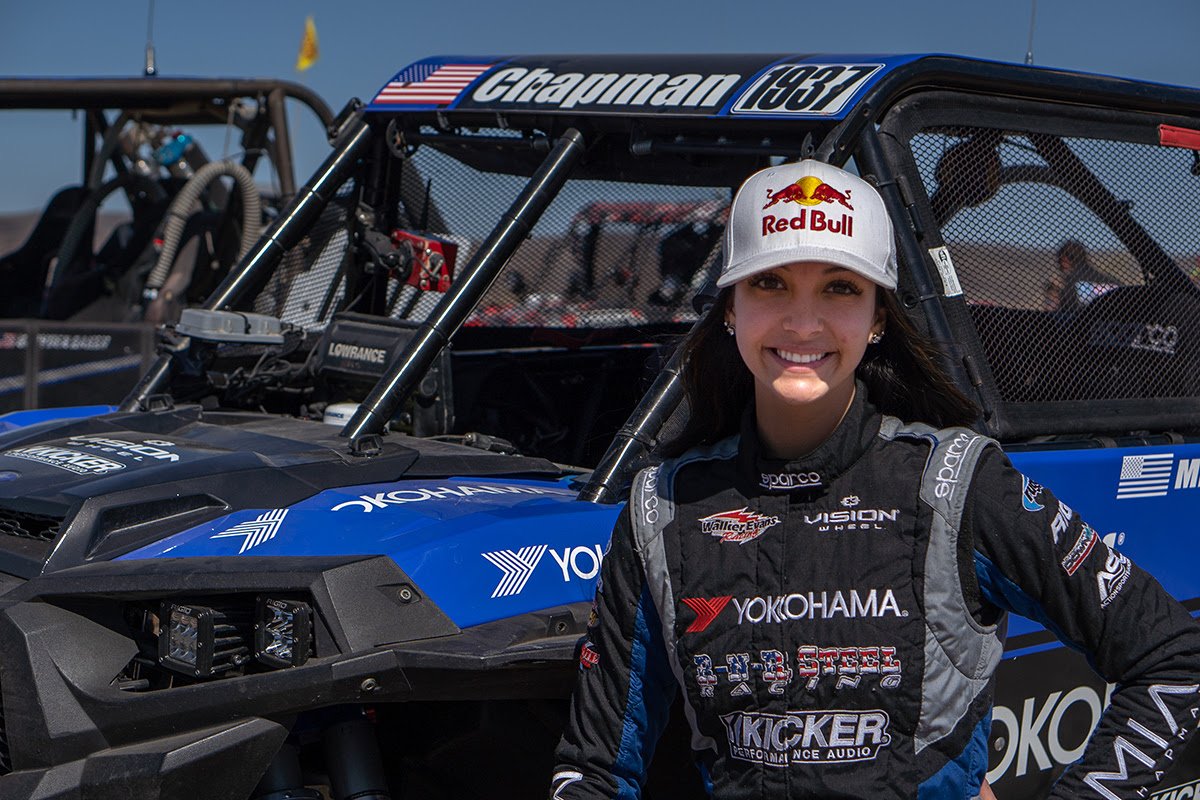 Professional off-road racer and Red Bull athlete Mia Chapman continues her second season of desert racing this weekend at the Best in the Desert Silver State 300, returning to action with the #1937 Polaris RZR in the UTV Pro NA class. After clawing her way to a 13th place finish in her season debut at the Parker 250 in February, Chapman heads into a new challenge at Silver State with her sights set on continually getting faster.
“Making the switch to desert racing has been an exciting adventure for me, and I’m looking forward to getting back in the car this weekend at Silver State,” said Chapman. “My two races at Parker over the past two years were different like night and day, and it’s been amazing to come this far this quickly. I’m ready to take those lessons learned and keep pushing the pace this weekend, because I think we’ve got some big results coming!”
Chapman’s second Parker 250 start saw her go two-for-two on making it to the finish line in the BITD season opener, after completing the whole race on her debut in 2020 as well. Unlike her rookie attempt, which saw her lose all-wheel drive on the final lap of the race, things were much cleaner this time around. Chapman’s Yokohama tires held up through the entire rough terrain and any mechanical issues encountered along the way weren’t enough to knock her out of action. Her perseverance in the face of many other top names taking DNFs was enough for her to improve seven finishing spots from the previous year.
At Silver State, Chapman will roll off 11th in the UTV Pro NA field thanks to her finish in Parker. She’ll face off against 27 other entries in the division this time around, marking the second race in a row with more than two dozen Pro NA entries. Racing action for the car, truck, and UTV classes starts on 10AM on Saturday, with a challenging 278-mile course outlined for the racers.
Mia Chapman is supported by Red Bull, R-N-R Steel, Yokohama, Kicker Performance Audio, Walker Evans Racing, Vision Wheel, Rigid Industries, Jim Beaver’s Down & Dirty Show Powered By Polaris RZR, Action Sports Canopies, Muzzys, Sparco, DynoJet, AiM Sports, Xtreme Racing Fabrication, and Rugged Radios. For more information on Mia Chapman and her off-road racing career, visit www.miachapman.com or follow Mia on Facebook, Twitter, and Instagram.