Milk-N-It Motorsports Looks Forward to a Break Out Season In 2013 – race-deZert.com 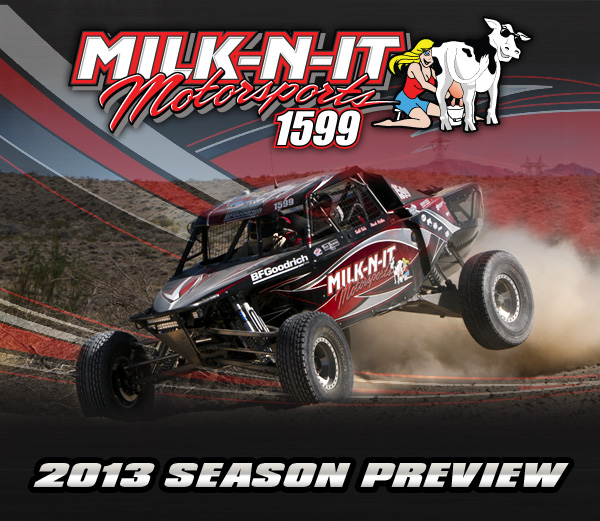 After a tough season in 2012, Todd Tuls and the Milk-N-It Motorsports team is looking forward to racing for a class 1500 championship in the Best in the Desert series in 2013. Ask anyone who has experienced the ups and downs of building a competitive race team from scratch, it’s a huge undertaking. The team has made huge strides getting their 580 horsepower Jimco Champion class 1500 car sorted out.

“We spent a lot of time fixing the little gremlins that pop up,” said Todd Tuls, “You can spend hours testing and still not put the car through the punishment you see in the race. Unfortunately, when you have issues during the race it really sets you back. A dnf, (did not finish) hurts you in the points but it also takes seat time away and doesn’t allow you to figure out the total logistics for that race. You can’t know how hard to push the car or how well the crew will perform until you actually get out there and do it. We were running comfortably in third place at the Baja 1000. Things were going well until co-driver Mark Johnson hit a bad spot and rolled the car over. That might have ended our day back when we started racing but we got the car going again and made it to the finish.” 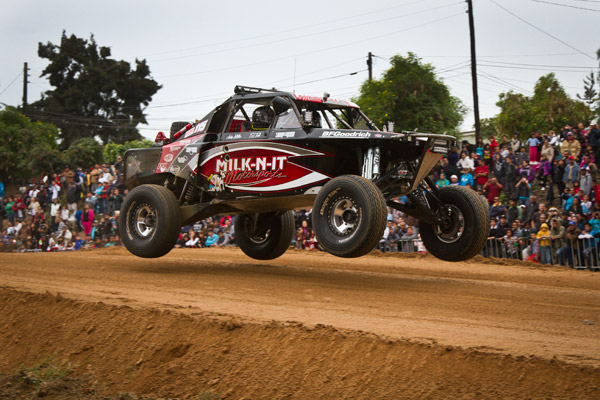 One reason they were able to continue at the 1000 was the great prep job done by Stewart’s Raceworks. Milk-N-It Motorsports will be relying on their expert guidance in 2013. Josh Bull and Miguel Flores of Stewart’s Raceworks will be at the races helping out where they can. “We are proud of the progress we’ve made as a team,” says Todd, “We finally have the car where we want it and Don Griswold has sorted out the critical race logistics and crew duties. Weddle Industries has done great work with our transmission and our FOX shocks, BF Goodrich tires, BTR wheels and Brembo brakes have never let us down. Coming from a motocross background where you don’t often race in the darkness, Rigid Industries LED lighting has really been a great sponsor for us. Not only do we run their lights on our racecars but also on the chase trucks. We are hoping this year we can use all that we’ve learned and turn our luck around.” 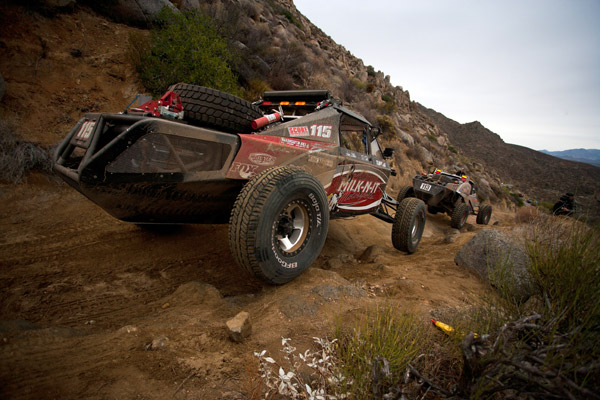 The Milk-N-It Motorsports team will be running the Best in the Desert racing series this year as well as some additional events when time allows. Todd and son TJ will be the primary driving team with Mark Miller and his son Jake helping when needed at the longer races. Their season begins at the Blue Water, Parker 425 in Parker, Arizona February 1-3. At the first race of the season, everyone will be looking to get good results and make a statement to the other teams. It will be an exciting race on the tough Parker course; don’t miss it!

About Milk-N-Motorsports
Milk-N-It Motorsports was formed when longtime motorcycle racers and friends Todd Tuls and Mark Miller wanted to share the rewards and tribulations of racing with their 19 year old sons TJ and Jake. The two dads know nothing compares to off-road racing for teaching the importance of hard work and perseverance; two important keys to success in life. The family centric team prides itself on their professionalism and commitment to winning. Visit www.milknitmotorsports.com for more information.