For the second year in a row Mitch Guthrie Jr. took home the win at the Canam King of the Hammers UTV Race Presented by HCR. Not only did Guthrie Jr. win the race he did so in dominating fashion beating second place by 27 minutes. 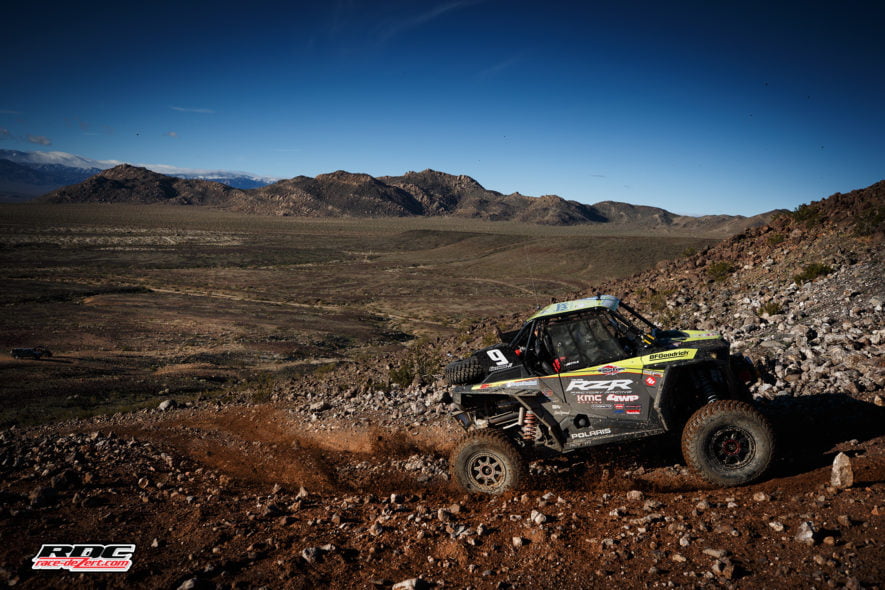 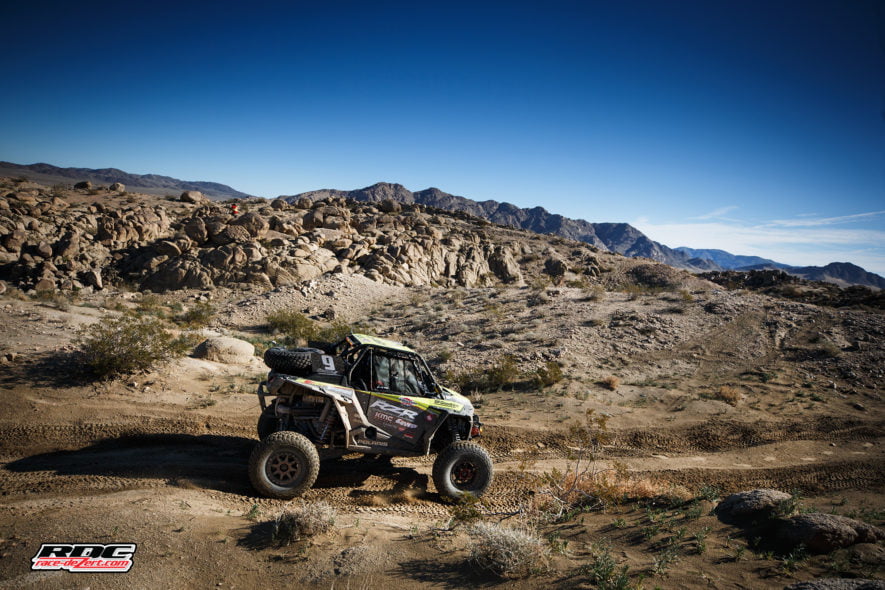 Brandon Sims came in second place but after reviewing all the VCP’s on course it was concluded that he missed on on Hwy 19/20 which gave him a 5 minutes penalty bumping him down to third. After the race Dave Cole commented how it was purely accidental and Sims handled the situation like a professional. 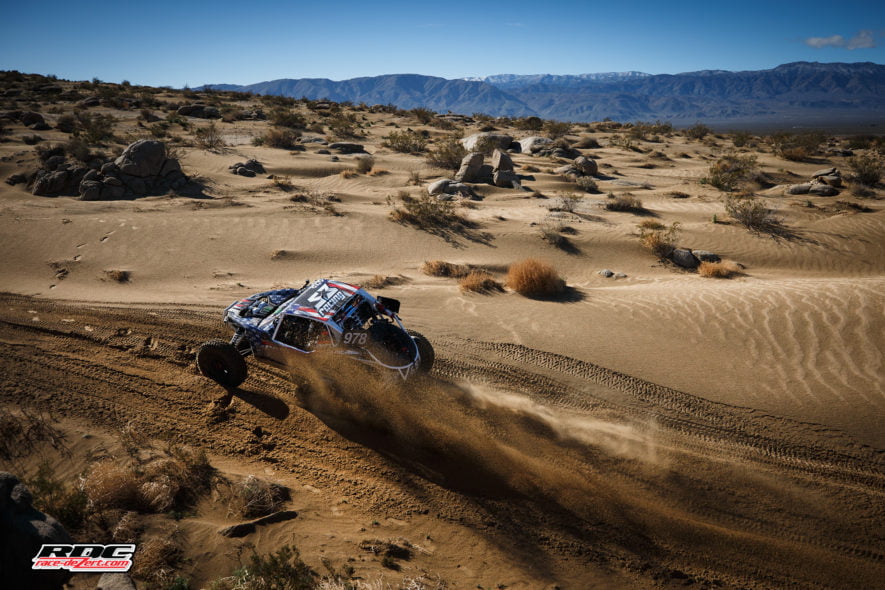 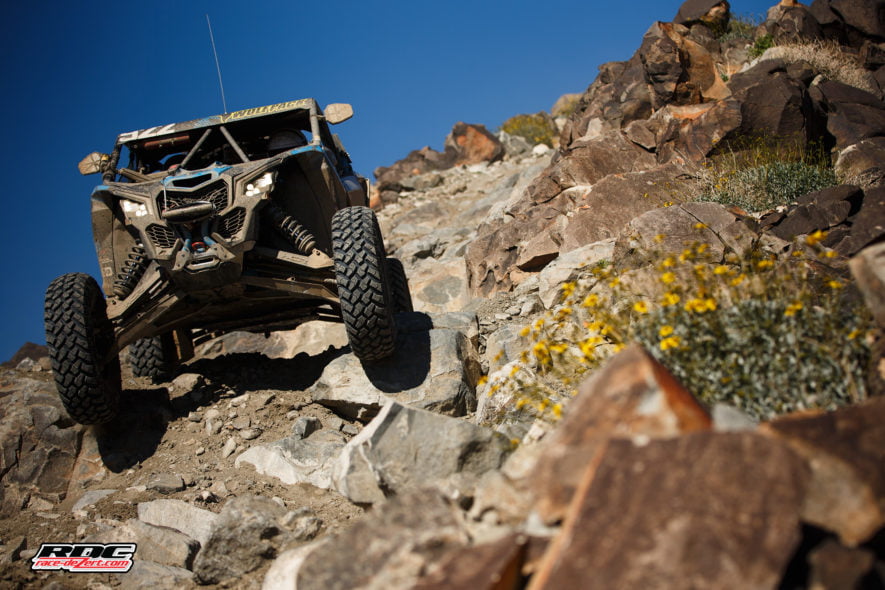 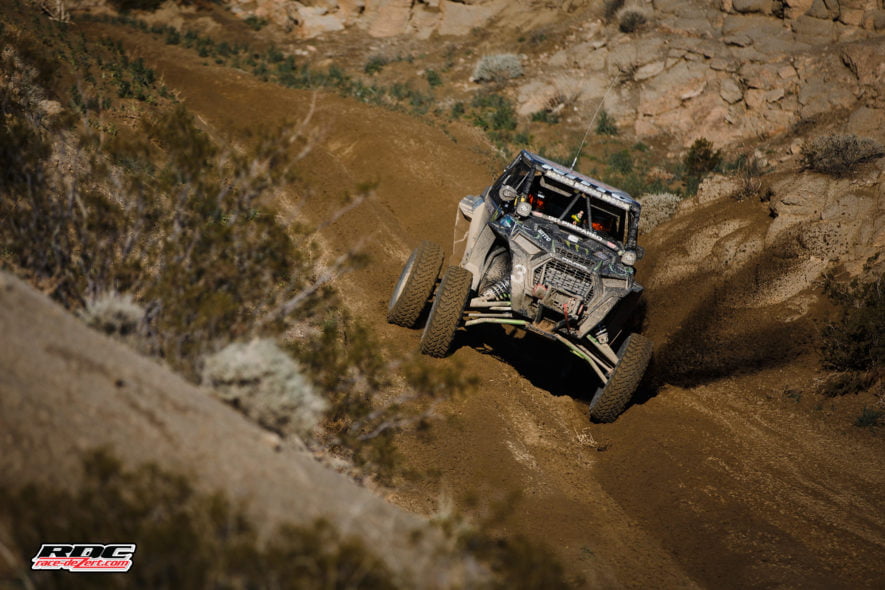 With the penalty second place then went to Wayland Campbell who had finished with a time of 5 Hours 20 Minutes and 9 seconds. Rounding out the top five were Shannon Campbell and Evan Engelhardt. 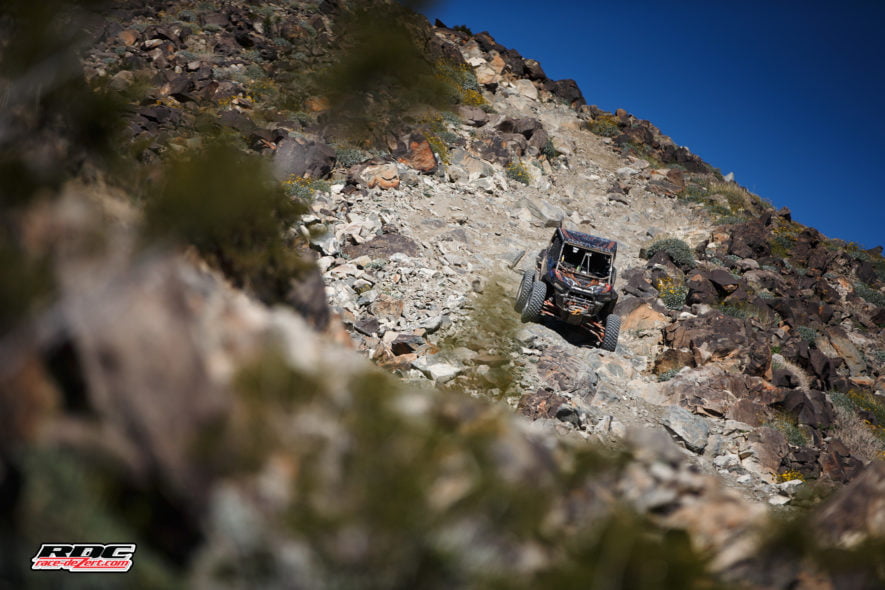 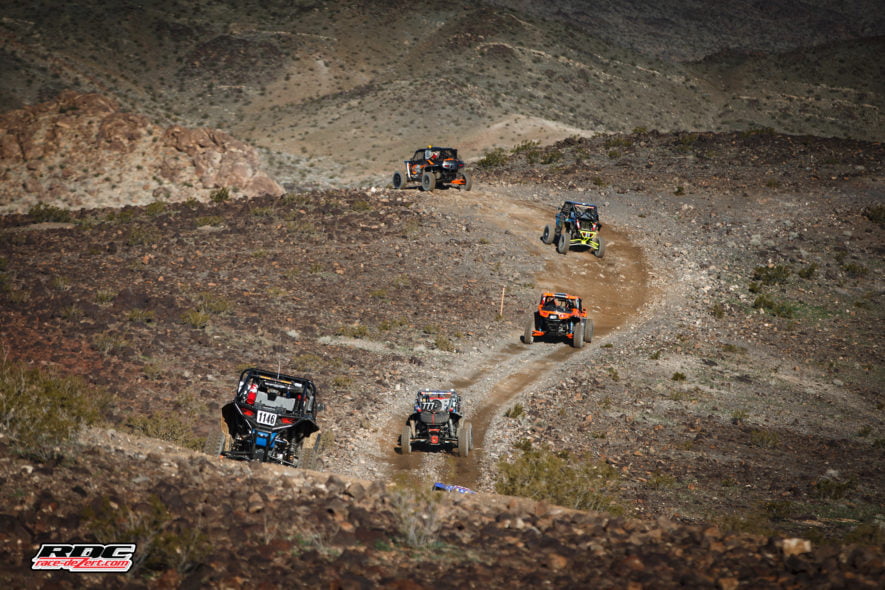 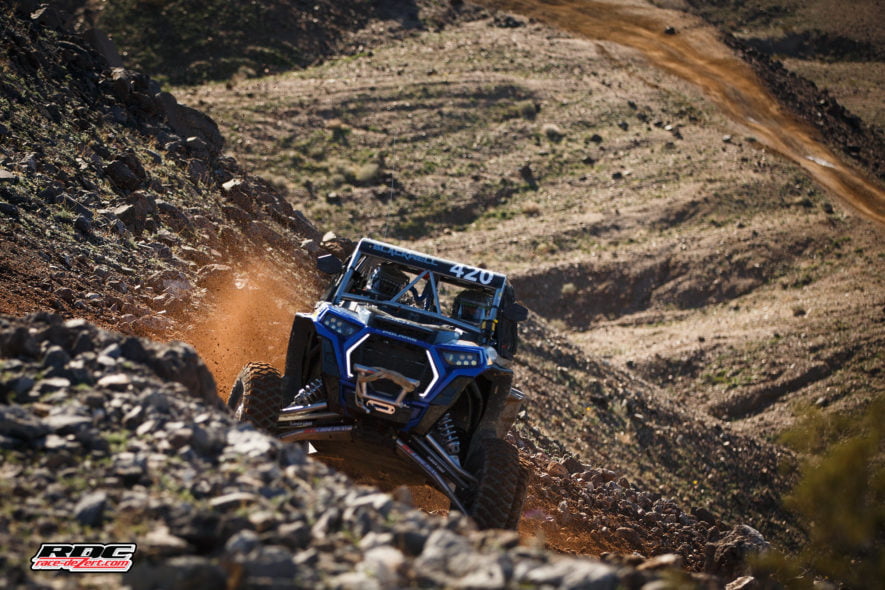 The race was definitely won in the rocks for Guthrie Jr. as early on the first lap which was mainly in the desert, Phil Burton and Kyle Chaney moved ahead of Guthrie Jr. As the race went on drivers started settling in to track positions and coming back into Hammertown Mitch was back up front. From there is clicked it into another gear as each rock obstacle he gained more and more time against Burton. 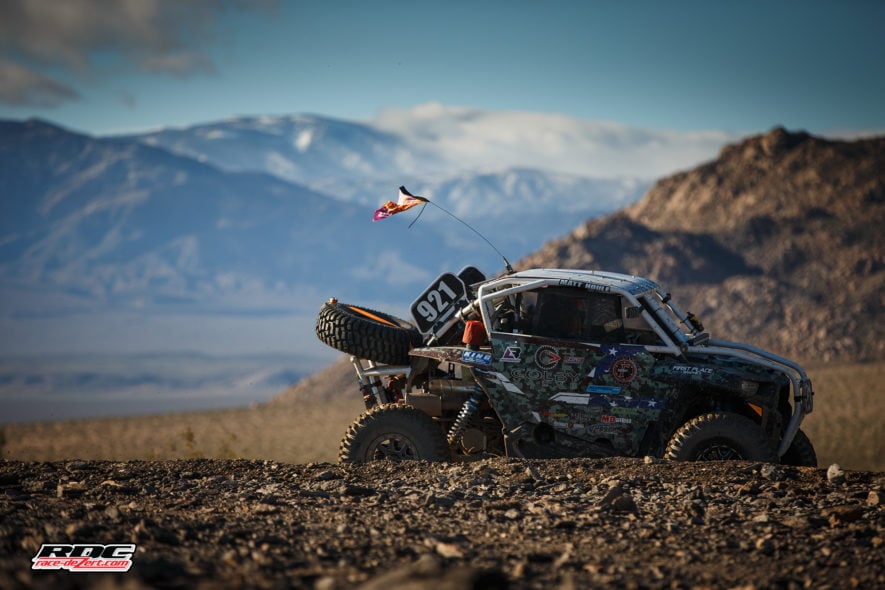 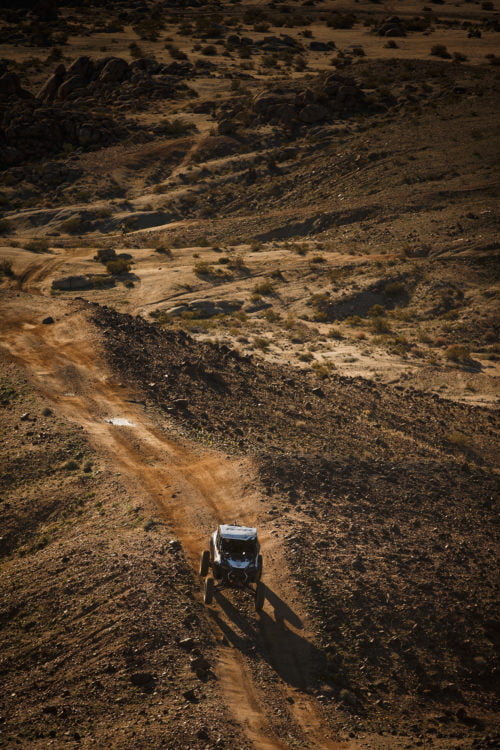 A mechanical slowed Burton down which let Sims move into next closest but he had no answer for the young veteran of the rocks who crossed. Learning from his father Mitch Sr., who’s won the race more then any other driver, Guthrie has seemed to pass the torch to his son. 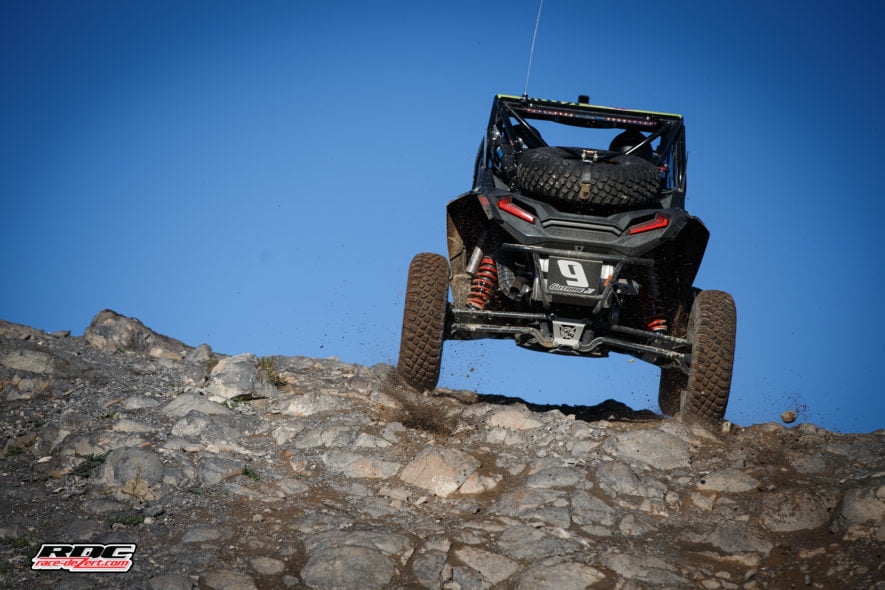