In front of thousands of cheering spectators and millions of TV viewers, European RallyCross standout Liam Doran dominated the Head-to-Head rally race to walk away with a gold medal. The field was stacked and the competition was intense, but the young RallyCross start brought his A-game and wielded his Monster Energy C4 Citroën like a seasoned veteran.

Set partially on the streets of LA just in front of the Staples Center, the rally course was a combination of tarmac, dirt and gravel, making tire selection and suspension set up critical. The racing was a head to head competition pitting two cars against each other in single elimination rounds. 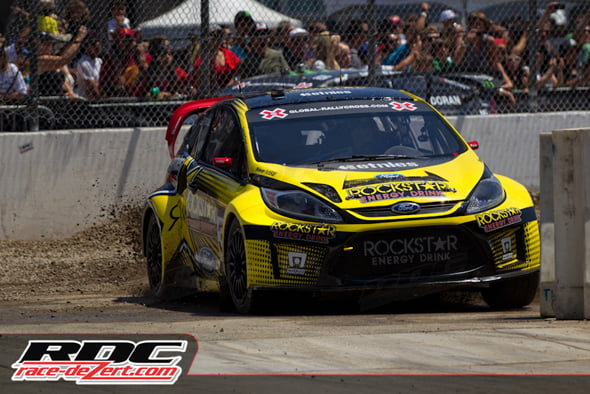 Liam advanced his way up the bracket beating both new comers as well as last year’s X Games Gold medalist Tanner Foust. In the final round Liam was faced up against WRC champion Grönholm for a best of 3 competition. Liam bested the rally legend beating him two rounds one after the other in dominating fashion.

“It feels amazing to win my first event at my first ever X Games! I am just super excited to be here competing. I can’t wait to get back out there tomorrow, RallyCross is my event!” stated Liam. 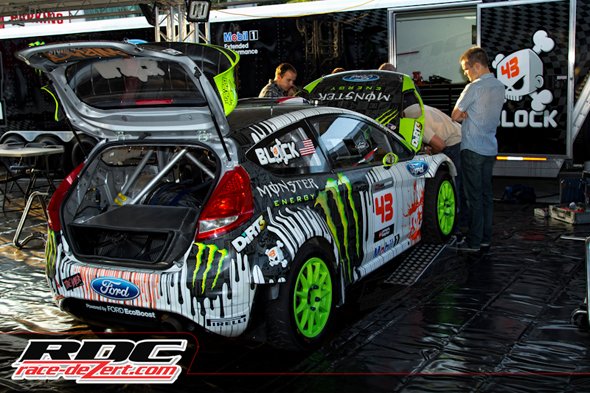 Liam’s Monster Energy teammate and hooning king Ken Block ran into mechanical issues in practice but still managing to qualify. His mechanical issues worsened however during seeding and ultimately was forced to withdraw with a blown engine. Ken will be back with a newly prepped car to compete alongside Liam in RallyCross tomorrow at 2pm pacific.