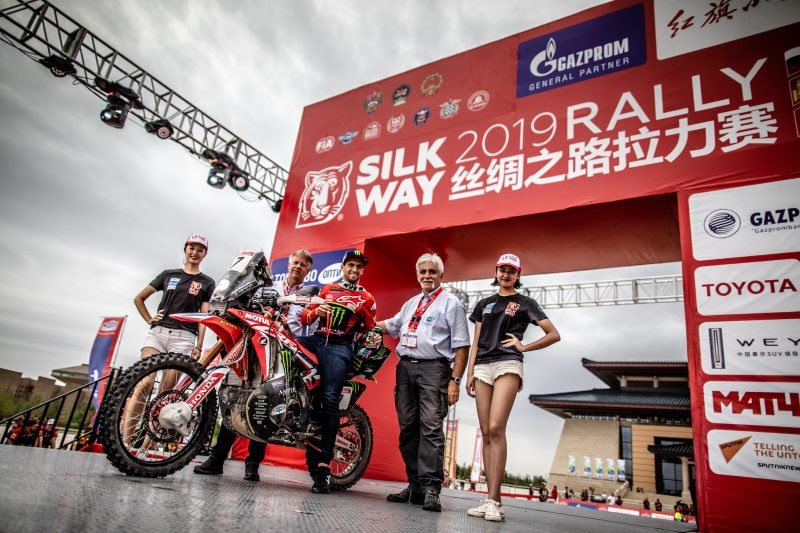 The Silk Way Rally, the second round of the FIM Cross-Country Rallies World Championship, has concluded in Dunhuang, China, with all three of the Monster Energy Honda Team trio crossing the finish-line after more than 5,000 kilometres of rally.

The Silk Way Rally came to an end in Dunghuang some ten days after getting underway in the Russian city of Irkutsk and crossing from the north to the south of Mongolia on the maiden appearance of the motorcycle category in the competition. En route competitors had to deal with nine stages packed with a multitude of terrain types on territory as yet unchartered for the most of the bikers involved. All three Monster Energy Honda Team riders managed to make it to the end of the rough ordeal. The arduous 5,000 km slog brings a wealth of experience to each of the riders as well as producing some crucial information that will help to further develop the Honda CRF450 RALLY.

Kevin Benavides, who took fourth overall place in the rally, also snatched four stage victories to become the rider with most wins in the special timed stages. In spite of having shown some serious on-track clout, the Argentinean fell foul of a note of the roadbook misinterpreted which effectively curtailed chances of overall victory.

Joan Barreda’s fall while in contention with the front-runners likewise ruled the Spaniard out of the battle for the final glory. Barreda displayed high-speed and showed fine race pace throughout the rally and, over various stages, held top positions for lengthy stretches.

Chilean rider José Ignacio was also demonstrating improved handling, in spite of some of the adverse conditions on the Russian routes. Nevertheless the rider was progressing in leaps and bounds until a penalization put paid to chances of finishing among the top guns.

“It was a tough race for everyone – outlined Monster Energy Honda Team’s Sporting Director, Ruben Faria. This was a new date in the calendar and a brand new adventure as we faced three unknown countries with different languages. It really was a great adventure for everyone involved. It didn’t turn out to be the result that we were looking for but we did manage to finish the rally with all three of the bikes and all the riders made it to the end without any physical problems which is also important. The next race will be the Atacama Rally and hopefully the luck that was missing in this race will accompany us in that one. We have learnt a lot from this race and we will keep working so that things go even better in Chile.”

The next race for the Monster Energy Honda Team will be the Atacama Rally. The third round of the FIM Cross-Country Rallies World Championship will have the Chilean city of Copiapó as its nerve-centre. Riders can expect a curtain-raising prologue and five stages from 2nd to 7th September.

Videos
These videos are available on YouTube or Vimeo although may be unlisted. 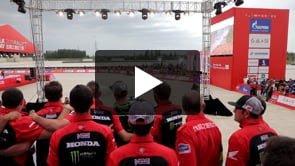