Word out of Ensenada, Mexico, yesterday was that the 44th running of the Tecate SCORE Baja 1,000 was – flat out – the most grueling Baja event in recent years, quite possibly the past decade.

And handling all that the legendary Baja 1,000 could hand out was Monster Energy/BF Goodrich/Terrible Herbst Motorsports team’s Troy Herbst and Ryan Arciero, grinding hard down – and back up – the Baja Peninsula to place a respectable 8th in the 33-entry SCORE Baja 1,000 Trophy Truck field.

“That was certainly a tough 1,000,” said Herbst following the race. “We did everything we possibly could in preparing for this great race. Had a couple unfortunate things happen – which can be expected at Baja – and that’s pretty much was the difference between 8th place and a possible podium finish for the Monster Energy/BF Goodrich/Terrible Herbst Motorsports team. 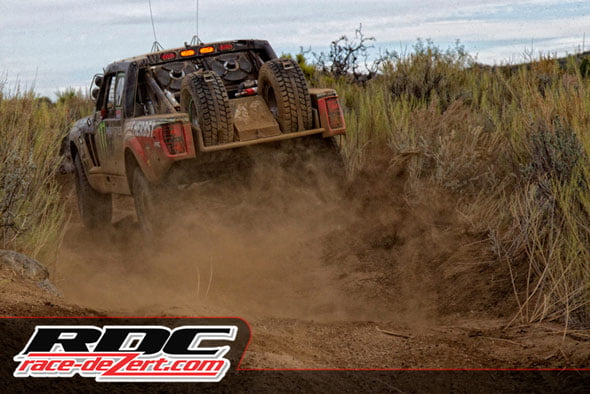 “All-in-all it was a great weekend of racing at Baja and I’m extremely proud of our team’s effort.”

A bit of an auspicious start for the 2011 Tecate SCORE Baja 1,000 as, during the Trophy Truck class’ timed launch, a local’s semi-tractor and trailer jackknifed on the course about four miles out from the start. All sorts of chaos ensued as the rest of the class race starts were delayed by nearly two hours.

So with the course completely blocked, race organizer Sal Fish – in some quick thinking – hopped in his SCORE vehicle and led the remaining Trophy Trucks out to the site of the accident, then had everyone restart from there. Problem solved! 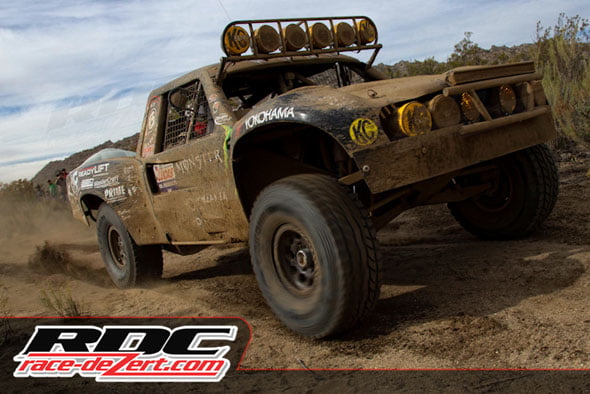 Herbst and the Monster Energy/BF Goodrich/Terrible Herbst Motorsports team was running well up until about 100 miles were remaining in the some 600-mile contest when they suffered, according to radio reports, a tire puncture. The ensuing pit stop for fuel would also include replacing the tire, but valuable time was lost earlier on account of Herbst racing a portion of Baja on only three good tires. All fixed, the No. 49 truck blasted back out into the dark and dusty Mexican desert night and back through to the finish north towards Ensenada.

For Steele it was “just the little problems,” he pointed out at the finish line that held him back from a better finish at Baja. “It’s gratifying to know you got here to the finish – but heartbreaking to know you weren’t the guy that got here first,” he said.

For the seventh-straight year cameras from NBC’s “World of Adventure” were on hand to cover the action of the 44th running of the Baja 1,000, with broadcasts coming at a later date on NBC Sports Cable (formerly Versus) and ESPN International.

In addition, Mad Media was out in full force to cover the Baja 1,000 for Monster Energy and their thrilling video documentation of the event can be seen on www.race-dezert.com  Note: Herbst’s and Steele’s 8th and 11th place finishes, respectively, are unofficial as of this printing.