There were more than just bragging rights on the line coming into the TransWest Ford Henderson 250.  This was the final Best In The Desert (BITD) race of the season, and with double points for the race it would be the deciding factor for the season championship.  As the defending champion, Monster Energy Off-Road Team’s “Ballistic” BJ Baldwin had a bull’s eye on his back all season.  While he has been blistering fast and dominated at the General Tire Mint 400, he has not won a BITD or SCORE race this season.  It was quite a change from when BJ won the SCORE season championship in 2006 and made it look easy in the process. 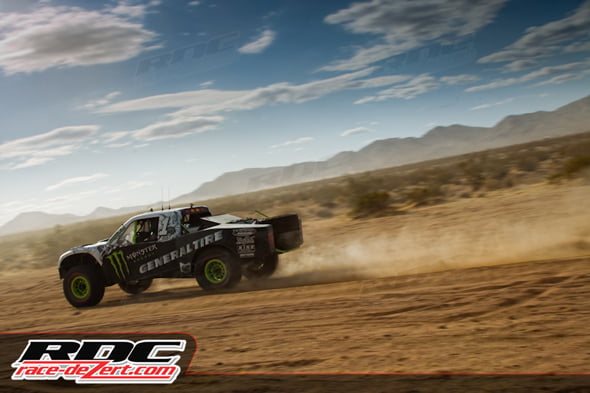 This season was a test of BJ’s character, and he rose to the challenge.  After qualifying fourth overall and second in Trick Truck (Class 1400) for Henderson, BJ left the line in his Monster Energy / General Tires truck like it was shot out of a cannon.  The points race was a close one, and BJ wanted to open up the gap on the competition.  Unfortunately a rogue rock on the course opened up Baldwin’s driveline instead, and he had to limp to the next pit in order to change the driveline.  Forty minutes were lost before BJ was back on course and the opportunity for victory looked slim. 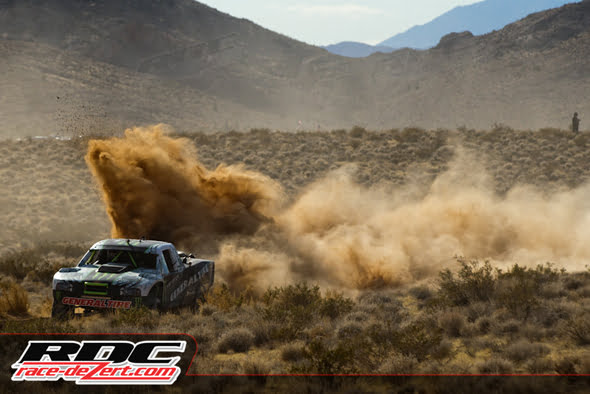 Still, Baldwin never gave up.  His sixth place finish in the 1400 Class was enough to ensure that “Ballistic” BJ Baldwin’s Monster Energy / General Tires truck will wear the No. 1 plate next season.  It was the most closely contested Trick Truck championship in recent memory, with mere points separating Baldwin from the two nearest competitors when the dust settled.  “There was some controversy about the times, and sometimes decisions go your way and sometimes they don’t.” BJ shared on Saturday night.  “I know what it is like to be on the losing end of a decision and it sucks.  I don’t want to take anything away from Steve Strobel, he had a great season.” 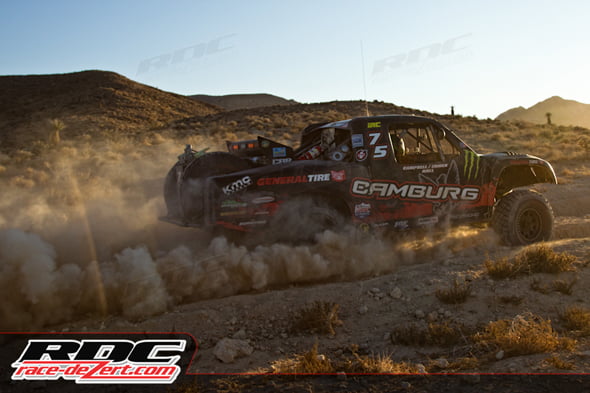 Baldwin’s Monster Energy Off-Road Teammates Jerry Zaiden and Jerry Whelchel also had reason to celebrate.  Their weekend in Henderson was off to a rough start when Whelchel rolled the No. 75 Camburg Racing-built truck in qualifying.  Fortunately neither the truck nor the driver were injured, although the Monster Energy / General Tires truck was forced to start way back at 36th in class, ruling out any opportunities for clean air.  Like Baldwin, “quit” is not in the vocabulary for Jerry and Jerry.  They pushed past the competition to finish eighth overall and third in Trick Truck, taking home the first podium finish for the Camburg Racing Trick Truck.  “When we finished fourth at Vegas to Reno it proved that we have what it takes to be competitive,” Zaiden commented after the race.  “Our Monster Energy / General Tires team did an outstanding job and showed what we are capable of when the chips are down.”

D
Kilian Hamlin
BJ! BJ! BJ!ITS BS!! BS! BS! ITS ALL RIGGED Don't say any thing about the race team the smoked him!! Maybe you guys should reward drivers that win races with more points like nascar does...
Well yeah.. It's always by "Casey's discretion"