Monster Energy turns up the heat in Lake Elsinore, California for rounds 3 & 4 of the Lucas Oil Off Road Racing Series.  With temperatures reaching the triple digits, the competition was no match for the Monster Energy off-road race team. 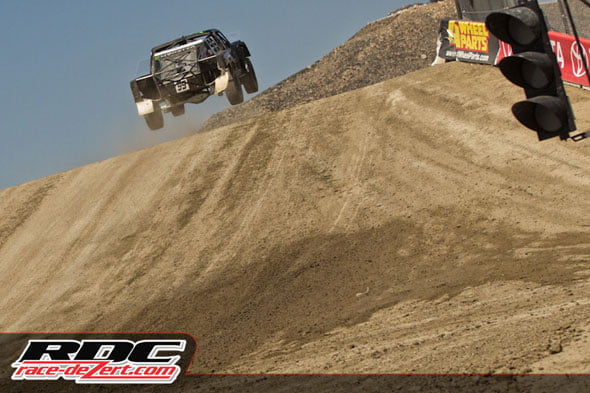 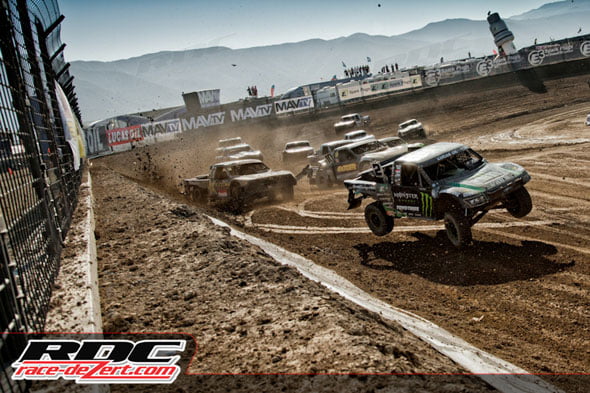 The Pro 2 Unlimited class saw action from eighteen of the most talented short course racers in the industry.  Monster Energy athlete and seven time national AMA Supercross champion Jeremy “Showtime” McGrath and Freestyle Motocross gold medalist Jeremy “Twitch” Stenberg came out of the gates with guns a blazing.  While unsuccessful of making the podium in rounds 3 & 4, both McGrath and Stenberg had their fair share of success.  McGrath was spun out from behind not once, but twice in round four, leaving him at the back of the pack as they came into the half waypoint of the race.  Along with McGrath, Jeremy “Twitch” Stenberg also got the raw end of the deal when another competitor was spun into him, causing him to lose several positions going into the mandatory caution.  When the green flag dropped for the second half of the race it was 110% full throttle, door banging, roost throwing action for both McGrath and Stenberg as they beat their way to the front of the pack.  McGrath and Stenberg were both able to salvage a top ten finish, keeping them firmly planted in the top ten in Championship points standings going into rounds 5 & 6. 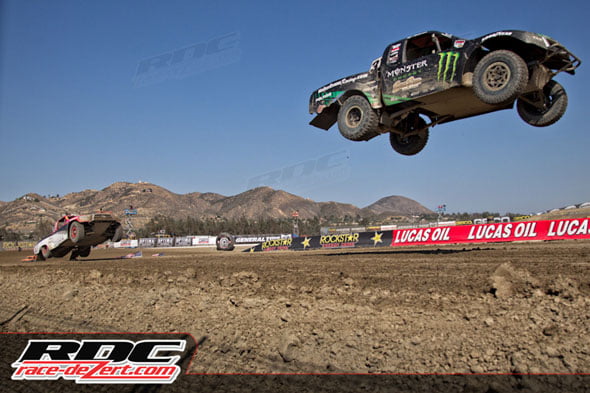 The heat continued in the Pro Lite Unlimited division as Monster Energy athletes Casey Currie, Shannon Campbell, and RJ Anderson relentlessly pressured the reigning champ, Brian Deegan.  Deegan was no match for the trio as the reigning champ was unable to finish due to a blown motor.   While Anderson stood on the top of the podium for a first and second place victory, Currie and Campbell battled the largest field of the weekend and were able to salvage themselves some very solid points.  They are considered to be two of the top contenders in the Championship points race along with RJ Anderson.

Long time Monster Energy Drink athlete Cameron “PAB” Steele put on a clinic in the Pro Buggy Unlimited class in round three of the Lucas Oil Off Road Racing Series.  Although Steele qualified 6th in round three, it was a well played game of possum as Steele was able to gamble just enough to put him on the front row due to a six position inversion.  Steele led the entire field into the halfway point where it seemed as though it was Steele’s race to lose.  Pulling into the mandatory caution/pit stop, the Monster Energy Stronghold team made little to no adjustments to the Pro Buggy Unlimited  #16.  It was all up to Steele going into the second half of the race.  With just two laps remaining, Steele found himself at the mercy of another competitor, as he was able to push just hard enough to sneak past Steele.  In true “PAB” fashion, the competitor was no match for Steele.  On the final lap going into the checkered flag, Steele was able to regain the lead and cross the finish line in first place with plenty of room to spare. 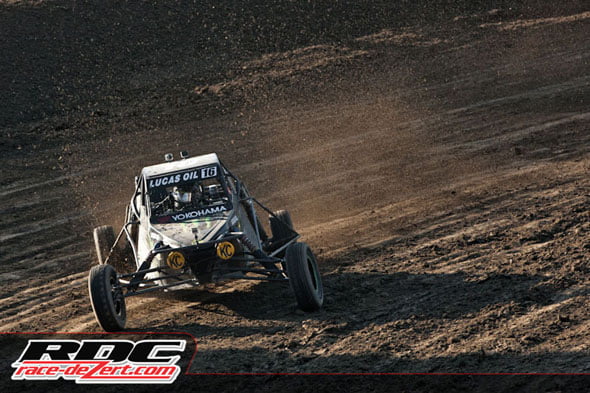 Round four saw many ups and downs for Steele as he battled for the third place position throughout most of the race.  With just under four laps remaining, another competitor got into the back of Steele’s Monster Energy #16 causing exhaust tubes to get crushed into the motors belt system, thus loosing significant low end power out of his Kroyer Motor.  Steele was able to push the #16 to the bitter end and salvage some very important championship points finishing round four in sixth place.

The Monster Energy off-road racing team was able to walk away with six top five finishes and three first place victories.The heat will continue to rise as the Lucas Oil Off Road Racing Series heads into Surprise Arizona for rounds 5 & 6 on May 19th and 20th.  You can already feel the heat rising!