The Baja 500 is the well-known little brother to the notorious Baja 1000. The race is a loop starting and ending out of Ensenada, Mexico. The course starts by racing through the famous wash surrounded by tens of thousands of spectators and rockets out to the giant rolling jumps at Ojos Negros. From there the racers battle against silt beds, rocky washes, high speed rally roads, massive whoop sections, and even have to climb over the summit of a mountain that’s over 12,000 feet. Just finishing the race is an accomplishment in itself. 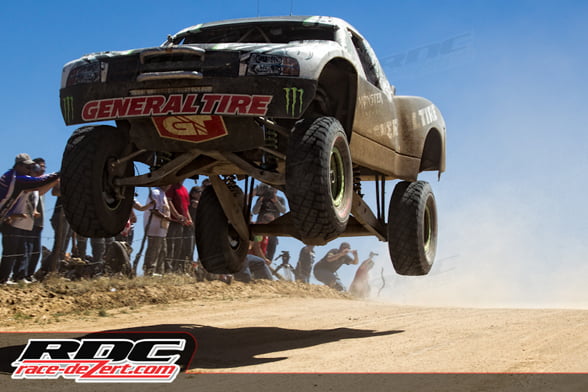 The Trophy Trucks were first off the line thundering through the streets of Ensenada, followed by Class 1 and then Class 6 trucks. “Ballistic” BJ Baldwin lived up to his name passing over 14 vehicles and taking the lead on time in less than half of the race in the number 97 Monster Energy/General Tire Trophy Truck. The lead however was short lived, as an electrical issue would stop him. “We tried everything! We pretty much re-wired the car in the desert. It’s super frustrating! We spent a lot of time pre-running and even thought we had a bad start position I felt like we could win this one,” stated BJ.

The team of Troy Herbst and Ryan Arciero had a rough day when at race mile 70 they broke a rear coil spring sending them crashing into a concrete wall. The vehicle was so damaged at that point it was only a matter of time before the wounded number 49 Herbst/ Monster Energy Trophy Truck would break beyond repair. Troy pushed the vehicle to its absolute limit finishing it off near race mile 350. 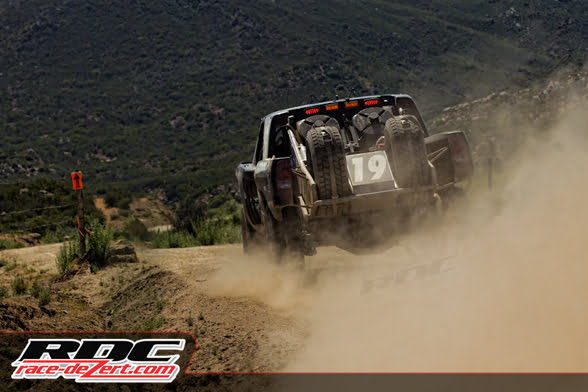 The team of Tim Herbst and Larry Roesler in the number 19 Herbst/ Monster Energy Trophy Truck left the start 3rd off the line and drove strong all day until a overheating issue with the transmission slowed their pace. “We couldn’t push as hard as we wanted, but we managed to get it in to the finish,” stated Tim. Tim still managed to finish physically 2nd putting him 6th even after incurring a time penalty for missing a visual checkpoint. The finish is still in dispute with race officials.

Cameron Steele had drama from the outset losing his brakes shortly into the race; he had to stop to rebuild his brakes at race mile 80 prior to the upcoming technical section. Clearly out of contention for the win after being down for over an hour, Steele and his crew kept fighting to get the truck back on the course, tearing apart the entire breaking system. The effort continued for hours until the crew realized that the breaking system was beyond repair. “It was not our day. Without working breaks the summit section could have been deadly. Sometimes off-road racing sucks and sometimes it’s great! You have to take on both if you are going to be good at this!” stated Steele. 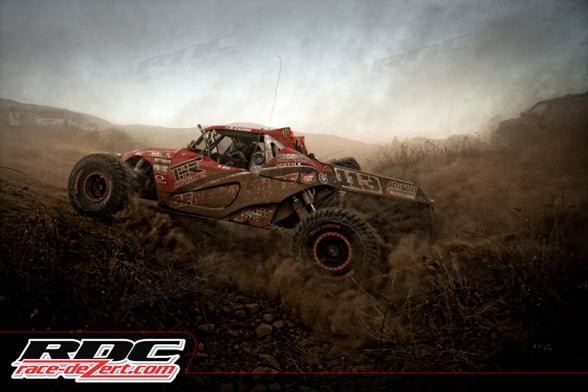 Mikey Childress in the THR Motorsports/Monster Energy Class 1 car started 13th in class and 42nd overall and charged hard trying to pass as many vehicles as possible before the treacherous summit where he knew things would back up. Childress took the lead in Class 1 at race mile 215 but the lead was short lived when he made a critical mistake blowing a corner. Childress was unable to restart his race vehicle and had to replace a starter. Knowing that he was out of range for the win Childress pushed on for a 5th place finish in Class 1. “I came here to win! I feel like we have the car to do it. I just made a mistake and it cost us the race.”

Heidi Steele quickly got to work in her Class 6 truck passing two competitors in 15 minutes of the race. After getting stuck and dealing with mechanical issues Heidi Steele managed to bring her truck into a hard fought 4th place finish. At the end of the long day of off-road battling, Mark Burnett would stand tall wining his class finishing ahead of Heidi. Burnett clipped a cow at the beginning of the race, but managed to keep it together. Later in the race Burnett fell victim to a booby trap the locals had created by digging a giant mud hole. He eventually paid a local $100 to tow him out. “Racing in Baja is crazy! You just got to go with it. We knew if we could get to the finish we would likely win,” stated Burnett.

Photos by Vincent Knakal and Jason Zindroski of Mad Media

D
Kilian Hamlin
Nice shots guys! I love that Childress shot!
As always, awesome shots! Love the heli one too