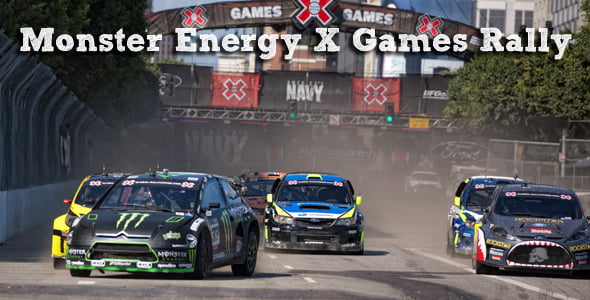 On a custom-built rally course on the streets of LA, Monster Energy Athletes Ken Block, Liam Doran and Dave Mirra battled for medals at X Games 17. European Rally Cross standout Liam Doran made the trip across the pond from his home in England to compete in his first X Games. In downtown Los Angeles, Right in front of the staples center, the course was a combination of pavement and dirt with long straight aways, hairpin turns, and a 52-foot dirt-to-dirt jump. Fans swelled as the stacked field fiercely fought for their chance for X Games gold.

Directed by The Martelli Brothers, Produced by Mad Media